This week if've been dealing with ladders and one-way platforms. The support for ladders was already existent, but there were some things still to complete, like unsticking from the ladder when arriving to the destination, top or bottom... 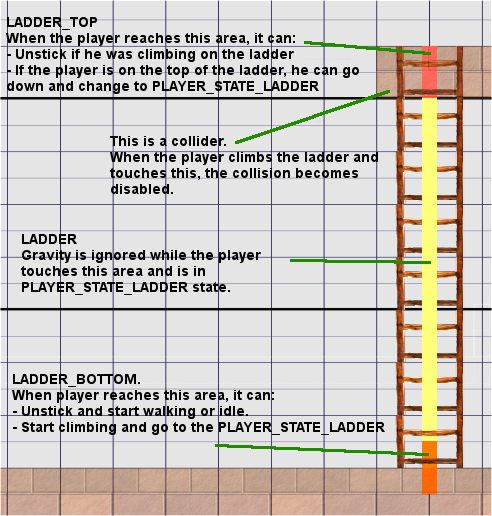 I worked on a kind of prefab system for the main editor.

Prefabs are a cool way of instancing data across your work. If you are editing a Menu page, you can create a button prefab, then use it on several pages, and then change it’s appearance, size, color or whatever and all the pages where this prefab is used will suffer this modification. In our case, I can start populating the rooms of the world with prefabs like torches, ladders, doors or whatever, and later polish them, adding particles to the torches (for instance). This way I’m avoiding having to add the same particles to all the torches of all the rooms in the world.

Curious because, as a lonely developer, I preferred investing some time (2 days) on a feature which will help me improve lazyness : )

Prefab support is only at Editor level, not Engine. From the Engine stand point nothing has changed.

I started working with Neo Texture Edit. I created several materials with it and seems a good way of creating materials and variations for levels. 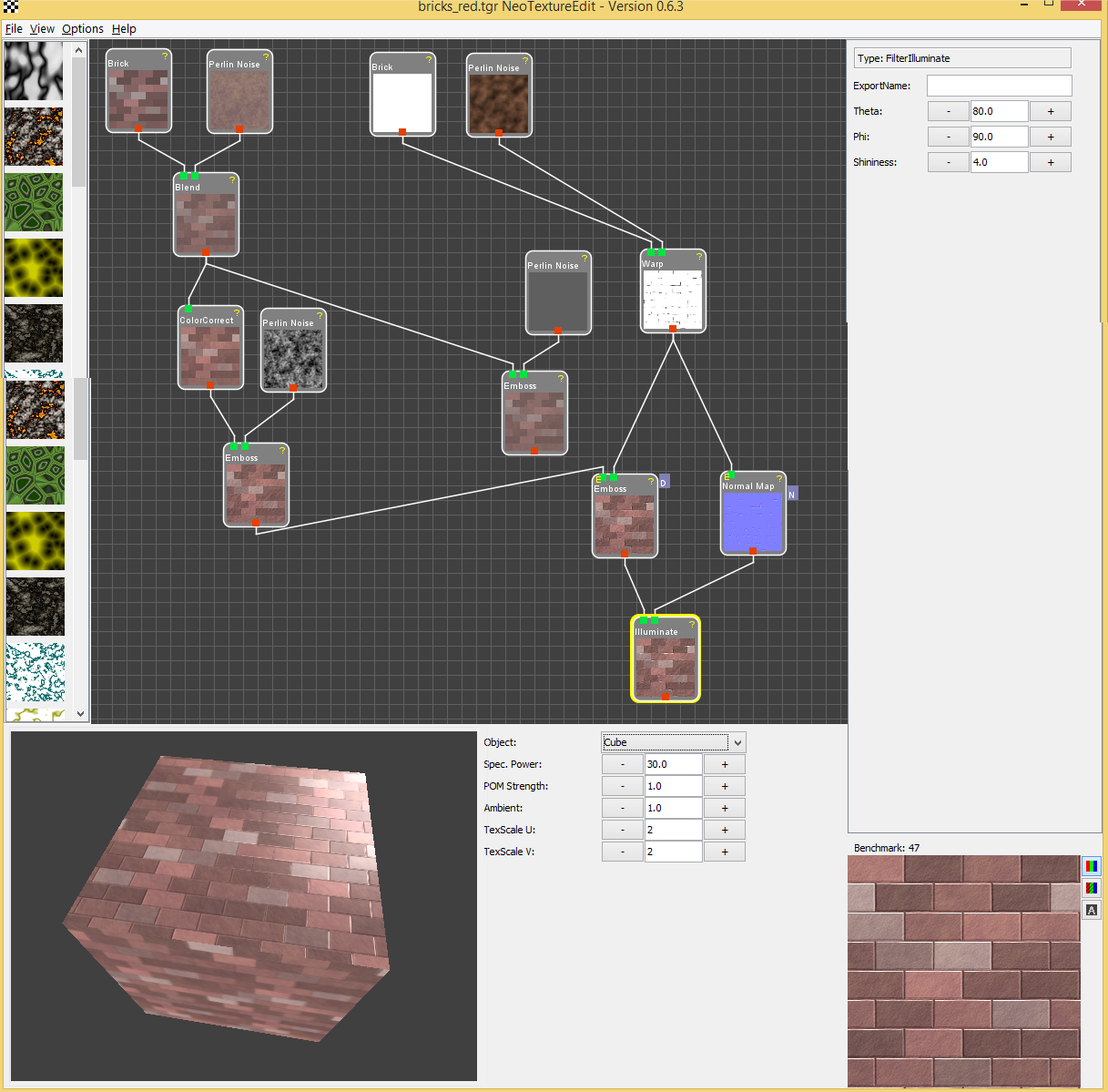 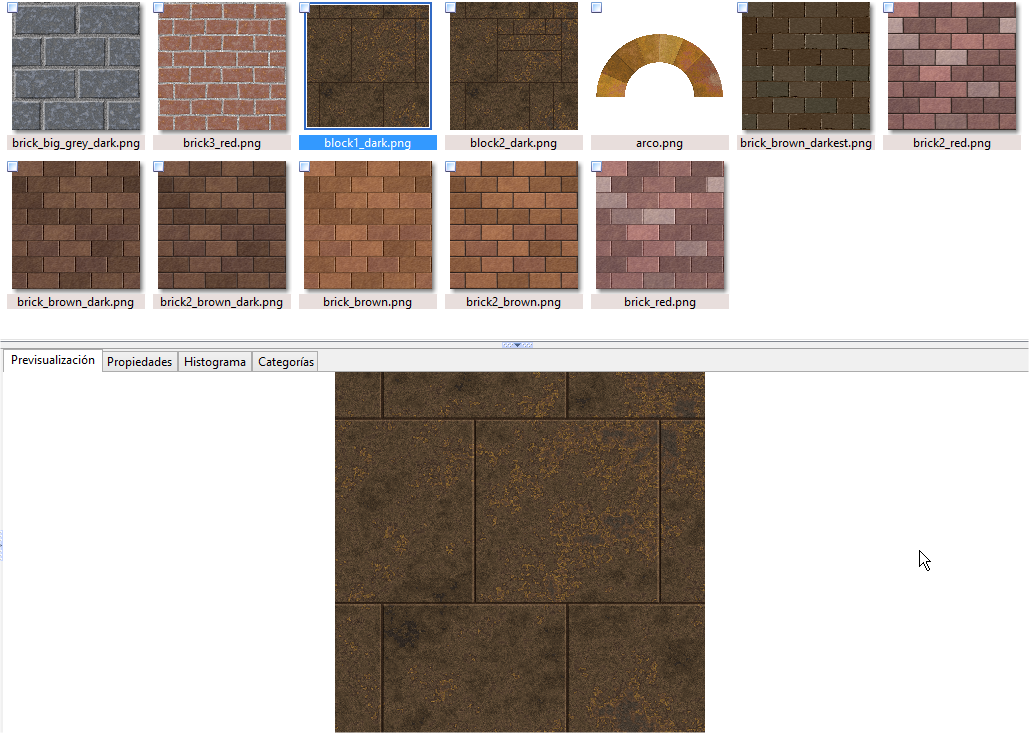 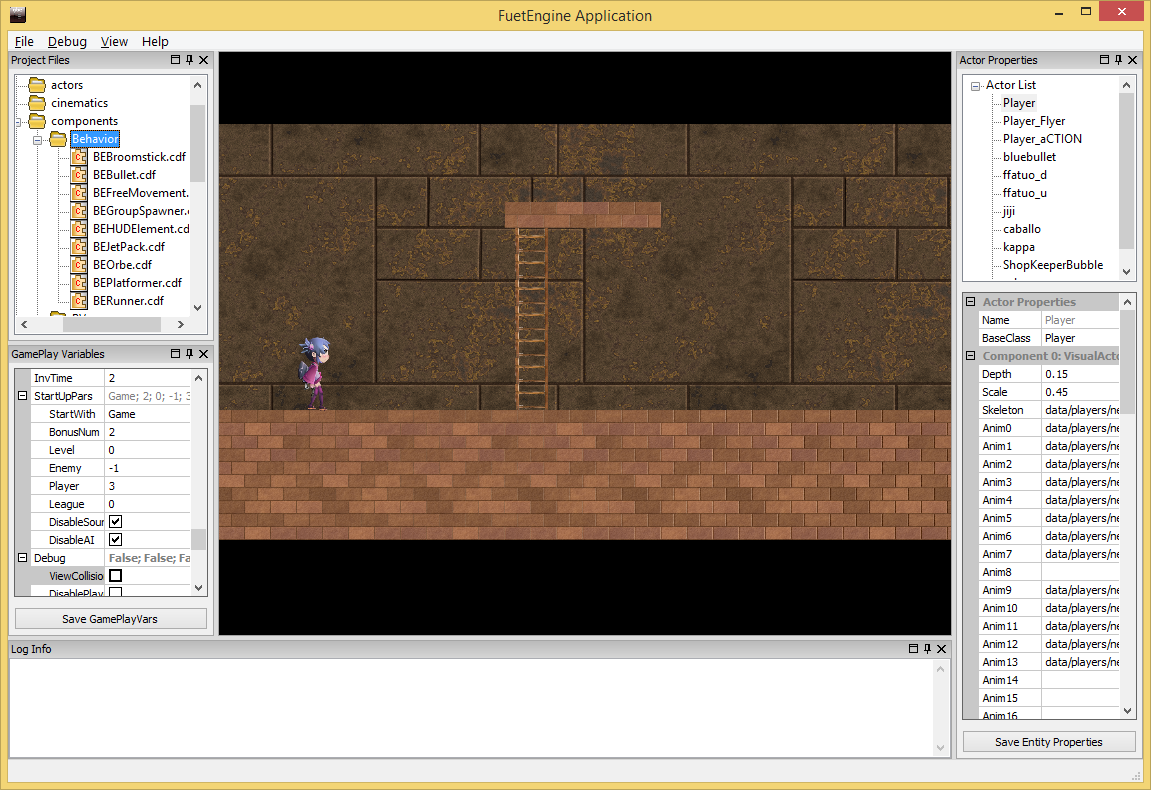 A room with new materials.

I added support for world projected UVs in the Sprite Editor. This simple technique has some interesting benefits.

This system is similar to the level mapping used in the old Quake2. 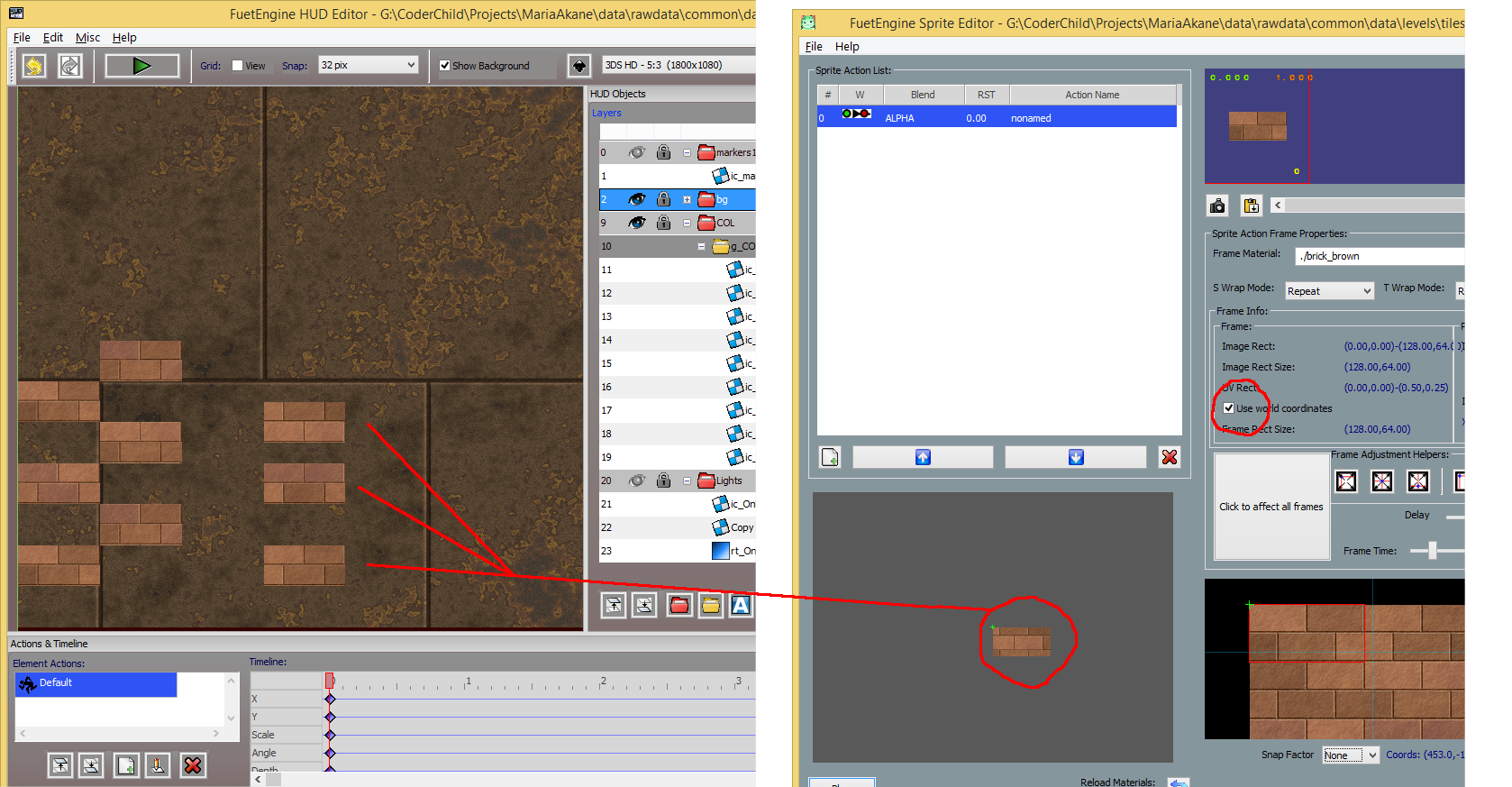 We use only 1 sprite, a brick, but the system, gives you many variations and they fit seamlessly.