Lets talk about buying rival Slaver-Houses, making money from their work and getting fat from their profits!

But what about the Tycoon elements?

Each house has a value called 'Renown'. This represents the History of their illustrious Slaver-House, the current (living) fighters that they have and the stuff that they own. This defines the ranking of each and every House in the League. 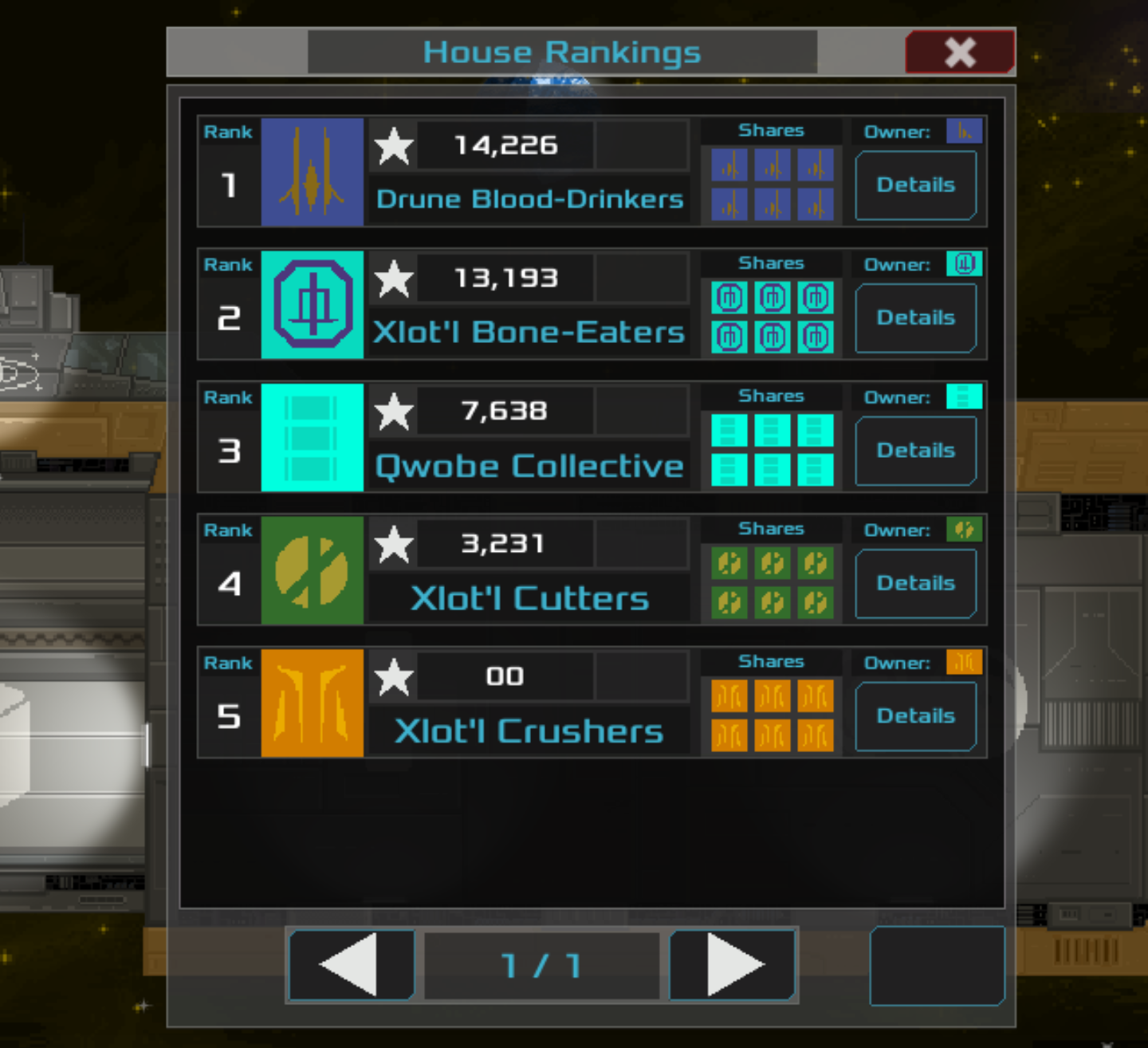 Each victory you achieve in the arena will generate Renown for your House. More importantly, it will give you the chance to kill-off one of your Rival's fighters, reducing their Renown as a result. This will present you with a dilemma - do you let a Slave live so you can Ransom them back for more Credits? Or do you kill them off, to knock your Rival down a notch?

Ascending the rankings will allow you to move on to a bigger and better Pit-Fighting League.

But it's not just the rankings and prowess of your Slaves that benefit your house ranking...

You'll need to Buy some Stuff!

Renown is also calculated based on the amount of stuff you own. Disturbingly, like real life.

Each Slaver-House functions as a company, as their purpose is to generate profit. Each 'Share' of a Slaver-House gains 10% of their income. Purchase 6 Shares (60%), and you'll gain majority control of them.

At the start of the game, each Slaver-House will own 100% of itself, as you can see in the image above, the Slaver-House logo is used to represent ownership.

In this image, the Rival-House has been bought out by the player - changing the 'Current Owner', and dramatically increasing the value of their shares due to an influx of Credits.

However, your own house will function in the same way...

If you want to get a quick boost of Credits, you can Sell the shares you own in your Slaver-House using this same UI.

But this is a high-risk activity! As previously mentioned, each share is 10% of your income - and that will go straight to the holder of your Shares. In addition to this, at the end of each week in the game, you'll need to pay off your debts. If you cannot pay, you'll be forced to sell Shares in your Slaver-House to cover your debts!

Once you lose all of your Shares, you lose the game!

Fortunately you can see all of the incoming and outgoing credits for each Slaver-House in the League, ensuring that you can make an excellent purchase. 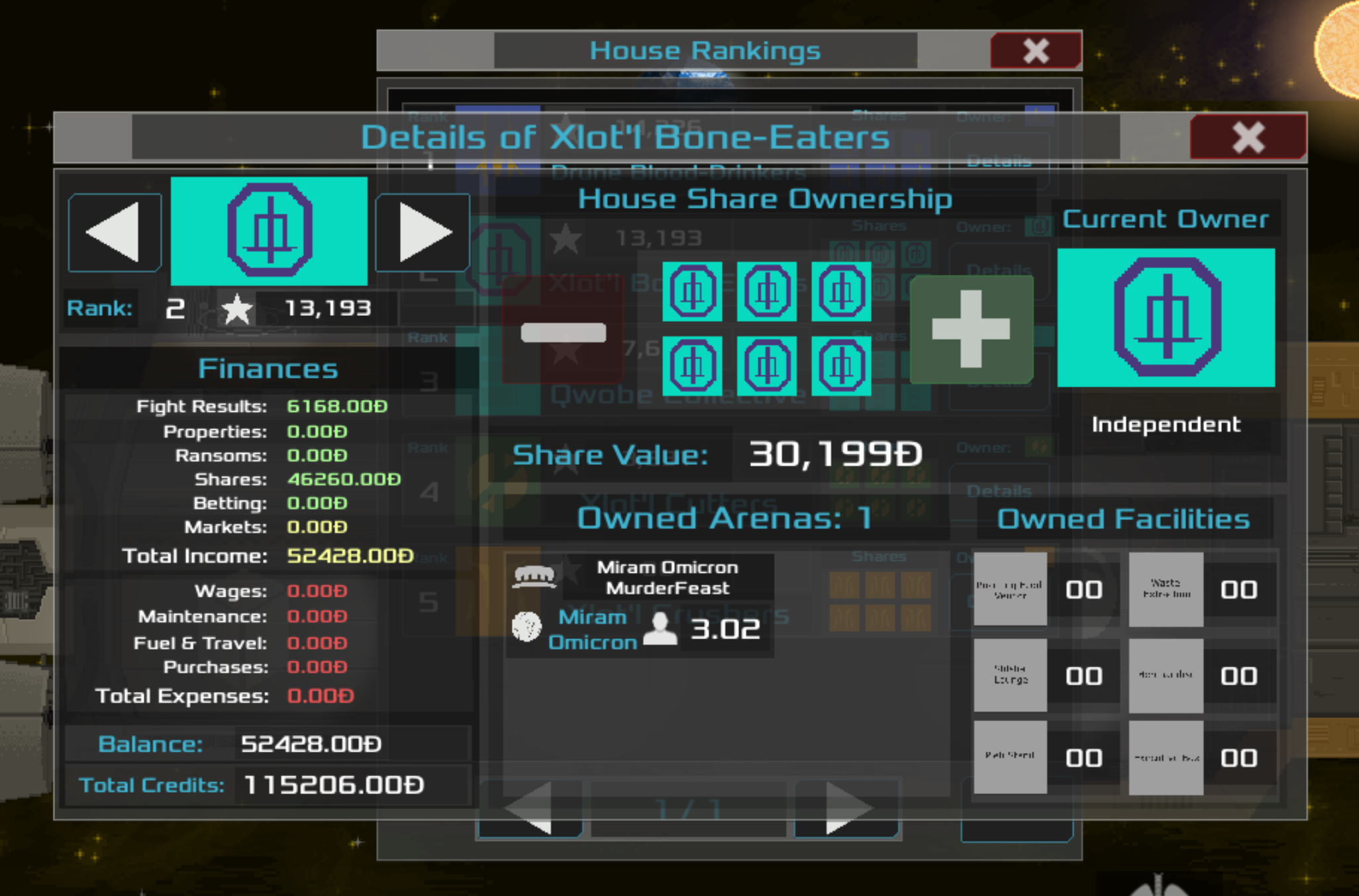 Buying out Rivals is the end-game for a League, as you'll slowly build your Slaving empire with costly acquisitions. Hopefully you'll end up with a monopoly... Otherwise you'll probably end up bankrupt!