1. New Special Move System 2. Design UI prototype 3. Refactoring and Bug fix This is 8th Dev Log of Under the Farm.

Here comes our new devlog!! I think it's been quite a long time since our last devlog.... But I hope you guys don't mind it :) (Please refer to the schedule part for details.) Here's what we've been working on.

Shout, the skill by 'Q' command, was considered an item.
So it was dropped by probability and was available in store.

But in that way, we had difficulty implementing the "special move" we had planned.

1. Players just keep collecting Shout until boss fight.
2. Players do not usually use it, so it's not useful.
3. Using all of the Shout for boss fight makes the boss too easy.
4. It's difficult to balance by just setting the maximum possession limit or adjusting the probability.
5. It's hard to balance, so it's hard to put the uniqueness of a character into the Shout.

So, we designed our new Special Move System.

From now on, it's considered a skill, not an item. You can use the Special Move when gauge is full. The gauge is filled up when you hit the monsters.

When you use this, you become bigger, invincible, and you can fire a pair of beer guns. Returns to original state After a certain time. 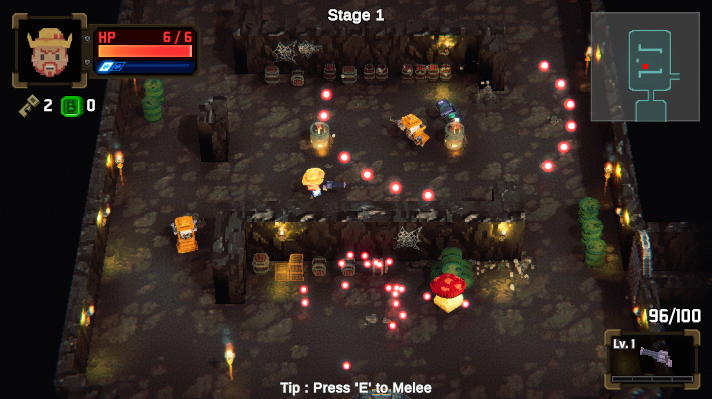 We updated the temporary HP bar and applied the Special Move gauges with the new design. Minimap and gun UI have also been improved. 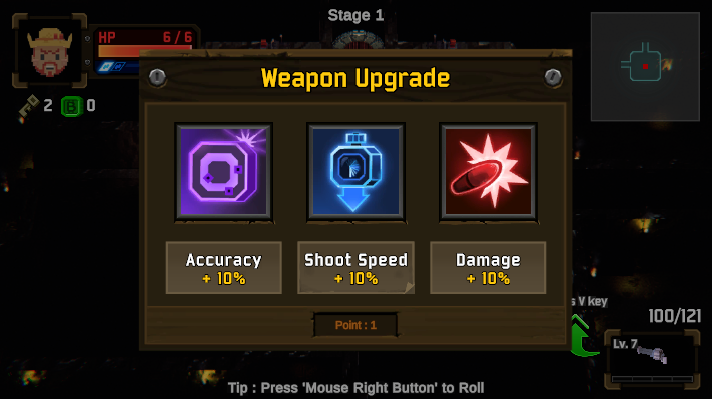 Popup that selects upgrade ability of the gun after level up. 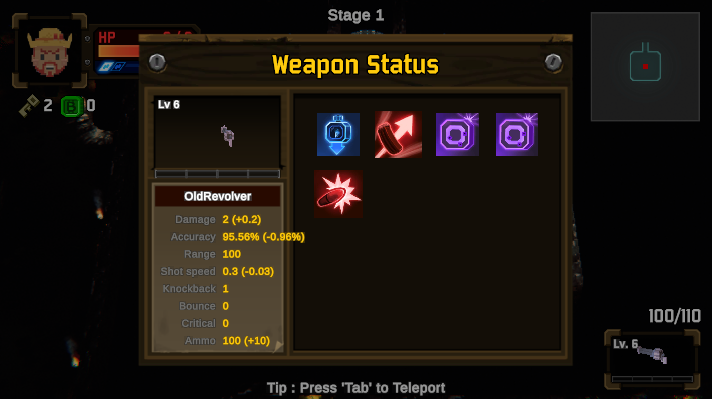 This allows you to check the upgrades you have made so far. And you can also check the detailed stats of the weapons currently in use. When information gets longer, it sticks out of the window. (it's a bug...)
We will show only the total information first, and make the details to be shown on mouse over.

From the last 18th week build, there has been a massive refactoring effort. In the aftermath, a lot of big and small bugs were found. Through refactoring, the following bugs are additionally fixed:

1. Errors when restart after game over (cutscene bug / Cannot shoot / Cannot open the upgrade window, etc.)
2. Errors when proceeding to the next level after clearing (Problem of resetting Stats such as HP)
3. Errors about hero hit effect

Two weeks ago, one member left the team for personal reasons. We have been together for a long time, we feel sorry and vacancy... So over the past two weeks we spent time for that.

In addition, There is some problems outside of development. It is such as development funds and development space issues. Since we have to solve these problems, the progress of the work will be a little slower.

We will be able to release a new development schedule that reflects these issue in the near future.

Today's story is about Bird friends trapped in dungeons.

When the Crop-Humans and the devil began to fight,
Crop-Humans called for help out.
And the bird friends who heard it decided to help them.
But by the powerful demon army,
bird friends have also become trapped in the cage.
If you take these guys out of the cage,
they will be willing to help you.