Hello, we're Appetizer Games, indie game developer.
Develop games from 2012 and consist of 4 members.
Now we're developing our new game, 'Under the Farm' and
want to share our progress to get your feedback.

UtF is roguelike action shooting game.
You have to be a member of the Howard Family and
go down to the bottom of an unidentified dungeon.
And there, you have to drive out the great demon,
the source that causes crops to fester.
Fight against various monsters and break through the dungeon !! 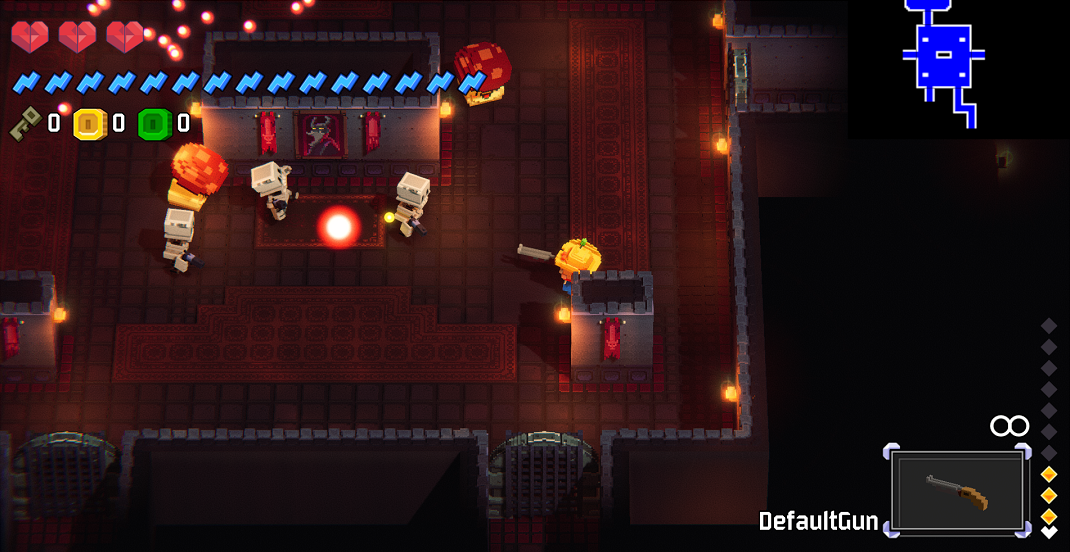 As you can see from the screenshots of the game,
we're take inspiration from the same genres
Enter the Gungeon, Binding of Isaac, and Nuclear Throne.
We are especially affected and enthusiastic fan of EtG.

To bring the advantages of the existing games well, and
to make the games have the characteristics of Appetizer Games,
we'll do our best. Many cheers please :)

The game is being developed with 24 weeks schedules.
We have developed this game for 12 weeks.
And our goal was to create a playable build
to see the macro cycle of the game.

We want to polishing and release the game
after developing 12 more weeks.
(I don't know if it will be as planned, anyway ;))

The overall plans for the future are as follows.

If you wanna know more, please check the following table.

You can also download test build on itch.io
Appetizergames.itch.io