Two important changes to game mechanics in this update - grenade throwing precision based on skill and distance and weapon/armor durability.

Two important changes to game mechanics in this update. 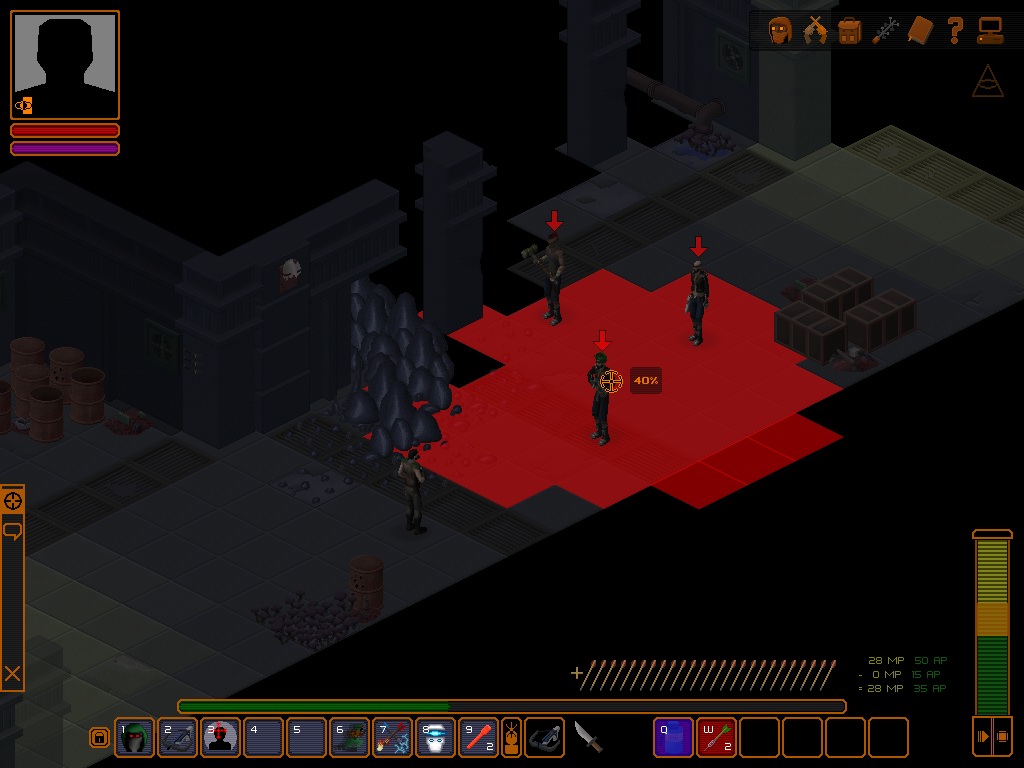 A lot of you have been complaining of how overpowered and game changing the grenades are due to how easy it currently is to deploy them exactly where you want even with no points invested in the skill, so I made some long overdue changes:

I've introduced item durability for weapons and armor pieces (helmet, torso armor and boots). Now, some of you might not like this but hear me out first.

My main motivation for introducing degradable equipment is to reduce the amount of money the player can accumulate past the early game. As you start delving into "dungeon" areas of the game, you start finding more and more loot. And there has to be plenty of loot because different characters need different things and you have to give every type of character a decent chance to find a weapon/armor that he can use. Furthermore, whenever you kill an armed NPC (or a bunch of them) you get to loot their weapons and armor.

So very quickly you find yourself with a bunch of spare weapons and armors sets that you can just trade for a heap of money and whatever your heart desires. It's not supposed to be that easy. So now whenever you find a weapon or armor in a dungeon or loot it from a corpse it will have reduced durability and hence the cost. You can then repair the item and use it yourself, you can sell it for a percentage of its total value depending on how damaged it currently is, or, if you are crafty enough, you can recycle it for "scraps" that you can then use to create repair kits. You can also purchase repair kits from merchants, they will be plentiful.

There are three types of durability - mechanical (firearms, crossbows, metal armors, etc), electrical (energy and electroshock weapons) and fabric (leather armors, tactical vests). Depending on the item's durability type, the skills used to recycle the item (and then create repair kit from scraps) are mechanics, electronics and tailoring respectively.

And now I'm done messing with game mechanics for a while. Next up, new areas and quests.