The development on Shaper's shuffle has been an exciting adventure of ups downs and no sleep! Here is a basic summary of whats happened what Shaper's Shuffle is, and is going to be. 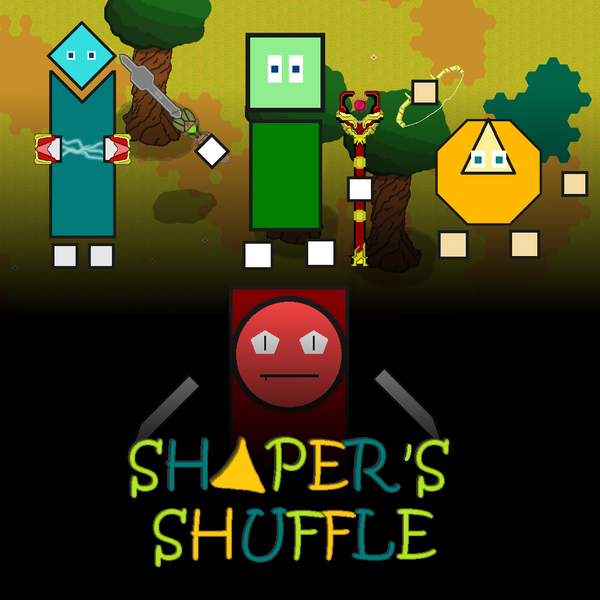 Hey guys so this is the first dev log that i have done for Shaper's Shuffle, and i want to try and get one out every Friday/Saturday or whenever i have time or something cool to say.

Anyways i came up with the idea for this game when i was in my Discrete Structures class (aka Computer wizardry class). The basic concept was simple, i wanted to make a game that was extremely replay-able, had a unique art style and would be fun to play. So i was thinking about how could i do this and i started drawing squares on my paper and it hit me, I can make everything very random by using random combinations of shapes.

After much planning i came up with Codename: Shapley, a top down adventure game where you have a randomly generated world of shapes in which you would fight randomly generated shape monsters in do RANDOMLY GENERATED quests/dungeons. If you didn't catch it the game has a lot of randoms in it making it very re-playable and the shapes gave it that unique art style that i wanted. This was important, in my last game (Inevitabilty) i ignored making good art before release and it came back to haunt me, so i ended up spend a lot of the next 5 updates making the art actually good :P 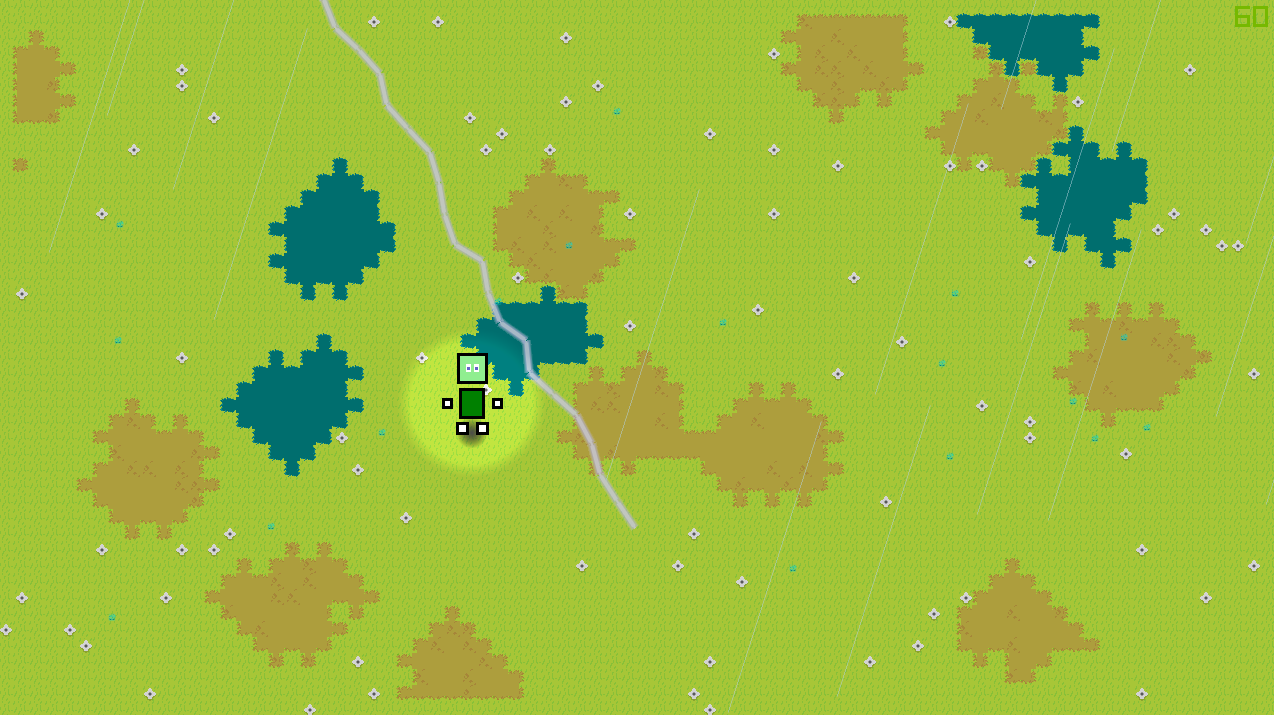 So i started to work on it and immediately started with effects i could add to make the world truly come alive. I learned a whole ton about how to program effects.

I ended up just working on effects and art for a solid couple months or so adding a day/night cycle and world objects like trees and houses and started to add HUD elements. Alongside all this i was also working on the foundation for the AI and much of the randomness in the world. 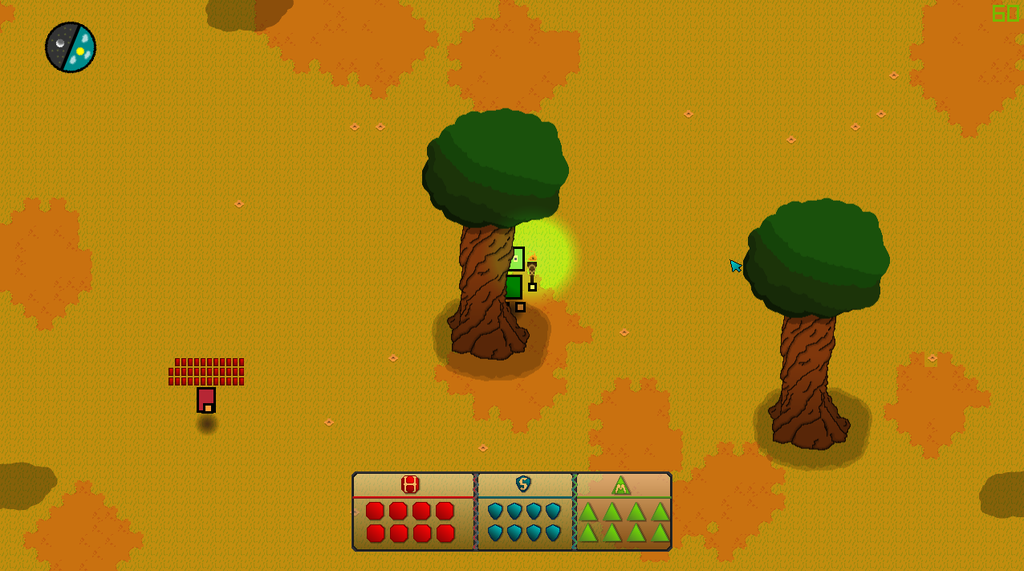 A sunset with the old HUD

The new year was approaching and development was going slower than i had planned so i decided to jump start it. Like any sane man the way i was going to do this was to stay awake as long as i could and code and do more art. I ended up only lasting 33 hours after i started to get a really bad headache and was hearing voices, but it still breathed a whole lot of new life into the project and really got it going again. During this binge it picked up its name, partial cover art, a foundation for the skill system, and most importantly i changed the land to be made of hexagons instead of squares because hexagons are the best shape. 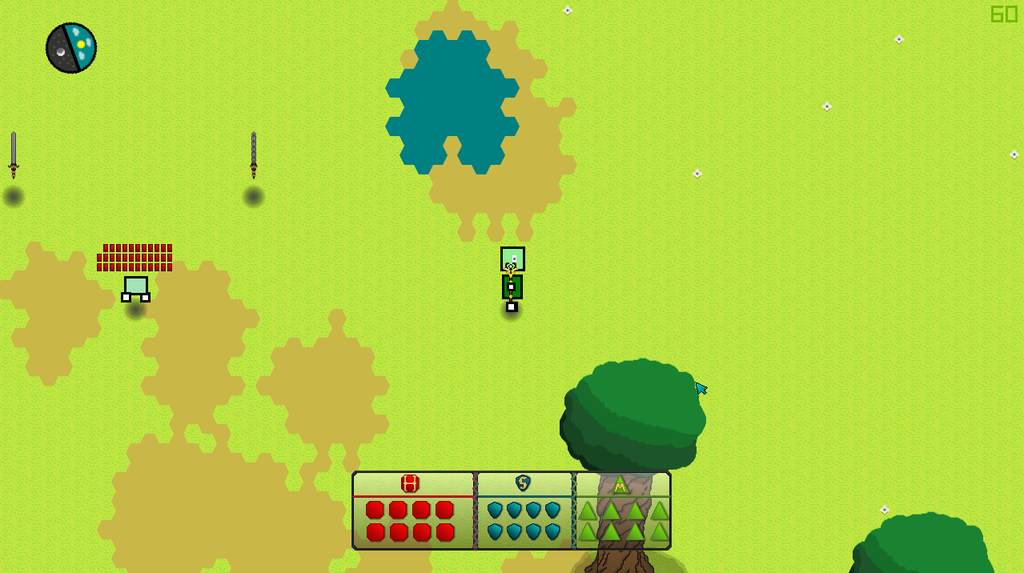 Hour 12 of the game jam screenshot

This game jam motivated me so much and really showed me how fun this game can be so since the jam i have been pouring almost all of my free time into this game making it the best game it can be!!

Since the game jam i have changed much of the game and am still adding all kinds of cool effects along the way to keep the game pretty. I could go on forever about everything I've done since then but ill save that for another Dev Log. 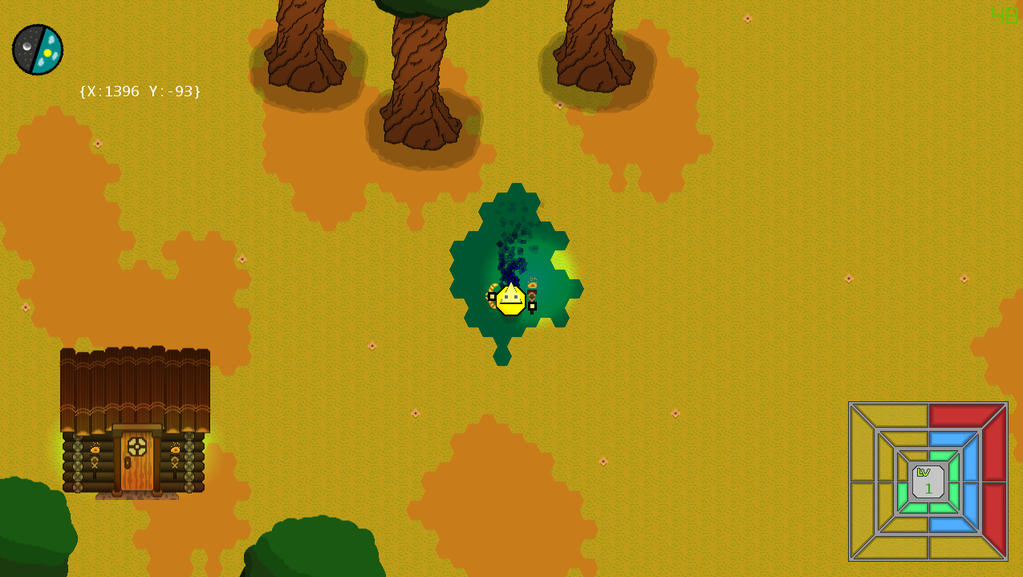 I really hope that Shaper's Shuffle can be fully realized and not get ignored due to lack of art like my last game and i think that we can do it :D Thanks guys hope to see you soon!