Post news RSS Dev. journal: day 6 - The new game mode and the things that I forgot to say

Hello again, my name is Carlos, the creator and only developer of this game, and here, I will explain the new game mode and the things that I forgot to say on last post :p

Let's start with the things that I forgot to say: 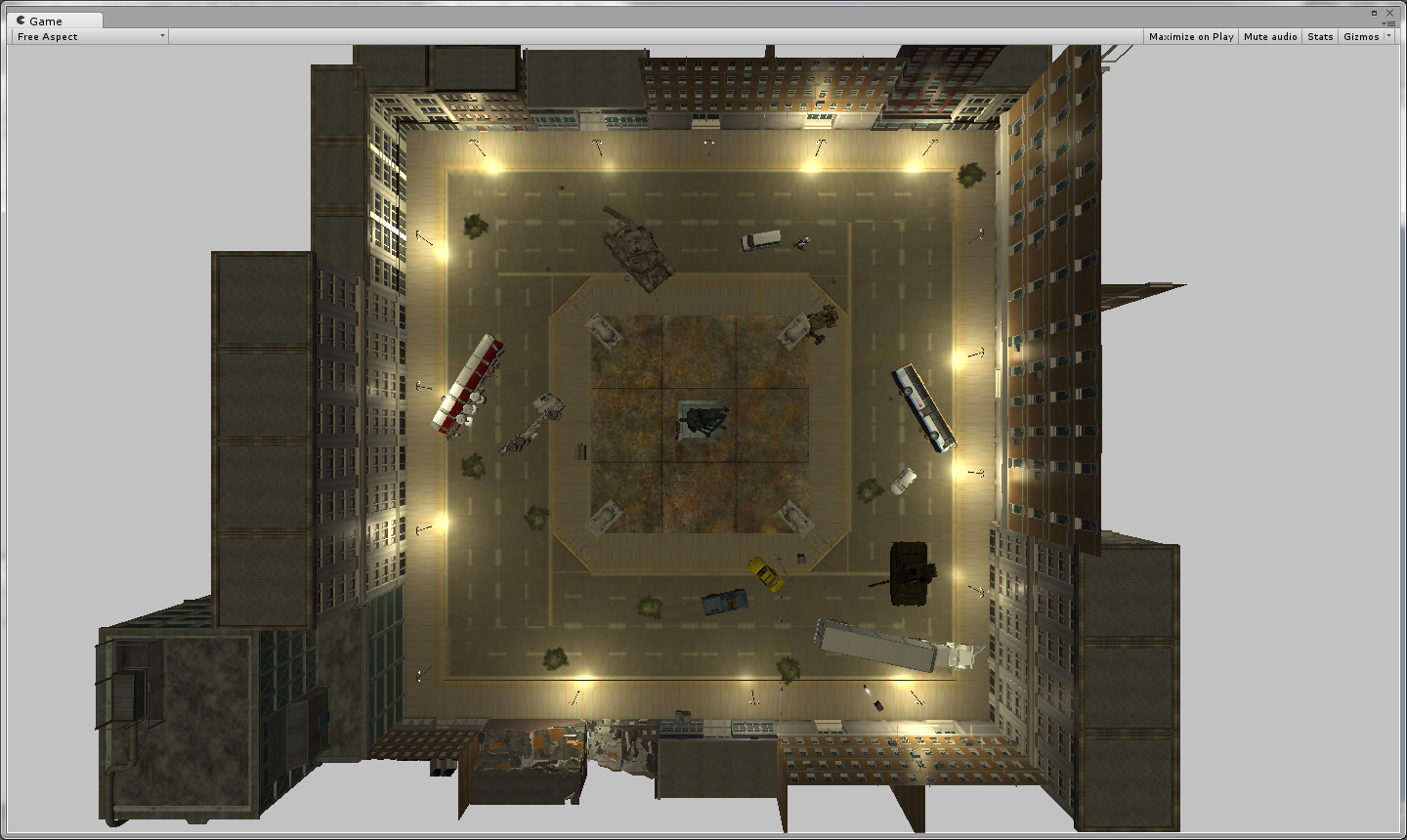 This one is a small FFA map, and there's nothing special about it. It's small, have some covers. 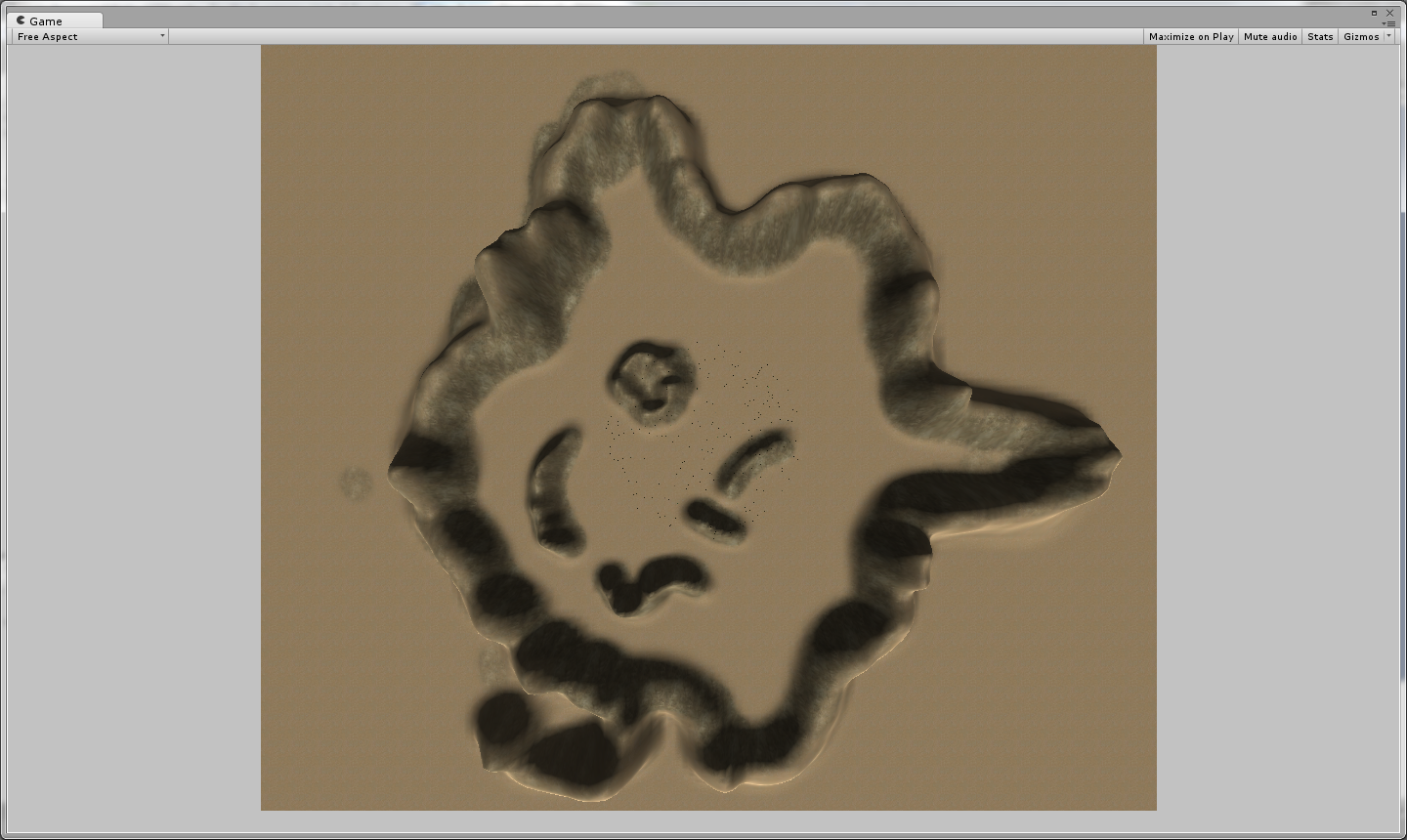 This one still not entirely done, it have the outer mountains, so no one can exit the fight zone, but it still some decoration with destroyed vehicles, cactus, and other small things.

Conflict on the crossroad 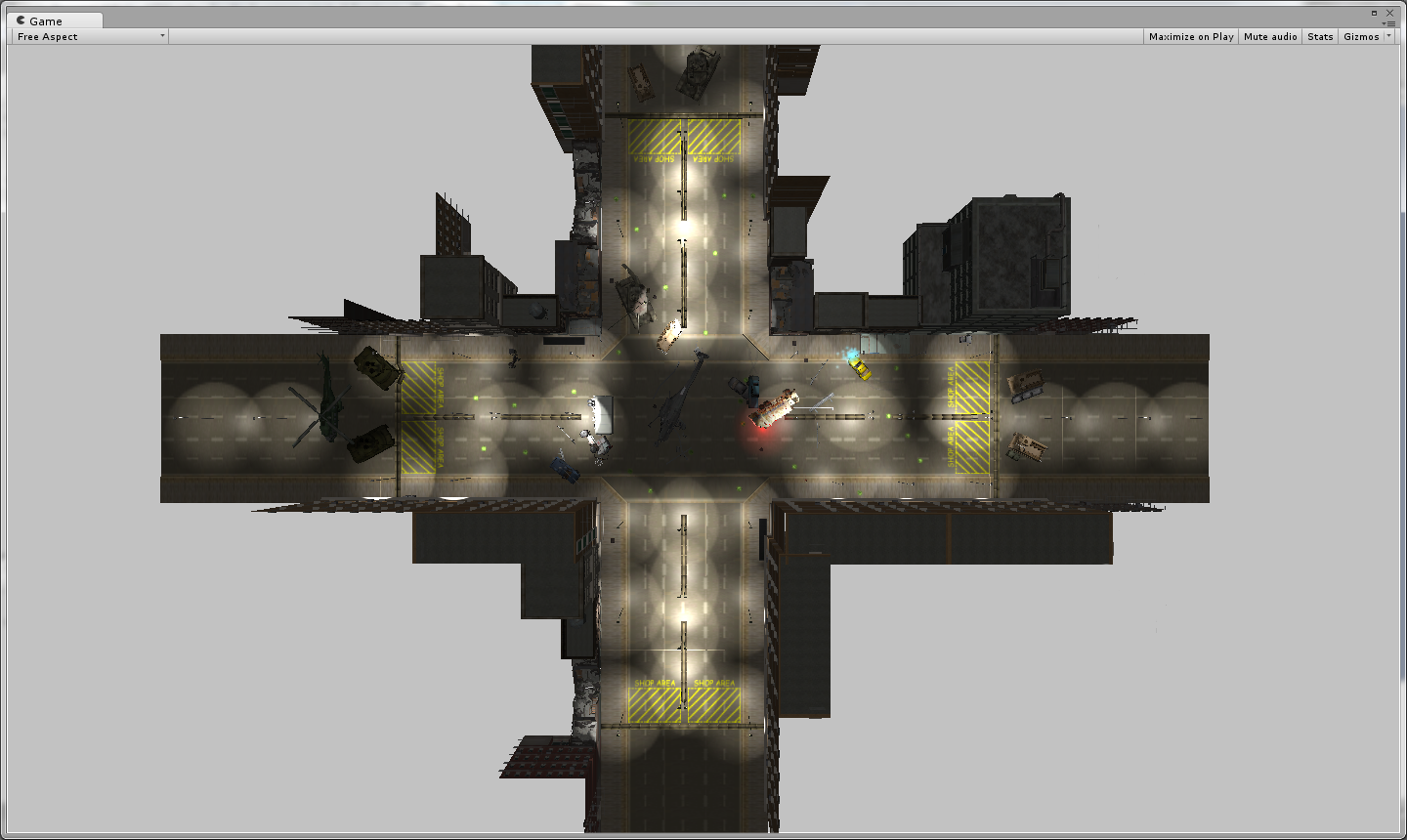 This one is a small TDM map with the main conflict focus being right on the middle, where the 4 factions can battle each other. 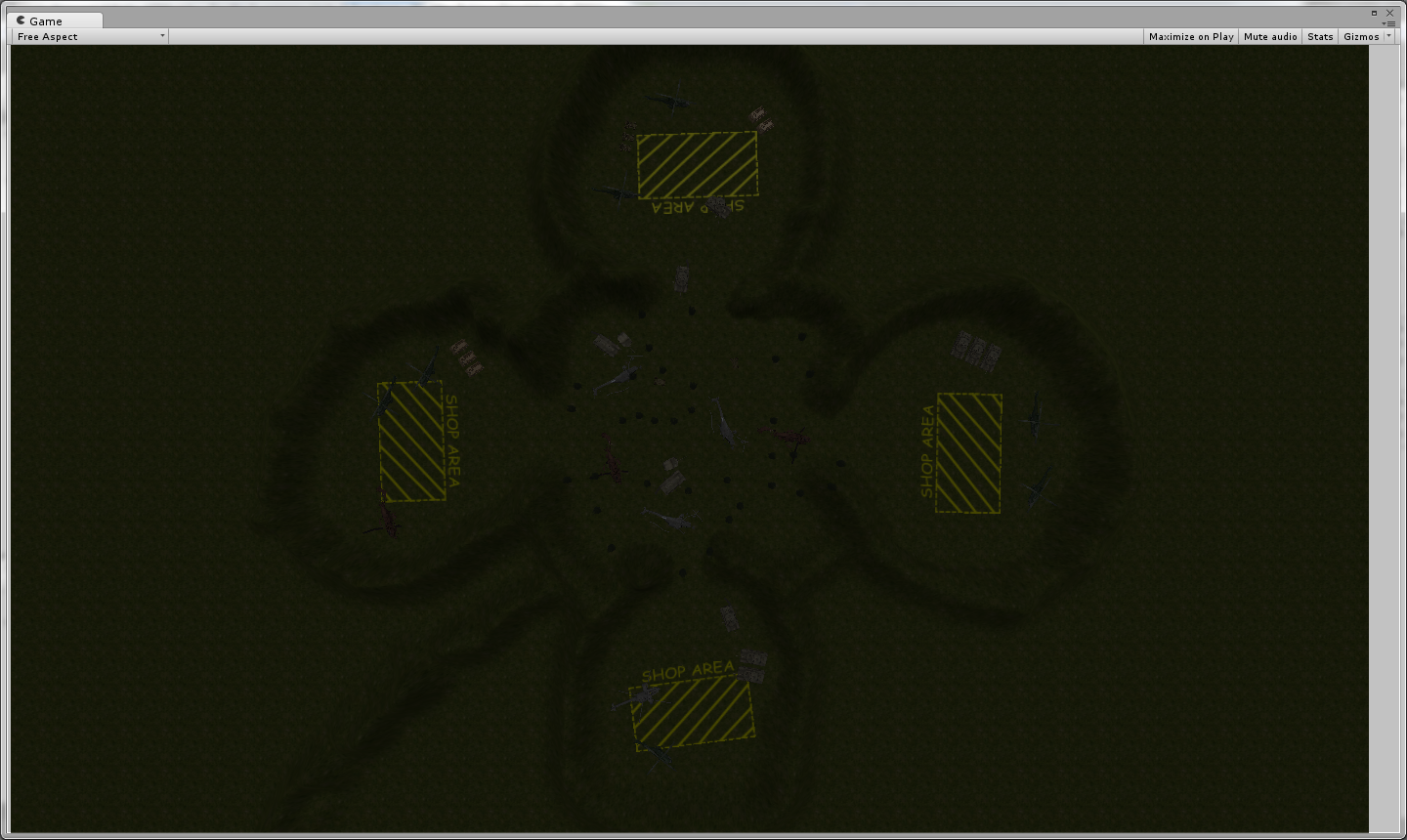 This one, as the desert combat map, still to be done, but this one is already playable.

And that's it, far as I remember, only forgot to speak about the maps. Now lets talk about the new game mode the

I think everyone here knows the principle of capture the flag, but let's talk about it any way.

In this game mode, you objective is to attack and capture the enemy flag and get it to your base to your team get a point and also not let any of the other teams get you flags, or they will get a point. 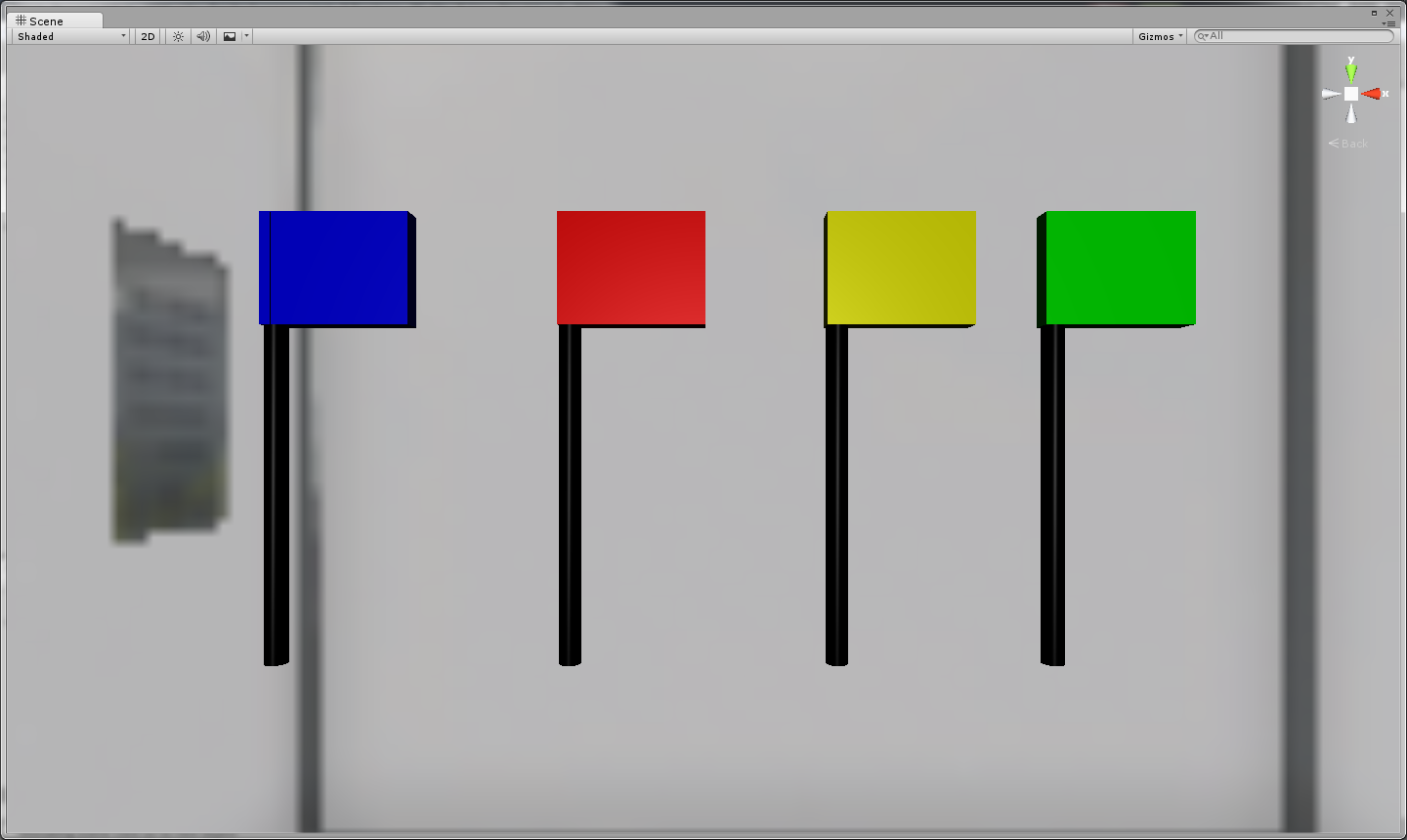 Right now these are the beautiful flags that the game have, one for each team. Blue for team 1, read for team 2 and so on.

The game mechanic of CTF:

As you probably already know, CTF is fairly simple game mode, run to the enemy team base, get their flag and run back to your base to score a point. Now it's time to speak about the little things that happens when any of these actions occur!

Let's start talking about the flag. To get the flag, you really need to pass through it, otherwise, you will just pass by and not pick it up.

When someone have the flag, their speed is halved, and become a easy prey to the team get their flag back. Down here is your velocity WITHOUT the flag.

And here, is your velocity WITH the flag.

As you can see, while you're with the flag, your velocity will be slower, and consequently, you be a easy target if you're going for a suicidal mission of get the flag.

But if you manage to get the flag, and bring it to your base and score a point, you velocity will be normal again, and you will receive a money bonus for your bravery! (The money part still to be done :P)

So, this is the basic of the CTF mechanics, still some things to do, like put the money reward, machine gun emplacements, and sniper rifles to counter the machine gun... But this, this is a journal for another day.

PS: Unfortunately, with this update I managed to, somehow, make the score system not functional, I tried everything to make it work, but nothing, probably I will re-code it...

For the Supremacy Arcade
Related Engines