A look into how the indie iOS game Burglars, Inc. got its start.

Posted by fuzzyorbitgames on Feb 7th, 2017

Hi everyone! For those curious about how the indie iOS puzzle game Burglars, Inc. got started, here’s a quick peek into the game’s origins.

In the summer of 2013, Andy and Patrick were working together at a large game studio that was wrapping up a many year, multi-platform project. Andy suggested to Patrick that they should make a personal project on the side to fulfill an irresistible passion to create their own lovingly crafted games – he’d be the tech guy and Patrick would be the art/design guy. Patrick agreed, of course!

Andy had some success on the iPhone previously with 2008’s Koi Pond, so creating another iOS title seemed like a good place to start. Patrick came up with a rough concept for a new kind of puzzle game called Tesla’s Coils. Below is the first sketch of the game dated 5/21/2013. It’s ugly, but it’s the definitive beginning of Burglars, Inc. 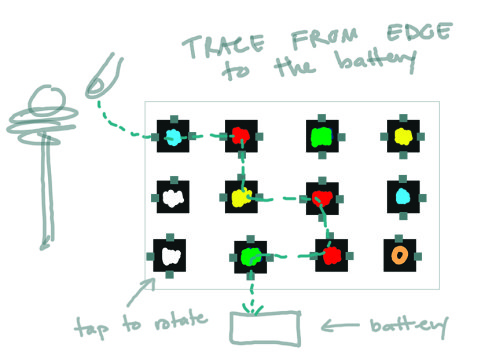 The idea for this puzzle game was to create a chain that connected Tesla coils on the left or right of the screen down to a giant battery at the bottom. Once complete, the player would tap the coil and a bolt of electric lightning would run through the chain and charge the battery.

Andy thought that the general game idea was good, but was unsure about the “Tesla” theme. After some thought, Patrick came up with an idea to frame the same puzzle mechanic as a burglar trying to break into a safe. It was decided that this might be a more exciting angle to try. Pictured below is the first basic prototype of the game on the left…and on the right is the completed product many, many iterations later. So. Many. Iterations... 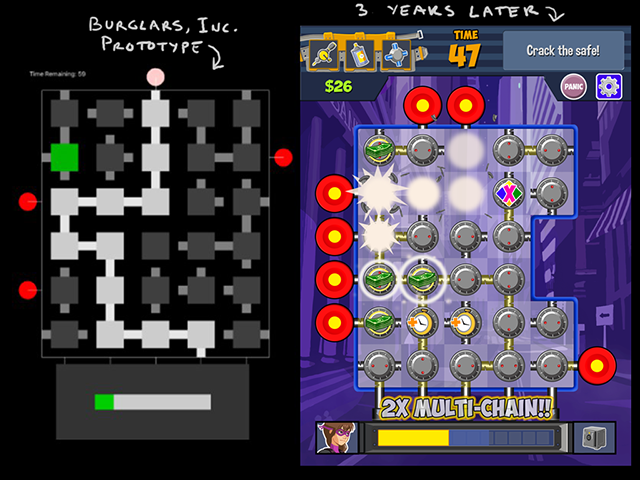 The prototype proved the puzzle mechanic was simple and fun, so now all that needed to be done was to build the game! Patrick started to rough out some characters that could inhabit the world. The first sketch he made is pictured below on the left. After some revisions, the main character Chase was born. 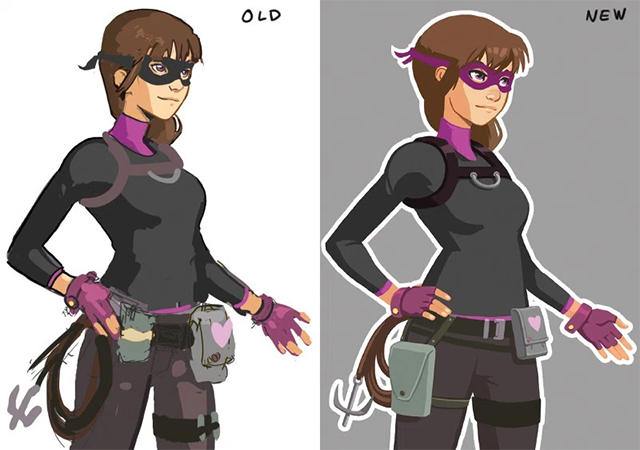 As work continued, a vision started to coalesce around a group of burglars working in a corrupt city, stealing back things for the good citizens like modern day Robin Hoods. Andy came up with a name for this group, and consequently the name for the game – Burglars, Inc.

Below is the first rough sketch of the city where the game takes place. As the setting and story developed for the game, it went through a lot of changes. Although he drew it, Patrick honestly can’t remember why there’s pink slices of cake in the image on the left. Mmmmm…cake… 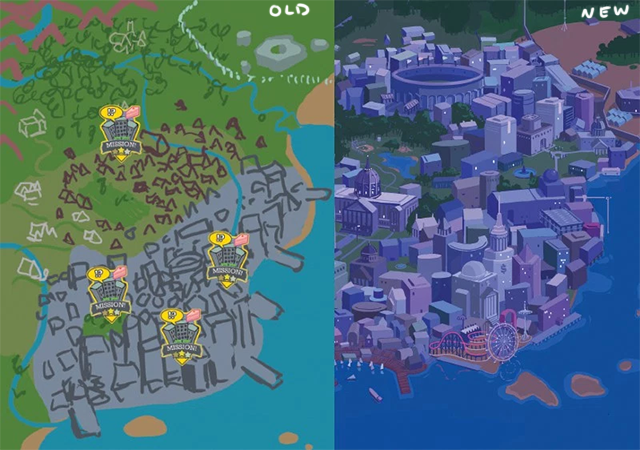 Well, that’s how it all got started! It’s come a loooong way after a lot of sweat and tears and is finally out on the Apple App Store and is free to try (no micro-transactions). Let us know what you think!