I've mentioned Protection Rackets and Reputation in the last article – but how do you get them? And what are the benfits/downsides?

Reputation and Protection Rackets – Wide vs Tall in Voxel Turf

I've mentioned Protection Rackets in the last article – but how does this work? And reputation was mentioned in the last video, but what is that and how does it work?

You can managing your real estate and racketeering empire from your penthouse apartment!

Saving up money to buy or place new buildings costs money, and it takes time to accumulate money. You can get some money from missions but its hard to get off the ground. This is why I've added a protection racketeering mechanic.

Above: An unowned residential building. Here you can choose to either buy it or racketeer it

Racketeered lots give you a small portion of their income (15%) but you do not have to pay any of the expenses. This is a good way to make money, especially from buildings that make some money but do not turn a profit.

They lots are "weakly/illegitimately" controlled by the player. Your control over them is only valid if you can project power over the area. Losing nearby bases will cause you to lose the racket.

Owned lots are legally owned core territory – the only way you can be forced to lose owned lots is if you lose ALL of your bases in a Turf War, and even then they are only abandoned - not captured by your foe.

The cost? Reputation. Reputation is a stat that you accumulate from doing things such as completing missions, killing bandits, winning races, placing buildings and building custom buildings. 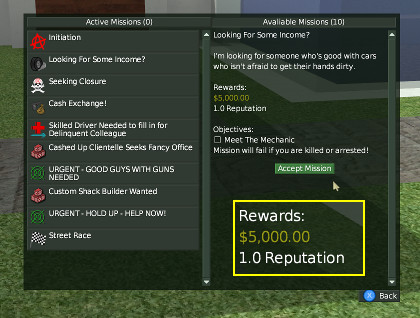 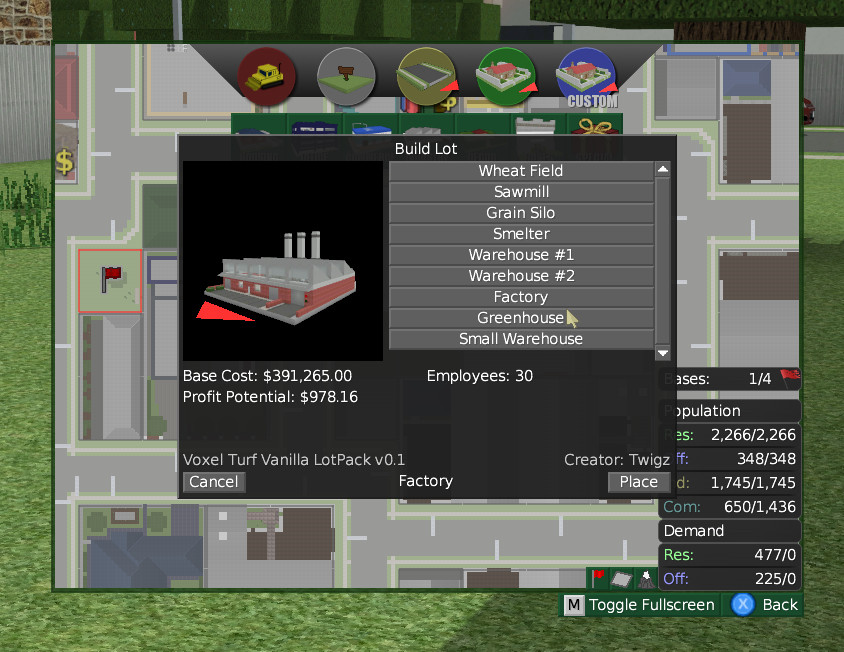 Above: Get reputation from doing missions or placing buildings 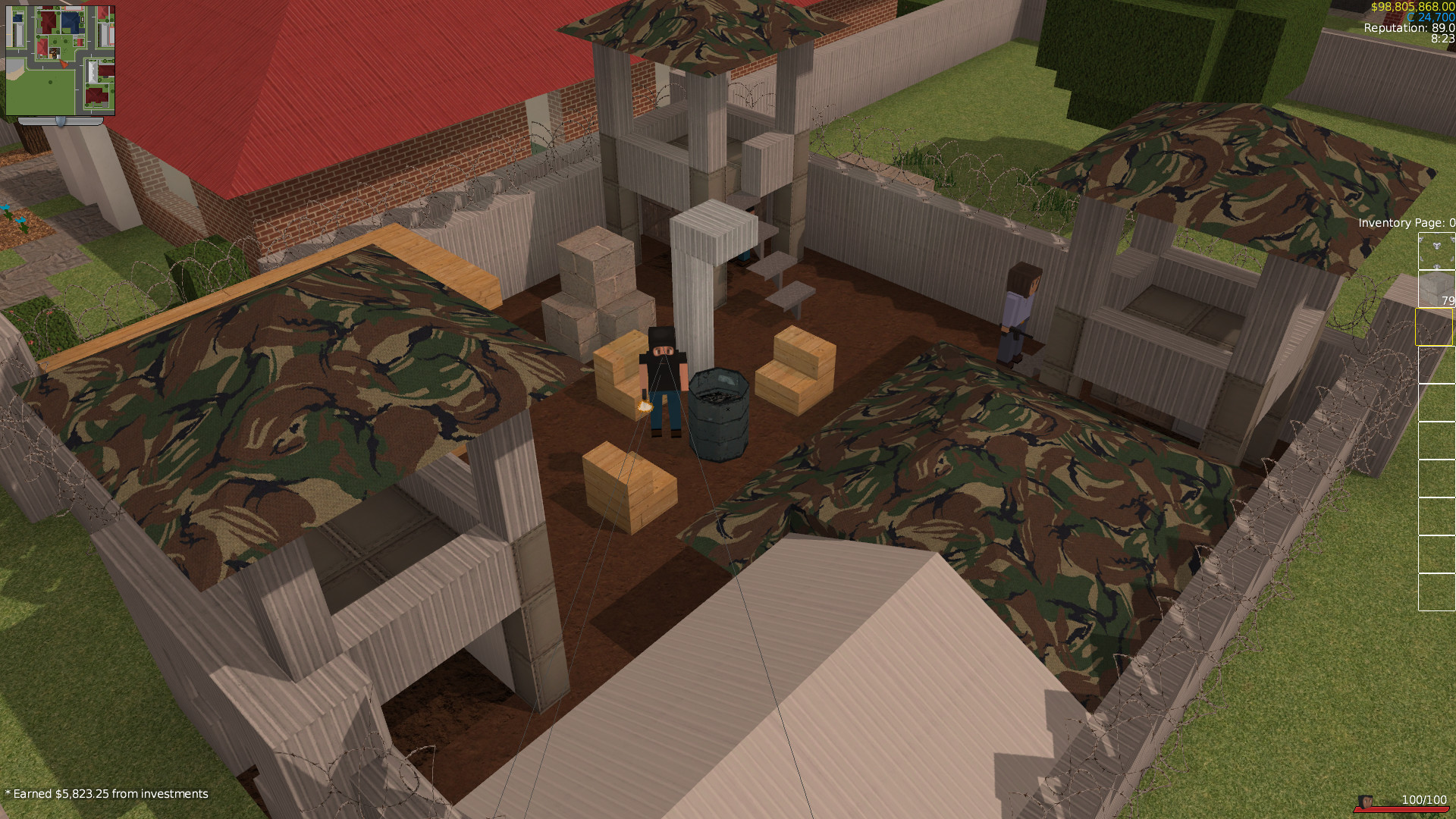 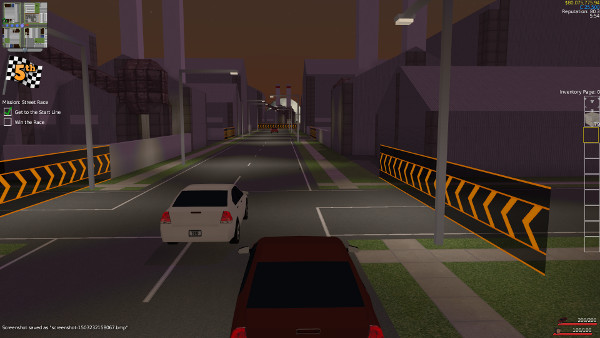 Above: Killing bandits and participating in races also nets you rep!

Missions give a fixed reputation reward. Placing buildings gives you reputation that an equivalent lot would give you if racketeered - if a house costs 1.2 Reputation to racketeer then building an identical house would give you 1.2 reputation. Killing bandits gives 0.2 reputation per bandit killed, increasing with the level of the bandit. Races give you scaling reputation based on your finish position. And finally building custom buildings block by block will give you the same reputation boost that a placed building of the same value would.

Reputation can be spent to "offer protection" (racketeer) to a lot. The cost scales with the value of the lot. Because you can get reputation faster than you can get money you can snowball in wealth relatively quickly. 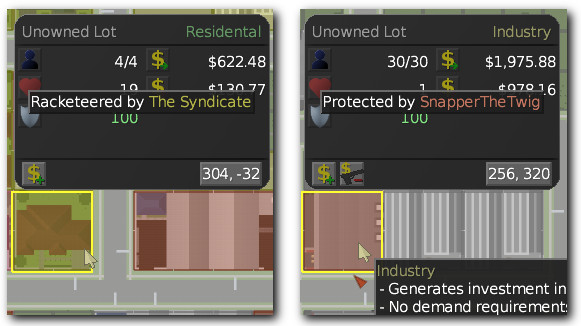 Your rackets are displayed as "protected" - but other player's lots are "racketeered" ;)

Reputation can also be spent to make AI factions like you. In addition, stockpiling reputation gives you up to +20 opinion bonus at 100 reputation.

Watch out though - it you are killed or arrested you'll lose either 1.0 reputation or 5% of your current reputation, whichever is greater.

Racketeering is wide-play. You can get a large racketeering empire, but you'll need to control a large part of the map and you'll only get a small bit of income from each building. Buying lots is tall play – you can make a lot of money by only owning a few buildings.

Above: A comparison between a group of owned (left) vs racketeered (right) lots with enhanced shading. Both sides make the same amount of money

Risks and Downsides to Racketeering

There are some risks and downsides to racketeering:

Fully owned lots/buildings remain under your control even if you lose the base its attached to. 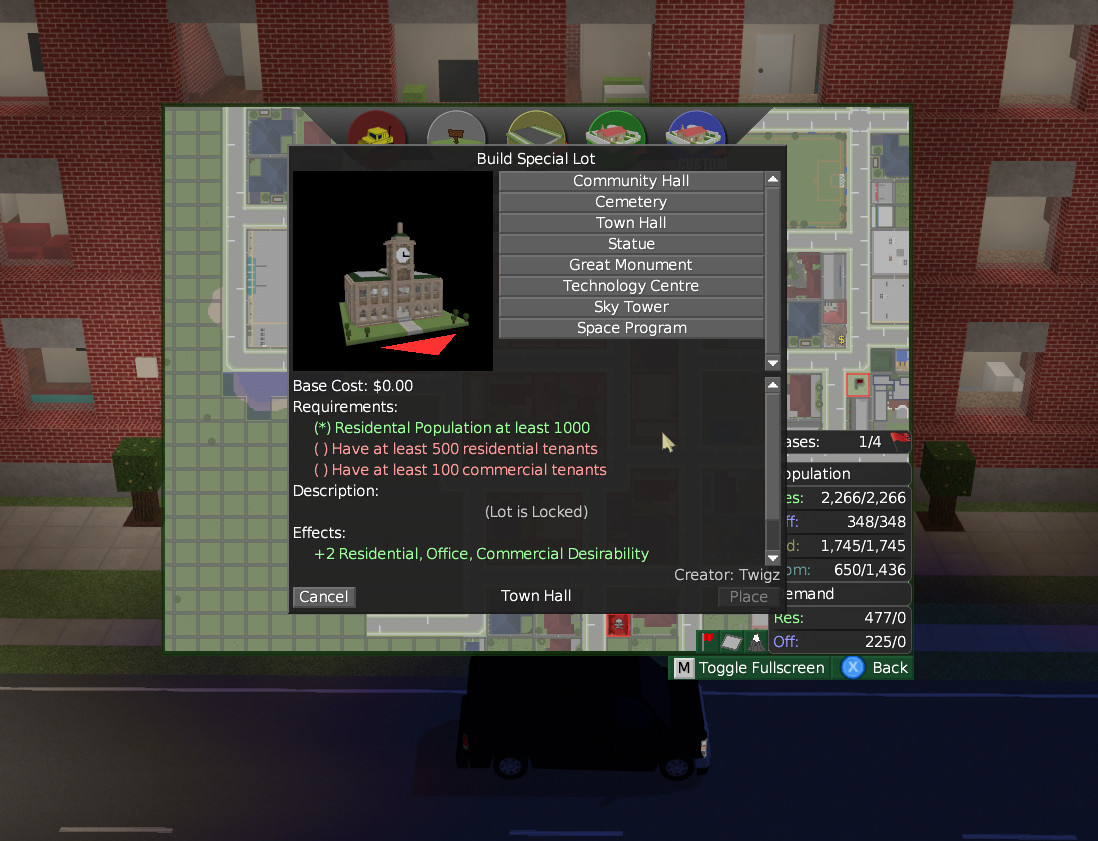 You can unlock special buildings that give you bonuses to desirability, but only in lots that you own outright