In this dev. diary we will talk about how we are trying to secure funding for the game, the development updates made in September as well as the plans we have for this month regarding cutscenes and cinematics.

Hi there, and welcome to a new development article. This time we will cover the development of the game through September as well as the side projects we are making. We will also go through the reasons for the time we've spent developing tools and assets both for the game and for public release, as well as giving a short roadmap of the features we are adding to the game during October.

During September and October, we are adding all the finishing touches to the main scene of EP 1 as well as preparing the smaller, more detailed secondary scenes. This means that we are also spending large amounts of time making lightmaps and calculating the dynamic GI used on the different scenes to add a more realistic look to everything.

As part of our work to improve the scenes and as preparation for a later part of the episode, we've also developed a quite advanced fur shader that allows us to render highly detailed animals with full support for shadows and advanced lighting ( a must given the kind of game that 3am is ) and optimized enough to allow us to render the hundreds of animals needed for our set piece. We've tested it successfully in two different models we've released for sale, and are currently adapting it for a better integration with our game. 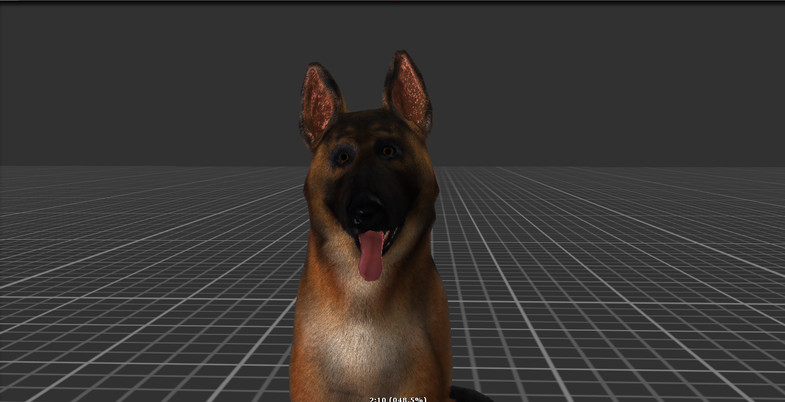 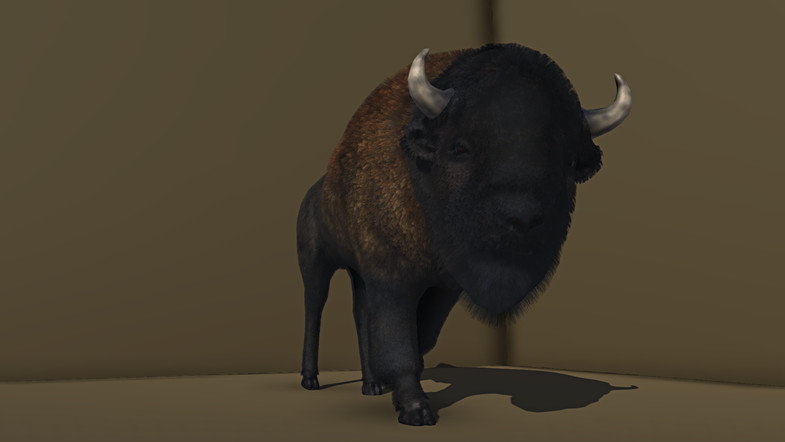 Dozens of different animals and background characters are also being animated right now to bring more life to the scenes, as we are quickly developing the meat of the story. 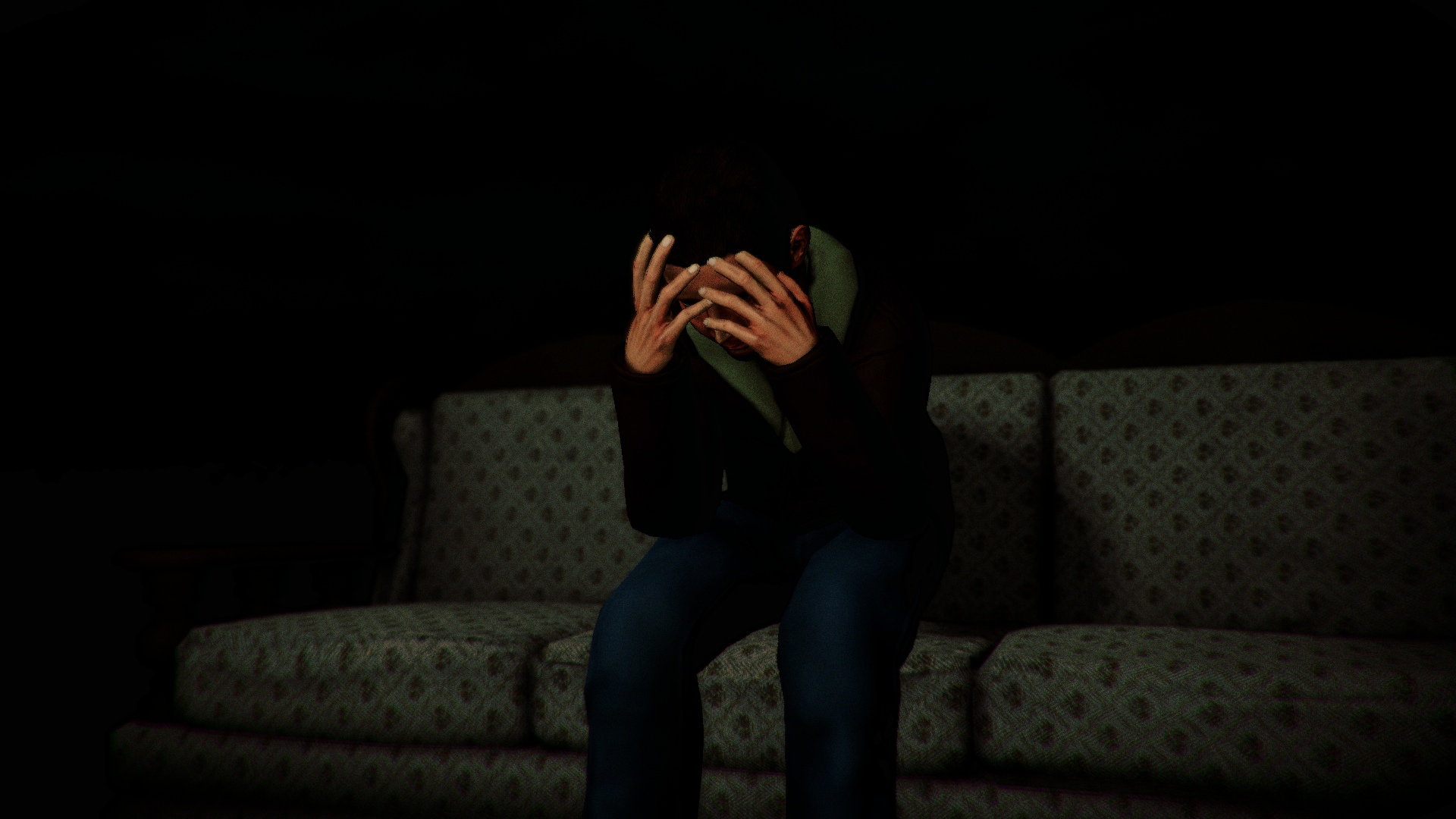 As part of our work with the storyline of the game, we're developing several tools that will allow us to speed up the framing and construction of the different cutscenes and in-game cinematics. 3am is a game built around its story and characters, and as such it is very important to have a good camera system in place to quickly prototype and test our scenes and the camera takes, and making the needed changes in no time.

The second part of this is the character animations. Our team is very small and because of that we do not have easy access to motion capture animations. Besides, the nature of the game demands performances rather than generic animations, and this has caused the amount of work needed for each episode to grow considerably as we have to mix the full body animations made by hand with the facial animations that we keyframe with our tools, all while syncing them with the voice performances of the different actors and actresses and their unique personalities.

While we are moving forward with this as fast as possible, the amount of work is immense as we have to animate individually more than 80 lines of dialogue for each character on each Episode to account for the different player choices and story paths.

Tools, assets and the delays

with the game's development

As you may have noticed in the last 3 months, we've been spending a good amount of time developing tools and assets for the Unity Asset Store as a side project, along with the main development of the game. What does this mean for 3:00am Dead Time, though? Is the game still being developed at the same speed as before? 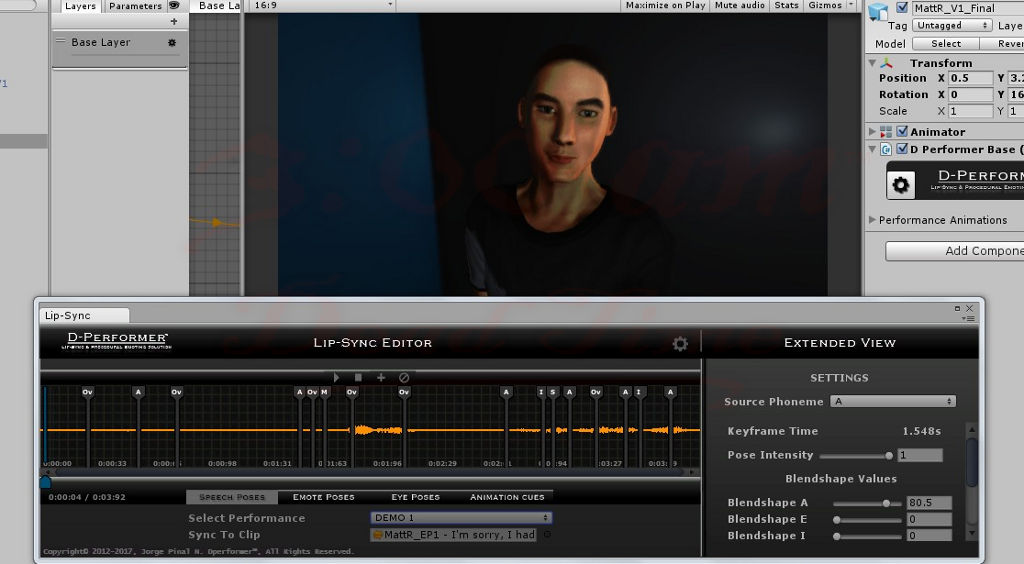 The reason behind these changes is a simple one. Making a game of the size and scope of 3:00am Dead Time requires funding. The software we use to make the characters is not optimal, our own hardware was extremely underpowered until recently, and most of the tools and plugins we need for the game and to accelerate the development are far outside our budget, forcing us to develop custom alternatives of our own. While it is true that this has allowed us to master many different abilities in a relatively short time as well as helped us to improve the stability of the whole game as most (if not all) of the code used has been entirely made by us, it has also slowed down the general progress a great deal, as we need to basically re-invent the wheel with every new obstacle we find.

To avoid this, and to try to get a more stable source of funding for the game as well as to have a way to get the tools we need and the help we require, as well as focusing more of our time on developing the actual game instead of solving so many issues by ourselves, we've decided to start releasing many of the tools and assets we've been developing during this time. This of course takes time out from the development of the game, but in the long run it will make it easier and much more secure that we will release the game in the way we intended and with all the features we planned from the beginning. 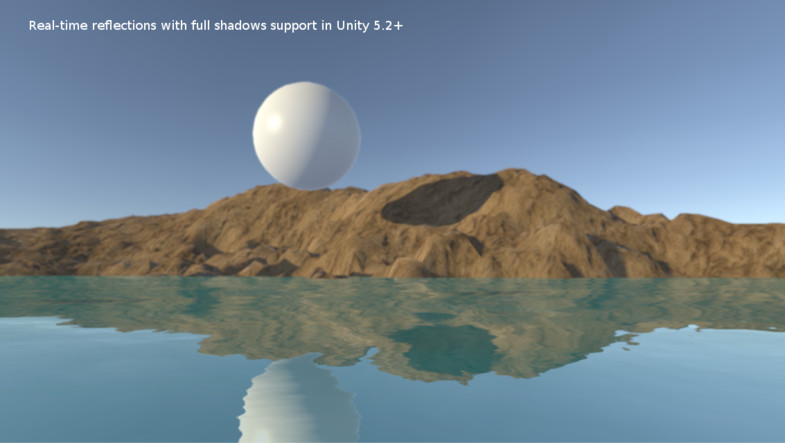 The game is in active development as always, and while our original goal of making this our full time job has not been possible yet due to our lack of funds, we are still making our best efforts to guarantee that the game is developed without interruptions and without cutting corners.

The tools we are finishing right now will also help greatly the development of the game, as they are a collection of advanced sound managers that calculate accurate and fast sound distortion, occlusion and transitions. They will help us make the ambiance of the game reach its full potential.

Our other assets (to be released this month) include extensive animation work that we are using in 3am as well, for the animals and other characters.

This way, even while working on side projects to raise our funds, we are also making progress with our main game.

With clear goals and objectives in place, as well as building a much more stable source of income during these months, we are convinced that 3:00am Dead Time will become a reality in the way we always intended in a shorter time.

Thanks for reading this development diary, and until next time!