Welcome to a new monthly recap for 3:00am Dead Time. In this article we will cover the new designs for the main characters, the monsters, new rendering techniques added for the facial animations, as well as some technical development towards the first private tests of the game.

Welcome to a new monthly recap for 3:00am Dead Time. This last month was full of great progress in the development of the game, mainly on the art. While a good portion of this progress has some serious spoilers, we have a lot to show for this one. Let's begin.

One of the techniques we researched and included in the game was the use of dynamic normal maps for all the character expressions. This technique allows us to add a completely new level of detail to every character, making their expressions produce different wrinkles and finer elements to make them more believable.

To develop this technique in a way that didn't compromise the performance of the rest of the game, we had to once again improve our skin rendering shader, adding real surface scattering as well as translucency and support for 8 different expression areas. The shader was also reduced to have a DX9 version, much simpler, to guarantee that low-end PC's can still have a stable performance.

Dynamic Normalmaps in Unity, for 3:00am Dead Time - Indie DB

Developing each expression map for each character means a new 3D sculpture made specifically for this purpose. It is a difficult and time consuming process, but the results are completely worth it. While we are using this technique for the facial expressions, we have plans to expand its use to the character's clothes, environment effects etc.

One of the most difficult parts of modelling a human character is the hair. While designing our characters we considered two different approaches for this problem. We could either go with DX11 level hair simulation through tesellation or use a less demanding approach with polygon based hair cards. We chose the later, as it frees more resources in the hardware that will be used for more complex effects, while keeping the game's requirements low enough for a better range of PCs.

Hair modelling is, as we said, a very difficult task. Each character has its very own hairstyle with an average of 300 to 2,000 hair cards which are individually placed by hand. The hair textures we use are also hand painted and designed for each character. 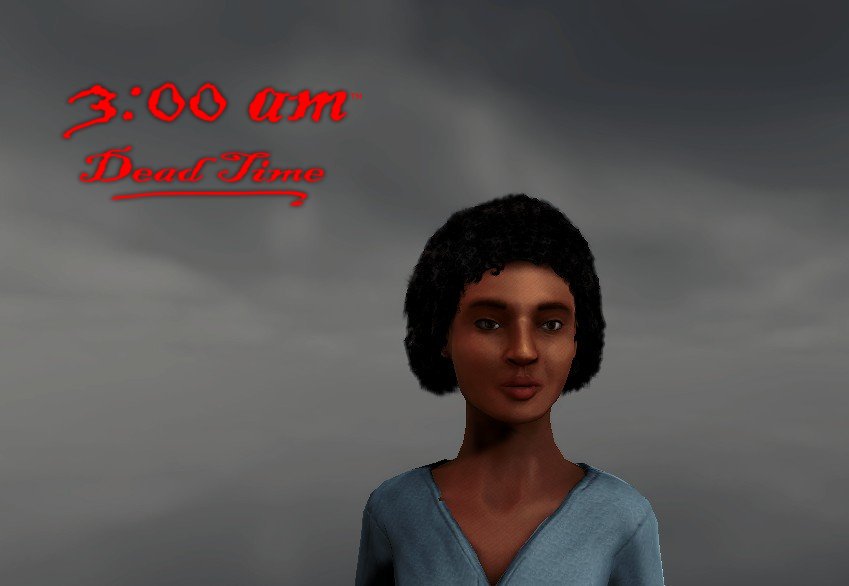 Finally, to end this recap of February's development, we want to introduce you for the first time to the 5 protagonists of 3:00am Dead Time. 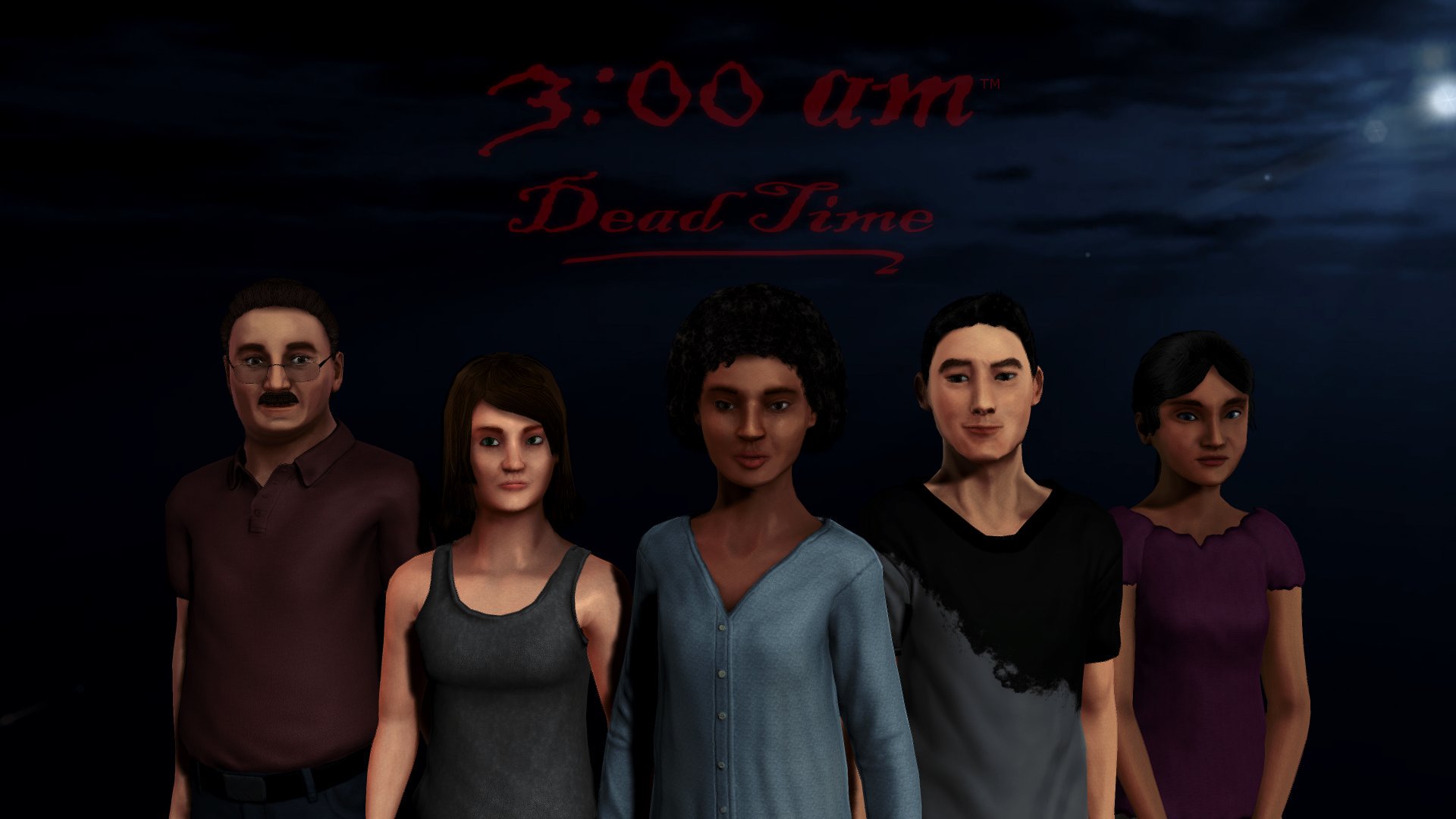 They are, from left to right :

These characters have their very own stories and motivations, their own attitudes and findings during the story. From Erik's troubled past, to Naya's inquisitive attitude or Matt's carefree spirit, each one of them have a lot to contribute to the team and the investigation. During the game, playing as any of them will provide you with a unique insight into the different story, a unique perspective that, in many cases, can change the course of a mission.

Before the end of this article, let's us recall this month's milestones for the development of the game :

The plan for this month is simple. The artwork of the game will keep being developed at full speed, both in the secondary characters and the environments (pictures coming soon). We are developing several new techniques to improve the overall look of all the levels of the game. After this, private testing will start for the full Episode 1 to get it ready and as stable as possible for the Early Access Release on Steam.

We hope you liked this Development Diary, it was a really long one, while we keep working at full force and speed in this game and hope to see you by the end of March with another recap.

Thank you very much for reading, and have a great week :