In this article we'll talk about the interview we gave to The Orange Bison, the updates in the development of the game, the progress with the auditions as well as some other news.

It has been a heavy month with massive amounts of work. In this article we will talk about an interview we gave to The Orange Bison about our game, the progress with the auditions to find the right voices for 3:00am Dead Time, the process of writing a branching story for a horror game and some updates on the game's development. Let's get started :

AN INTERVIEW ON 3:00AM DEAD TIME

WITH THE IRREVERENT SOFTWARE TEAM

We want to thank here to the team at Orange Bison and Ellie Punn for their interest in our game and for reaching out to us to do this interview. We really enjoyed to be able to talk a little more in depth about how we are making the game, the stories behind it and some more details on its features. Here is a little extract from the interview (very light and minor spoilers) :

"Keeping you up all night and scaring you to the bone is exactly the goal of the Irreverent Software Team. Creating their own web of horrifying and confusing paranormal events, which I should add are inspired by true events, the team hopes to shake up the Horror genre with their upcoming game 3am Dead Time."

"In 3am Dead Time players will be faced with different paranormal stories in each episode. The trailer says that these stories are inspired by True Events. Can you tell our readers about some of the specific events that will be referenced in the game, also how did the team sort through the stories they wanted to incorporate?

For the first mission, we took some elements from the 1994 Guarapiranga case, located in Brazil. Which was a very disturbing case of alien abduction. As well as details from the interview and documentary material surrounding the Travis Walton abduction. That case may be familiar to anyone who has seen the movie “Fire in the sky”. Also there are elements from the Betty Andreasson case, along with many other reports from all around the world regarding the “bedroom visitors” and a few more from the Colares case."

If you want to learn more about it, you can read the full interview here.

CASTING THE VOICES FOR 3:00AM DEAD TIME

With the auditions for voice actors and actresses finishing in November 30, we are extremely glad with the response our game is getting. We have had many more auditions than expected, and while this is an amazing news for the game, it has also meant that a lot of time had to be spent this month in listening to them, reviewing them and giving feedback. The auditions are still open, so if you are interested you can still send your audition for any of the characters before midnight November 30. the full requirements and instructions are here : Voice Acting Club

At this moment we are still working hard on finding the best voices for the characters and polishing the writing of the game to give you a story with the highest quality possible.

Writing a branching horror story has been hard, with the written plans for the story paths, the different events, the possible decisions, cases and phenomena resulting in a design document of hundreds of pages. A long time is being given to the writing of the game and of every episode, as this is what will push the game forward and hold it together. The mysteries of 3:00am Dead Time are bound to surprise you and scare you, taking you to the darkest corners of the paranormal world.

But even with the immense amount of work that represents the writing and audition process for the 6 episodes of 3:00am Dead Time, we've also made huge progress with the game, both towards the first release on Early Access (Episode 1) and the rest of the game. New characters have been made, dozens of trees and props have been modeled, vehicles are being made with the highest amount of detail, whole optimization, foliage, networking and AI systems are being coded for the game, both using and replacing the standard Unity ones. 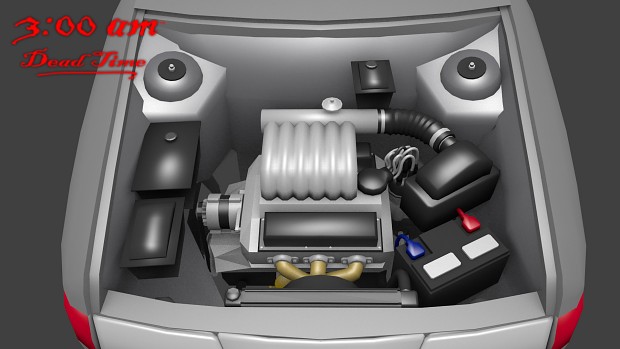 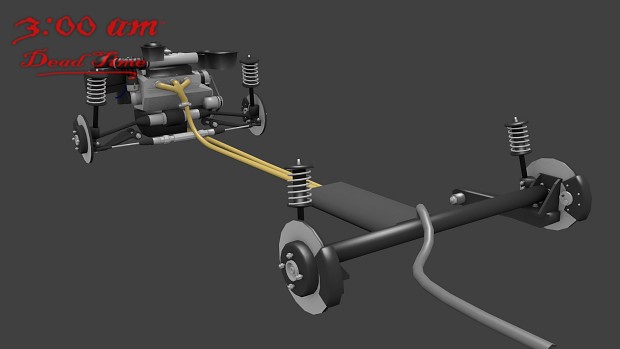 One of such systems we have designed is a heavily optimized foliage manager that lets us draw massive amounts of plants (10k~ in low end machines), while making them interact and bend with the player's movement.

New Post FX filters and shaders have also been developed to allow for higher visual quality on high-end machines. The scenes are also bigger now, with the first episode having a big playable area of 6.5 km2. 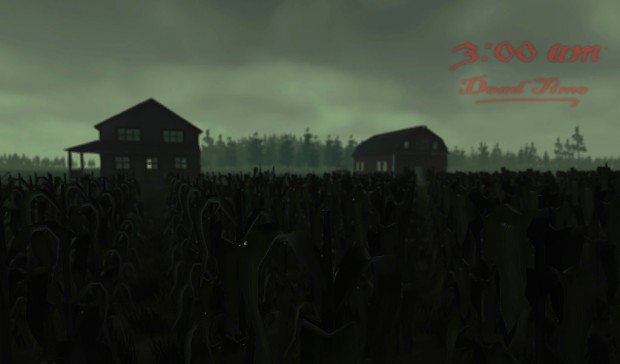 The game keeps being developed at top speed despite the size of the team and the amount of work involved. This project is our passion, and our goal is to give you the best horror experience we can offer, and a story that you will remember for long. There is a lot of work to do, and a lot of new content to create. Soon we will be announcing the official cast for the game, once the auditions are over. The next points in the road map for the development are the recording of the voices and their integration into the game, the development of several custom made animations to match said performances, as well as the polishing and addition of new gameplay features, all to get the game ready for a stable Early Access release.

Stay tuned, because we will be giving more information and exciting news on the next Dev. Diaries.

Have a great day, and thanks for reading!