Today we will introduce the story of the Chōsokabe clan where belongs our hero "Oishi Matabei".

Hello everyone, this is Alex (Game designer of Bushido...), the previous article Indiedb.com treated about the story of Oishi our main character and the era of the game. Today we will talk about Oishi's clan ( the Chōsokabe clan) who really existed and I used to create our story.

Events before the year 1603 (beginning of the game)

Context of the fall of the Chōsokabe clan:
In September 1598 Toyotomi Hideyoshi, regent of Japan, died, leaving the power to his youngest son Toyotomi Hideyori at the age of five.The council of the five elders (the five most powerful Daimyo of the time) formed by Hideyoshi in 1595, had the task of governing Japan until the son of Toyotomi, Hideyori is old enough to do so. Elders argue each other for power and are divided into two camps: the army of the west directed by Ishida Mitsunari supporting the young heir Toyotomi Hideyori and the eastern army led by Tokugawa Ieyasu who wants to seize power.

The Chōsokabe clan supports the western army and fights alongside Ishida Mitsunari.
The 20th and 21st October 1600 takes place the battle of Sekigahara, for 24 hours, the Two armies clash without anyone really taking the advantage. It is finally the defection of the Kobayakawa clan in favor of Tokugawa Ieyasu who will seal the fate of the battle. 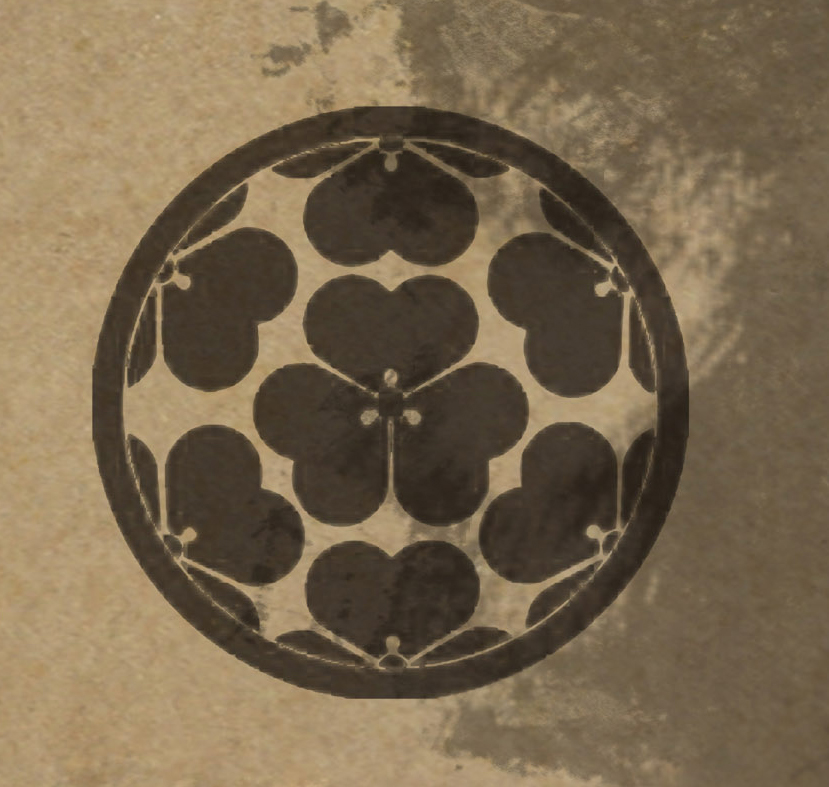 Following their defeat the chōsokabe clan retreated to the island of Shikoku in their province of Tosa, a truce was signed in November 1600 with the future leader of the Japan, Tokugawa Ieyasu. On June 1601, an army attacked the province of Tosa and infiltrates the castle of the Chōsokabe, exterminating all its occupants.

Oishi Matabei only survivor, escapes and takes refuge in southern Japan in province of Tosa, stronghold of the powerful clan Shimazu (formerly ally of the Chōsokabe during the Battle of Sekigahara). 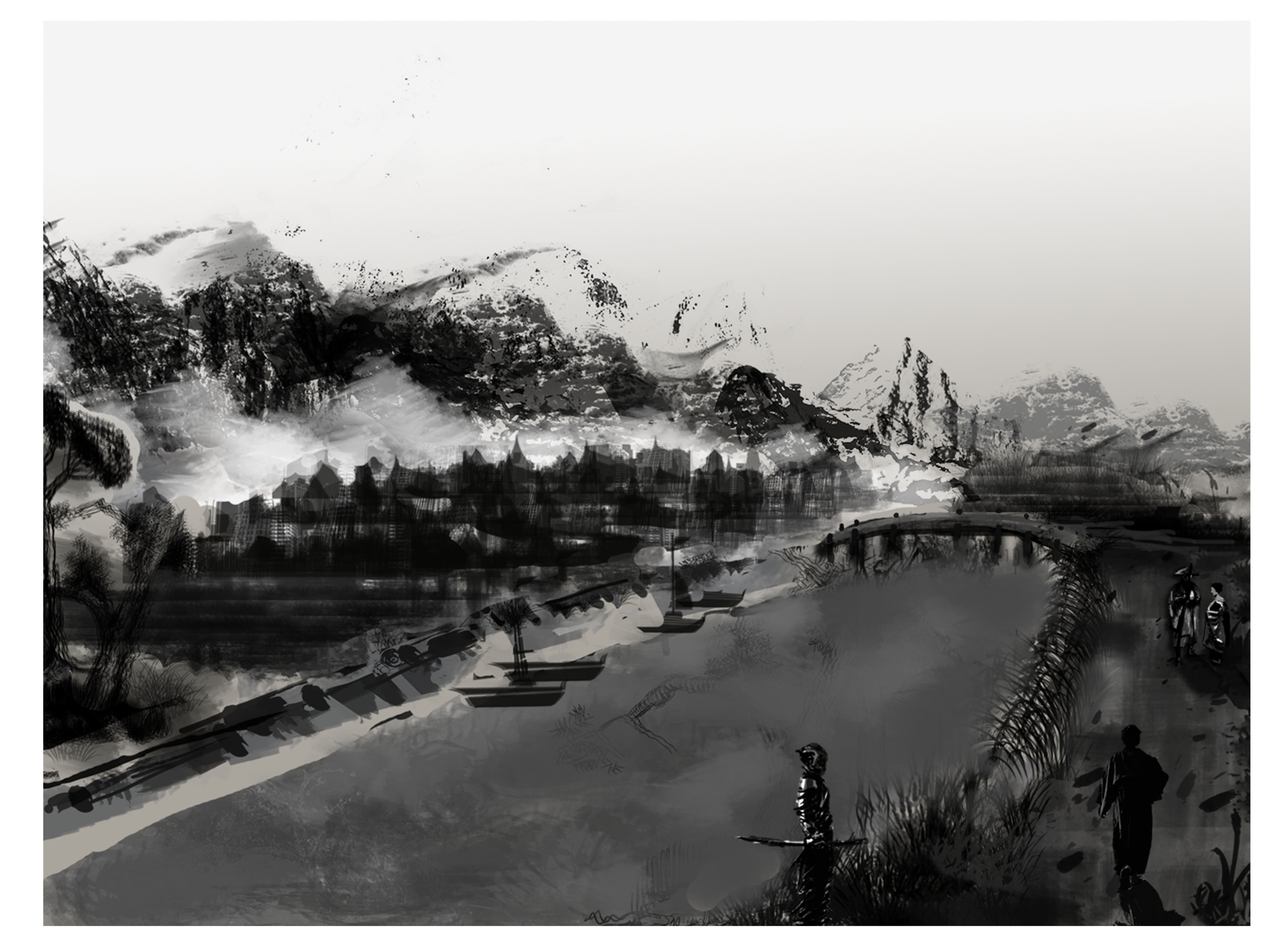 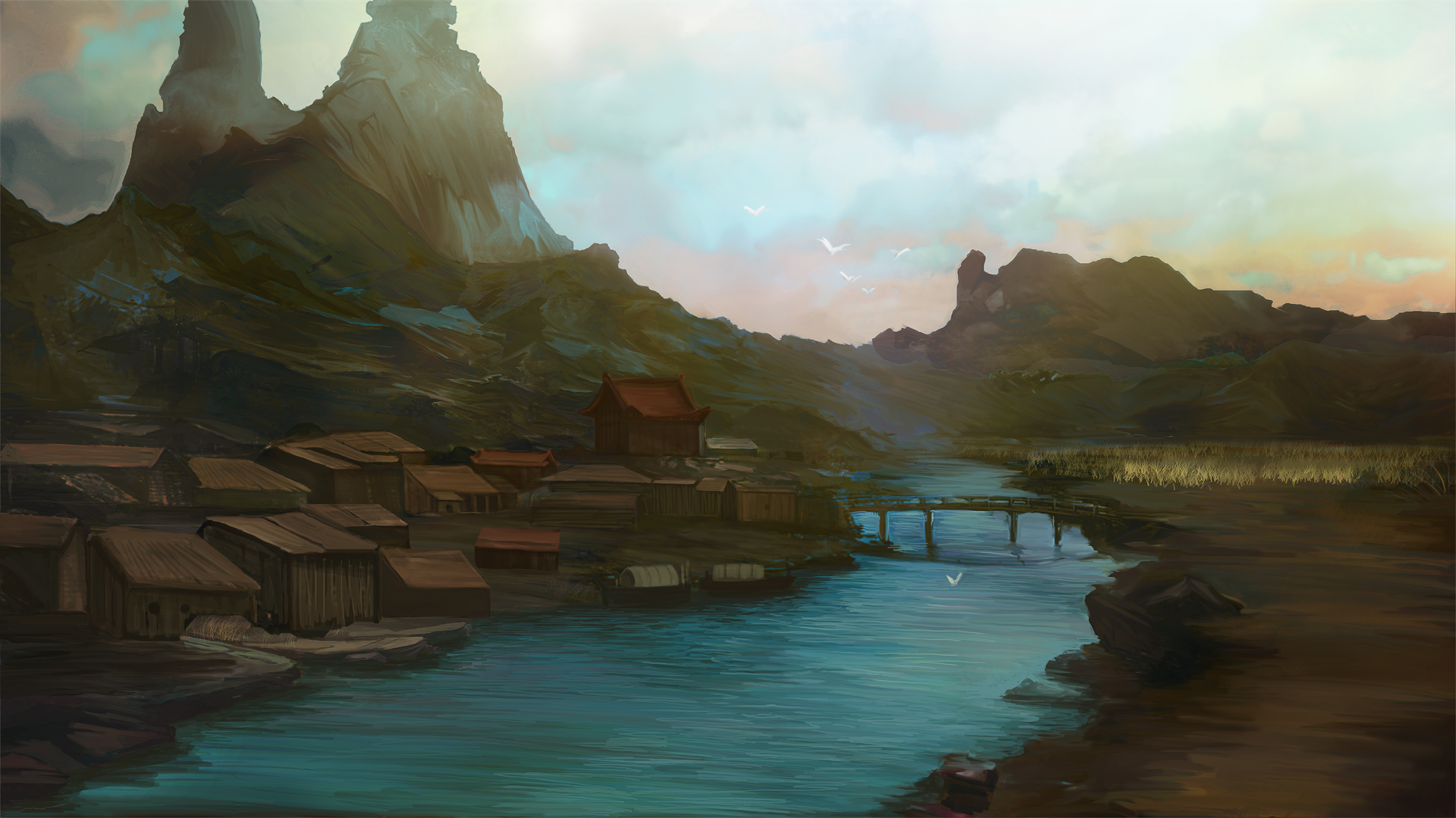 The village of Tomari in the province of Tosa where takes refuge Oishi (final version).

History of the Chōsokabe clan

The Chōsokabe were one of the major clans of Japan during the Sengoku period (mid-15th century, end of the 16th century), originally from the province of Tosa, they definitively unify it in 1575 under the reign of Lord Chōsokabe Motochika (21th leader of the Chōsokabe clan).

During the following decade, he expanded his power and seized Shikoku Island in 1583. However, in 1585 Hideyoshi Toyotomi, who had the ambition to unify Japan under his control, invaded Shikoku Island with An army of 100,000 men. Encircled Motochika surrenders and renounces provinces recently acquired, he still retains the province Tosa.

Under the regime of Hideyoshi, the Chōsokabe clan participates in the military campaigns of Kyūshū and Korea. In 1599, at the age of 61, Chōsokabe Motochika died, leaving the succession of the clan to his son Chōsokabe Morichika.