This Dev Diary is about policies, laws, national values and the future.

In this developer diary we'll be talking about laws, policies and national values. Firstly, I would like to apologise for not having written one last week as I said I would. We have been very busy with technology (maybe a screenshot soon, no promises though) and the UI. Without further ado, let's get started.

In Modern War, laws have been been overhauled. In addition to that, political advisors have been removed. Whether you want to control civil liberties, or control the media, it is now all possible. 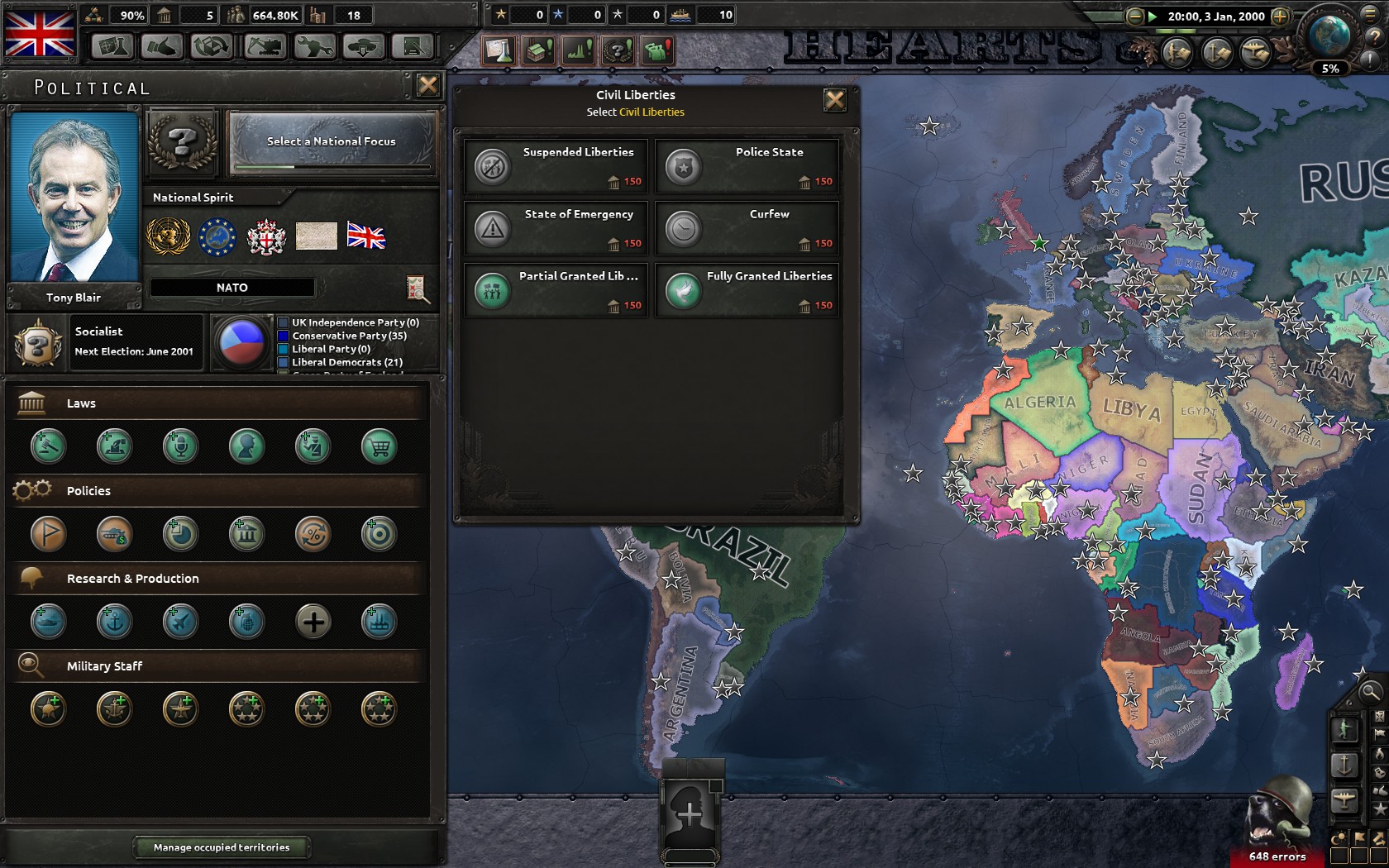 A new policies section has been added from which you can institute your policies, whether it be your foreign policy or fiscal policy. From neutrality to détente, or austerity to deficit spending, it's all there. These policies will set a course for your country's future. 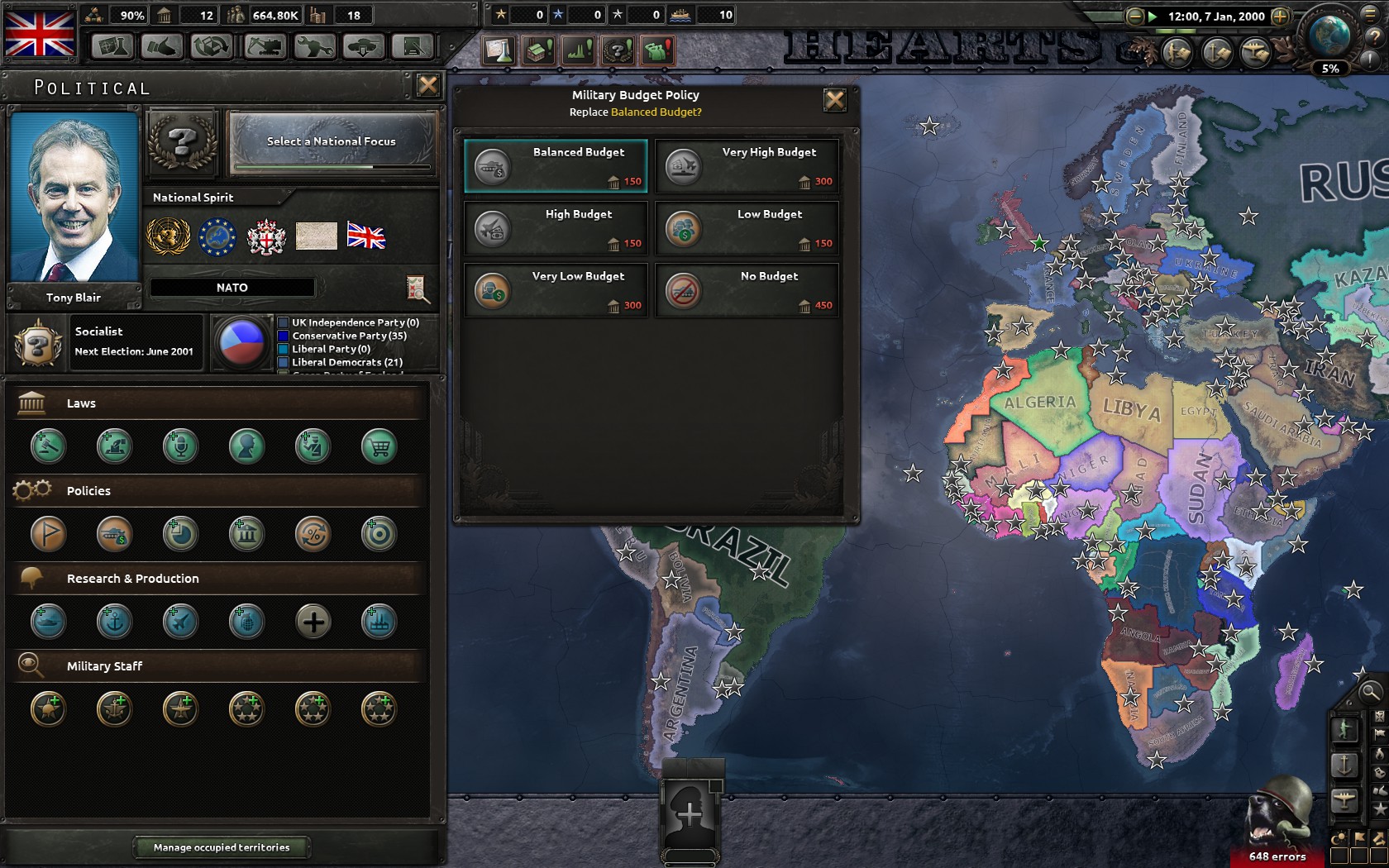 The national value policy replaces idealogy-specific political advisors. It allows you to select an idealogy, provided your country is of the right religion. 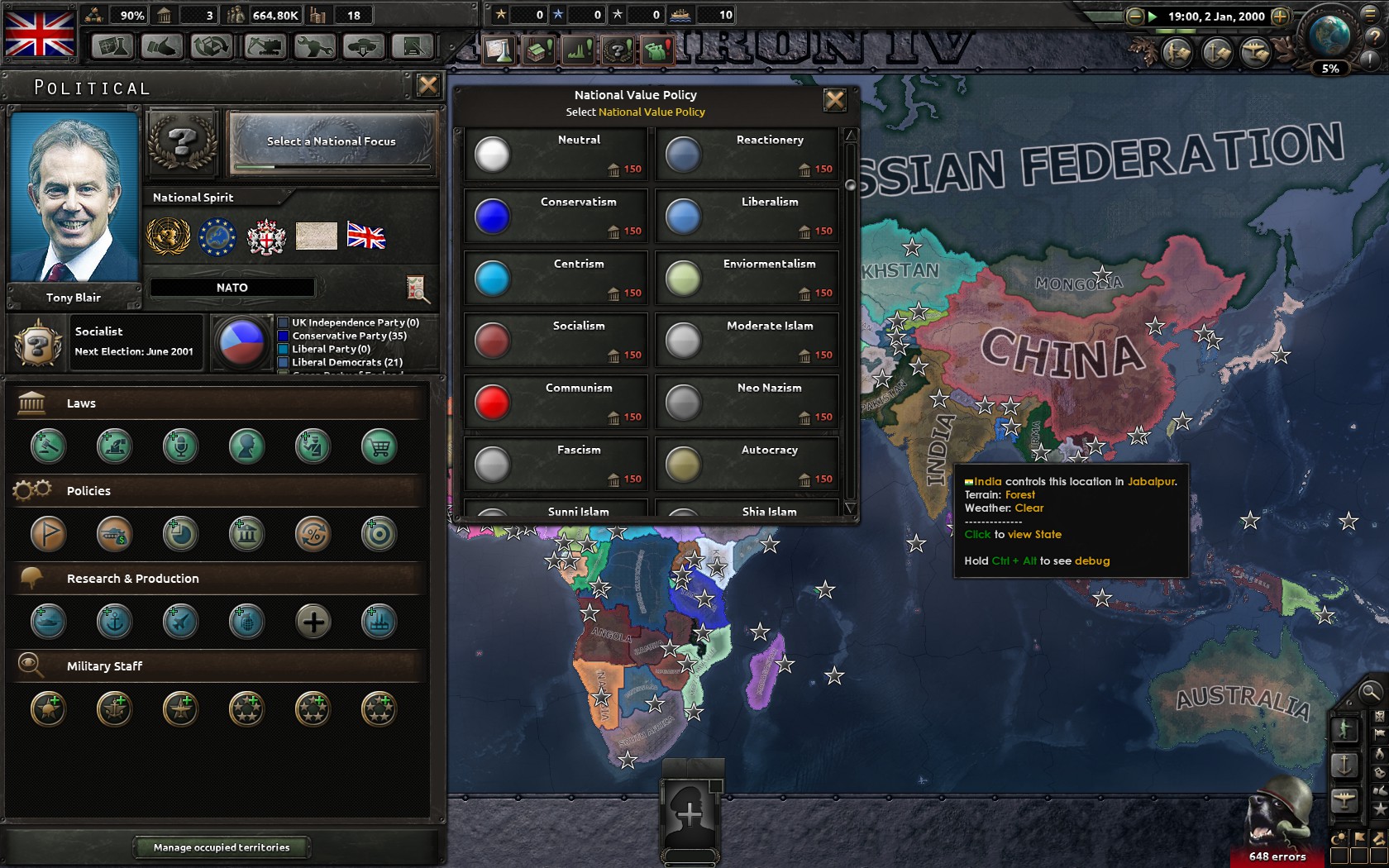 As I said in the introduction, we have been very busy with tech, but we have also made great progress with OOBs, thanks to Alexander, the newest member of our team. I cannot promise there will be a DD next week, but there will definetly be one in the next 2 weeks :)

National Value Policy, love that system it make the advisory slots much less cluttered. I have a question regarding ideologies;

I've noticed Socialism and Communism but there is no middle ground? In most European nations there are usually have 3 "larger left-wing factions" Social Democrats, Socialists and Communists. Just a thought cause the different Islamic religion groups are represented. :)

I think you make a very good point, such a good one in fact that I have been thinking over it for the last couple of days. There are so many questions as to whether it has a place in our day and age, many of which have yet to be answered. I hope that in testing we will find out whether it is needed, but we aren't quite there yet.

If you have ideas about the place of social democrats in the mod, I would love to hear them. :)

You have a better channel for discussions then a commentary field? :)
Skype, slack, github?