Sorry for the late update but fret not I wasn't only sitting on my hands doing nothing.

Firstly localization is a thing now. However this I can't visually show but believe me it's there. Localization will make uploading text much faster and allow for the future possibility to translate to other languages if needed.

Second, I did a little experiment and managed to make the game run on an Android tablet. This allows future Android release as well.

The game went through a facelift. I made the graphic elements much more consistent with each other, and now there is ab almost entirely working menu system in the app.

The main gameplay screen elements got updated. Now it's possible to look into your backpack throw away things or use out of combat items, mainly this means you can heal yourself.

Combat went through some streamlining; the original concept simply didn't work out. I had two possible paths I could have taken one which would be complicated, the other a much simpler version. I choose the simple version, and I think it will suit the gameplay much better than the other one. Now there is only one stat you have to match, and the dices reduced in number, but now you can roll value of two. 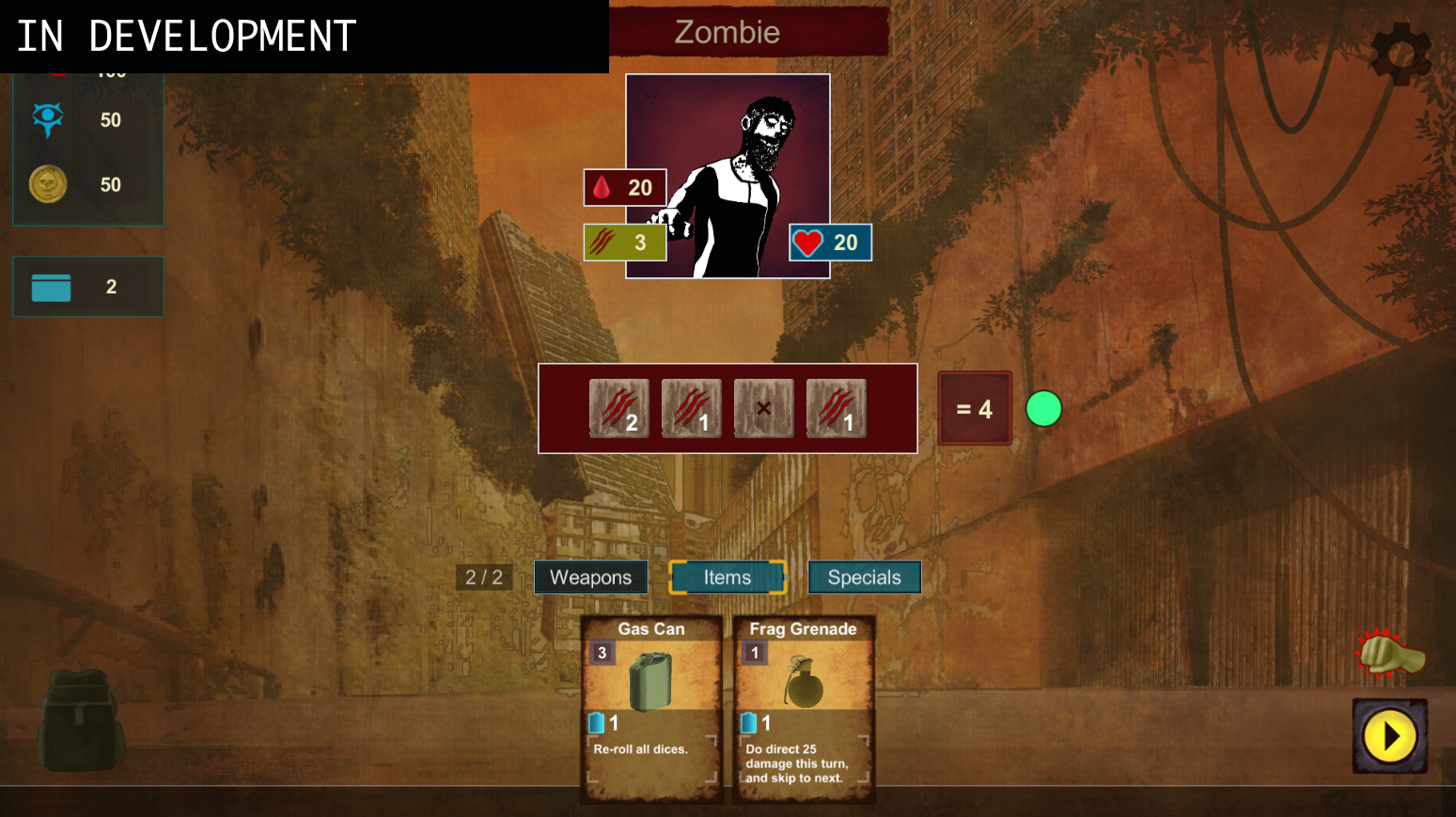 I added quite a few weapons and items to the game, right now I'm trying them out looking for bugs. Balancing will have to wait; I'm not sure how will it turn out. Here are a few weapon sprites I made.