Aubrey Serr from Wolfire talks to game developer Jack Monahan about the mastery of gameplay in games.


Mastering the gameplay mechanics used to be a big part of games, but today games are most often 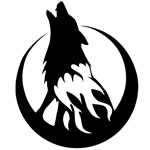 supposed to be easy to play for everyone. Read a great discussion between Aubrey Serr from Wolfire and game developer Jack Mohan about the gameplay in games, follow the link.