Some information about upcoming patch with Haradrim.

Three months after the release of the first version of the modification, I want to briefly present to you what you will find in the future update, as well as what future plans for modification I have.

However, I'll start with the campaign map. As you know (or not) in the Last Alliance War campaign, I want to give you Middle-Earth from the west coast to the Orocarni Mountains in the far east. And in the case of the War of the Last Alliance I can make such a large map on the scale used for Númenor without any problems (I hope). However, in the case of the Akallabêth campaign, where Númenor is also on the campaign map, one Shogun 2 bug becomes a problem. This is not displaying settlement models and basic information about it, if it is outside the coordinate range of about (-350, 350). 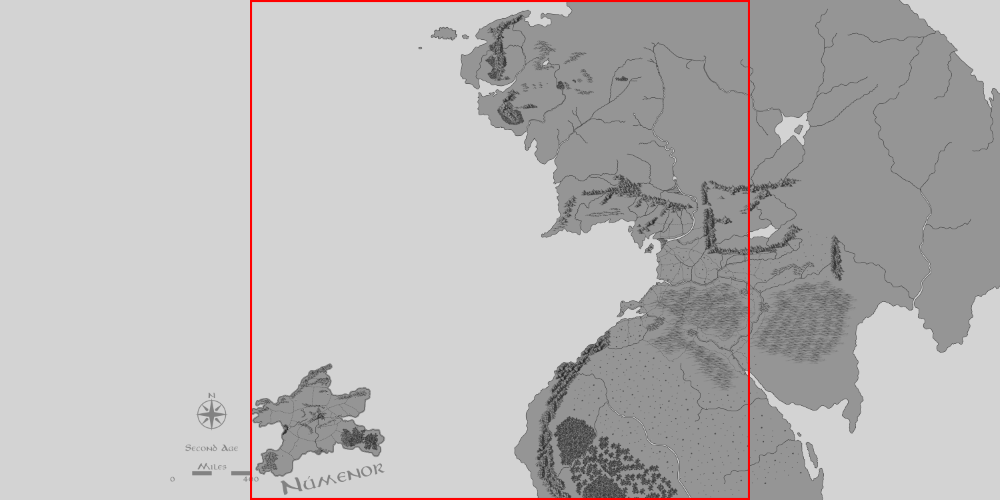 This is the WIP campaign map design for modification. If I place a settlement a little outside of the red line (which determines the coordinate range (-320, 320), then this settlement will most likely look on the campaign map as it does in the Morning Sun screenshot (except that it is invisible, it is fully playable): 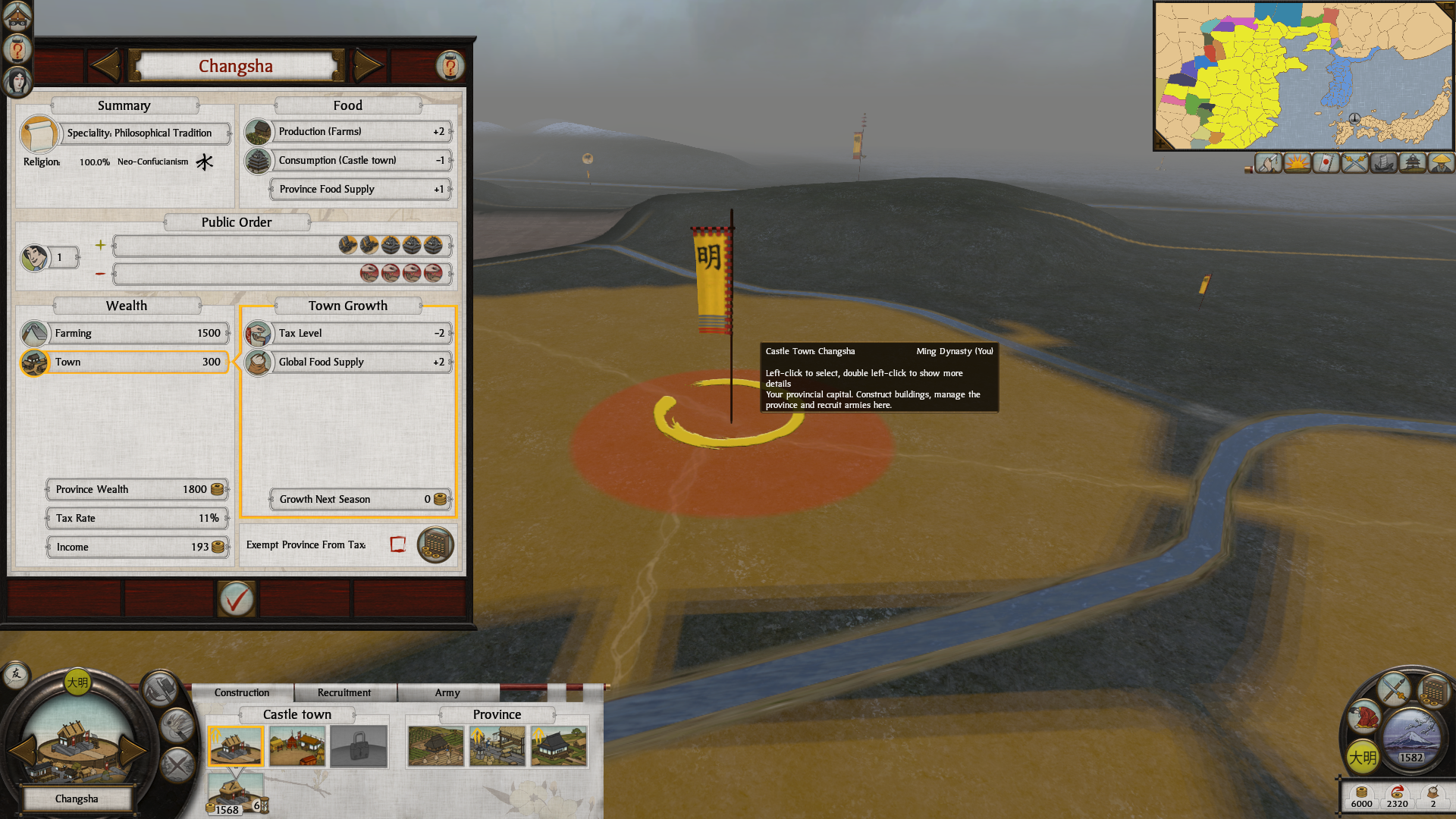 Let me know what you think about each of these three solutions ;)

Contents of the next update:

Initially, I planned in the next version of the modification only to add a few elven and haradrim units as auxiliary troops for the Númenoreans. However, I thought it would be much better if I immediately prepare new territories for you on the campaign map. That's why I started working on part of the Lindon campaign map, but I realized that playing with Elves without any other faction nearby, and with the necessity of a long journey to Numenor, would probably not be too cool. That's why I decided to prepare haradrim first, which will be able to drive off the colonists from their lands (or subjugate other clans with them).

Short list with content:
- 24 new provinces (21 in Harad and 3 in Gondor)
- New culture: haradrim and 8 haradrim clans (however, in the future I will prepare unique characters, units, etc. for the haradrim, I will focus on two for now: the Black Snake Clan and the Golden Lion Clan)
- Basic roster for haradrim (preview soon) - without battle beasts - at the moment I could not add them.
- Several elven units that will be available as support units for Elendili
- Númenor will be able to recruit local Harad units
- Pharazon will receive the territory in Umbar and I will probably take his port in Romenna
- An additional faction of Númenoreans will appear in Pelargir
- Númenor will receive several new units (and some will be taken from him - cavalry)
- Some minor improvements to the statistics of Numenor units
- Agent addition - spy
- Some visual corrections for the Númenoreans
- New terrain types on the campaign map (desert)
- New resources (spices) 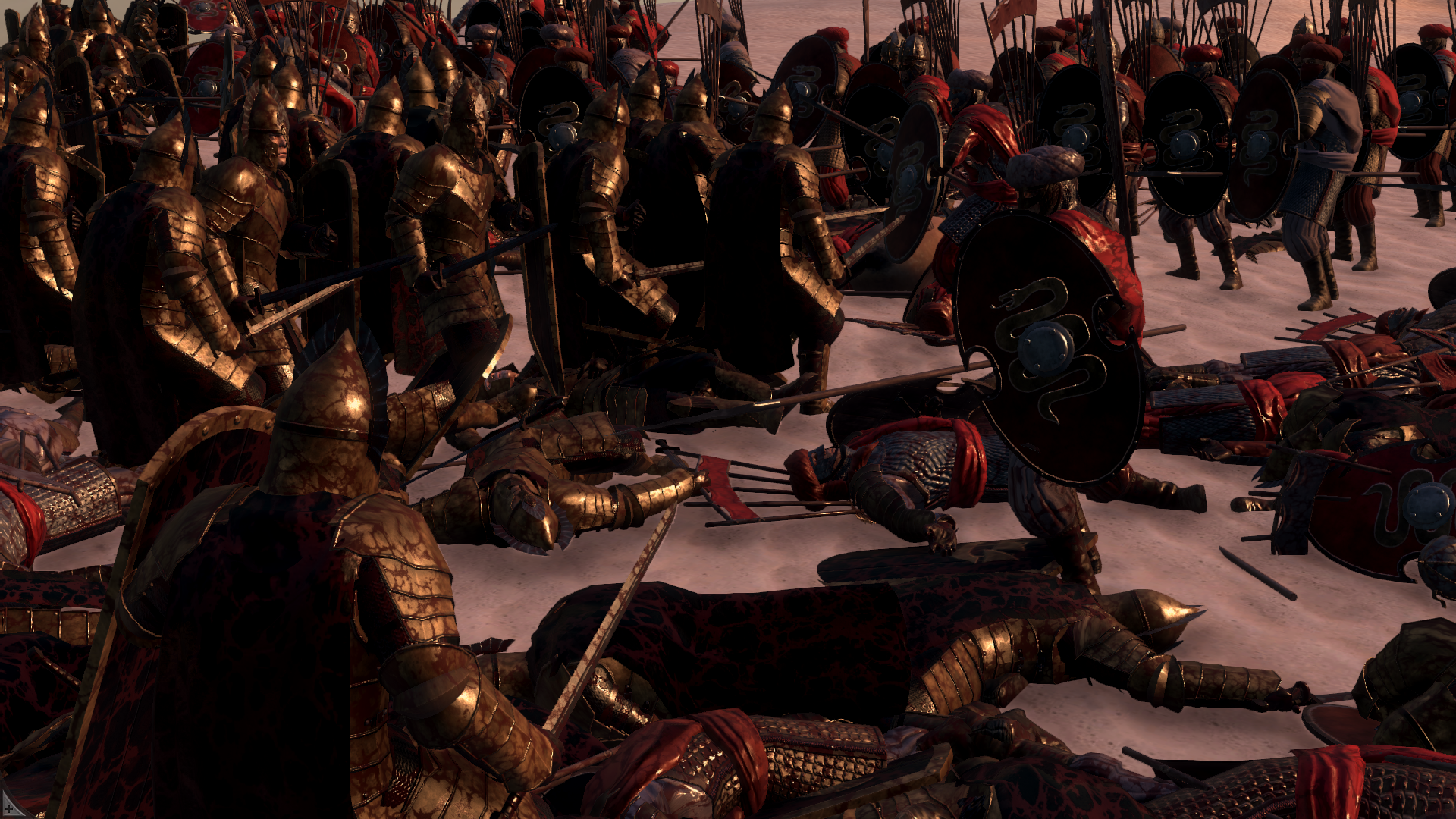 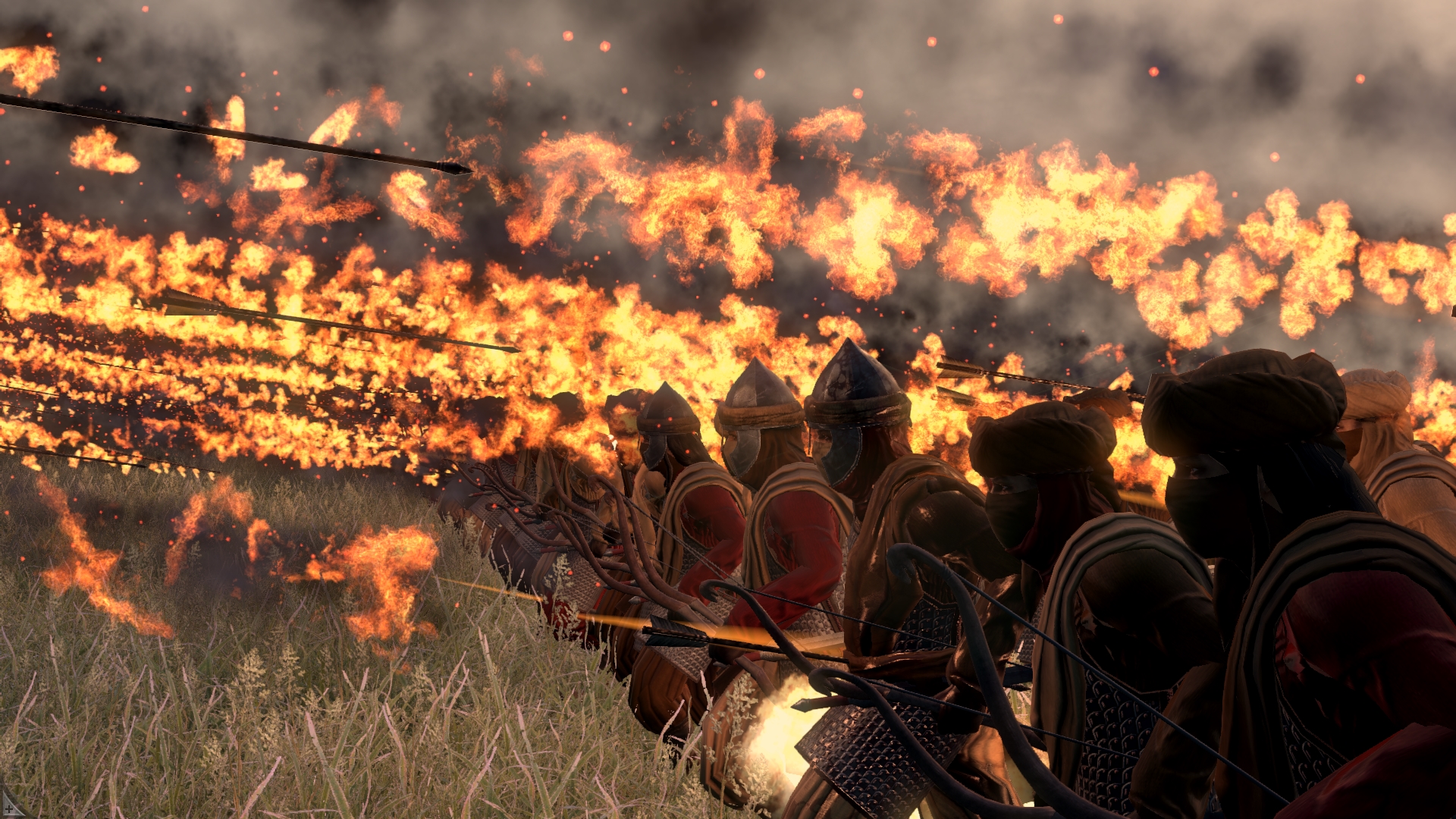 At the moment, the new part of the campaign is already playable, but requires polishing before releasing (adding start buildings, etc.). There are also a few things I don't know if I will make it before the patch is published - e.g. new campaign battle maps (not a siege!) and configuring new climate zones.

There are also a few changes I am still thinking about whether to make them:
- Combining the Miriel and Andunie factions into one (now if AI plays them, both factions are usually destroyed in the first turns) or / and strengthening them by assigning them part of the territories of other Númenor factions.
- Add Edhellond port along with the non-playable elven faction.
- Removal of a few minor Númenor factions.

After this update, apart from the further development of Númenor and Harad, I will focus on completing Lindon, so then you will have the opportunity to see Noldor and unplayable wildmen tribes with a very basic roster. Together with them will be new provinces on west part of Middle-Earth, from Lindon to Gondor. Wildmen will probably remain a non-playable culture for a long time, because after the introduction of Lindon, I will most likely start working on dwarves and Mordor. 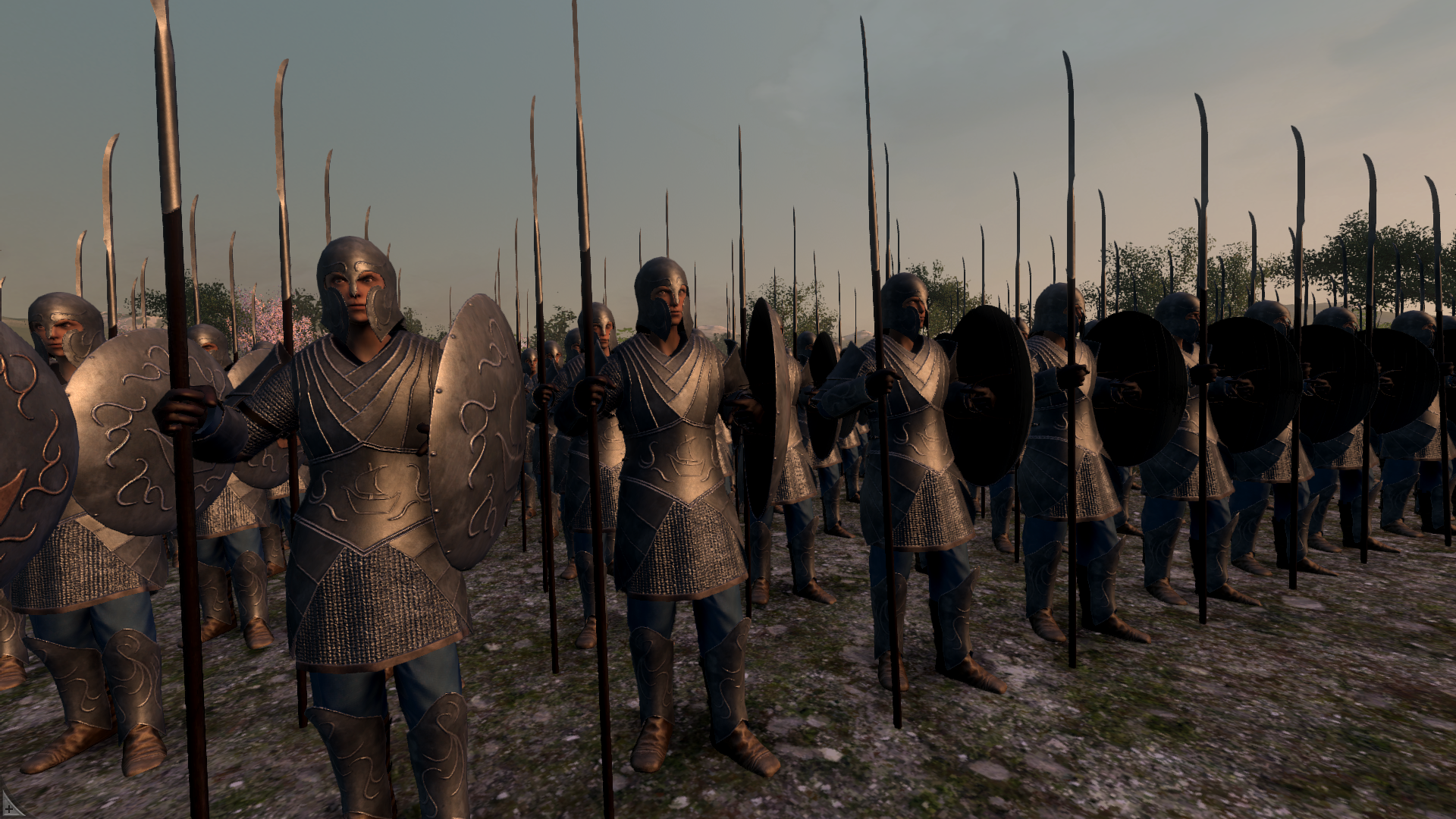 And this is all at the moment, look forward to more news ^^

This is massive! Awesome indeed! If needed, yes, approach Numenor from the main land. Continue the good work :)

Move Numenor very close to Middle-earth and even make it smaller, it is too big for a land section that will have little role on most campaigns anyway. While Mordor and even the eastern parts will host more factions variety and more focus for most players.

Doesn't make sense to do Numenor smaller:
- Smaller Numenor = recreate Numenor = less time for other things
- This campaign has name: Akallabeth and it focus on Numenor .-.
- So, I want to expanded Numenor faction in next patches
- I don't think that Mordor or Easterling will be more popular than Numenor

Now, Numenor feels quite homogeneous (currently) in terms of units variety, specially compared to Mordor's evil units that look and play completely different to any human Army (low quality but huge number of troops) so believe me fighting Mordor will be a lot more popular than fighting your look alike brothers. (Unless you add elven and harad units to some Numenor factions like you plan to, then it will be a lot more fun and varied!).

Do you really think that Mordor in patch in which I will add Mordor will be more various than Numenor in version 0.1.0? xD

Yeah, I'd recommend moving Numenor northeast, closer to Middle-Earth (maybe on the height of Umbar and width of western shores of Lindon. This way we'll get a large part of the East and only lose a large, empty ocean.

I also agree with moving Numenor northeast. Even if it wouldn't allow the inclusion of the East, in its current position it looks like it could be tedious to get to and from. Plus, it would feel very odd to leave out Eastern Mordor and the Sea of Rhun, and losing some ocean for them is fine for me.

Yes, i think that the best and more factible option is to move Numenor closer to Middle-Earth. I'd also like to see some shock cavalry for Numenor, if possible. Keep going, the mod is amazing!!!