In this blog post we will talk about the world where Excubitor is taking place and our approach for creating this world and the story around it.

Hello everyone. After the news that we got Greenlit, we intend to post with a higher frequency and in this post we will talk about the world of Excubitor.

In 1935 Albert Einstein predicted the existence of wormholes; shortcuts through space-time enabling instantaneous travel across vast regions of space. It was a century later when a discovery was made and it was concluded that such things really exists, thus plunging mankind into a interstellar space race; because on the other side of the wormhole lies the ultimate prize waiting to be claimed.

The events in Excubitor are settled in the year 2182 in a remote star system colonized by humans. At its heart, Baphomet, a vast hyper-giant, a star thousand times larger than our sun, and one of the biggest stars known to men. Dozens, maybe even hundreds of planets are orbiting the giant star, and many more were swallowed as Baphomet grew larger in its stellar evolution. All around the system a strange and powerful element is scattered across the many worlds. An element that will provide all the energy humans will ever need. A blue/purple crystal with an enormous power, it was named voidshard because of its mysterious origins. 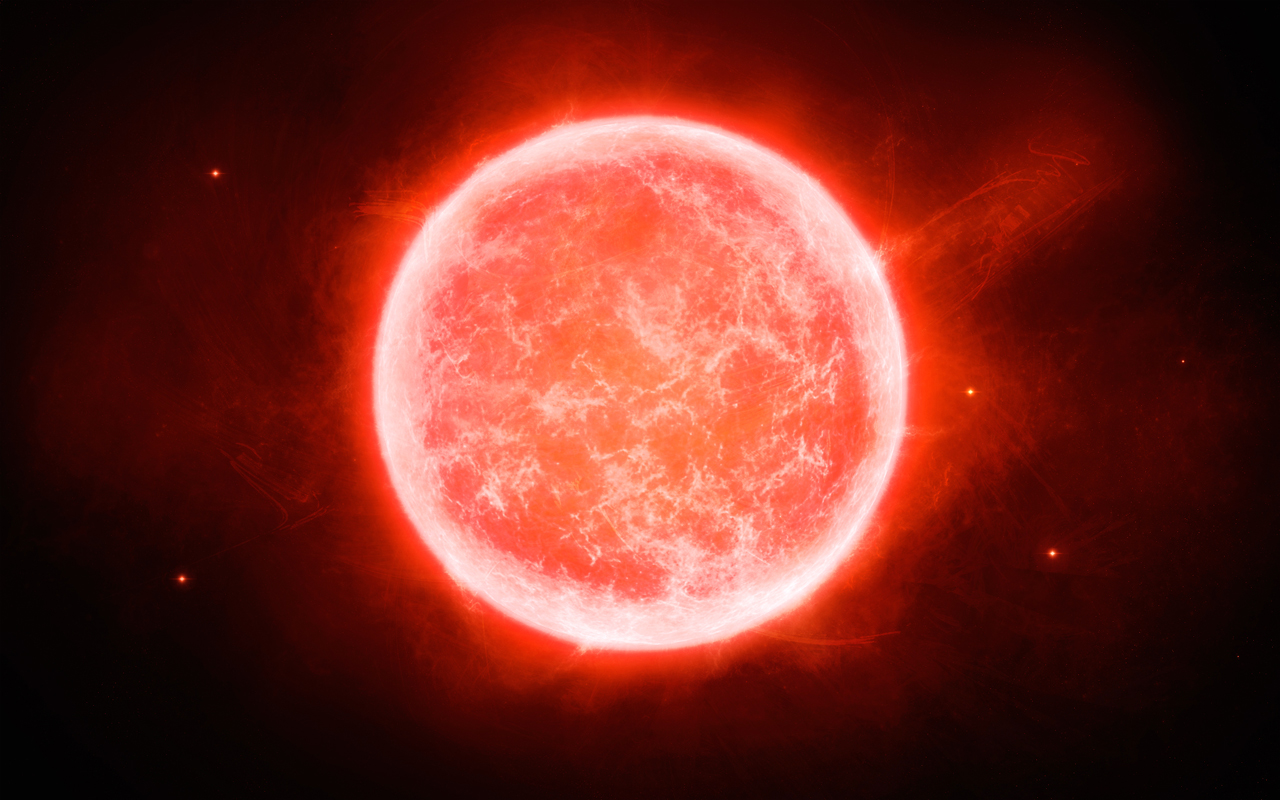 The game will tell the story (arcade style) of what happens when the player receives a distress call from the Isigura Station, on the planet Farris in the Baphomet star system. The resulting story is one of struggle for survival, a battle against all odds, as one resourceful pilot utilizes the amazing tools of the SST-77 Hammerhead to press on and traverse from planet to planet, to unravel the secret behind the attacks.

Your missions will include traveling on four distinctive planets and moons in the first four chapters of the game. Each of these places will offer a unique and distinctive environment. You will need to complete several missions on each planet before moving on. Alongside the missions on the planet’s surface there will be space missions.

Here are some brief descriptions of the worlds in Excubitor: 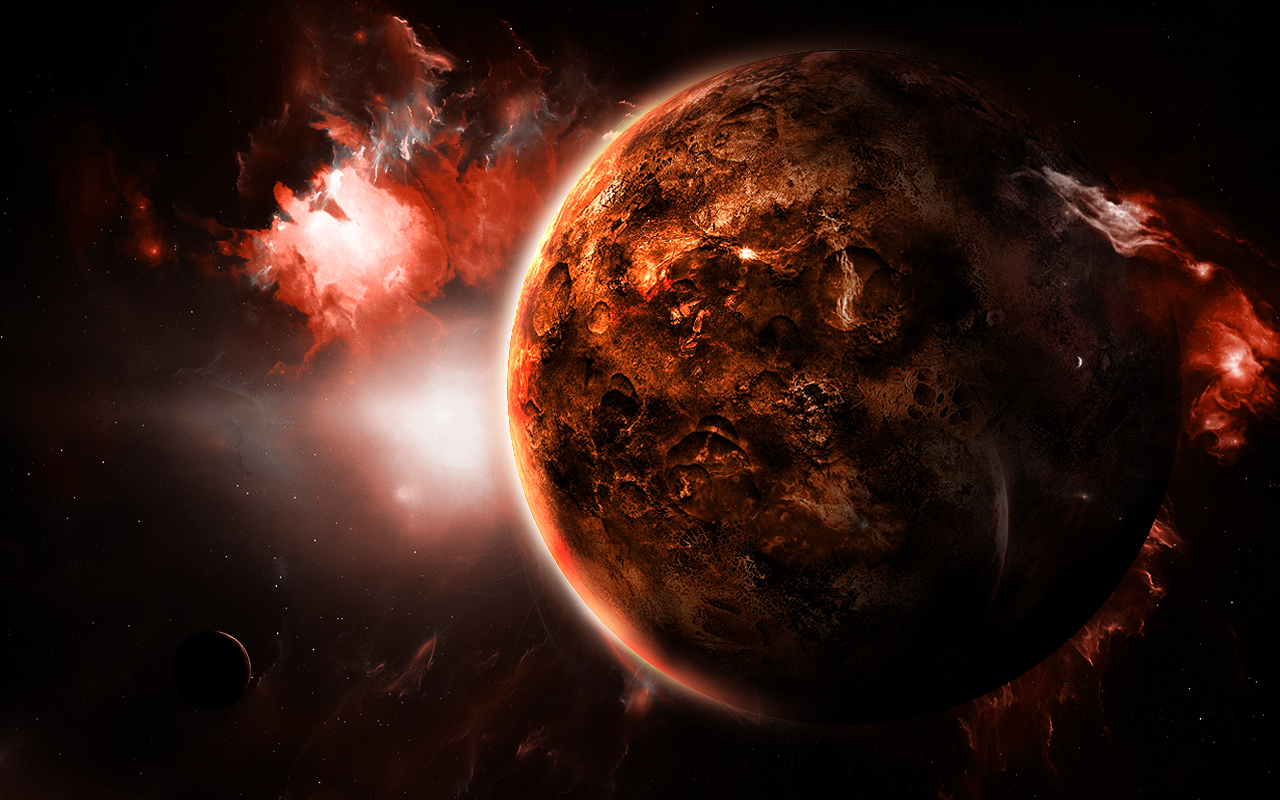 Farris is a rocky terrestrial world with a thin atmosphere of nitrogen and krypton. The planet’s surface is mainly composed of silicates with lead and other light metals as well as voidshard deposits.

Farris serves as the main construction yard for transport ships and excavation equipment in addition to the dozens of military research projects that take place on Isigura Station and several other facilities. 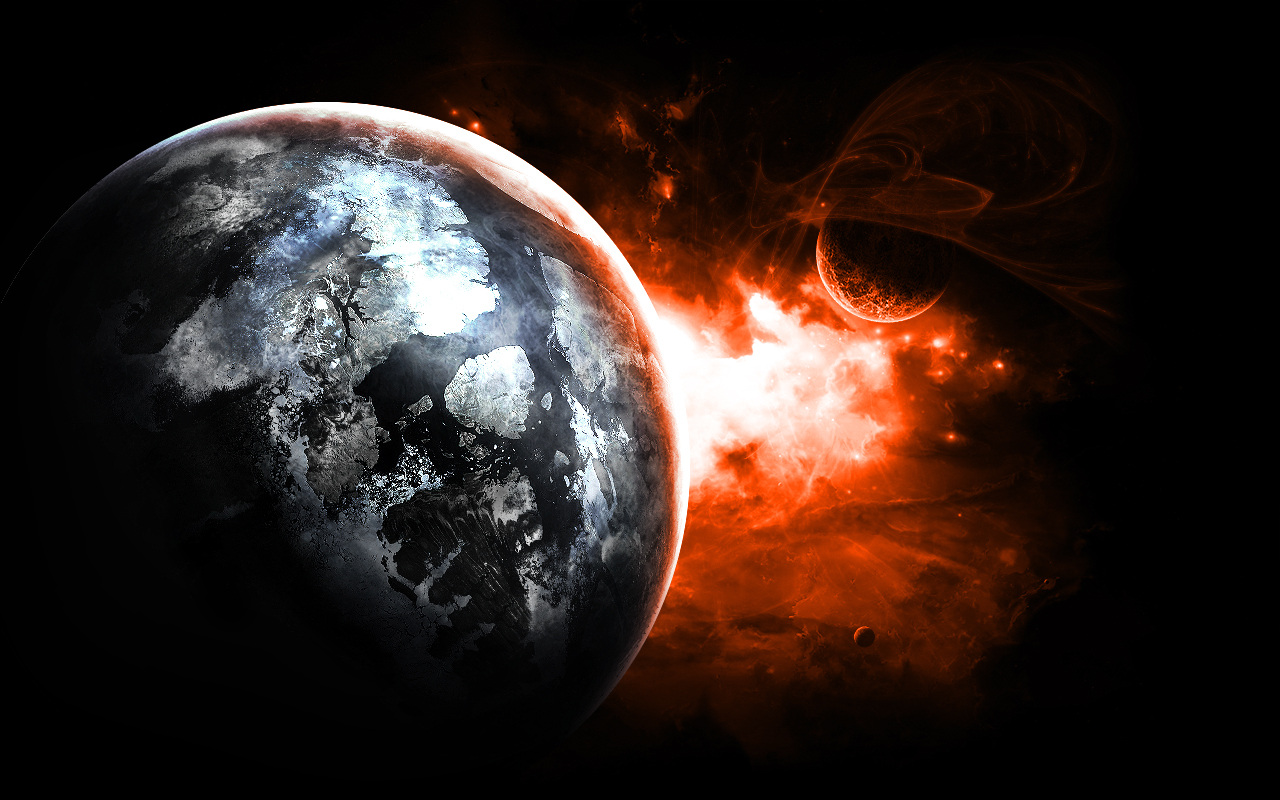 Ghormuth is a terrestrial world slightly smaller than Earth. Its atmosphere consists of oxygen and argon. Half of the surface is composed of water ice and slight deposits of light metals and the other half is liquid water oceans. Ghormuth is the only planet in the system with liquid water which makes it very interesting for humans as they harvest and transport water as well as voidshards that are dispersed on the ocean floors.

Humans first landed on Ghormuth in 2099, thus making it the second planet to be settled by humans. For the past 25 years terraforming processes are changing the planet atmosphere, converting argon to nitrogen and making breathable conditions on the surface.

There are several water treatment facilities on Gormuth, harvesting and purifying water for drinking and then shipping it to other colonies in the system. 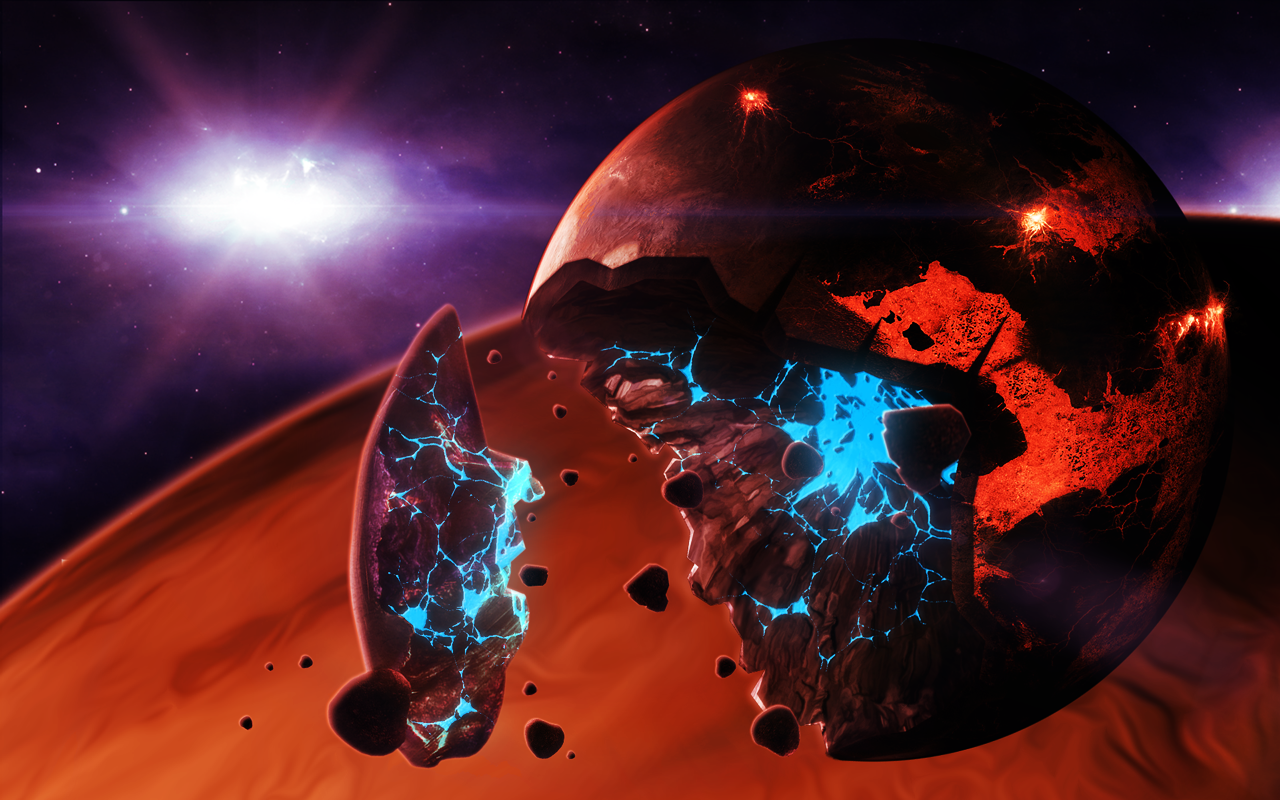 A shattered piece of rock, very close to the gas giant Oslomey, Asherah is a remnant of a moon that was violently destroyed. Whether it was the enormous gravity of Oslomey or some other space collision, what caused this catastrophic demise remains uncertain. The environment is extremely hot, and volcanic eruptions are constantly reshaping what’s left of the surface.

Dangerous and with high volcanic activity, Asherahs abundant quantity of Voidshard is worth the risk for excavation operations on the fiery surface. Less than 300 people are currently stationed on the moon, supervising the voidshard extraction.

In 2112 project Helix was started, a giant drilling apparatus that will extract a chunk of Asheras exposed core, enabling humans to peek inside the very heart of the moon, where it is believed that most of the voidshard sunk during millions of years after it first mysteriously appeared. 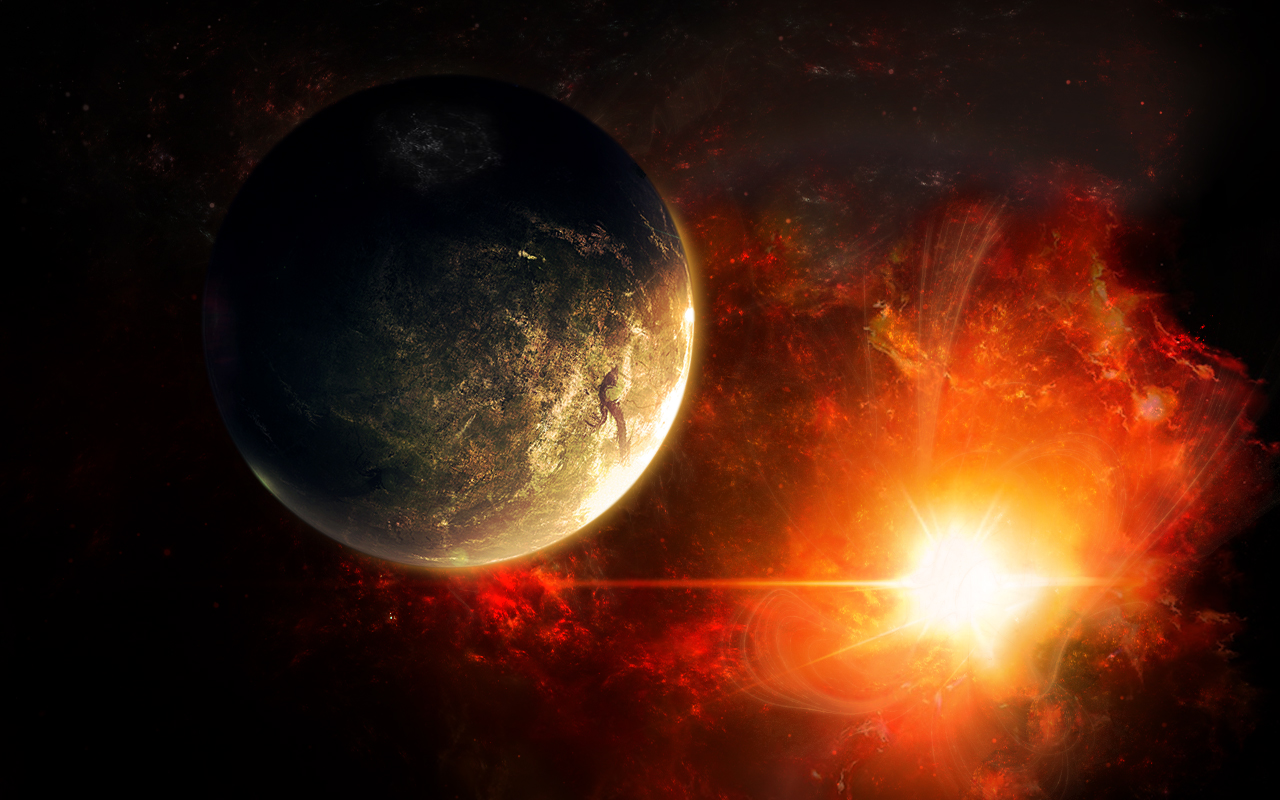 Probably the best candidate to support life, New Neith is a terrestrial world with somewhat similar density and chemical characteristics as Earth. Its surface is composed mainly of carbon, silicates and occasional methane lakes. First surveys even suggested existence of simple carbon based life forms.

New Neith is The First colony world established in 2095, with a population of over a million colonists, it serves as the Administration center of all activities in the Baphomet System. The southernmost region of the planet is highly industrialized area housing the largest atmospheric processor in the entire system.

After almost thirty years of terraforming, New Neith has been completely suited for life. The Large number of greenhouses is providing the necessary oxygen and the atmosphere density enables the planet to capture the heat more effectively, cranking up global temperature of the otherwise cold planet.

The player will have to make one last stand to defend the precious human homeworld. This will be the fifth and last chapter of the game, and in this post we won’t be discussing any details about it, as we don’t want do disclose any information about the game finale. You will have to see for yourself.

There you have it, the worlds and levels that you will visit while playing Excubitor. All this is in a nutshell and more details about them will be revealed as you play and progress throughout the game.

As always thanks for reading and stay tuned.