One of the issues with this game is that there is a lack of incentive to keep playing after a couple of levels. So I kept going back to the RPG - one of my favorite genres. The question I asked myself is this: So what about an RPG that makes me want to keep playing, even though it presents me with mundane tasks?

One of the issues with Armillo is that there isn't much of an incentive to keep playing the game after the first couple of levels. Nor is there much of an incentive to go back to re-play a level. So I kept going back to one of my favorite genres - the RPG, and the question I asked myself is this: So what about an RPG that makes me want to keep going, even though it presents me with mundane tasks?

My answer: Upgrades! The gaining of experience points to level up, obtaining gold, finding items, and purchasing new equipment.

For Armillo, it doesn't make sense to add in all the RPG elements as it doesn't suit this type of genre. It's not entirely a combat based game, so I can't just throw in experience points. However, one thing that I can add in would be an in-game store. So let me introduce the critter store: 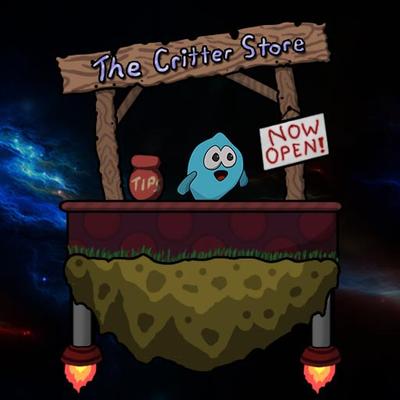 Now after every level, the critter store is going to stock up with at least one new power-up for Armillo, providing that player progression in the game. It gives something to look forward to when beating a level. Not just that, but all the new orbs that you've collected can be used to buy that precious item that you couldn't previously buy. It also allows for replay-ability, going back to the previous levels and collecting more orbs. And to encourage such replay-ability, certain items bought at the store can make it easier to collect more orbs from previous levels. It will also give the bonus stages a better incentive to play as you're now collecting these orbs to buy more stuff at the store.

So what kind of upgrades? For now, it's going to include upgrades such as adding hearts, extra lives, longer jumps, more powerful boosts, faster ways of collecting orbs, and unlocking new levels.

I've started drawing some of the icons that are represented in the store. Perhaps you can guess what the power-ups are based on the pictures: 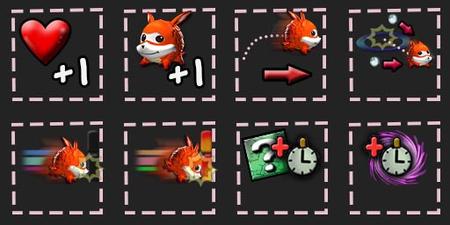