That's how we think up different enemies to oppose players (and game progress).

Hello everyone! Greenlight is passed, development goes on. We decided to share some info on our development process - because it can be interesting. Let's talk enemies. Yeah, those pesky bots/mobs/creeps that have a single life goal - to show you the "game over" screen as quick as possible. In our game you will face hordes of enemies. By hordes we mean hundreds and cumulative thousands, that come in waves ( that's tower defense, afterall ). When you are busy burning down hordes of enemies it's not likely to give a minute and think about each of those. But we hate the idea of throwing tens of some obscure recolored generic bad guys at player's face. So here is some deeper info on them.

First of all - our own game's lore is pointing that game is happening on another planet, several hundred years in the future. And that planet is Earth's colony. And there is a war on it. And Earthlings are back to check out how's the colony doing. To sum the following up - we have three tech tiers of enemies. 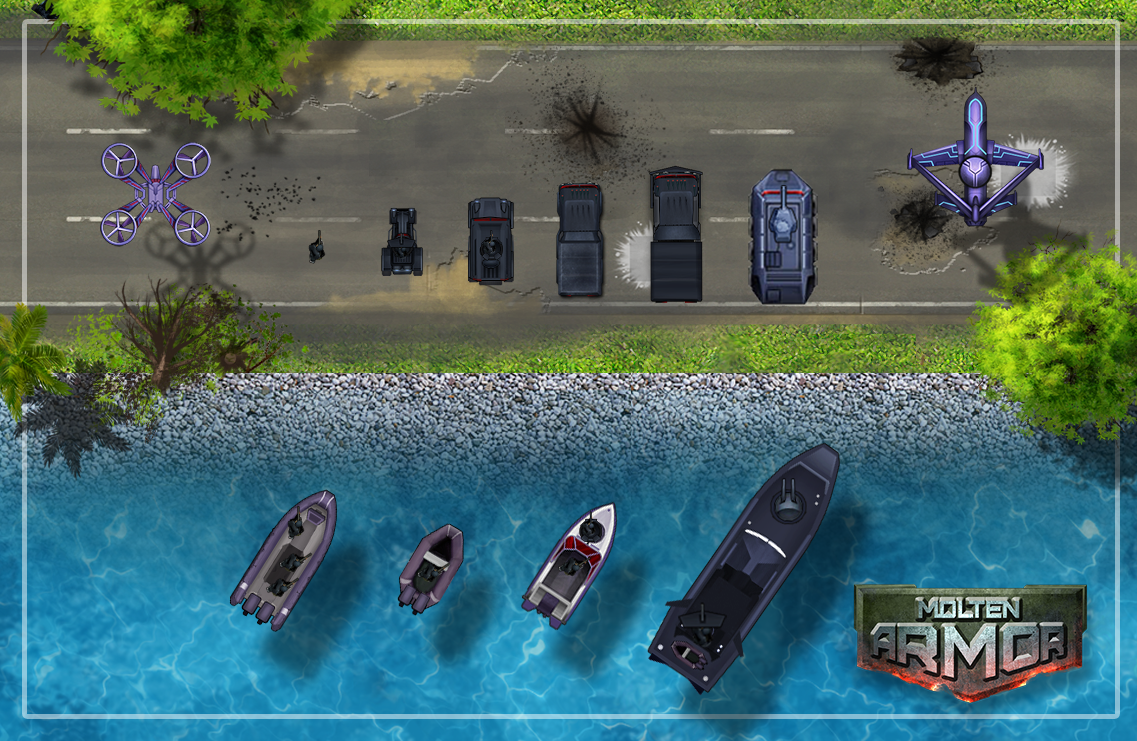 That is somewhere around the current tech level of real world ... and it's totally outdated in the game's time. That's the vehicles colonists were provided with when they landed Marina. Those units are numerous and cheap. Most of them were made for civilian purposes, and are upgraded with some basic weapons just to pump up army's numbers during war. The only one "real" military unit is APC. As you can see almost half of them are un-armed and are used as unmanned RC kamikaze power . 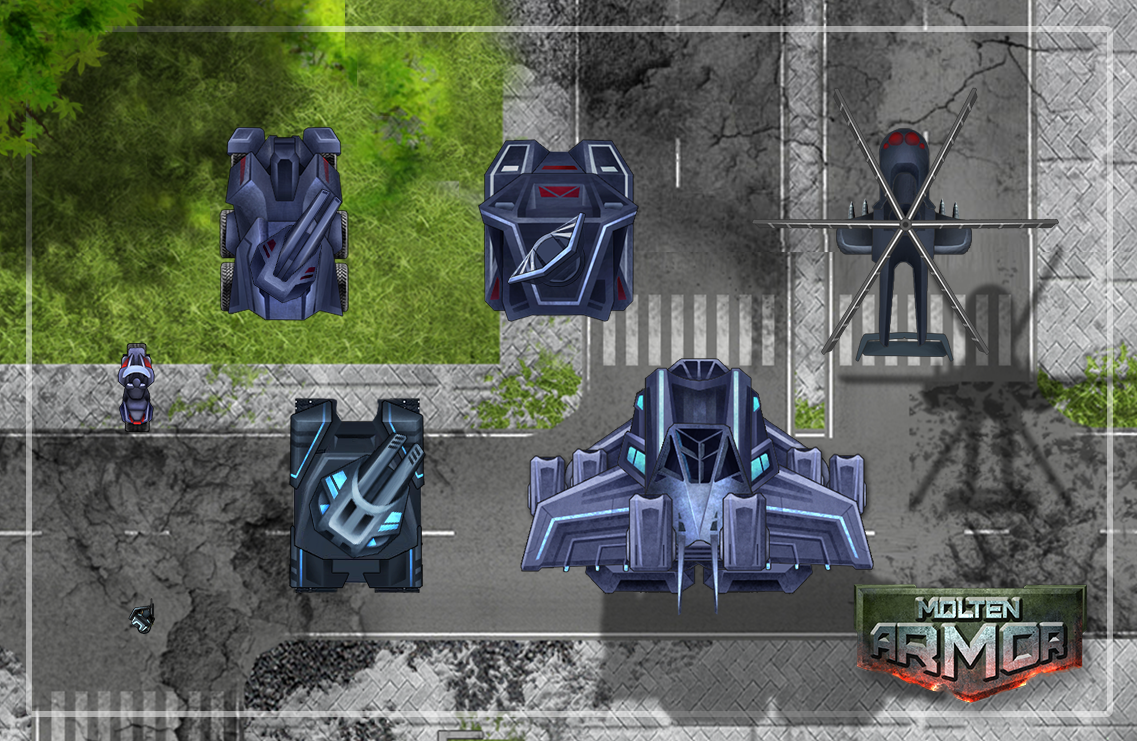 Here comes a tricky part. Those units are futuristic for our real world but are still a bit outdated in the game's time. They are armed and dangerous. The main fire power of North empire ( the one opposing you ). Apart from battle tanks, APC's and choppers, this technology tier is supported by energy shields ( a unit with radar, middle-top ) which will harm your defenses in different ways . 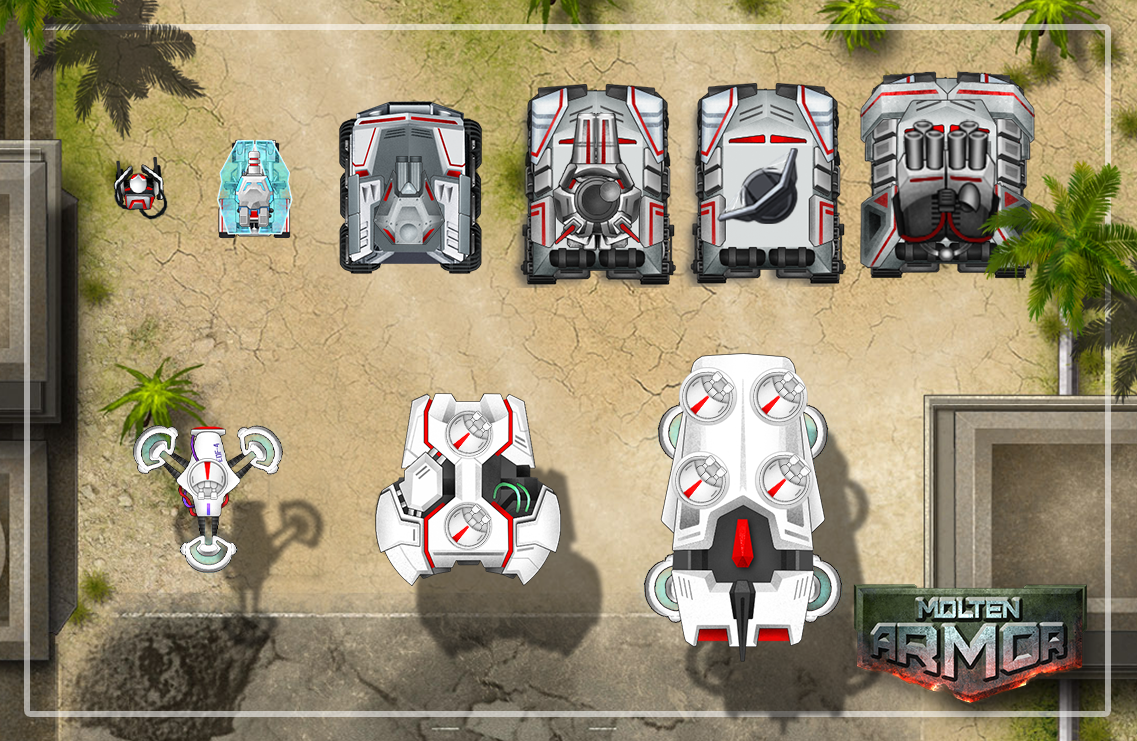 Those guys are made to ruin your fun. Earth uses it's modern, up-to-date army when a conflict on one of it's colonies gets out of control to quickly end the war by destroying every opposing enemy. Thick armor, deadly fire power and enormous energy shields make them formiddable opponents. Earth's cherished rocket tank can one-on-one any of your turrets. The only one weak spot Earthlings do have is that they hate dying.

Current progress update. We are still working hard on the game itself. Adding some levels and scripting final dialogues ( the game is already complete-able btw ). Just if you wonder, here is a screenshot of how we create levels in our game engine: 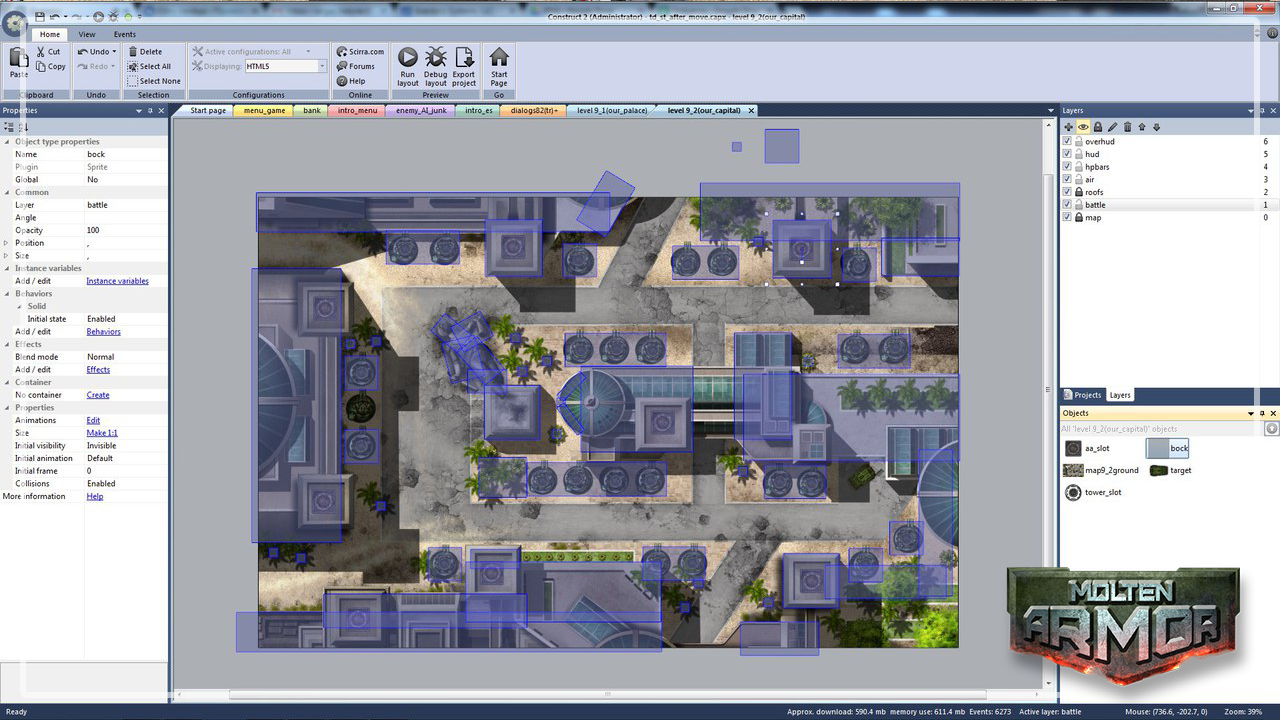 The blue boxes on the screenshot are the solid parts ( collision mask ) for the level. Those boxes are never visible for the player, but most of the pathfinding enemies do revolves around them.

After additional triggers, spawners and tower slots are placed, we are ready for some basic test runs on this level. 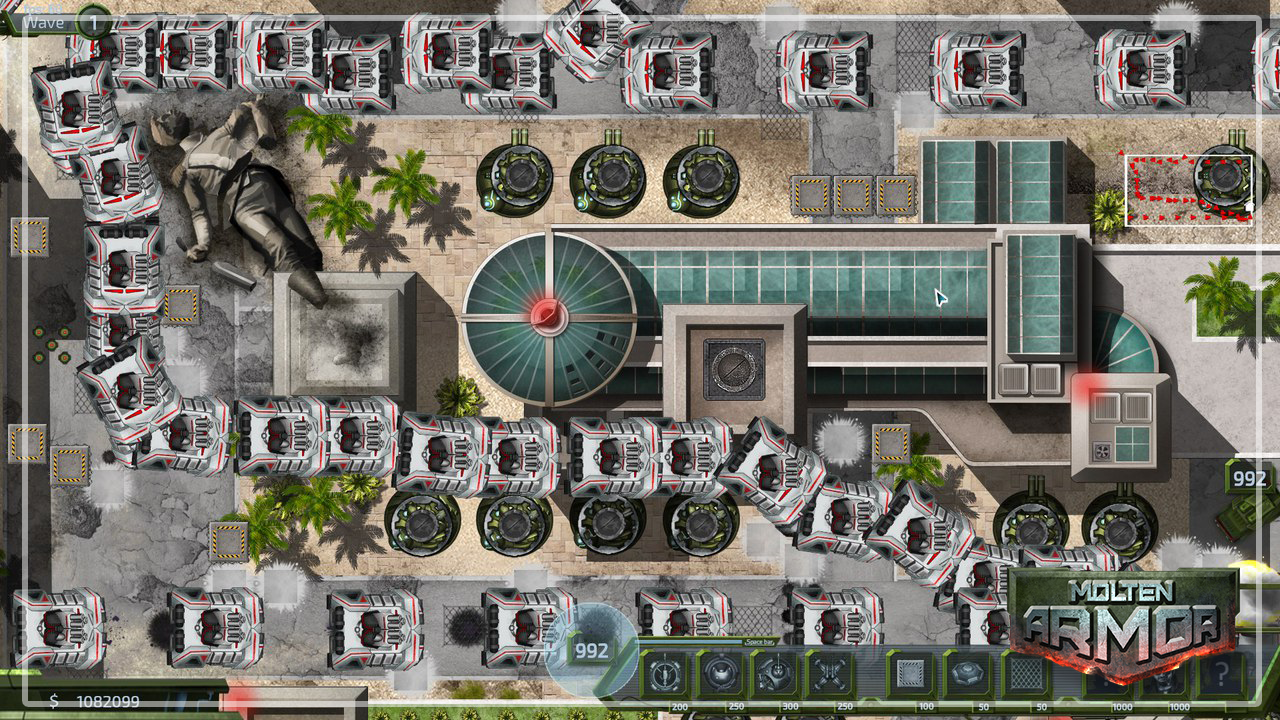 As you can see enemies are driving through a building right now. This is a minor bug fixed in under a minute. Just decided to share it as an example since it's kind of representative :)

That's it for now - we hope that you liked this dev blog and thanks for reading!