This is a big one! For Isonzo, we are developing an entirely new class based system for you to choose how to equip your soldier. In short, a different mix of classes will be available depending on which side you’re on. Each class can choose from a range of weapons and equipment and abilities. Read on to find out more!

Class System
In Isonzo we wanted to tailor the class selection to the nature of the fighting on the Italian Front and to reflect the new gameplay features we are introducing such as construction. We want to put a larger focus on non-combat roles for players to shape the battlefield and help their team members fight more effectively. The focus is on working together and advancing as a team, and the selection of classes reflects this.

The classes we have follow a generic class “archetype”, but for both the Kingdom of Italy and the Austro-Hungarian Empire there will be different weapons and uniforms based on actual historical units that fulfilled these roles. There will be more info in future blogs about the specifics of each class and how these are implemented per faction.

The below images are from our brand-new UI that is still very much Work In Progress (some icons are still a bit crusty). As you can also see we’ve significantly upped the level of detail on our characters as well. We’ll go more into detail about what that means as we draw closer to launch! 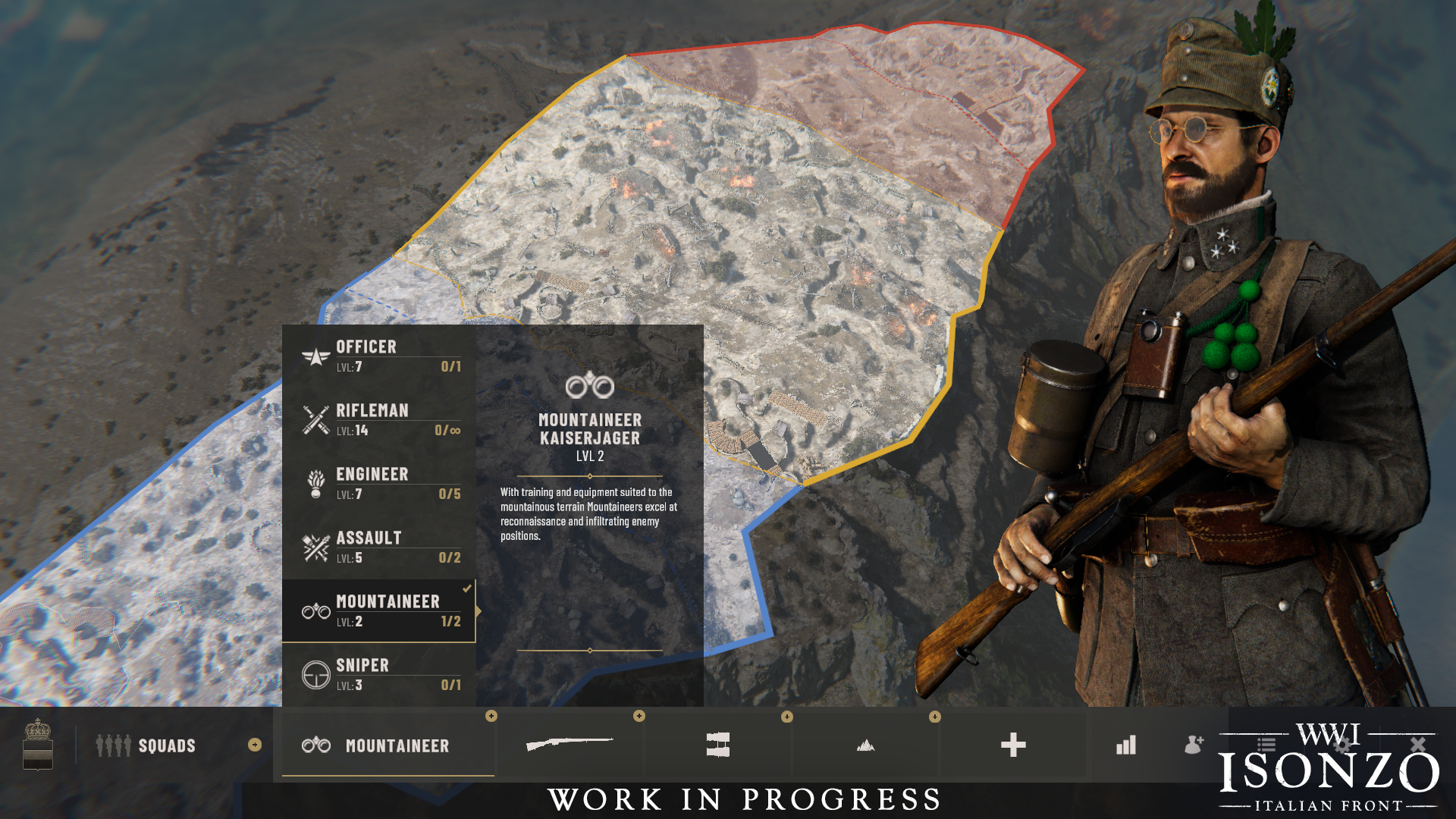 All factions have classes based on historical units, such as the Italian Alpini as mountaineer versus Austrian Kaiserjagers.

Balance of Power
The new class system has many advantages, but perhaps the most significant one is how it makes balancing certain roles easier. No doubt snipers and machine gunners come to mind - and now we can limit their numbers based on faction rather than having it based on squad types chosen by players. Obviously we cannot have the entire team be occupied with these specialized roles and their weaponry, which wouldn’t do justice to the composition of the historical troop formations on the battlefield.

Part of the work in progress class system UI.

We’ve done some experiments with how we wanted players to select their roles and how they link to the different maps. We created a system where some player classes have limited slots and we have control over how many of these roles are available for attackers and defenders. The current class types we’re working with are: Rifleman, Assault, Sniper, Engineer, Officer, and Mountaineer.

This opens up a whole range of exciting gameplay variations. Defenders and attackers can have different numbers of each class available, for instance. Launching an attack with several Assault class slots available will be very different to defenses where you have more Engineer slots, or the Mountaineer class.

It also doesn’t mean that it’ll be harder for you to play as a sniper or machine gunner if you want to - with the new system, it might even be easier for you to find these roles, since you don’t need both a certain squad and then a certain role. By the way, squads are definitely still part of the game - more about that later!

A New Approach to Loadouts
With Isonzo we want to give the players more freedom during a match to adjust their playstyle. Instead of choosing from four roles depending on the squad type, which was the case in Verdun & Tannenberg where each role has three predefined loadouts, you now have more freedom to mix and match equipment within the bounds of your class. You can keep updating your class and loadout choices throughout the match, so definitely tailor your gear for whatever your current goal is on the battlefield! 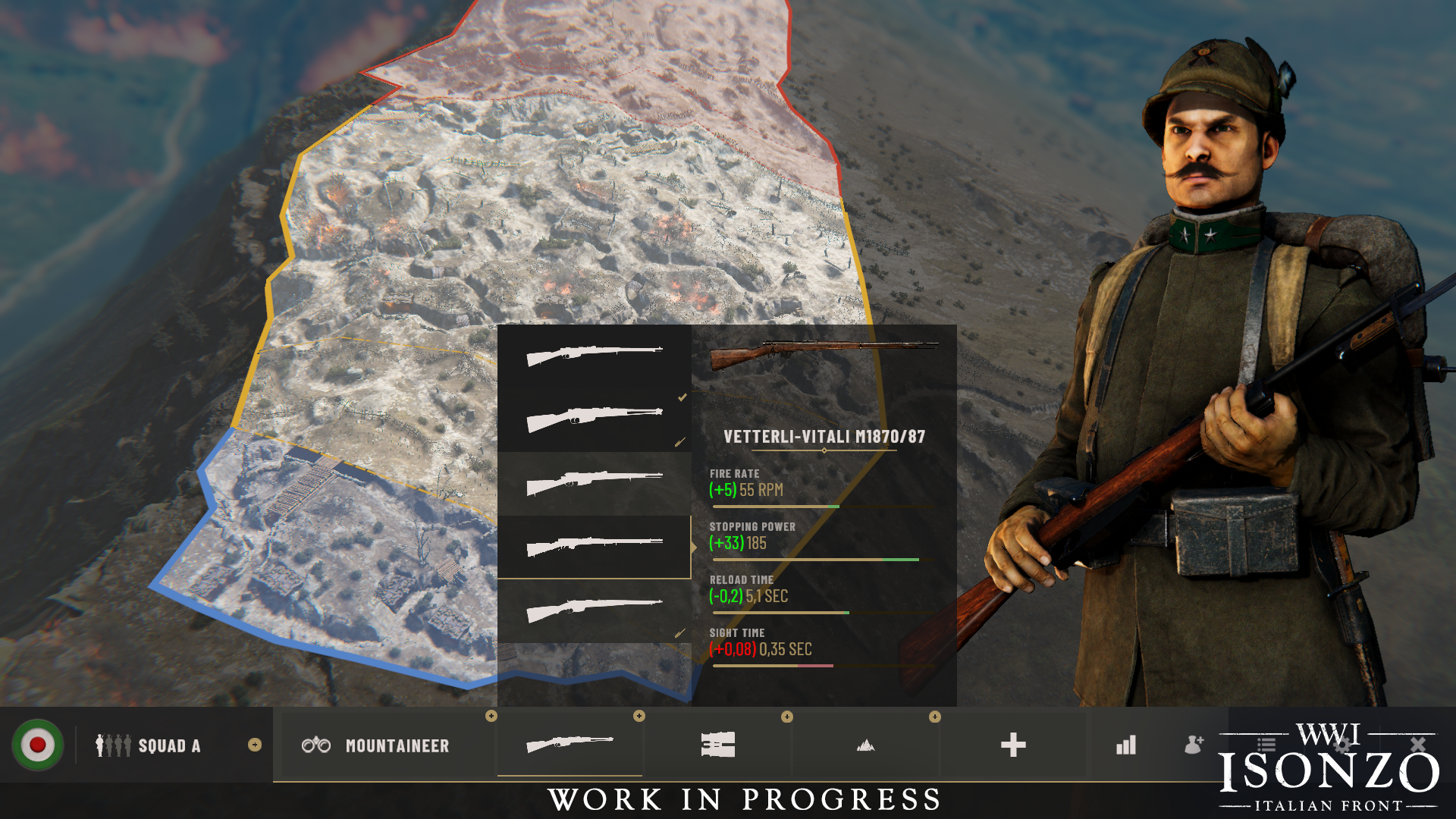 Weapon choices in the work in progress UI.

If you play an Assault class, you may well have limited access to light machine guns… but perhaps a rifle with bayonet will do better if you’re assaulting a well protected trench line? As an Engineer, alongside your trusty rifle do you want to take grenades to clear enemy positions, or a pistol sidearm so you can better defend your carefully laid dynamite in close quarters? Depending on the map, Mountaineers will have to make tough choices about their secondary equipment: binoculars for scouting or the brutally effective ice pick for a melee advantage?

Next to that, some classes can have equipment that is given to them by default. Most classes for instance will carry a shovel for basic construction or a wire cutter for cutting wire, as these are essential for the core gameplay to function. We found quickly in our playtests that given the chaotic nature of the close-quarters trench-warfare, where wire and deadly traps are everywhere, players must be able to aid the advance of their team unobstructed by extremely arbitrary limitations. 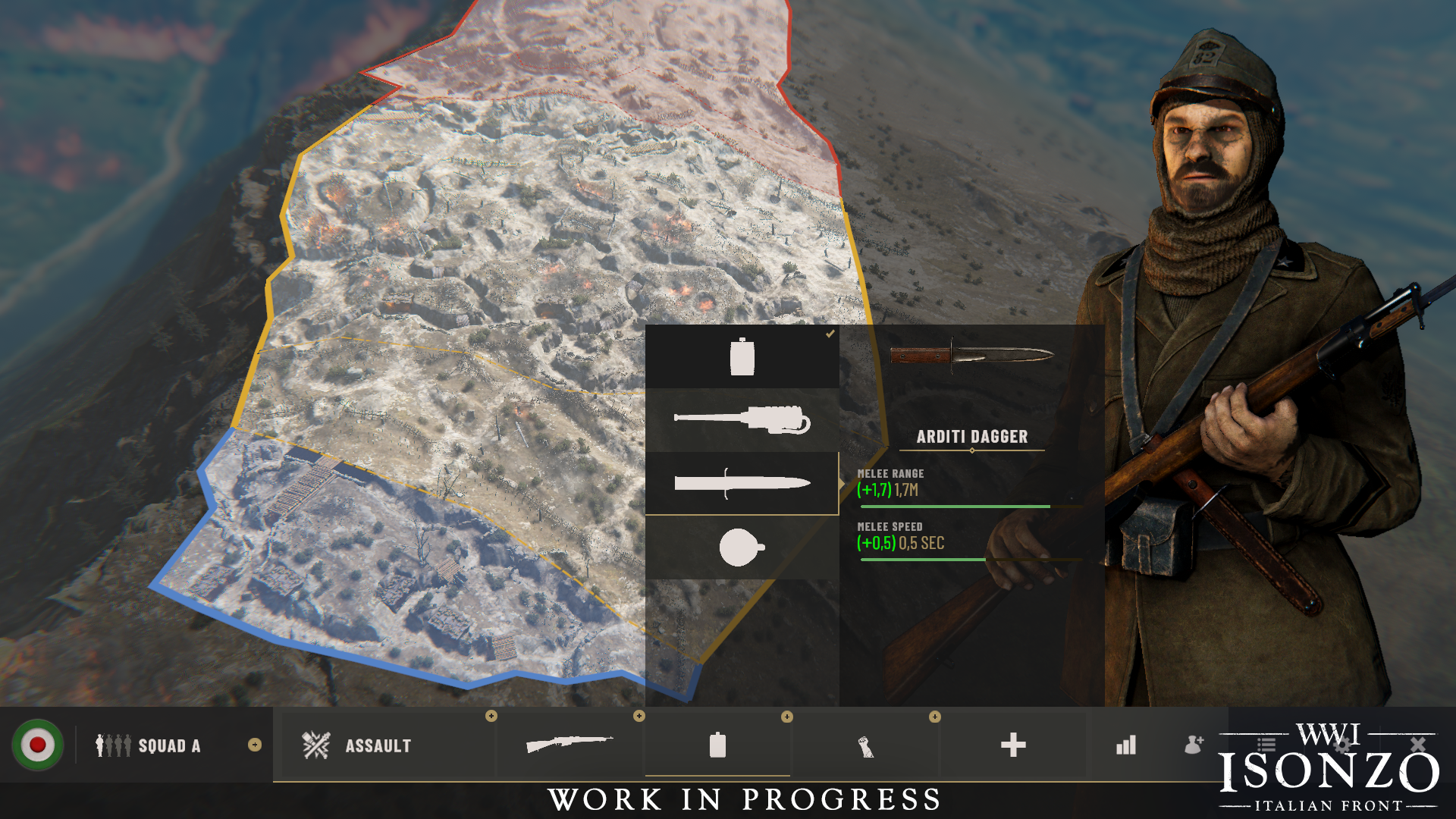 Customize your loadout with multiple pieces of equipment, as you have multiple slots.

Things get even more interesting when you consider the new class-perk specialization system. Alongside your physical equipment, perks represent a certain skill set of the class, or additional support abilities. As an Assault class, you could aim to support your allies by carrying a grenade ammo crate you can place down, or you can specialize as a saboteur so you need half as many vital seconds to knock out enemy heavy weapon positions. Snipers could choose from reduced weapon sway when crouched or prone for superior marksmanship… but if your opponents keep hitting your position with rifle grenades or mortar fire, maybe taking sentry’s body armor is a wiser choice to keep that suppression from explosives under control. Each class has up to 6 of these they can unlock and you can change when respawning, allowing you to adapt your playstyle to the changing conditions on the battlefield. All of these fit the general class archetype they are associated with.

Intel Report Complete
That’s it for Isonzo Intel #5! We can’t wait to share more about the game with you soon. Here’s one last teaser for today - can you ID it? 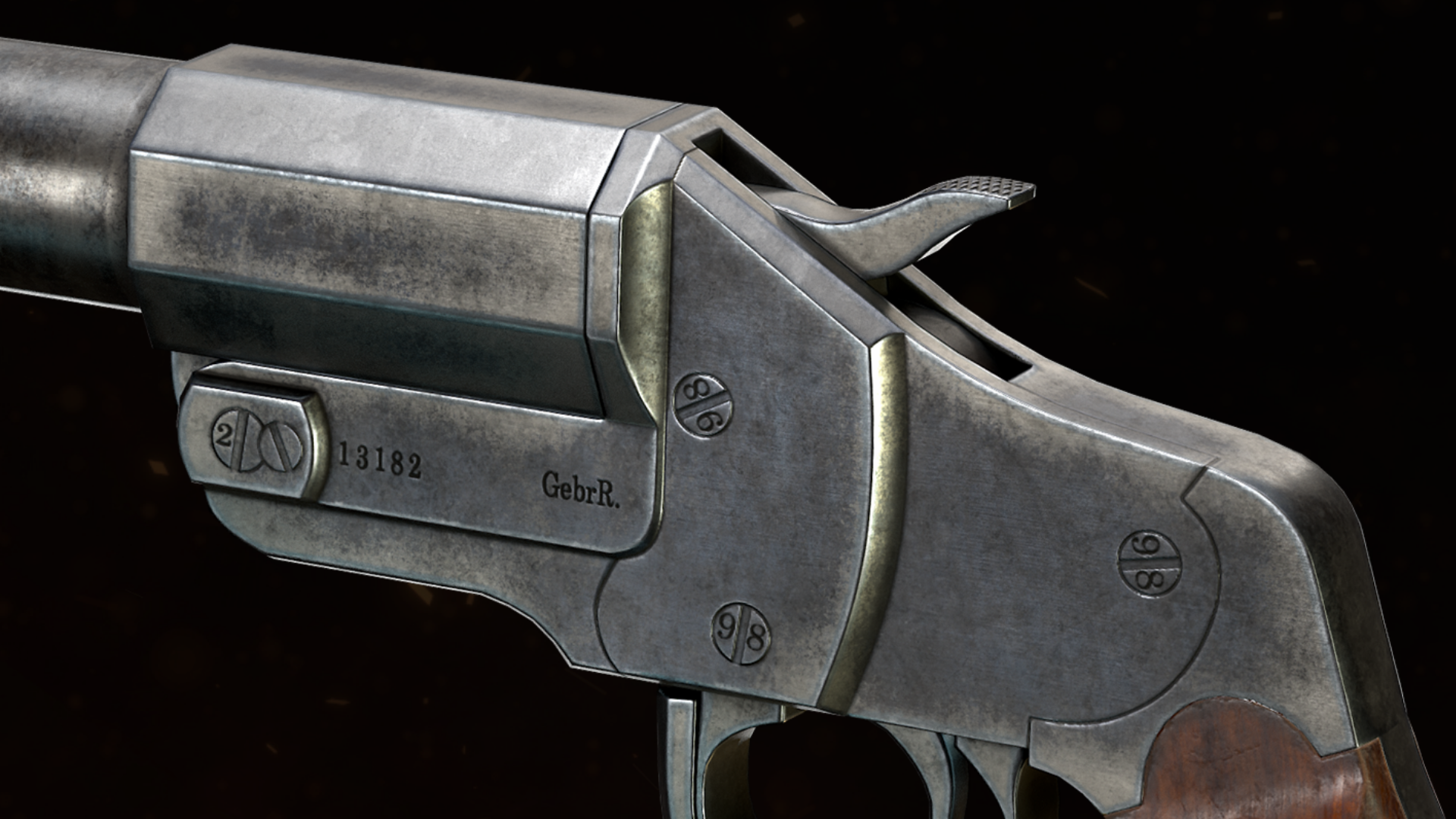 All will be revealed in a future dev blog...

Until next time, soldiers!