It’s been quite a while since our last Dev Blog so we’ve got a content-packed update this month.

Since our last report we’ve overhauled Mission 2, created new destruction effects for large ships, and made dozens of improvements major and minor. All these changes were rolled out to our Alpha testers last week in the 0.3.6 update (full release notes available here).

Work has also been ongoing for the 0.4 update which will feature some brand-new content for our testers to explore! But we’re getting ahead of ourselves, let’s look at some of the work done over the past few months.

Mission 2 has always been a bit of a thorn in our side. We initially thought it would be a very straightforward mission that would be simple to create and balance – we were wrong. To put it bluntly Mission 2 was not fun in its first iteration. It was also not fun after the second. We tried to tweak the second to make it work, but that led to a minor improvement at best. We are now on the third iteration and we finally think we’ve got it right.

Defending civilian ships is your primary objective in Mission 2 but our previous damage setup made it impossible to tell if a ship was in perfect shape or about to explode from the next missile impact. We set out to improve the damage state effects on these ships and in the process improved our large ship damage system greatly. We took these changes to the damage system and applied them to our other large ships – the TDF and Arkin frigates. The result? Some great looking and very obvious damage effects. 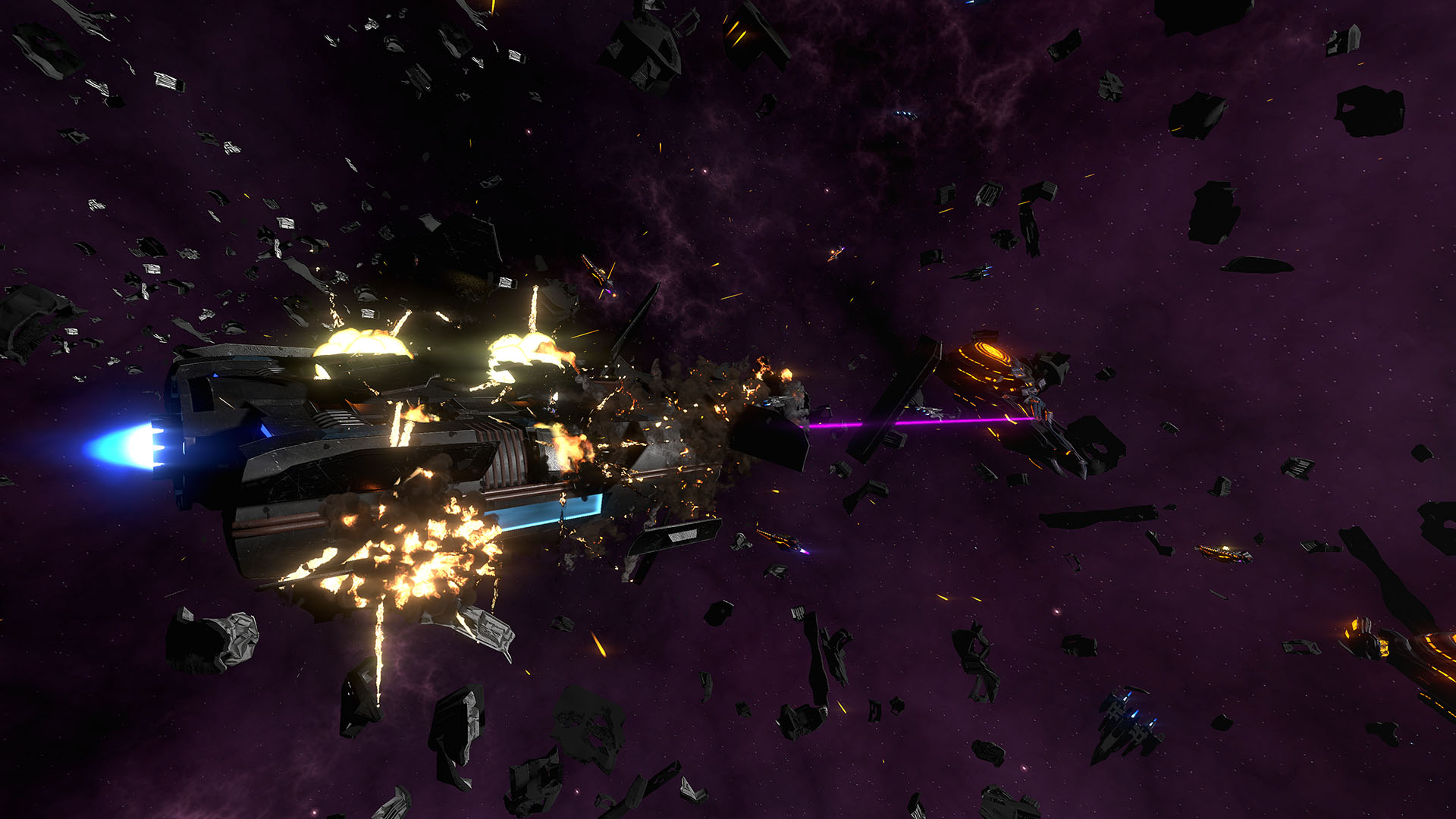 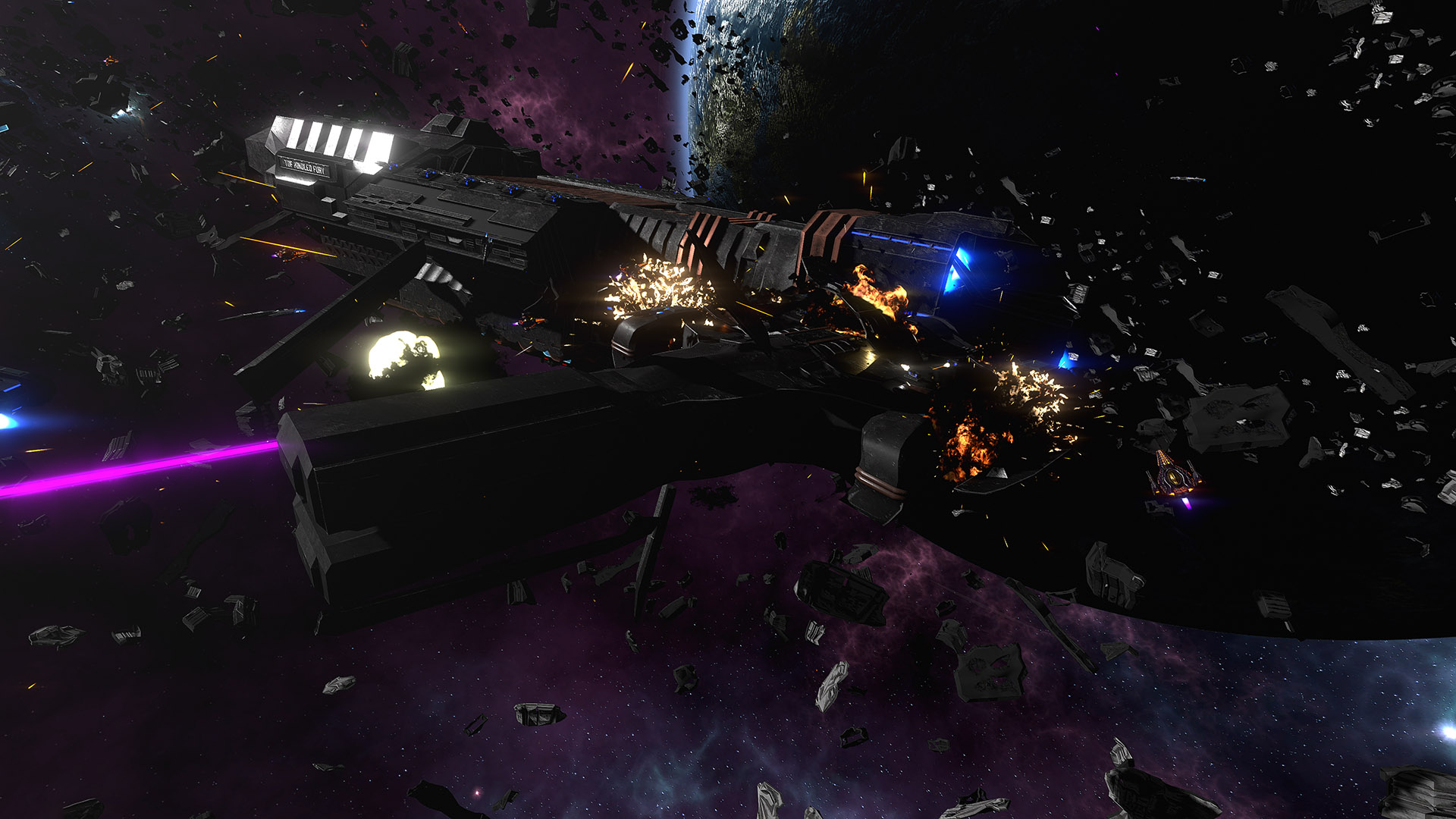 The main issue with Mission 2 was repetitiveness. To solve this problem, we introduced new objectives to break up the main gameplay loop. We also designed a new damage subsystem that allowed us to make killing Arkin bombers a more involved process rather than just shooting them a lot until they explode. We also improved our checkpoint system to ensure destroyed ships had their debris persist when loading a checkpoint. The persistent debris makes it feel like the battle is ramping up as time goes on by forcing the player to dodge and navigate the growing debris field of destroyed frigates and bombers.

We’ve got a new ship to reveal in this update – the Arkin Light Fighter. As the name implies these fighters are smaller than their counterparts and benefit from much higher speed and maneuverability at the cost of firepower. They use hit and run tactics to attack foes rather than persistently following their targets. Lining them up can be difficult but their light armor makes them easy to take down with a well-placed burst of chain gun fire. 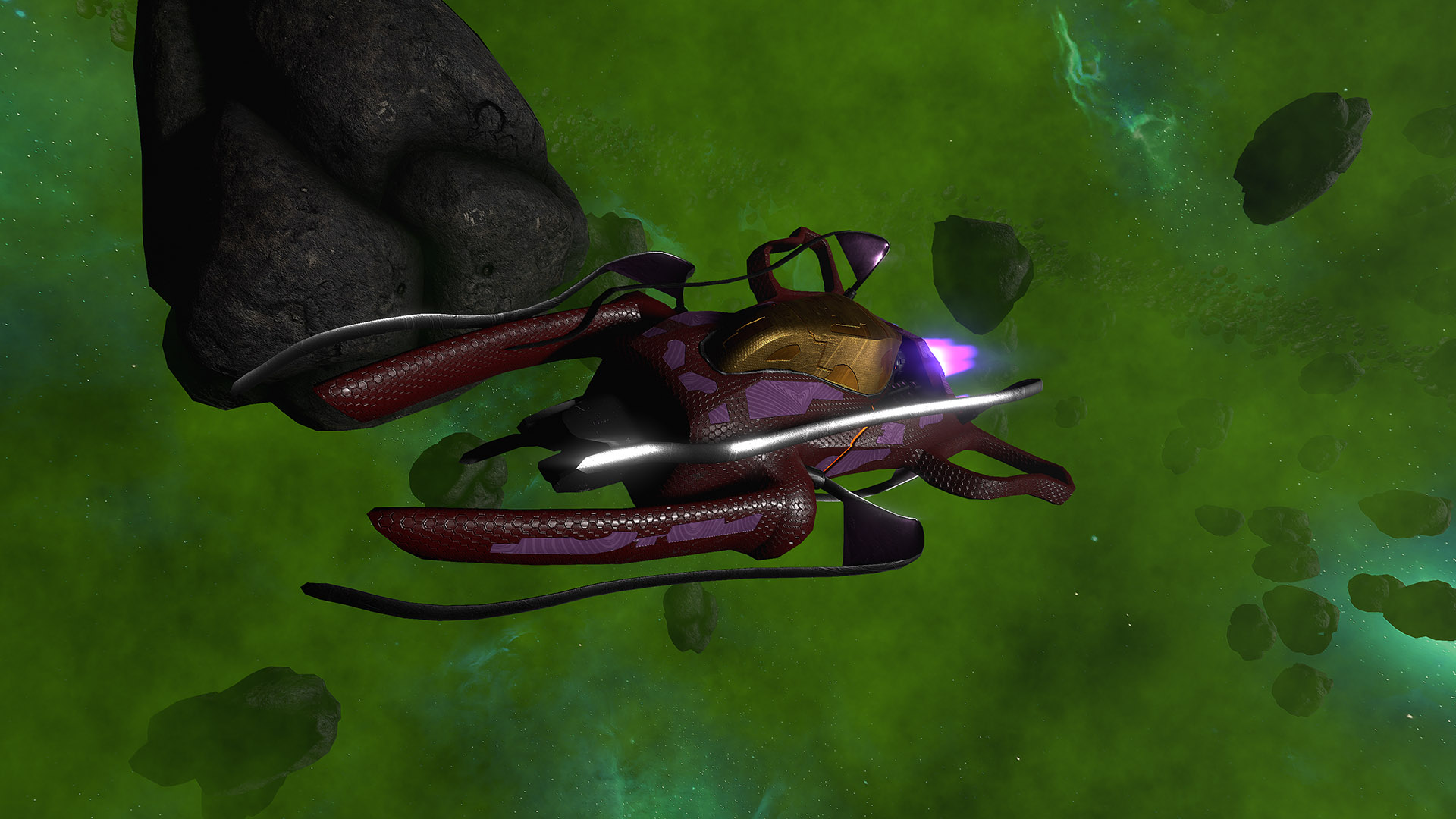 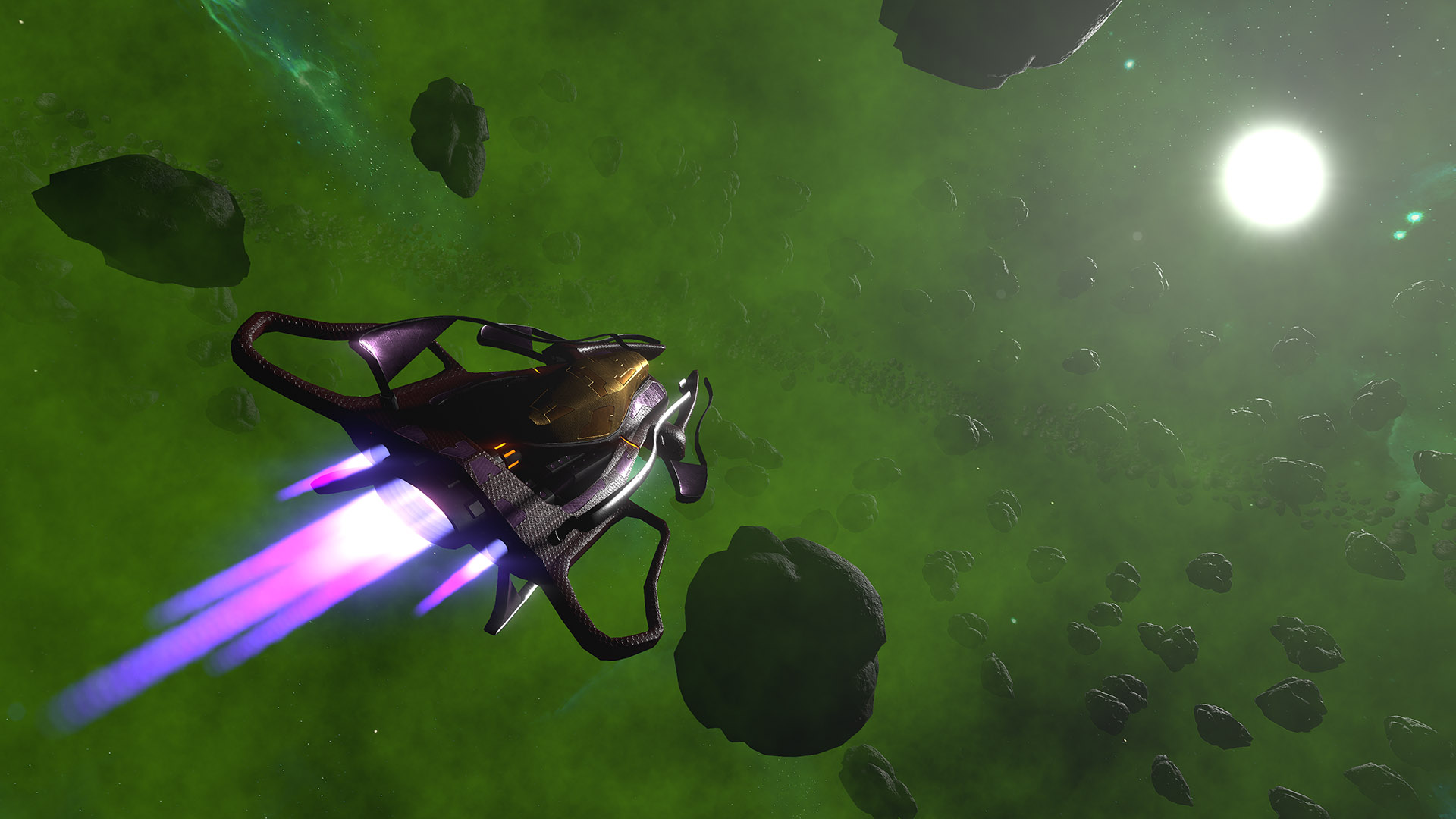 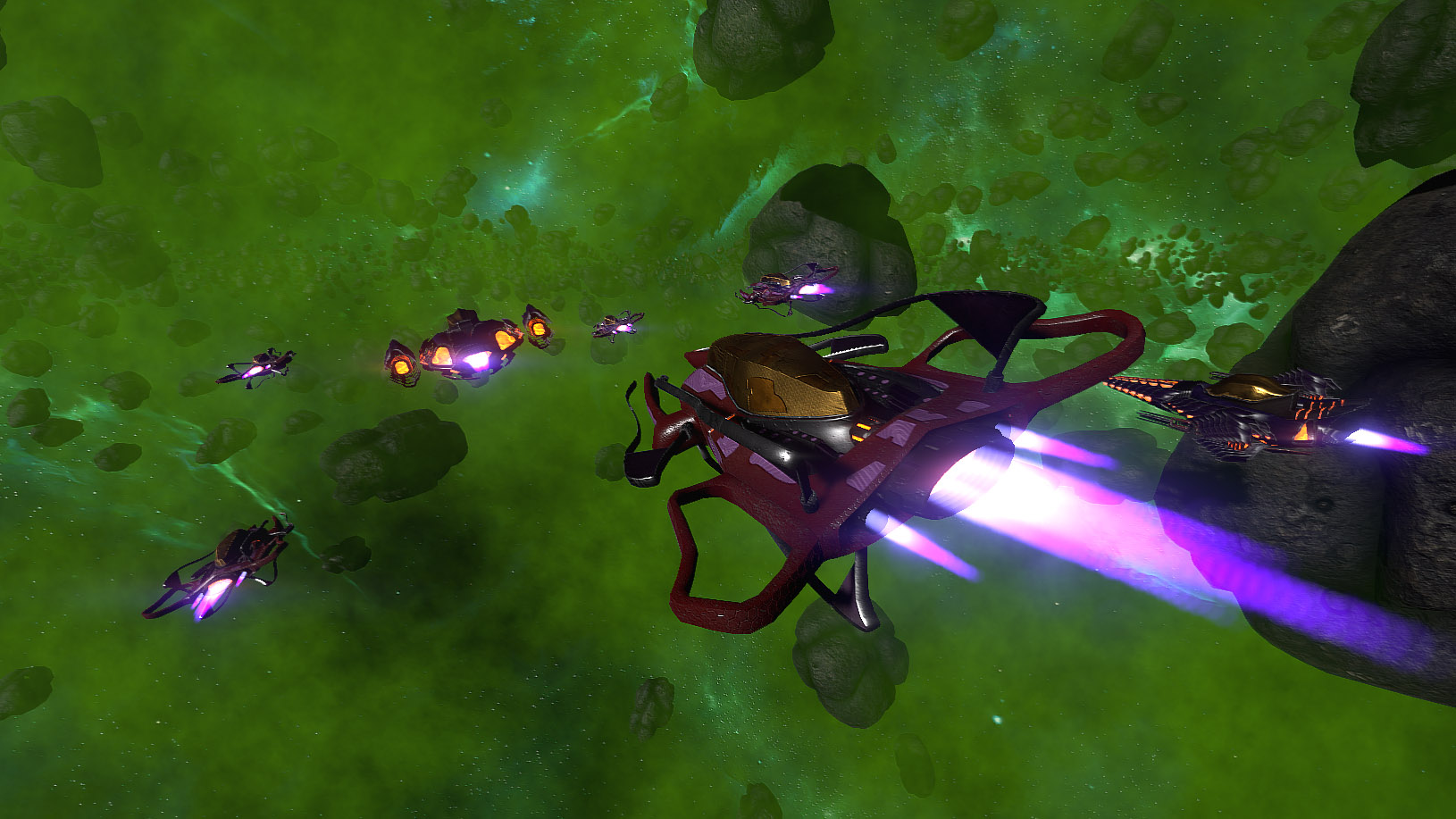 We’ve also been working on new customization assets for the Orion. Some of the new assets include armor, shield generators, and support modules. Here are a couple of possible Orion configurations showcasing the new assets: 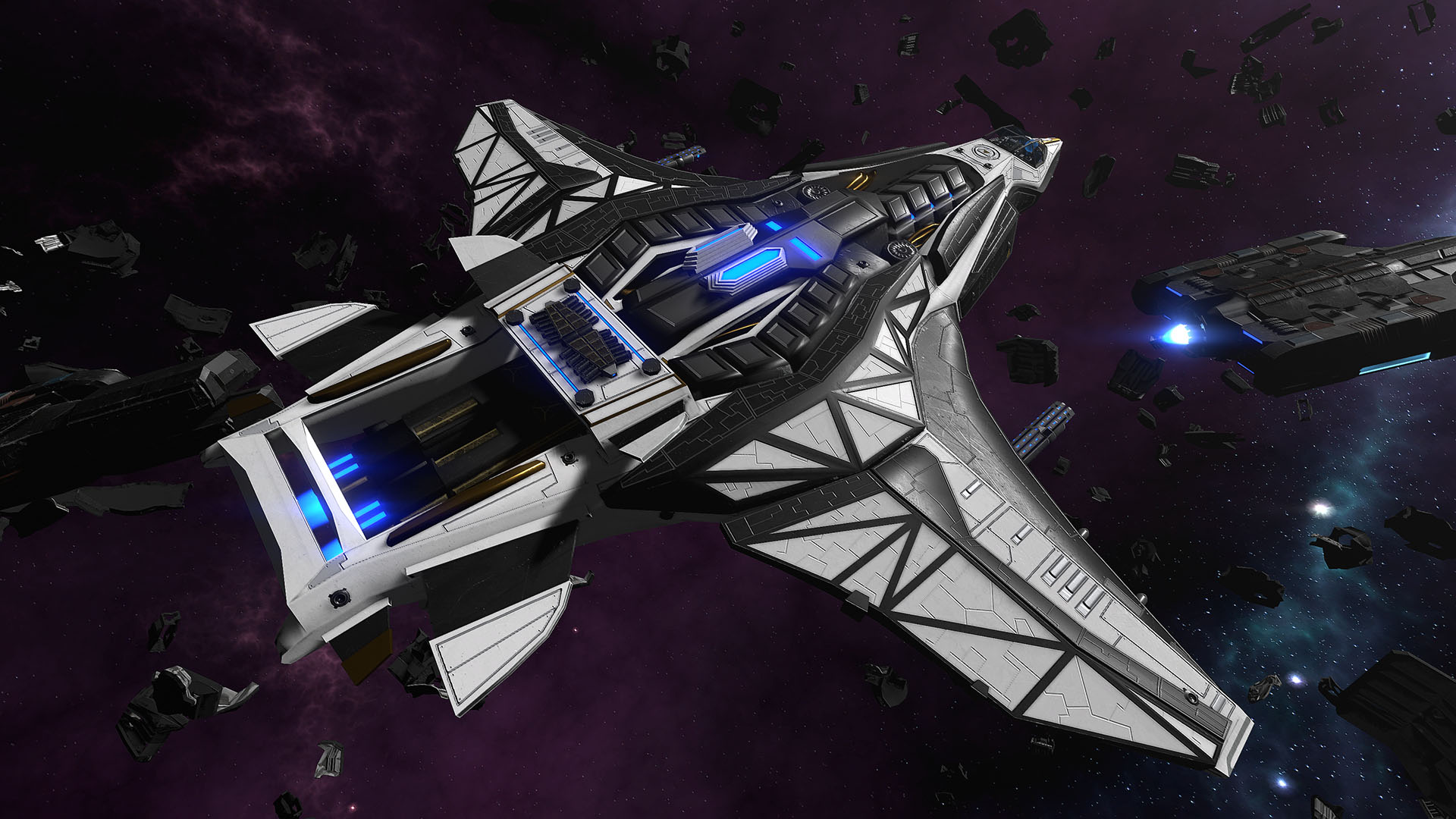 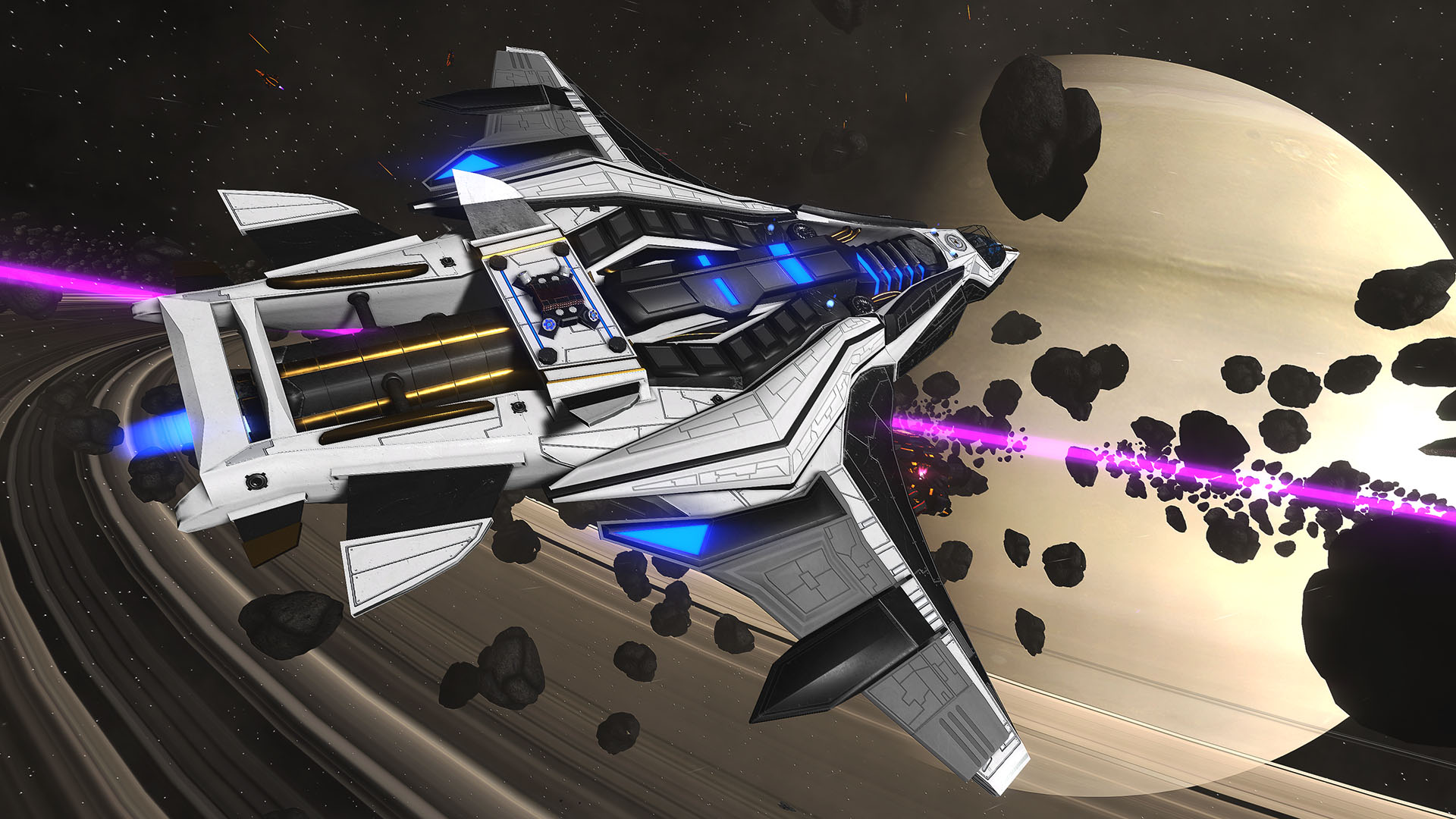 Much of the engineering work of the last release has gone into improving the damage system for the new Arkin bomber kill process and the overhauled large ship destruction. The great thing about both improvements is that they were designed to be generic and will give us more flexibility in setting up damage systems and destruction effects on other objects going forward.

Another goal for Alpha 0.3.6 release was a proper system to handle distant ships and battle effects. These distant ships are far outside the level and provide a backdrop for large battles. This isn’t as simple as sticking the ships we use right now far off in the distance. With these ships being so far away we do not require highly detailed models and textures and reusing our existing assets would be a huge performance drain. This feature has been shoved to the back of the queue for some time because it doesn’t affect the core gameplay at all. It does however add to the atmosphere and plays an important role in the narrative of Mission 1 which is why we decided to get it in. Going forward we can warp distant fleets in and out, trigger battles between ships, and destroy ships as needed.

Another task for the latest release was taking another high-level performance optimization pass. This was successful with several key areas targeted and improved.

In the short term, we’re working on a list of gameplay improvements we’ve compiled over the last few months. Most of these are minor but they’ll help polish off some of the gameplay’s remaining rough edges. This leads up to a large in-person playtest session we have planned for next month where we will be running people who have never played the Arkin through the alpha. Playtests like these are important as we can discover issues we or our alpha testers would not. Issues with the tutorial, unclear objectives, and difficulty are much easier to spot when watching someone who has not played the game before.

Beyond the playtest session we continue to work on new content for the 0.4 alpha update. No ETA on this update right now but it will be some time after the playtest to give us a chance to work on the feedback we receive.

That brings this dev blog to a close! Thanks for reading and we’ll see you next time!