Welcome to the first Arkin Dev Blog of 2017! After a much needed break for the holiday season we’re back and working harder than ever to bring Arkin to life. We’ve got some interesting updates to kick off the new year so let’s get to it!

In a previous update we mentioned that changes to how shadows are being handled in our engine have allowed us to update our camera setup to support some cool new graphical effects. We’d like to expand on that and show you a couple of those new effects in action.

Ambient Occlusion has become a staple of modern game graphics. Essentially it is the shadowing that exists in cracks, corners, and narrow gaps, regardless of other lighting in the scene. Physically accurate ambient occlusion requires a much more realistic lighting setup than is possible for modern hardware to handle in real time. That of course means that Ambient Occlusion in games is not entirely accurate, but rather an approximation that serves the purpose of adding that extra bit of detail to a scene without destroying performance. 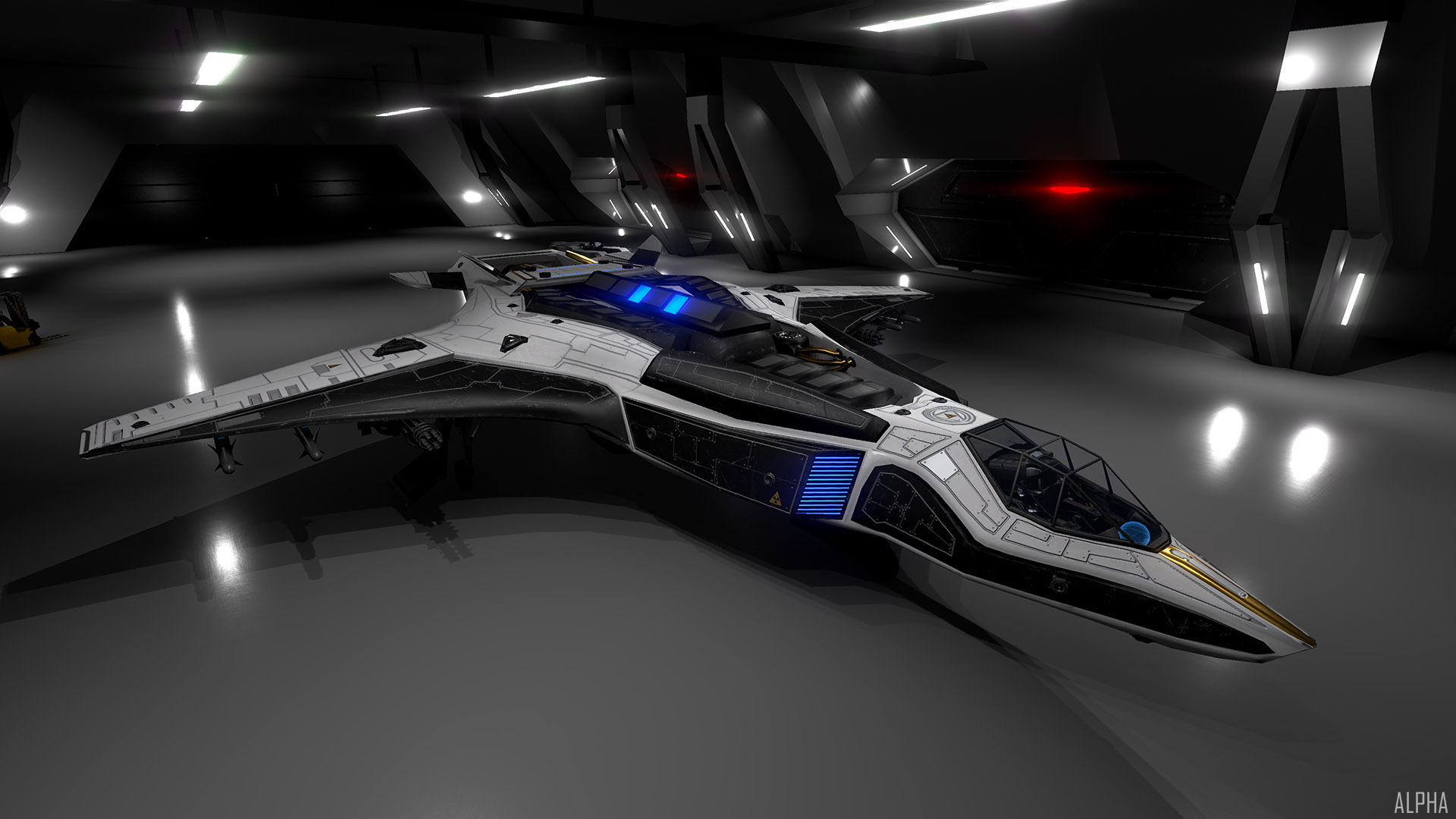 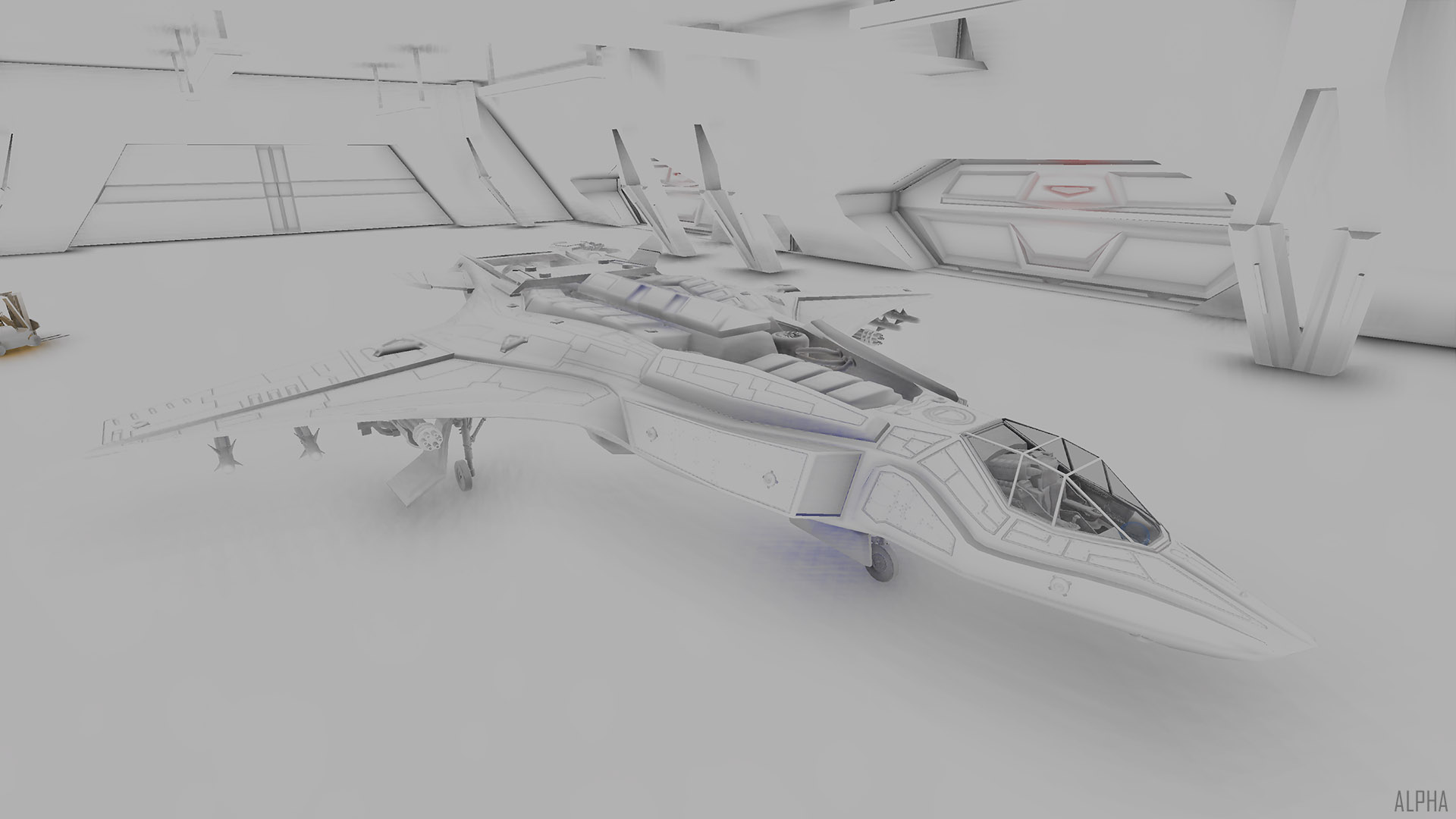 Our next effect is certainly not new but we’re very happy to be able to use it nonetheless. Volumetric Lighting is a way to add physical presence to light. It gives light the effect of passing through an actual three-dimensional medium such as fog, dust, smoke, or steam. Sun rays are a very common representation of volumetric lighting in modern games. 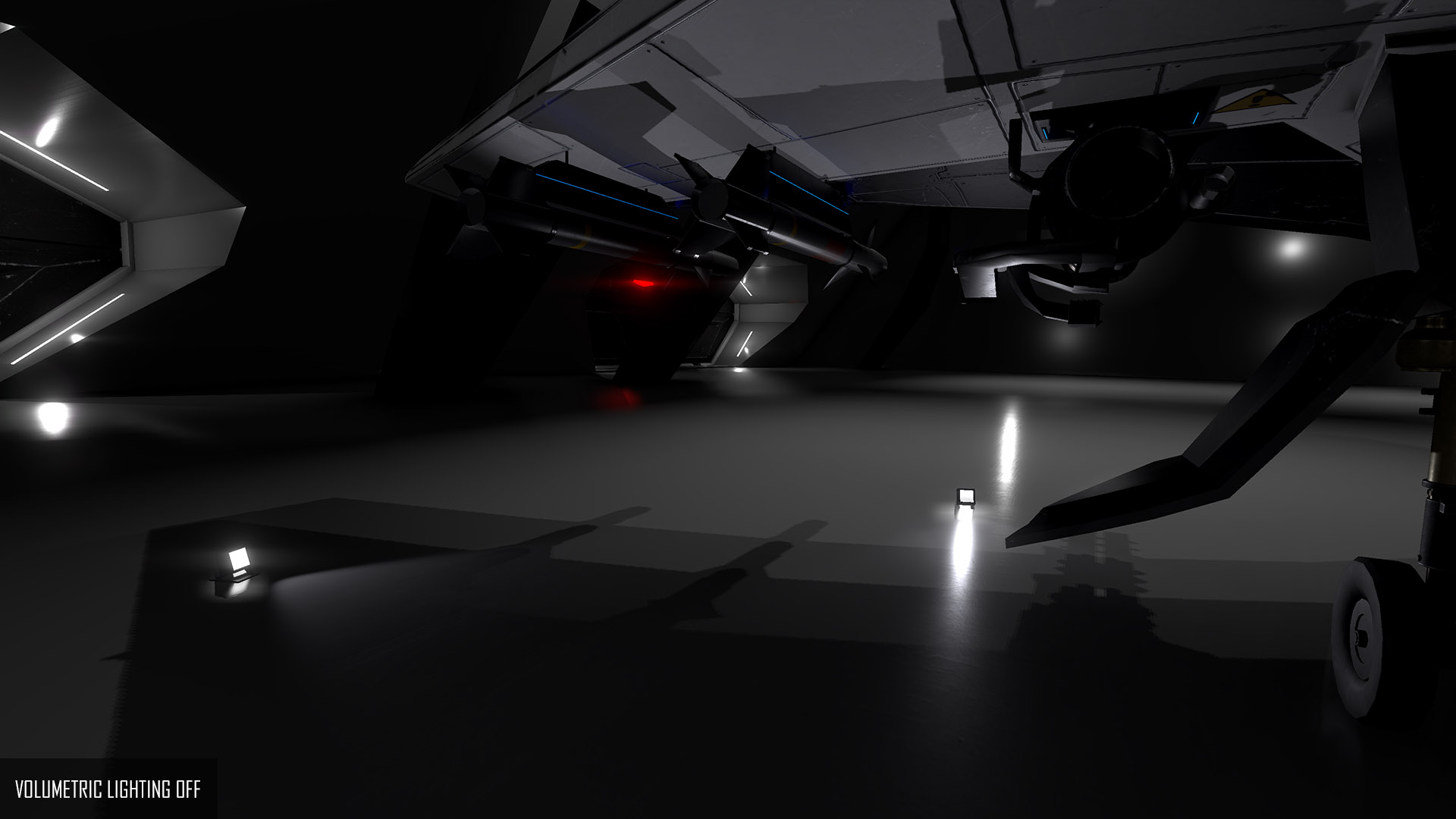 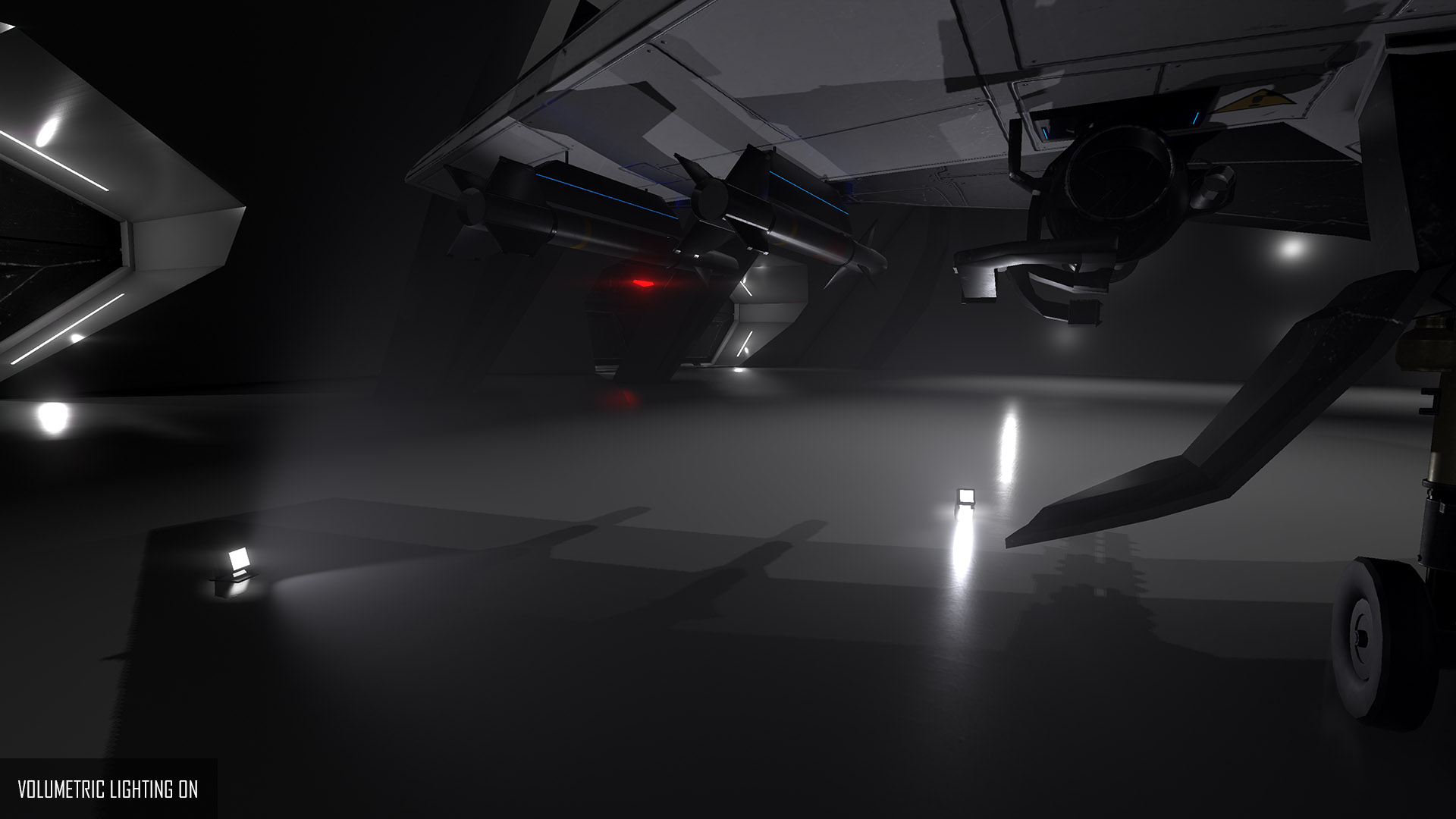 Here are two screenshots of the exact same scene with the only difference being the addition of volumetric lighting. You can see how the work lights gain physical presence in the scene when volumetric lighting is enabled. Going forward we’ll be looking for opportunities to apply this effect to add an extra layer of graphical fidelity to the game.

Our art update is brief in this Dev Blog as a number of assets are almost ready to be shown but aren’t quite there yet. So for now we’ve got some shots of the new work-in-progress launch hangar. 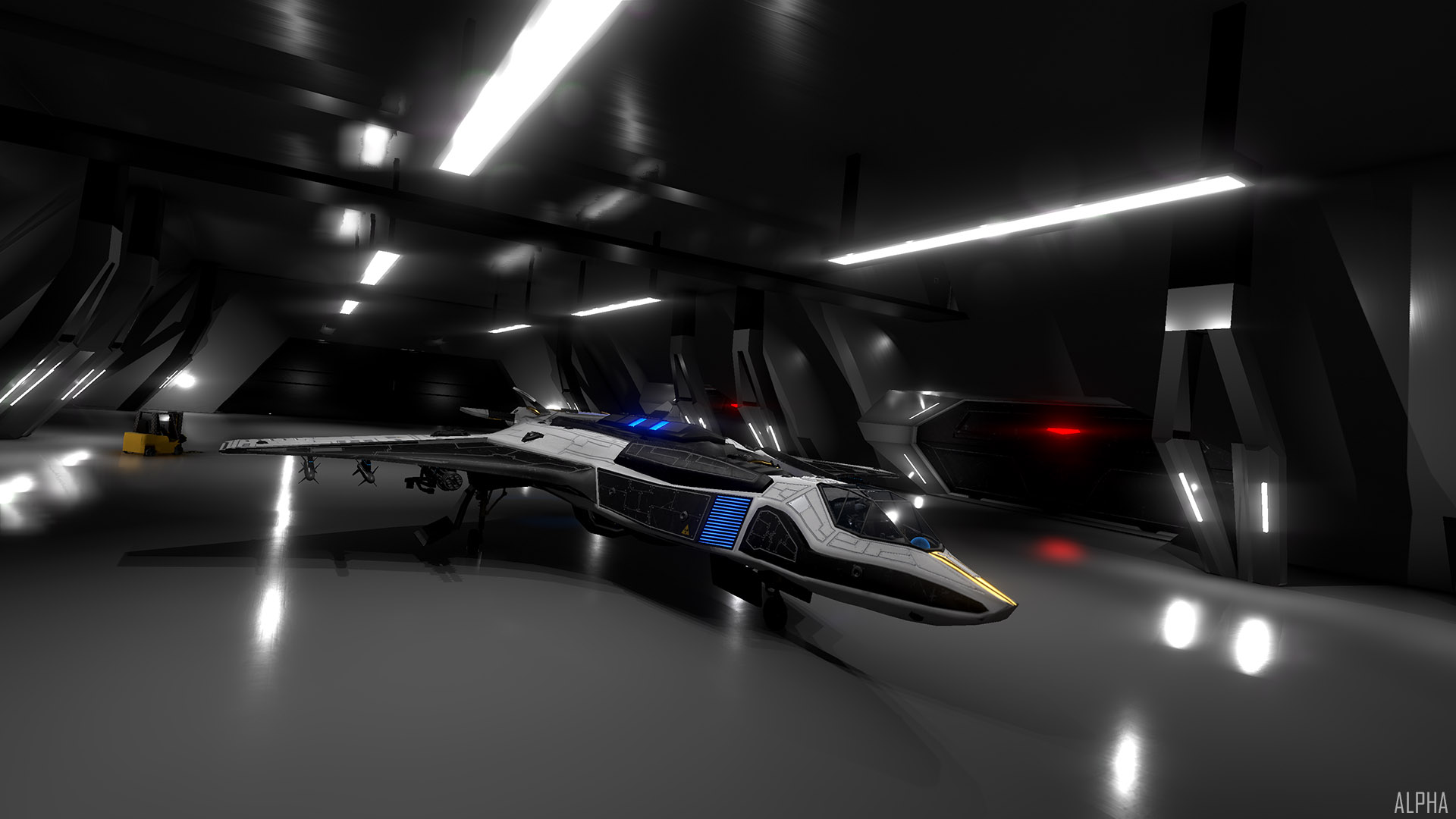 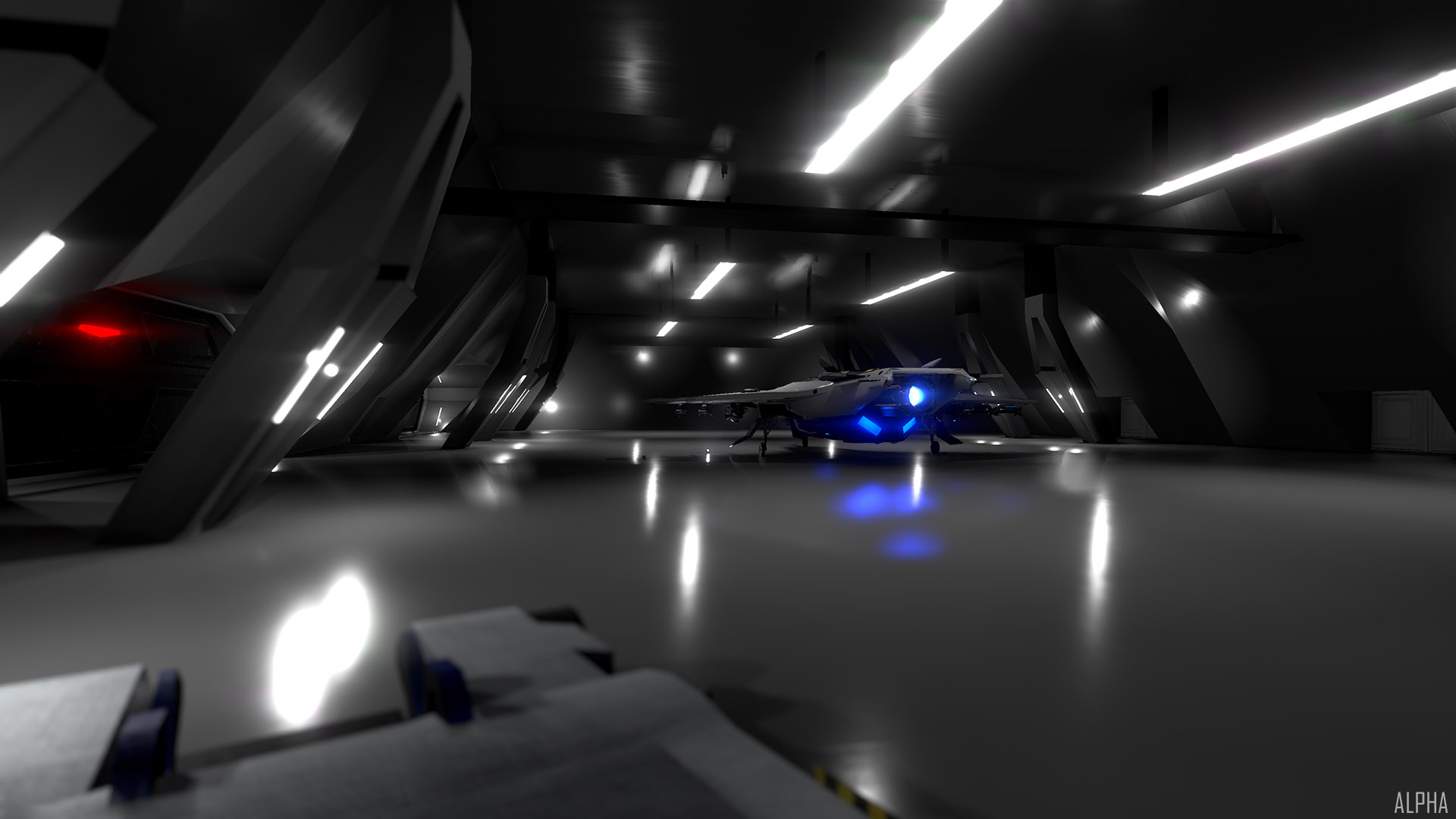 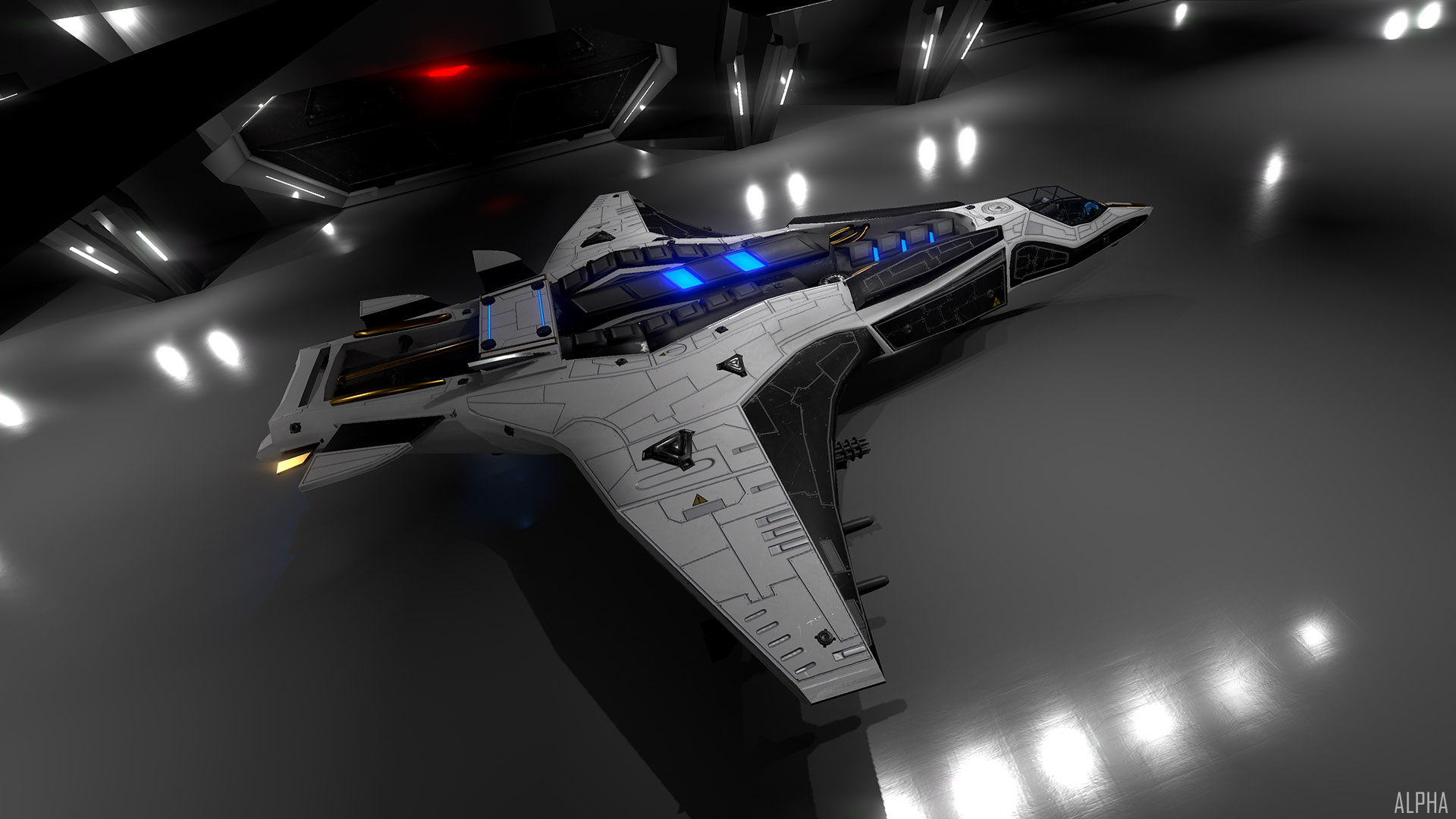 Keep in mind that the hangar is completely untextured right now and missing almost all its detail geometry. Even then it does manage to look fairly good thanks to a darker lighting setup and strategic use of ambient occlusion and reflections. We’re looking forward to showing off the completed hangar in our next update.

Earlier this week we released alpha version 0.3.5, a small update with a few new features and several fixes and enhancements. Among those features are our new graphical effects and dynamic squadron dialog to inform you if they spot hostile fighters on your tail. Our next big update (0.4) will be more substantial and feature new and updated mission content among other changes. No ETA at this time but as usual we hope to have it ready as soon as possible!

That’s all for this month! Thanks for reading and we’ll see you next time!