We've been hard at working making a billion changes since our first major alpha, so it's time to update what needed changing.

During our alpha build we hit a lot of things that we realized just weren't ready yet. Could we launch as-is? Sure we could have proceeded with beta and tried to clean things up as quickly as possible before release, but considering we have the luxury of time I decided to push back our planned launch by 6-8 months and get everything up to the high quality standards that we hold.

So what did we find out in our big alpha build?

How do we remedy this?

For starters one of the latest things we have done is bring a writer onboard to help with all dialogue, lore, and campaign story flow. He's also working on lore and written work for the Creoterra and Darktide sites. I can't begin to explain how much nicer everything is turning out now that we have a real professional working on this rather than using our amateur writing skills. We have a ton of great world building, lore, and concepts, but when they were put to words they just didn't feel right and seemed a bit too technical. Our new writer Mike is injecting a ton of creativity into the writing and everything he does is coming out just amazing!

What could I say about the AI other than... oops. The code hasn't been changed much and there are only a few minor features needed in the tracker right now, but I had to go back and evaluate our tools and how exactly we queried the data on the AI playing against itself as well as players. We have quite a large dataset but a lot of it is deprecated due to gameplay changes or major unit reworks, and so I decided to throw out a good portion of the data and start having robots play against each other all day. It has been constantly improving but it's an area that I'm still working on constantly and will likely end up being the hardest part of development to get perfect when all is said and done.

In regards to the UI both in and out of game we've made a lot of changes and a lot more are forthcoming. Mind you I am sooooooo glad that we had to go through this process again, which is the fifth refinement I believe. During the UX/design process of making changes on the HUD our designer came up with some great ideas on how we could run on a smaller screen without sacrificing any quality. We smashed heads together for awhile and finally have a UX design that works tremendously, and while the iPhone version will have different UI/HUD in comparison to the PC/Mac/iPad version, it works extremely well for the platform and is very intuitive. So in the end we have burned (and are still burning) a lot of time on the UX of the UI/HUD, but out of this work arose a way to support a platform that we all wanted to play on!

Until the alpha the idea of naming units and various other small customizations didn't even pop into my head. We had a ton of major customization such as squad building, team colour, sigils, mastery trees for units, and a few other systems and just hadn't thought at the level of micro customization as simple as naming. We're still in early stages on this as it's completely UX that we need done as the code is dead simple, but right now we're bogged down with too much UX work.

Regarding persistence we've actually changed a few things up and it's working out extremely well. We added a "guild hall" on the world map which is really just a glorified menu system full of art. When you enter the guild hall you'll see the stable of characters that you have access to (as our game is completely about building/battling with your guild) and you can swap them in and out of your active squad freely between battles maintaining their levels, masteries, and all customizations. This will also be the area where we add small micro customizations such as unit naming, etc.

As I mentioned above the main UX hurdles that were holding us back from launching on the iPhone have been solved, which makes me happy as I'll now be able to play the game on my 6+ when I'm out somewhere! Considering we support the very first iPad, technically it was dead simple to get running on the iPhone and it's really just UX hurdles that we're solving along the way.

Ok so after proof reading my post I realized... it just isn't as cool without pretty pictures. So I'll end with a screenshot of the Darktide site that is nearing completion, part of the game guide, which showcases some work from our new writer! 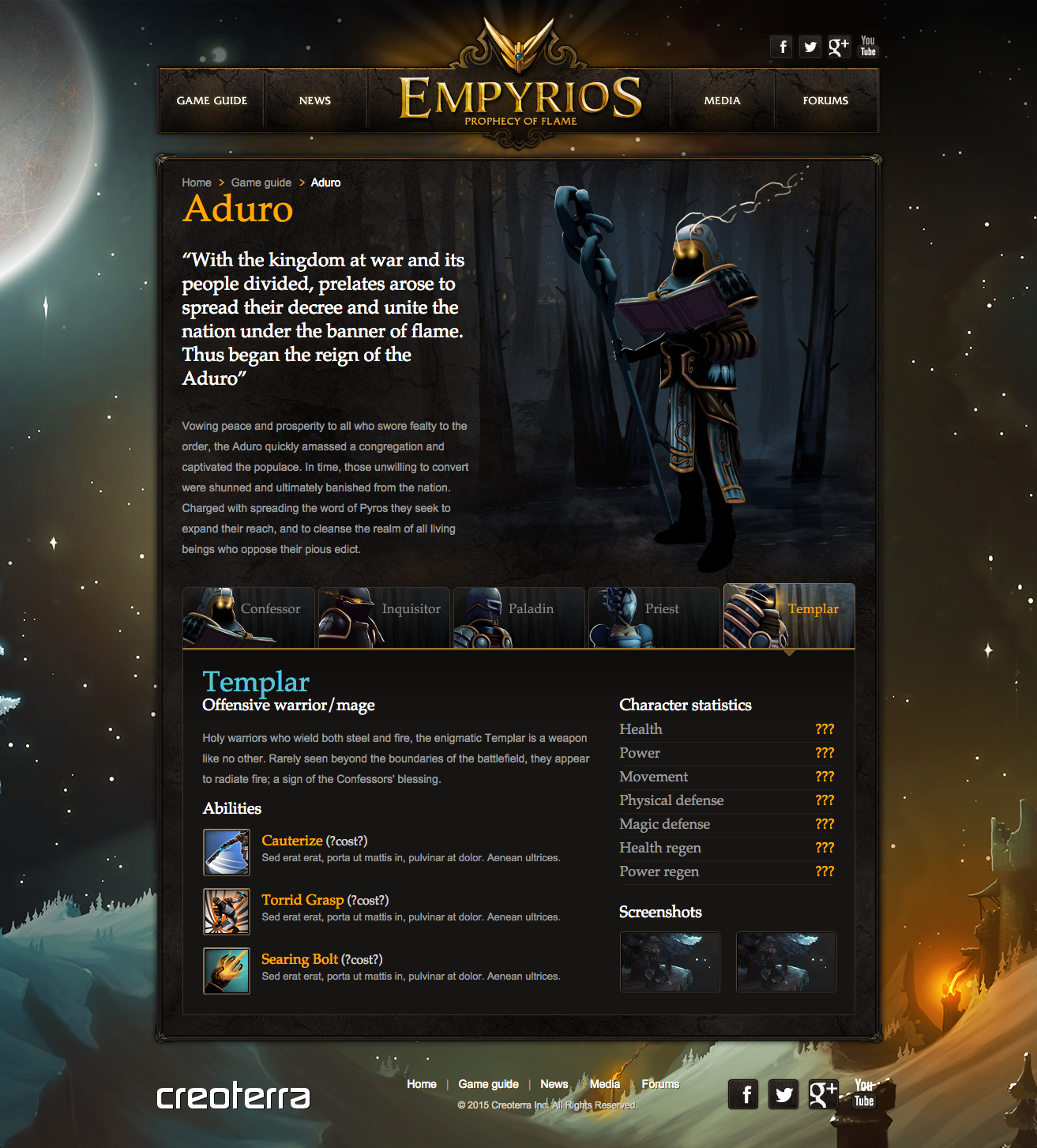