Welcome to the first Arkin dev blog! While the rebranding has taken a lot of our time over the past month we’ve still got some development updates for you.

If you missed our news post on changing the name from Project Orion to Arkin you can find it here. Changing the name was a big undertaking. We had to update text, images, links, and references across more than half a dozen websites. Beyond that we had to make several changes to the game itself, including art assets, save structures, build configurations, and more. As you might expect this is where quite a bit of our time went over the past month or so.

We also finally took the time to create a new trailer. Our last trailer had been released in March so we were in dire need of a new one, and what could be better than a new trailer to accompany the announcement of our new name? If you missed the trailer you can check it out on our YouTube channel.

The art team was mostly unaffected by the name change process so we've got some great updates from them this month. Before we jump into the big updates, there are several ongoing tasks we'd like to mention. We're working on several new attachments for the Orion, such as shield generators, armor, and support modules. We've also begun work on the Orion's hangar which will be visible when outfitting the Orion aboard the Fury in between missions. 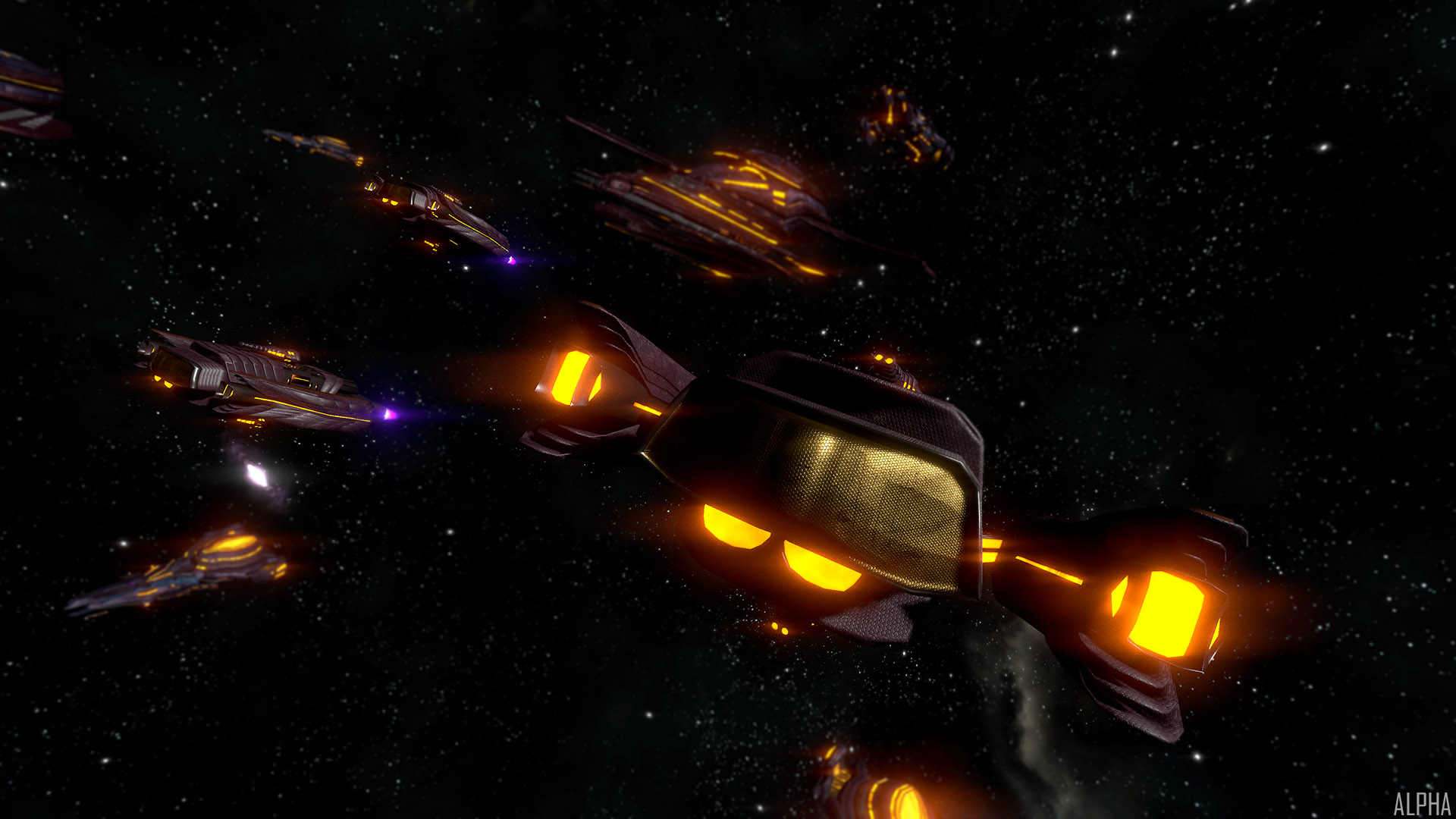 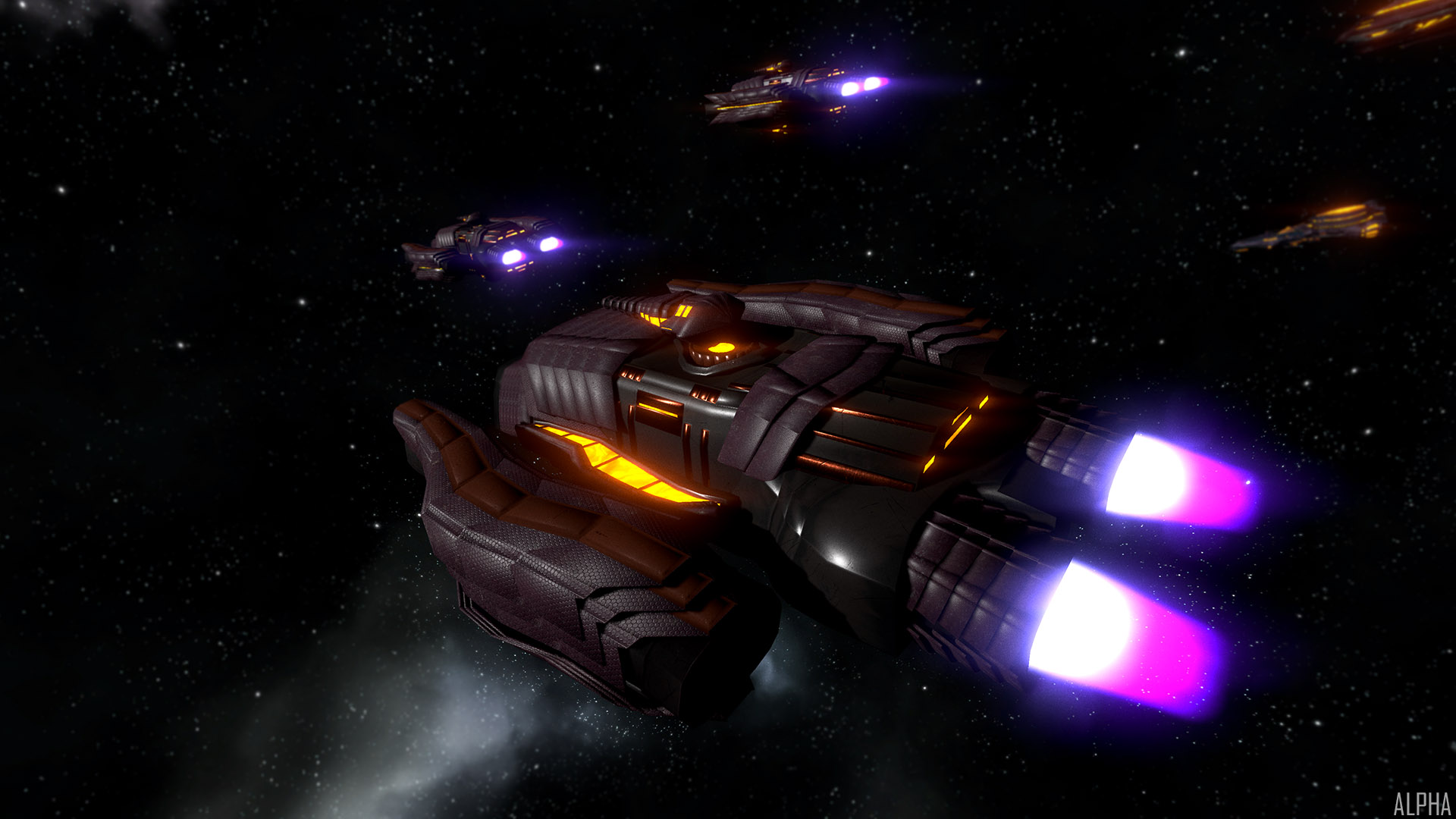 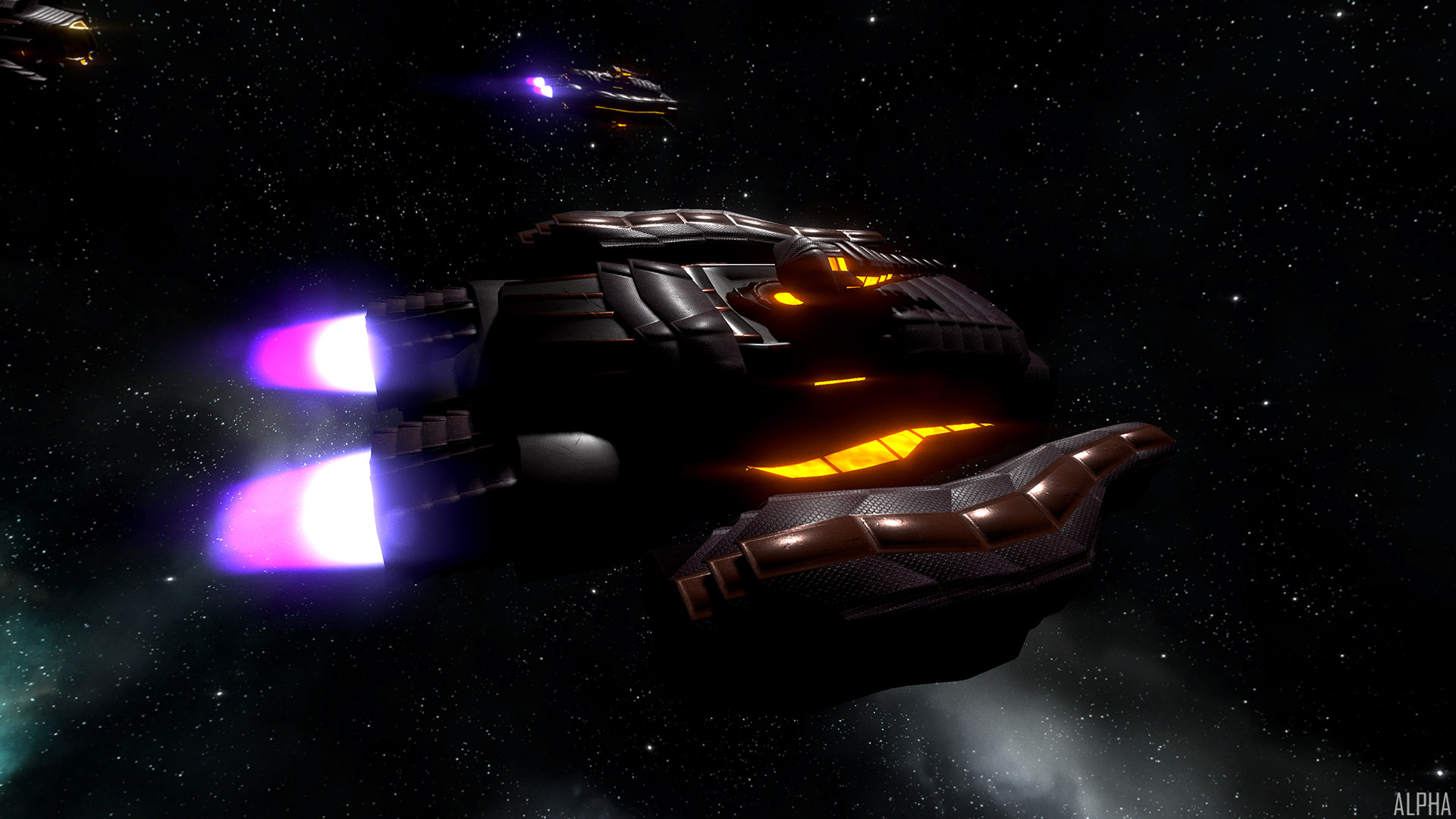 First up is the new Arkin Heavy, a ship that takes on both support and bomber roles. It's large, well armored, and designed to take out hard targets like frigates and other vessels of similar size. To accomplish this task its capable of firing devastating torpedoes of charged plasma that home in on their targets. It's also equipped with two heavy pulse laser turrets for suppressing fighters attempting to take it down. Despite these defenses Heavies will rarely operate without a fighter escort. 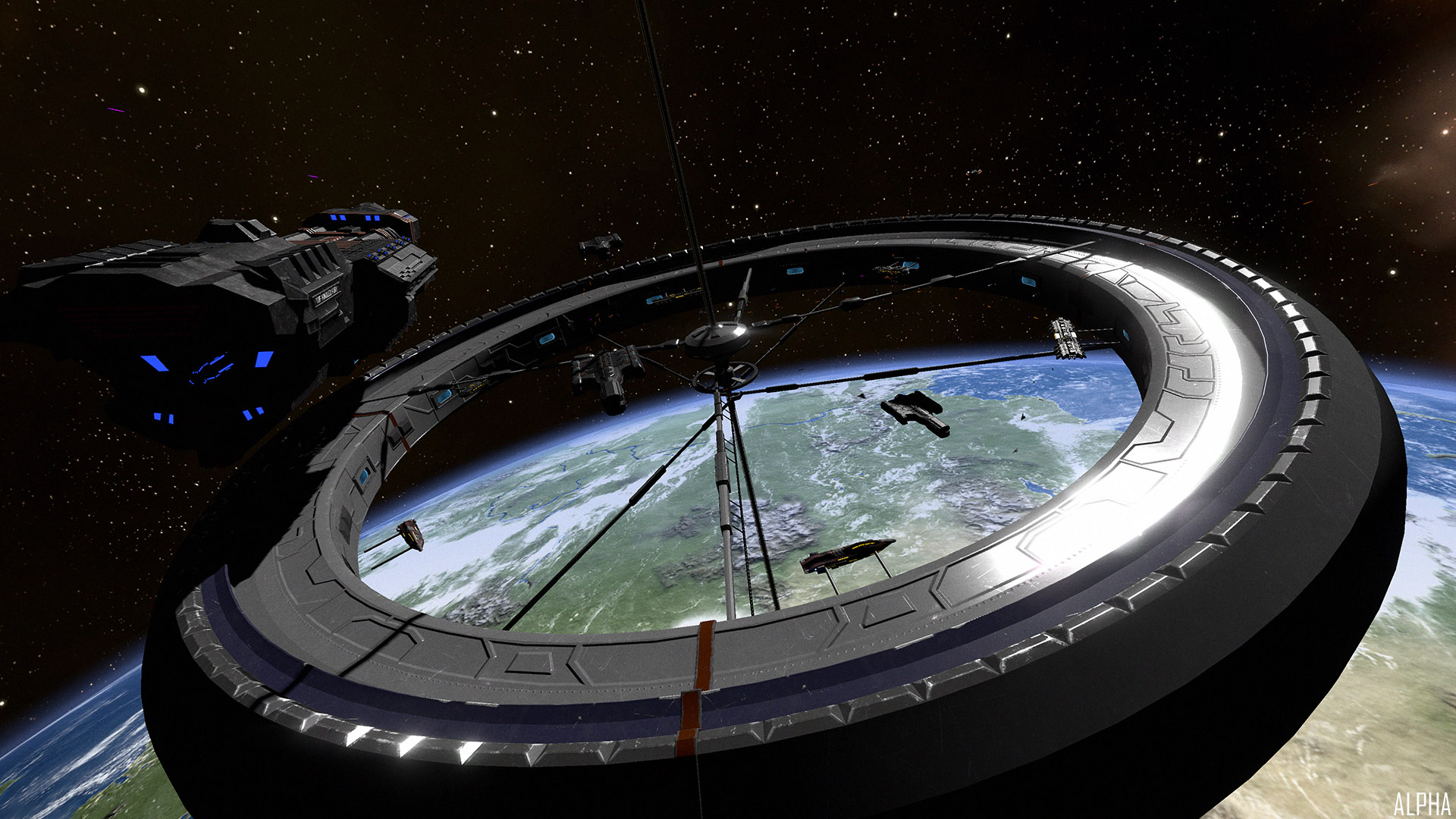 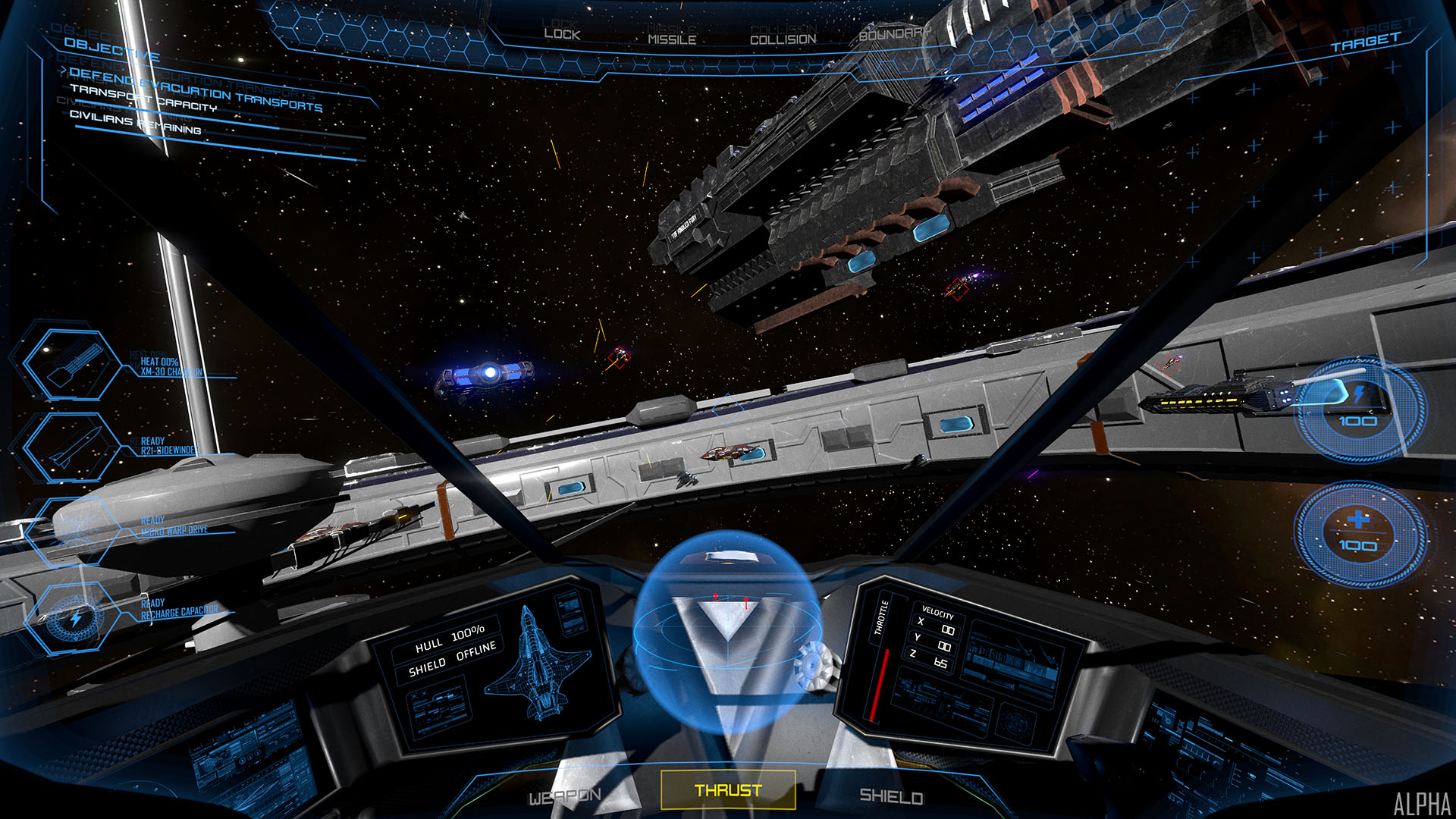 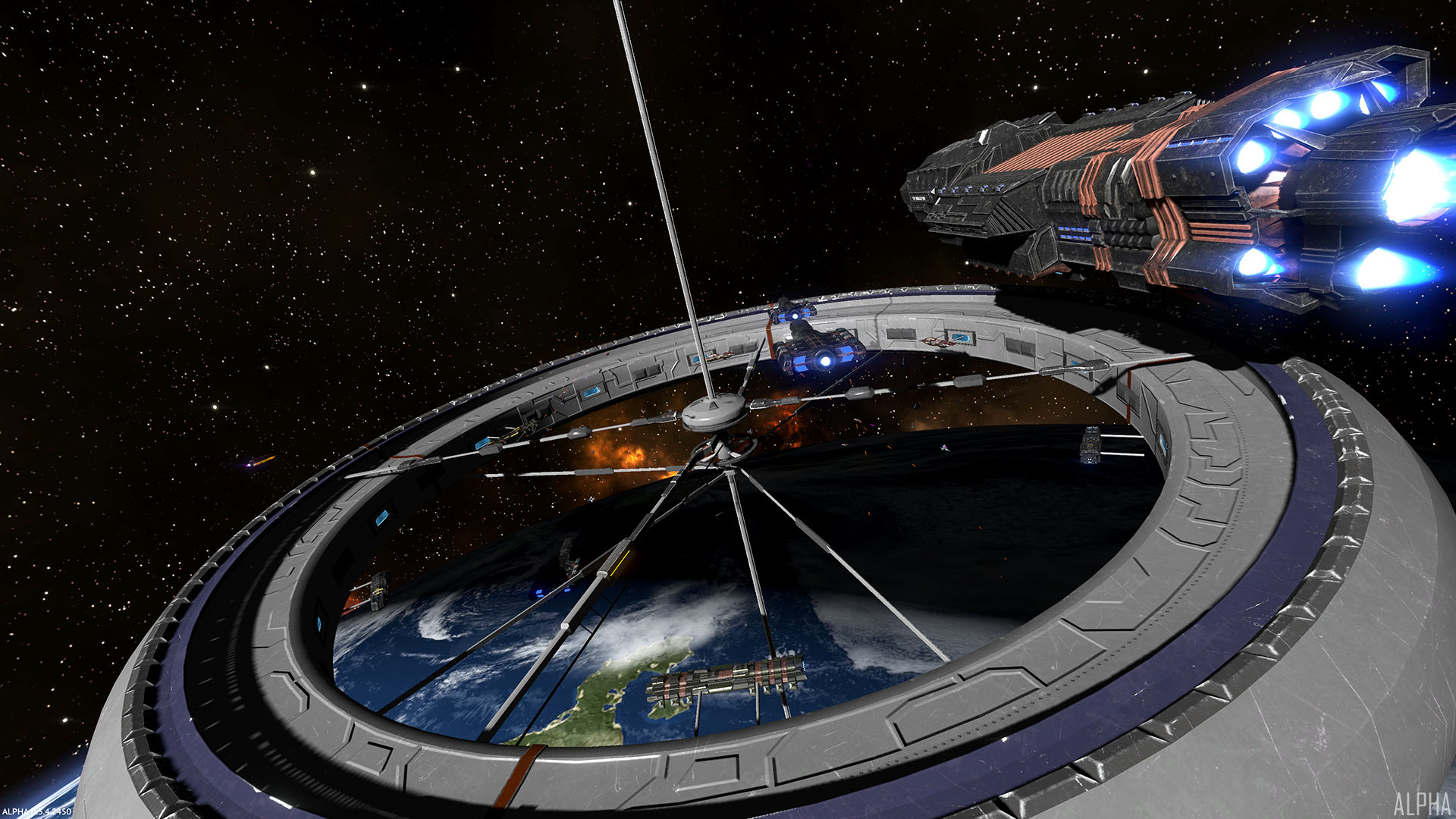 We’ve also finalized the new space elevator used in one of the first missions of the game. A space elevator is just what it sounds like – a car that travels to and from space along a very long tether to provide easy and inexpensive access to orbit. While a fantastic idea on paper these massive structures are expensive and difficult to construct. For this reason the TDF only builds them on important colonies that have great economic, strategic, or political significance, and as such there are less than three hundred in existence.

There have been quite a few developments from the engineering side since our last dev blog. With the completion of the new Orion there came a whole list of other things that needed to be updated when getting it into the game. The customization system had be be updated to fit the new ship, collision geometry had to be redone, weapons had to be adjusted and calibrated, and the list goes on.

We’ve recently updated our engine which will allow us to provide higher quality shadows while also supporting more visual effects. On the old version we had to choose between sharp shadows or the ability to use certain effects. Now that the limitations on shadows are gone we have added in new effects like SSAO and volumetric lighting. Graphics don’t make a game good, but that doesn’t mean you can have a good game that looks awesome too.

Leading up to the next alpha release we’ve also spent some time optimizing at a very high level. Real in-depth optimization does not usually happen until a game nears completion, but tackling the worst offenders now makes the experience better for our tester playing the game and us developing it.

And thats everything of note for this month! A quick update on the alpha: our engine update has set us back slightly but we still expect to get 0.3.4 released shortly.

This will probably be our last update until the new year, but the next update should be packed with content. With the holidays coming up we’ll have significantly more time to spend on Arkin and we’re looking forward to making some serious progress. Thanks for reading and we’ll see you next year!