Atomic Society is a post-apocalyptic city builder with moral choices. Our 18th dev-blog covers all the latest pre-alpha features and progress.

Been a busy month (and a bit)!

We’ve recently added in the second and third ethical solution to the game. Players now have a choice how to deal with citizens who behave in unacceptable ways (whatever "unacceptable" means to you). You can now execute people, lock them up for a long time (simulates life imprisonment), or lock them up for a short time (simulating a light sentence).

I like how uneasy this decision making process feels, how it takes city building to a weird place. One of the primary emotions I want to evoke in this game is unease and black humour.

If you imprison citizens (aside from how that makes you feel as a leader), the main upside is you get your useful citizen back when the sentence is over, and you create jobs (in the form of wardens). The downside is that the building takes up a lot of real-estate, and prisoners need food and water. Build prisons without the means to keep the inmates alive and you’ll have people starving to death in their cells. And if you run out of workers, we made it so the prisoners escape.

Being civilised has its drawbacks...

One of the harder challenges of designing Atomic Society is working out how to turn real-life aspects of society into gameplay. For example, we used to have an exile solution in the game, you’d kick the person out of your town. But in terms of gameplay, it was identical to execution – all that happens in reality is you lose a citizen. It's tough coming up with possibilities that are exciting and unique from a gameplay perspective. At the moment a short prison sentence vs a long sentence is merely a matter of taste and time, but we'll make the choice much more meaningful.

It’s also hard making sure the player even notices the new content! For example I’ve been designing racism (...typing that feels odd). That involves citizens arguing with each other. But how is the player going to know that it's a racist debate going on and they’re not just chatting about the weather? Challenges like that often crop up. We could code the entire DNA structure of a citizen if we really wanted, but it doesn't matter one jot if a player won't notice it. Gotta keep it simple. One thing that will definitely help with this is putting in text box that reports everything that’s going on. It's on the table for Update 7.

On a related note, we expanded the death penalty solution this month. Every solution will now have a practical and social downside. After all, no justice system is perfect. Designing these downsides inevitably gets political as we can't code everything in the world and have to make value judgements. For the death penalty I decided that the risk of innocent people being executed for crimes they didn’t commit was the key criticism. Not the only one, but the one that could have the most emotional punch with players.

So we modelled that in Update 6. Now if you build a gallows, there is a chance that an innocent citizen will be arrested and hung. The game gives you a nice guilt-inducing message when this occurs but I’d like to add more to that, such as it telling you if they had a kids, etc. Relationships and breeding are on the cards for the next update so we can revisit it then as it’s about time these citizens started humping.

I wasn’t really happy that the player could just get away with building one type of morale boosting structure so this month we added in a new Culture Critic effect to the game. Basically, citizens now have different ideas on how to party, some prefer the tavern, others the chapel, etc, and if you don’t build an even amount you’re going to get unhappy patrons. It does seem a little amusing that survivors of a nuclear war give a damn about where they relax, but it does make more sense as your city grows and you have less life 'n' death problems to handle and can work on more leisurely hassles.

The New UI is almost finished now. This was a long, arduous task but it’s paid off as we’re now. Here’s a few examples of what’s changed: 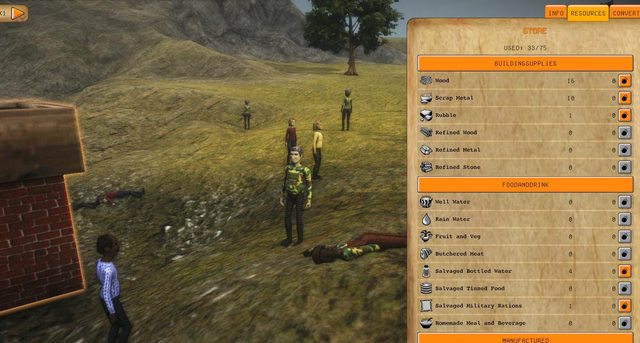 Citizens are no longer vampires. They now age at a rate that feels realistic considering this is a world where a day lasts 30 seconds. When they get to a certain age they have an increasing chance to die. This is a bit severe at the moment, it means no one lives to be 90, but perhaps that’s realistic after a nuclear war. It definitely makes the game harder though, as you no longer have 300 year old grandmas around to help out. In fact Update 6 is a lot harder with the new faecal-based diseases so I’m having to do some last minute re-balancing to smooth that out before we release.

We adjusted how your playable town leader salvages as well this month. He or she now enters the ruin and stays in it until their bags are full, instead of you having to click to keep entering. This makes it less of a hassle, but it’s also a lot more passive. I’m not sure if I like it but it’s definitely less annoying. This is a system that needs to be re-visited at some point down the line. I've never been happy with it but I know it could be good.
​
New Patch Notes

If you missed it here are the full patch notes for the new version covering everything that's coming. When we're on Steam, where it's much easier to update the game, I'd like to put out smaller updates a bit more regularly than we currently doing. At least that's the plan.

To celebrate his “baby” being fixed, Dawid sent us a new bonus song for the soundtrack this month. By baby I mean his vintage 1980’s synthesiser that is apparently extremely rare and difficult to repair these days. It took him ages to just find someone with the knowledge, and these babies aren't cheap. This is the same type of synth Vangelis used on the Blade Runner soundtrack. Dawid was heartbroken when it fried but it’s back together now and the fruits of it can be heard on a new track called Nuclear Nights and will be added to Update 6 and of course the special edition soundtrack. 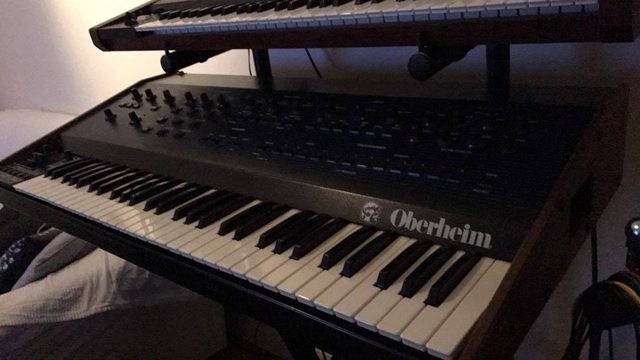 We’re now at the stage where it’s the usual case of mopping up the last remaining bugs and tweaking the latest content. I hope that we kick Update 6 out the door in the next 2-3 weeks, assuming everything goes perfectly, (of course it will). Hard to think it’s almost been a year since we put the game on sale.

As for Update 7, we all have big plans for that. It's fun now we’re getting more into the juicy gameplay side of Atomic Society. The basics are all in and we're running out of stuff to redo but our Steam release feels far off still.

​I'll see you in the next dev blog.

You're putting a lot of effort and passion into this, props to you.

Looking great, and I love the amount of detail you put into your posts, it reminds me of the guy that does ultima ratio regum and I read all the way through. Sorry if you've mentioned this before but are you looking for any testers at all? I have some experience in testing (edler scrolls online, Survarium, and a couple of indie games and mods) so I would love to help out.

Glad you're enjoying the blogs. We've got plenty of testers already playing the game so we're fine in that area for now but thanks for offering!

This is a very interesting game idea. Hopefully it becomes a success!