Hello there, to all of you loyal TREM fans, whom who've been waiting for ages for a release… We’re here to tell you about our somewhat latest venture – DXSM.

DXSM, (short-hand of "Deus Ex Survival Mode") is, as you may have guessed, a Tech-demo for TREM, which is Multiplayer only. Seeing as the name contains "Survival Mode", it only contains various
versions of a survival game-type only.

The purpose is to show you how we've progressed. And what are we currently doing! We've thought much about you folks waiting for something.. So Allan came up with this idea, a tech-demo, something we can work on from the basics we've done in TREM. Something that will remain play-able on Deus Ex while we're still working on TREM. So here's the tech-demo for TREM, DXSM!

*Also getting more attention.. so we can possibly get more help!

It'll contain basic features of TREM. But only the Survival game-type will come with it.

There are two teams in DXSM; The Undead and the Survivors:- 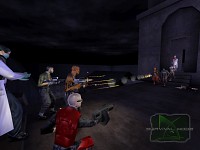 The Survivors are the Stars team, known as the Delta team of Stars, who’re each specialized in one skill. They receive weapons based on which skill you pick, receive a radar to alert them of nearby enemies, objects of interest, etc., and their job is to survive the zombie invasion. Dependent upon the map, their method of survival will vary from either of the following; Secure, Terminate or Escape.

The Undead, the infinitely respawning masses of death that has recently infested the country. Their job is simple: to eat any form of life, be it human, animal, or occasionally, even themselves. Within the game, their job is equally as simple – Kill the Survivors by any means necessary, even if it results in their own deaths. Their method of victory doesn’t vary at all based on game mode. It is always the same:

Aside from infinite respawns, the Undead have one other advantage over the Survivors: Special abilities.

The Big Bang (the self-detonating Female class) has Self-destruct, and Radiation.
Self Destruct is self explanatory. Player dies, deals great damage to anything nearby. Radiation looses a great deal of radioactive energy from the player, dealing heavy damage to organic targets nearby. However, whilst this ability is in use, the Self Destruct ability is unable to be used.

The Venom (the Male class with a happy face top) has Cloak and Jump Enhance.
Jump Enhance does what it says on the tin - it enhances jumping whilst active. However, it also allows for great air control, allowing for precise movement in the air. Cloak is the same as standard Deus Ex - Hides player from view, no weapons can be drawn whilst it is active.

The Flamer (The male class with burned trench coat) has Speed Enhance and Rage.
Rage doubles the effect range of the Burner's fire, and doubles both damage dealt to the player via self-burning damage, and the damage dealt to targets caught up in the fire radius. Speed Enhance is the same as regular Deus Ex, just without the additional jump height increase.

Mr. Dead (The male police officer class) has Vision Enhance and Telepathy.
Telepathy is an increase in the frobbing/throwing distance of the user. These distances are increased by 2x whilst the ability is active. Vision Enhance works the same way as in regular Deus Ex.

DXSM – Maps:-
The maps at DXSM will be edited and/or custom built, they’ll have dark look and scary environment. The maps are divided into three different types;

Secure
This mode is simple – just kill any zombie you see. After 150 (default) zombies have been killed, the area is deemed secure, and the survivors will win. If all survivors die, the victory goes to the Undead. (Note: This mode will exist mostly as a placeholder for maps without a specific mode assigned to them.)

Escape
This game mode sees the Survivors pitted against a maze-like map, where they must escape to an evac-chopper, or some similar “safe point”, in order to win. If they fail to do so in a certain time limit, their safe point deactivates, and the survivors are left to their untimely deaths. As always, having every member of the Survivors munched to death by zombies results in a victory for the Undead team. 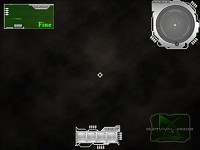 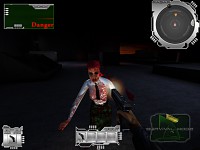 The HUD and the interface both are being fully made newly with new stuff that has never been worked on before! Here’s what it contains;

Radar
Radar is a device which is only given to the survivors. It is a special military device which detects the allies and the hostiles. It can detect the undead because they have a special symptom that differs them from human beings.

Weapons Belt
Weapons Belt, just like vanilla Deus Ex, DXSM will contain it too, but unlike Deus Ex, this weapon-belt will only consist of four slots.

You can expect it to release when it's ready! :P
Seriously though, we don’t know when we’ll have something release-worthy at the minute.

A basic game mode, class selection working more or less flawlessly, and this all-new HUD. This, and many, many forms of zombies, just itching to rip your flesh off your bones, be it rotten or fresh…

Note:- Everything shown here does not represent the quality of TREM itself, DXSM isn’t meant to be perfect, it’s a demo and it’ll stay like that.