While you don't need to "read" this to play this mod, this is the place to look up changes if something is unclear to you. To read up on the features of this mod just look at "Done Features" at the main page.

This detailed changelog includes all changes relevant to players that were made in this mod in comparison to standard OpenRA Dune2k. Applies to all maps with the [d2kA] prefix.

-Sun Tsu says: "If you know yourself and your enemy, you need not fear the course of a hundred battles."

Units (no price increases or other changes if not mentioned): 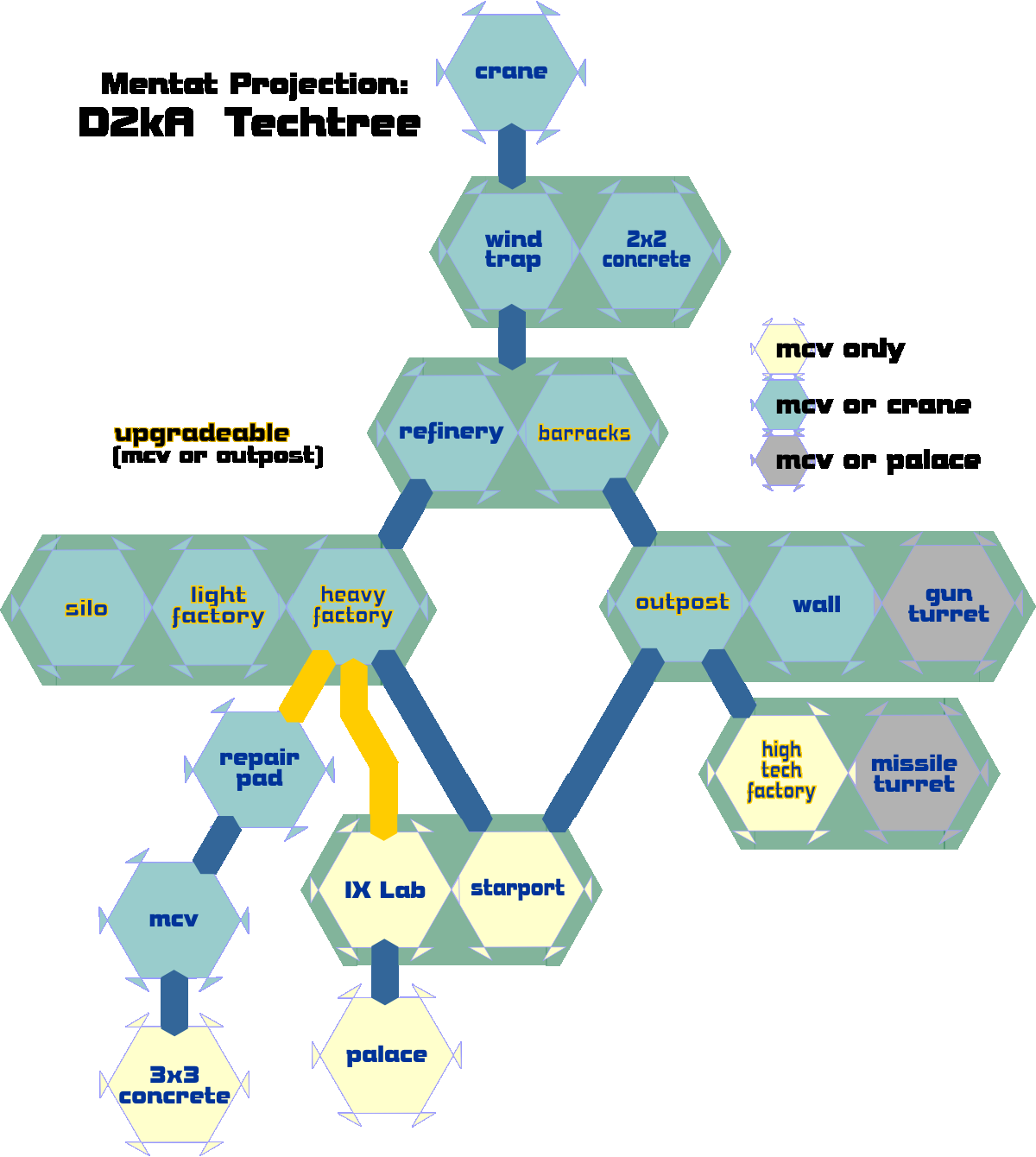 How did you create the sniper. And turrets that shoot more than one shot? Tib Ed?

The sniper is a reskin of the red alert shock trooper, in harkonnen black. Using OpenRa engine it is quite easy to make a unit with double shot. Really just a couple of text lines.

Other infantry like the ordos guild agent and the atreides loyalist and paul atreides I created and animated in blender and put them in the game.