In this post we talk about destructible world structures like bridges, our new Discord bot, our trip to Steam Dev Days, and our process for making assets in Foxhole.

I wanted to do this post since last week, but half the team including myself was away at Steam Dev Days and as usual we've also been really busy with keeping up with weekly game updates. Speaking of which, we are taking a little bit time to catch our breath and do some longer term planning before we do our next big feature release. This means that this week's update (0.0.11) will be light on features. This post is also going to be a bit lighter than usual, but know that we are working hard to implement some game changing stuff that you'll be seeing in the game in the coming one to two months.

Last week three of us went to Steam's developer conference (called Steam Dev Days). At the event, we got to talk to a lot of great devs from well known games like Unturned, Squad, and Terratech. They were all very helpful and eager to share with us their experience at developing community based or online Steam games. 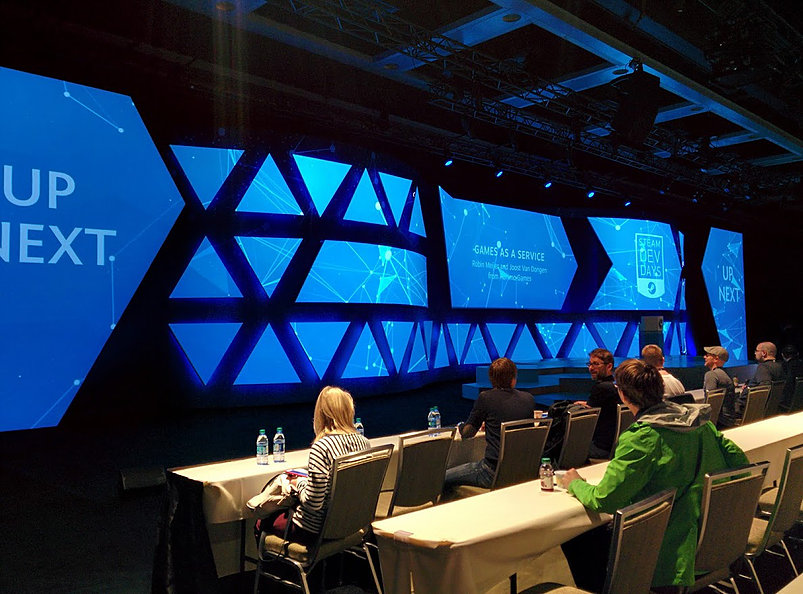 One of our major goals for Foxhole is to provide as much player agency as we can. We've always wanted players to be able to make major changes to the world environment itself. To that end, we're soon going to be allowing players to destroy world structures like Bridges, Manufacturing Plants, Oil Refineries, and more. This will allow for scorched earth strategies, tactical retreats, and for crippling supply lines across rivers. Any structure that can be destroyed can also be rebuilt, so the environment can be in a constant state of change.

We are also considering making some structures initially destroyed (such as bridges), but this is an idea we're still playing around with. 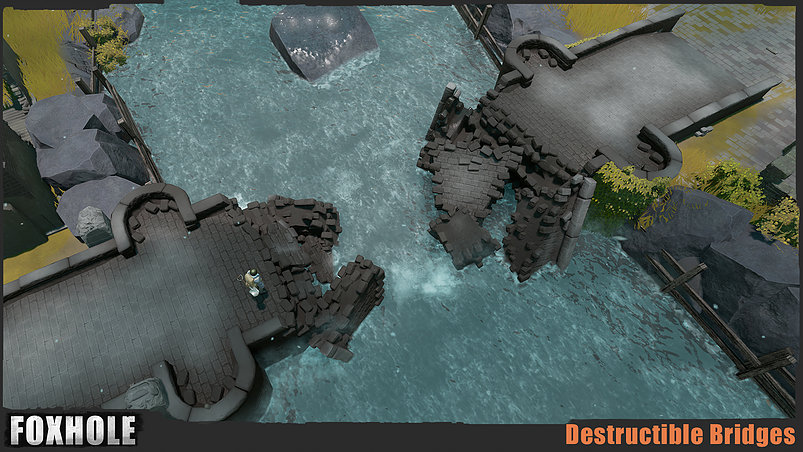 To be honest, the decision to start a Discord server for Foxhole happened spontaneously when we launched the initial prototype. Four months later, it's clear that Discord is where the community lives and breathes. To support the Discord server, we are going to be adding a bot named War Correspondent very soon. The bot integrates with the Foxhole server and delivers news about the weekly war on a regular basis. Below is a screenshot from our initial tests.

The initial version of War Correspondent will report news about Outposts, Casualties, and more. In the future, we are thinking about making War Correspondent do more, such as responding to requests from Discord users. For example, a request could be something like "How many Colonials are online right now?"

Making of the Field Artillery

One of the big features we are actively developing right now is Field Guns. Our main modeler Adam created a step by step tutorial on how the Field Artillery model was made. This tutorial gives an inside look on how most Foxhole assets are made.

It's a multi-step process that involves several tools. First, both a high polygon and low polygon version of the model is created in3DS Max. The models are exported into Z-Brush, where extra surface detail is added like wear and tear. Finally, the models are brought into a program called Substance Painter where details are baked into the materials that are used by UE4 to render the asset.

The screenshots below show a preview of the process. The full step-by-step tutorial can be found here. 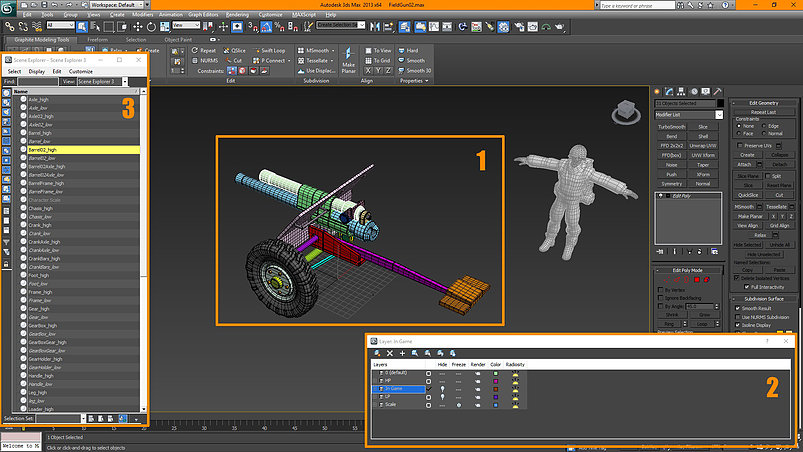 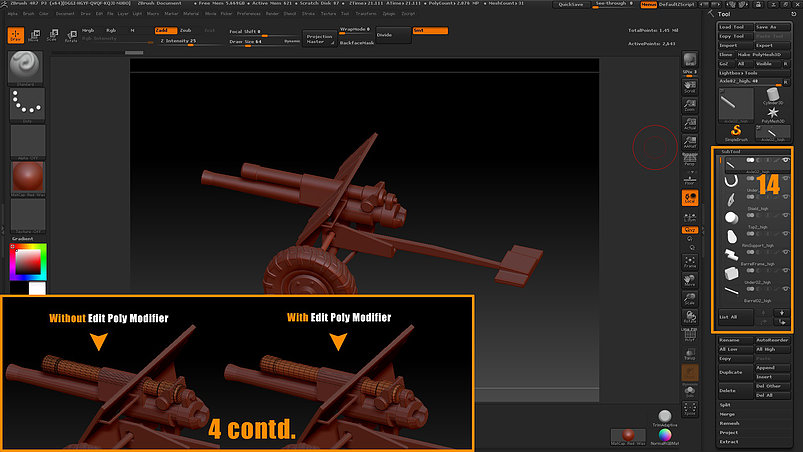 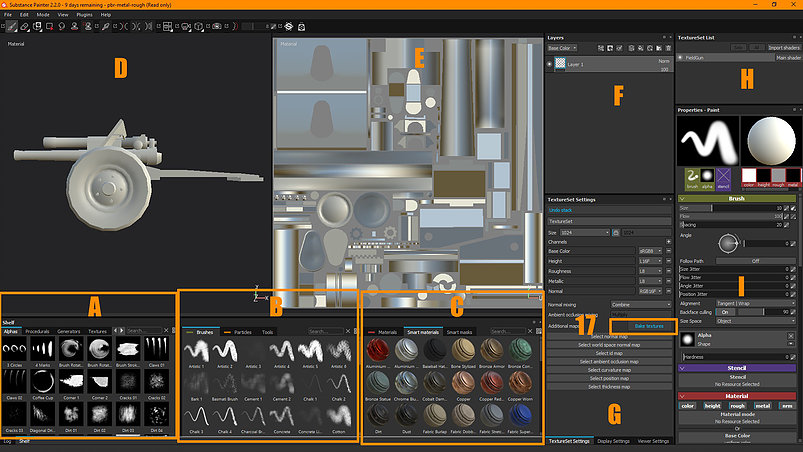 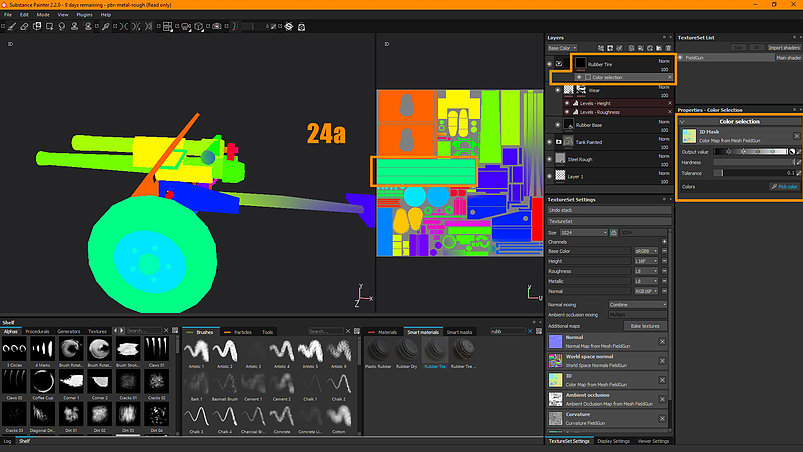 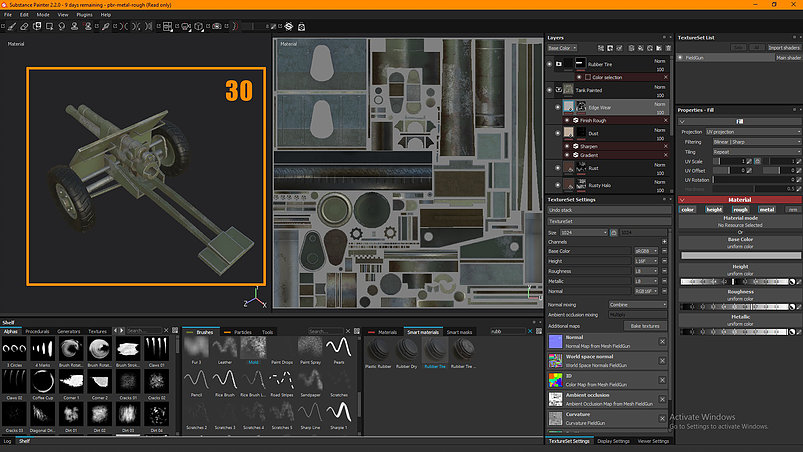 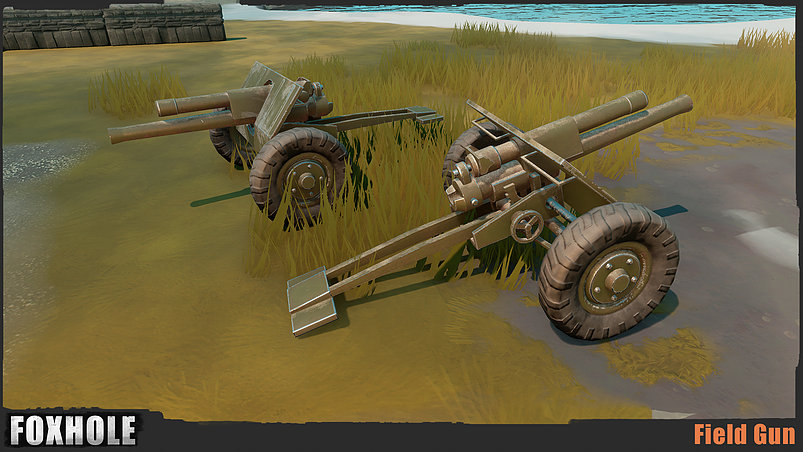 We've definitely seen an uptick in griefing incidents over the last week or so. Some of these have been the result of the weekly wars getting larger (and more significant) and some have been due to the influx of new players. I just wanted to let you guys know what were thinking so that we can all get on the same page and work together to make Foxhole a great online community.

Griefing is a very big concern for us and we're just as frustrated as you about bad players. However, we treat griefing in a very delicate manner. Our goal is to deal with it in a way that does not hinder development and does not work against the core concepts of the game. In the coming weeks, we will be focusing on improving grief management. Please understand that it will be an iterative process and the problem won't be solved overnight. We appreciate the patience!

For the sake of transparency, here's our thought process for dealing with bad player behaviour:

We want to ensure that players actually know when they are doing something that is wrong. We don't want to default to immediately punishing new or unaware players.

We always design features with the assumption that players won't behave in a poor manner. We've been often surprised at how well players have handled the freedom we've given to them. If we had doubted players off the bat, a lot of the great features you see in the game today wouldn't exist.

This means that we prefer to use mechanisms that do not create additional barriers for player collaboration. We are making a game about players working together so as much as possible we don't want to encourage the idea of individual ownership.

EDIT: To clarify, we aren't precluding the possibility of locking mechanics or group level ownership. The point here is that we always want to encourage teamwork. It's one of our core philosophies and isn't one we're going to change anytime soon.

When a player performs a griefing action in the game, we always first try to think about what the natural consequence would be if it was performed in real life (in a real war situation). For example, if someone stole a vehicle in real life, what would happen to them?

If we've gone through the above thought process and still aren't able to resolve an issue, we have no problem taking hard action against griefers. As an example, we permabanned several players after last week's weekly war after a thorough investigation of their behaviours.

In some cases, we've also put in temporary features to deal with bad behaviour (e.g. disabling friendly fire to deal with team killers) until we have the mechanisms to properly deal with it (e.g. vote kicking).