From today, I am going to start publishing interesting comparative screenshots...

From today, I am going to start publishing interesting comparative screenshots. The fact is that in my mods you can often find similar items for puzzles, such as a fan, generators, safes with unlimited ammunition, and so on. I thought it would be fun to arrange them in chronological order to follow the changes in the design.
Originally, I planned to publish them close at the end of the development of The Trap 2, but decided to start now. It's time to bring some intermediate results, as I have been developing this mod for over two years!
I started to learn 3Ds Max and design at the beginning of 2014, and my first models were terrible. Not only that, they looked like a box, I used a more retro texture in the spirit of the 90s without reflections.
In 2015 I was re-doing I had done in 2014.
So, the first element of the gameplay is fans. In the story, the player can fly on trampolines using the air flow, such as the repulsive springs Portal. 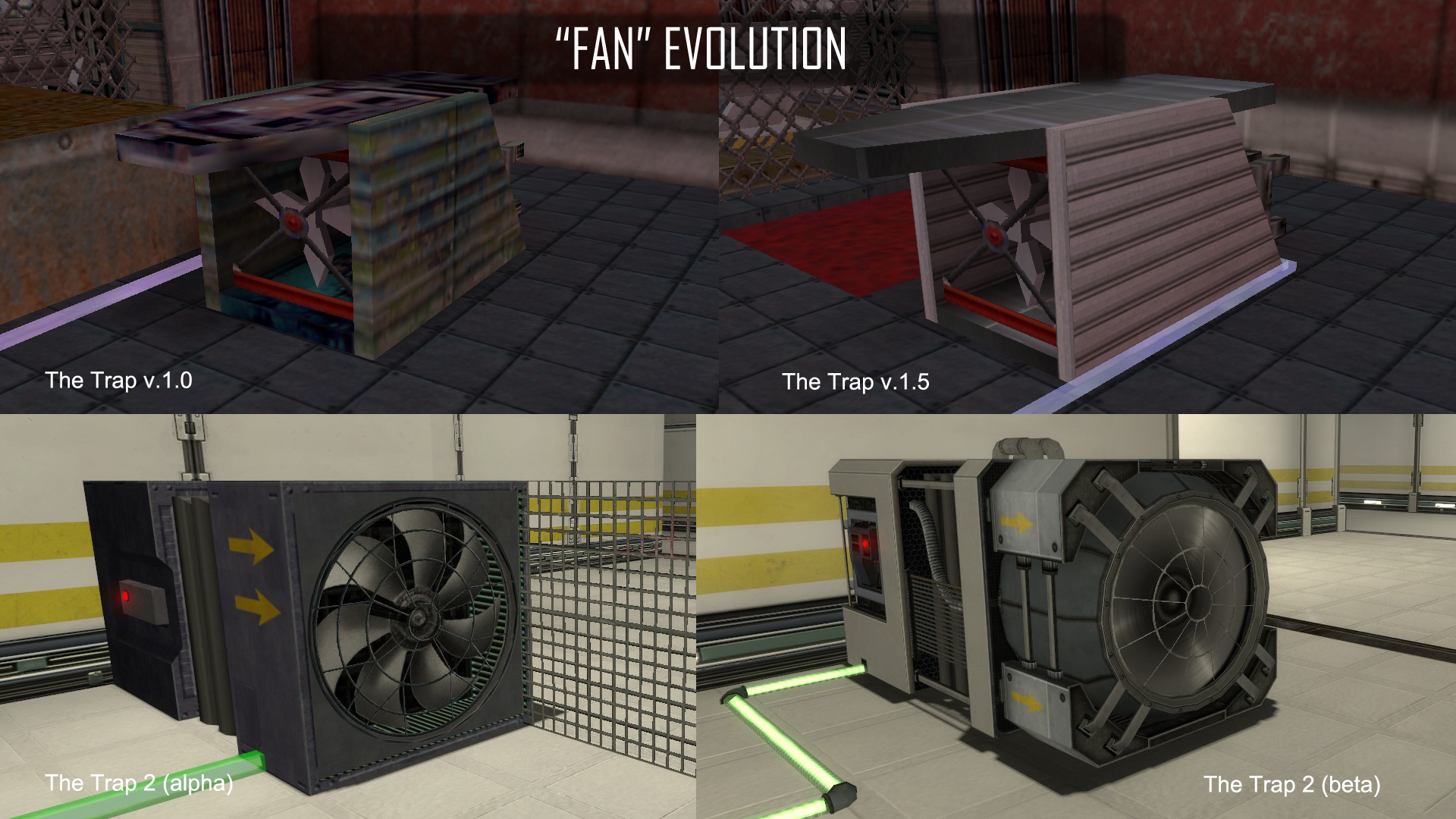