Hello everyone,
So, been a while; we’ve been crazy busy for the past few months. Between getting married and work our lives have been basically non stop stuff to do. Now that things have settled down a bit we’d love to be able to get a demo out ASAP.

So some of the things Ive been working on has been some reworking of the game, mostly core loop gameplay etc. Ive decided to also to nix a fair amount of backtracking, and more streamline the gameplay, felt things were a bit tedious that way and now the flow feels much better.

So, gameplay is broken up into levels, where the player will now need to explore a huge array of corridors and rooms to find the exit to the next area before they’re swarmed. Once the player reaches the exit they’ll take an elevator deeper underground into the facility. 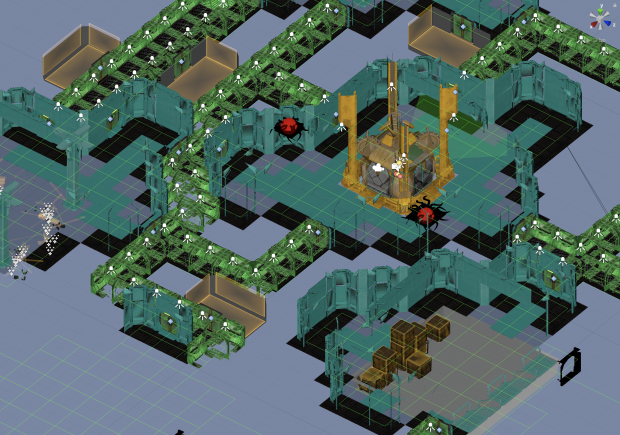 I guess good way to explain gameplay would be difficulty akin to risk of rain, where as you go through each level the difficulty is bumped up a level, and the player will have to face a variety of enemies. The players difficulty will be driven on the slow time difficulty modifier, encouraging the player to reach their goals relatively quickly. 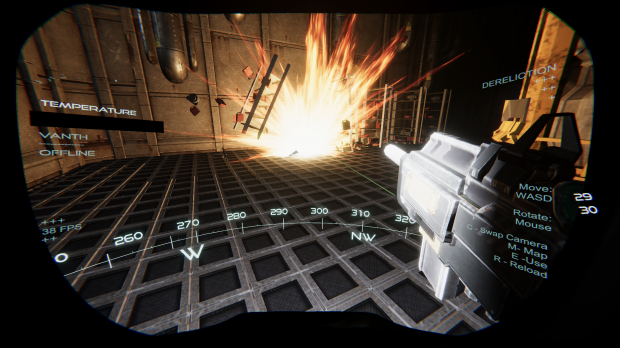 Weapons all use one standard ammo count, and the gun modifications control the amount of ammo used per, working on adding sound effects.

In the level, players will receive permanent power ups, either as a resource style option which is more what we are leaning for, or more category upgrades, like the players armor, or weapon upgrades.
So the player spends their resources to maintain their character (health, ammo, repair) as well as upgrading their stats, and develop their own play style to combat the increasing difficulty.

Scouring the level will yield more rewards but obviously cost more time, so it’s a risk vs reward style scenario. The odds of encountering these upgrades isn’t limited to one per floor, so the player isn’t necessarily encouraged to find the item, but they could if they wanted to, at the cost of time. 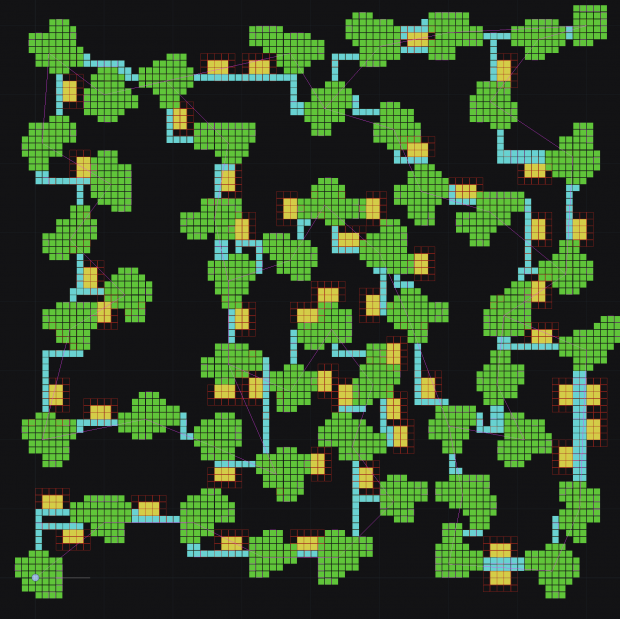 Currently trying to stick to the bare bones on gameplay for now, which is tough, so for now the levels are flat and simple. Theres also only one art style for all rooms and corridors, but I do plan on adding some decent varying art, eventually. 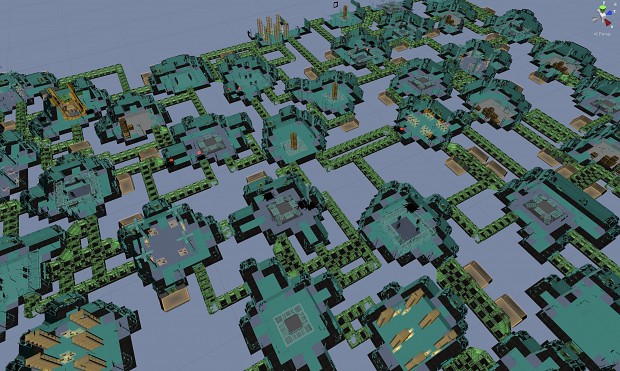 an example level created with the level generator

I also rewrote the level generation to create a starting point entry way, and the elevator. The rooms now have corridors, and pathing in between them.
A few rooms have some props, Im currently working on adding more, maybe some stuff for the player to pick up, like secrets. all of the props are destructible and my wife has a lot of fun shooting props.
The bugs are spawning decently, and they’re pathing to the player in a swarm, still working on it, and it goes well so far. 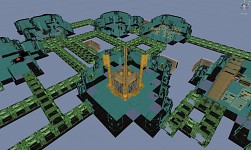 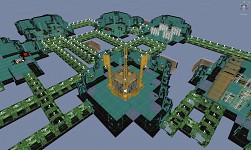 We’ve still got to finish; Implementing the bugs to spawn into the level to attack the player. Prolly should have a sort of health system at some point, working on stats and a repair system soon.
Maybe upgrades will be in the future. We’ll probably implement some armor upgrades and pickups, as well as guns, maybe some stat upgrades as well.

Were always busy bees. Its hard to find a good balance between my personal life and work sometimes. Things are crazy but Im glad to see how much progress we’ve made, it feels really good. Well keep working hard and pumping out more progress. Things are good, and I’m very excited for what the future holds, with my work and with my wife. We look forward to releasing a playable demo soon!