First of all, we would like to express our gratitude to ModDB, patrons, testers, players, and of course everyone who supports the project and who have already settled in Derby. Those who are far from Derby, do not be bored, go to Discord. We are really impressed that we met with players even from Texas and China!

More than two weeks have passed in Derby.
Now we can say with confidence that the introduced innovations were accepted by regular players.
Oh yes, there were a lot of broken glass, broken boxes, torn money. 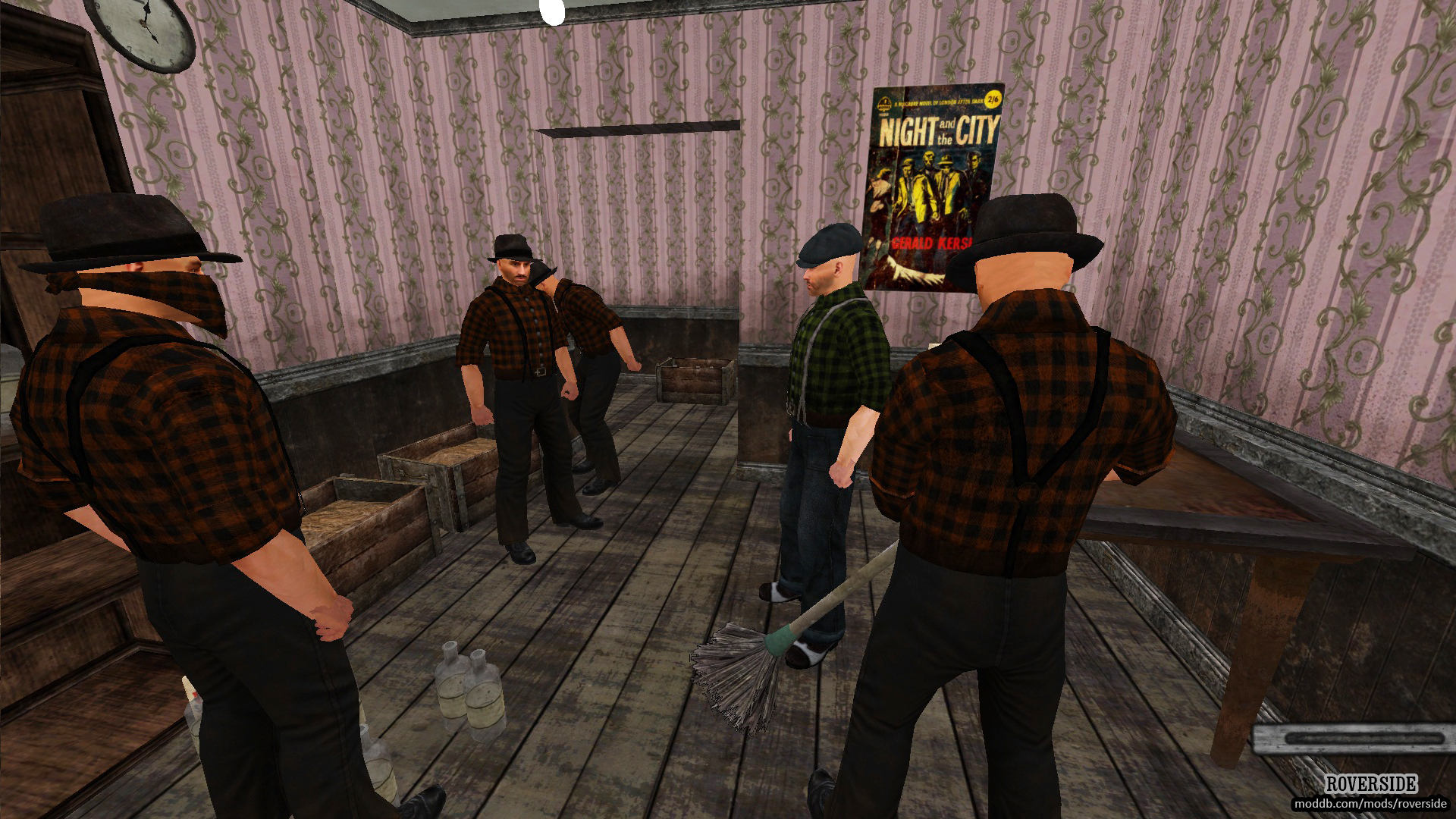 Everyone felt these feelings when you fill the shelves, smoke one cigarette for two, drop the bottles, pack the moonshine in crates. Phone calls, competently share and spend money, share knowledge. 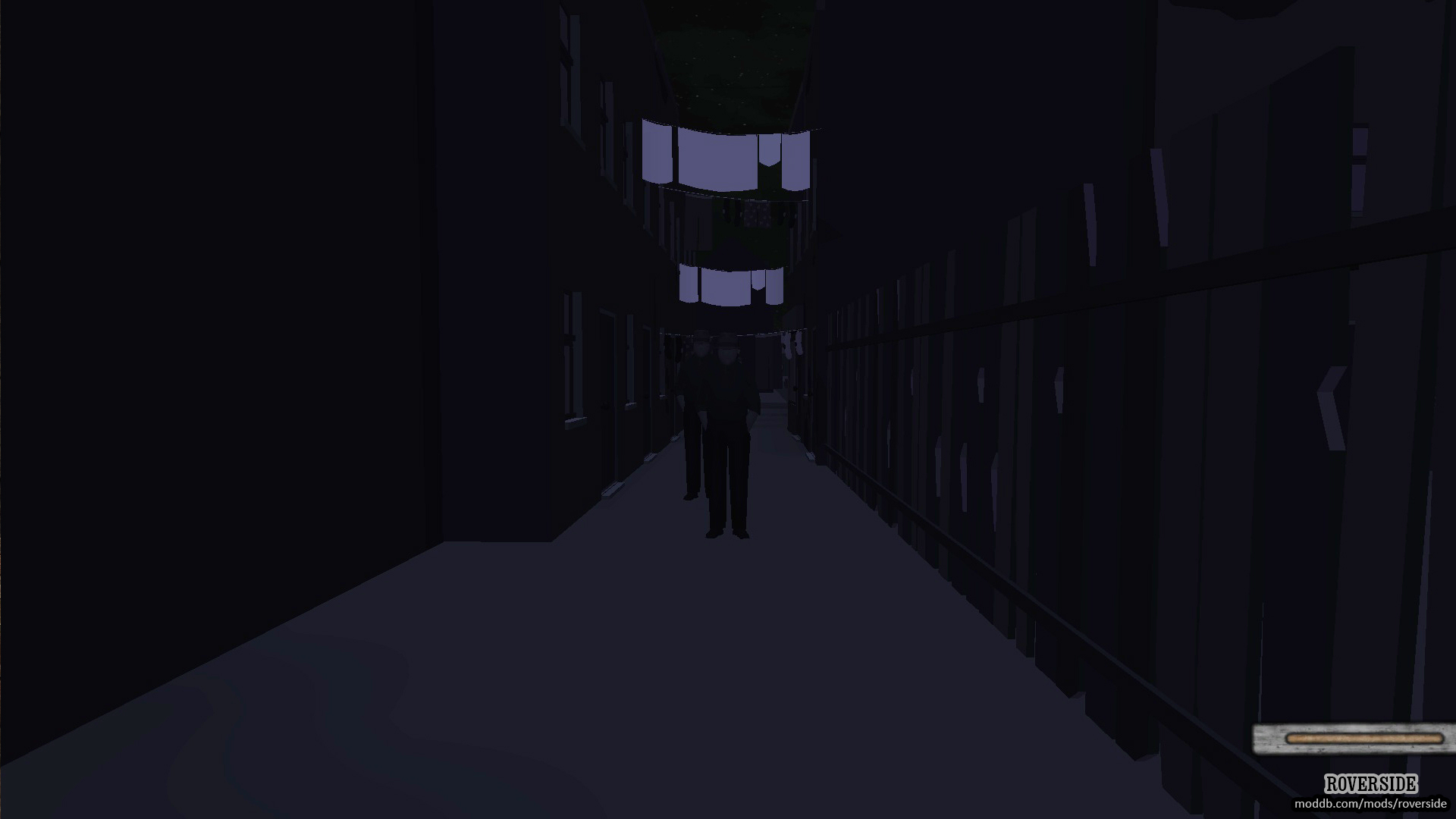 The world, with all the accidents, a sense of action, space and characters with real names and not meaningless nicknames.
With a handshake, you can let another know that you are ready to make contact even if you were at war before.

Roverside was originally created as a closed world, with a specific atmosphere.
This is neither a shooter, nor an RPG, nor an action. In many parts, it is unfriendly, cold, aggressive.
The lack of information and the difficulty of entering this world may discourage you. 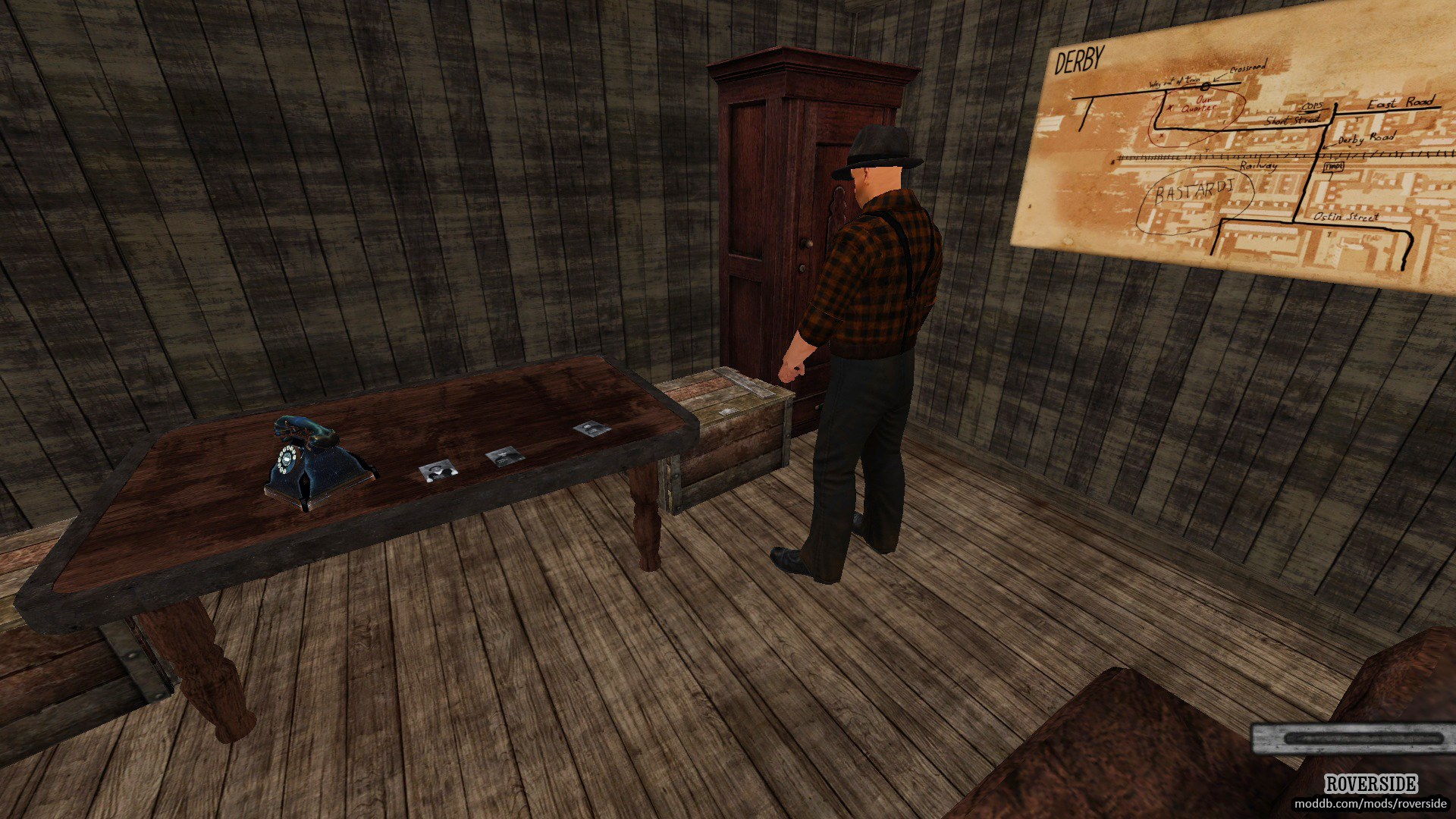 The main tasks of the first games were checking the mechanics, most low-level systems, identifying bugs.
Now we can enrich the world inside and out. Introduce balancing forces, new relationships.
In March, the "Mad March Hare" update will be played.

The new update will contain (of the most important):