The Depth of Extinction winter newsletter is up now on our Dev Log. It's got a ton of content, including: Updated 2017 game release roadmap; Concept Art Update: character factions, environments and enemies; Pixel Art Update: new weapon effects animations. 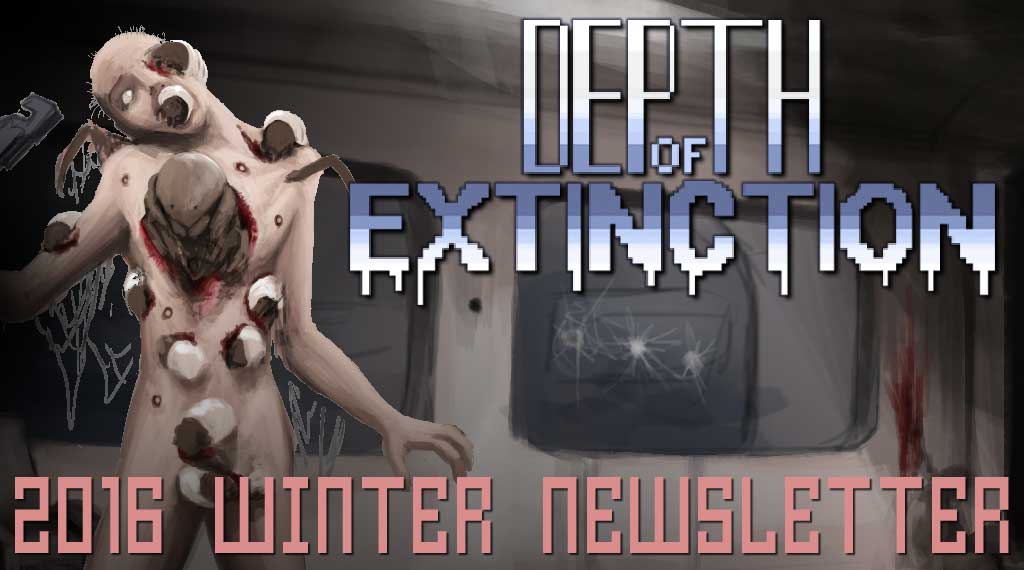 Since releasing the DoE demo on 10/31, we’ve been overwhelmed with the support of the community that has started to grow around our little game. Being a featured game on both itch.io and GameJolt really enabled us to reach a larger audience and we are excited to finally share some updates. Over the past 6 weeks, we’ve been mainly focused on setting up our roadmap for 2017 but have also been busy building out more content and features for the game.

First, we hope to push out an update to the demo in late January on itch and GameJolt. This update won’t include any new content but will change the game to fit the new vision for items and skills. More on this later.

Shortly thereafter, we want to launch a Steam Greenlight campaign and let the community decide if we are worthy. Check out our Steam concept page and please support DoE by following or sharing your thoughts (in a comment) with other potential players.

Reworking all the in game effects

While playing the demo, you might have noticed that the weapon effects and explosions didn’t match our pixelicious sprites. Well. we’ve been working on that and should have the latest and greatest in the demo update. Here’s a look at the updated Lightning Rifle effect:

You can check out all the updated weapon effects on this post.

We’ve been thinking a lot about the direction for the story over the last few weeks, mainly around refining the backstory for our flooded world. I think you’ll be pleasantly surprised by our take on post-apocalytia and we don’t plan to beat you over the head with exposition. The mission structure of the final game will retain a lot of the rogue-like ideas that we have in the demo, but introduce specific story missions. You’ll navigate the flooded surface of the earth in your mobile base of operations, and then launch missions to various underwater habitats you find and possibly other points of interest as well.

We’ve also been working on ideas for the inhabitants of the DoE world, which we’ve taken to calling the factions. Factions can either be friendly or aggressive toward your team.

Introducing our first faction: the Cultists. They’ve designed a religion around the flood and have some truly strange beliefs. Unfortunately, one key to your journey leads right though their main habitation. You also run into them occasionally while on missions. They have some interesting weapons and variants that we think will make battling them quite a different challenge. 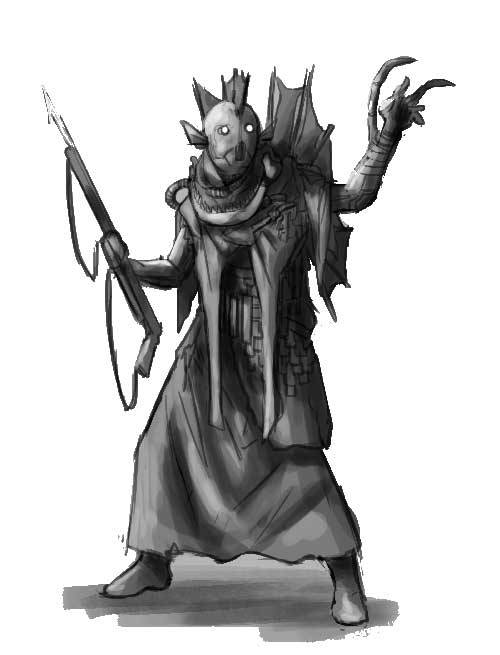 We’re working on a complete redesign of the menu interface and the mission structure, as well as introducing your mobile base of operations. This can move around the world to find different points of interest and missions that can be visited by launching a team in your sub.

We’re also adding the concept of items that can be equipped during the mission Loadout. Items can provide your character with active skills or passive buffs and allow another layer of customization that can be changed from mission to mission. This will replace the current item system and will make items persist between missions but only limit their in-mission uses. For instance, we’ll be adding a grenade that can be equipped and used 1-2 times per mission. Some other items that we will be adding include the med kit, bullet proof vest and mines. We’ve got a ton more items that you’ll be able to unlock as you complete missions. We’re also working on making armor a more meaningful choice rather than coupling it up with a class.

We’ve got some great ideas to streamline character progression as well. Our main goal here is to continue to build on the current system but design more skills and better classes that provide a great experience. We also want to add some meaningful choices for developing your characters.

In addition to the factions, we’ve been working on concepts for more areas and enemies. Here’s a few concepts for the Gene Splicing Lab and a parasitic insect that’s especially dangerous since it can not only kill your team members, but inhabit them to turn them against you. If you can’t tell, we are wanting to experiment with some horror elements to amp up the tension and really set you on edge as you play. 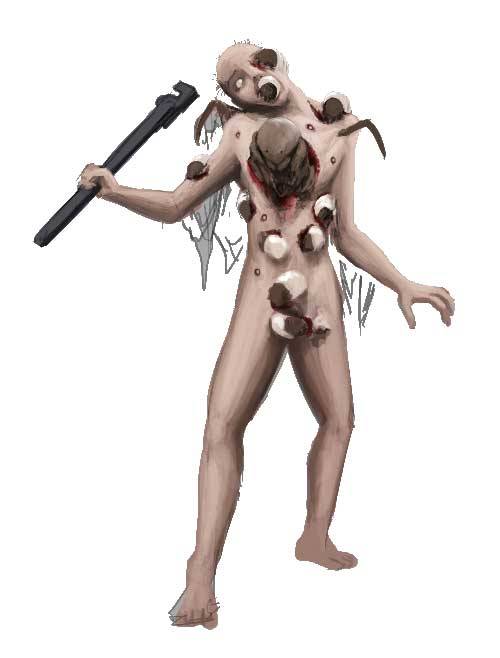