We are approaching the start of the Early Access of our game and decided that we should release one more free version, and mostly important - to make necessary polish of it. In fact, this is demo version of our game. We’ve fixed a lot of bugs, including ones that were with us since December, replaced interface with new images, remade the entire balance of the game, inserted lots of new music, and finally made the game beatable with an ending, congratulations and an offer to play again. In the future, we will certainly make an endless mode, but 25 levels seem to be enough for demo version.

Gameplay-wise - combat now is more risky. In the early stages monsters die from 2-3 hits, the player himself rarely survives after 5. Monsters’ progression was also rebuilt, it became more smooth, characteristics of monsters are now leveling in adequate proportions, no more randomly chaotic form, as earlier =) Weapons were balanced and brought under a common standard, no more better or worth items.

The most noticeable change was made in graphic interface. The portraits of monsters are now properly shown, their levels and perk icons are placed in a pause-menu, where you can read their descriptions. All windows were redrawn, lead to a common style and configured to provide maximum comfort and access to the necessary game information.

And, of course, the game now has 11 songs more! It’s 12 times more than before! All music is written by John Leonard French. That single composition that we had since December is not so lonely anymore - every tileset in game has couple of its own songs, that in our opinion gave them unique athmosphere. We hope you’ll enjoy the music as much as we do. 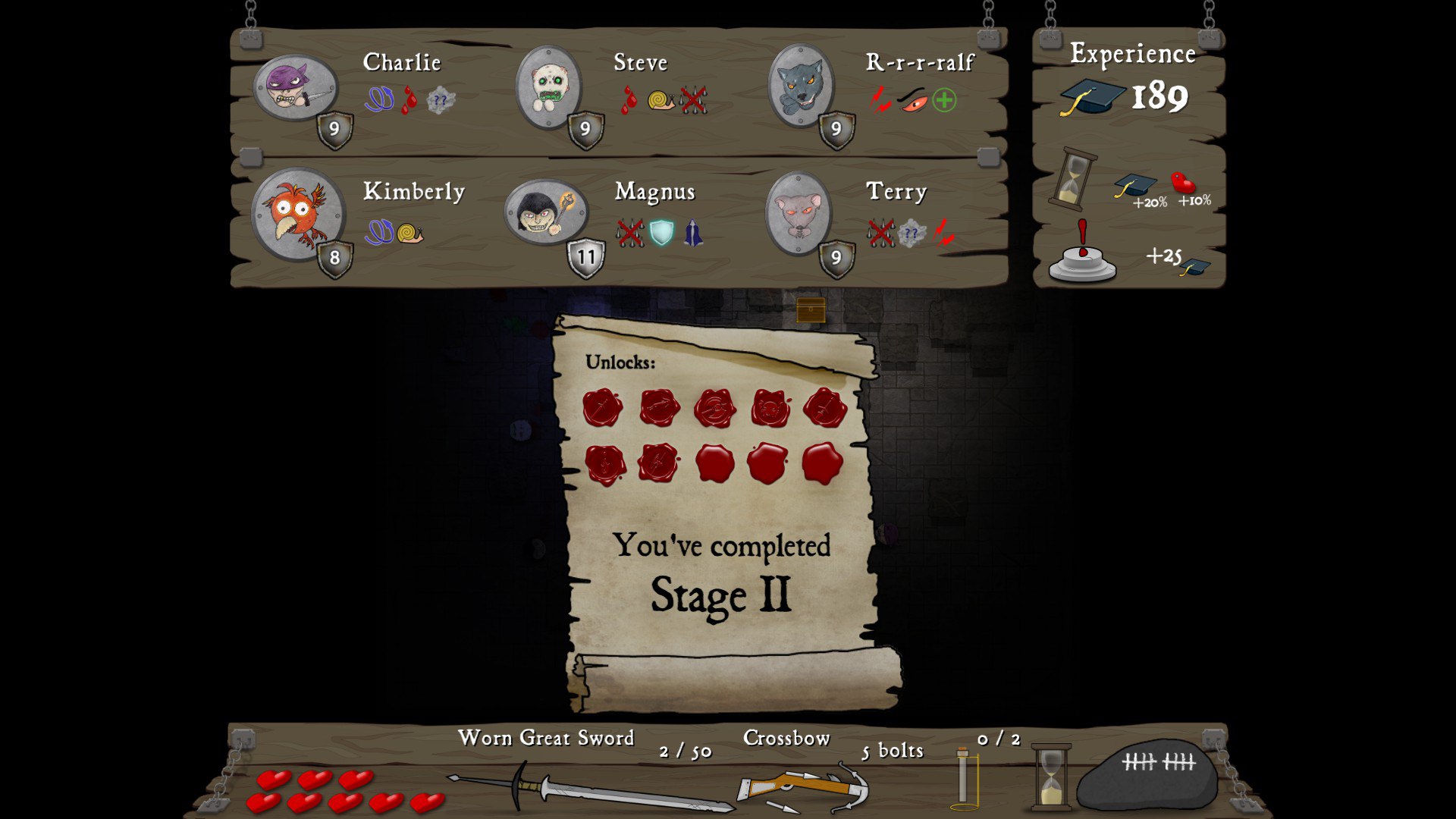