This week we release the 4th chapter of the Visage background story, Demonwomb. We also introduce our new two modders from the popular mod, Flesh, Leon_Kilean and the_simian!

The door creaked and protested slightly before the two pushed the aged wooden door open. Just inside was a small chapel off to the side of the main church, many of the small pews were destroyed or rotted and on the altar in the front a number of empty cans and trash was strewn about. Someone had obviously been living there since the building was condemned but it didn’t look that way anymore. As they entered the main church it was evident that the only things living there now was bugs and a number of birds that had long ago broken in through one of the many stained glass windows that still filtered light in from the dim gray skies outside.

The church for the most part was barren, looters had taken anything of value long ago or destroyed anything they couldn’t take. Roy and Adam made their way carefully down the center aisle to the huge front doors of the church, just past the rotted confessional that smelled more like a bathroom then a holy place now. With a great effort the two travelers pushed open the tall gothic doors, a soft chilly breeze the only thing that greeted them as they did. What lay before them now was nothing but a ghost town, a desolate barren street littered with long faded stores with long faded signs for businesses no one would need to use ever again. 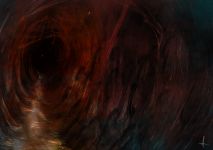 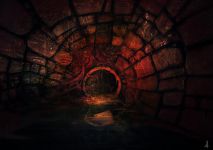 We are also proud to announce that two of the masterminds behind the brilliant mod called 'Flesh' has joined the Visage development team! These guys are very talented and will make sure that Visage turns out just as good as Flesh did!
We also have a new, very talented programmer; Ztormi, the lead programmer from WW1: Source! Big shout outs to him too!

No vacancy - - But that shouldnt stop you from applying!

That picture looks immense. Gratz on bagging Leon and im very sorry i dont know the other Geezer.

pffft! I'm Jesse! I worked on Flesh with Henri :)

I guess in these circles even something like 27 is old. =D

This mod team is turning out to be an epic collaborative team. Who wants me?? xD

What? Flesh team? Now this mod is bound to be awesome !

I'm with Korge ! This is a very exciting collaboration for me ! Good to see you men on the move.

Between the backstory, these amazing screens and the acquisition of the Flesh team, this mod is already off to a great start!

I'm getting worried....I can just come and wander these shots imagining the story, soundtrack, atmosphere and game play over and over. You are all truly doing something very, very right !! Lauds.