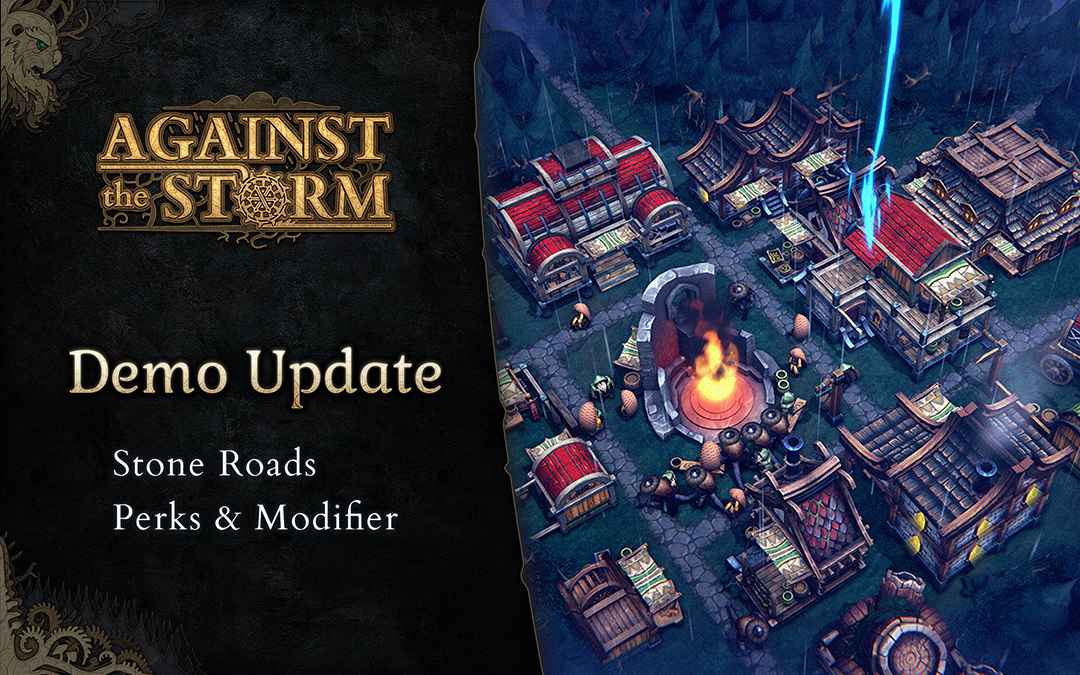 You can now download the new update for Against the Storm - Royal Woodlands Demo. It’s most likely the last update for the demo as we’re entirely focused on the early access version which releases on October 18.

You can check the full changelog below. But first, catch up with the latest news from gamescom 2021!

Against the Storm appeared on this year’s gamescom as part of IGN Awesome Indies Show and Indie Arena Booth. We prepared a new trailer for this occasion:

The trailer features the revamped Marshlands biome, new buildings, and dangerous threats, such as Wildfire and Drainage Mole. We also included settlements created by our Discord community as part of the Screenshot Contest.

The game will be released on October 18 this year in Early Access on Epic Games Store. You can pre-purchase the game already and save 10%:

The early access version will unlock for you on October 18. The World Map resources and Upgrades which you acquire in the demo will be available in the full game.

We only added a few perks from the Community Brainstorm but you can definitely expect more of them in the early access version. We just don’t want to spoil you too much ;)

Your feedback and support

If you want to support us, please continue to share your awesome ideas and suggestion. You can also let your friends know about Against the Storm and pre-purchase the game with 10% discount:

May the storm be gentle on you,
Eremite Games