The demo for apparent horizon has been released, it is an alpha demo and can be played online.


So as this week comes to a close I release my second iteration of Apparent Horizon to the public, Alpha Demo 1.1, this comes with a few patch notes...

Some of the bugs plaguing 1.0 and 1.02 are fixed and makes it easy to find and kill your targets.

Inside are instructions how to play which I are also below. 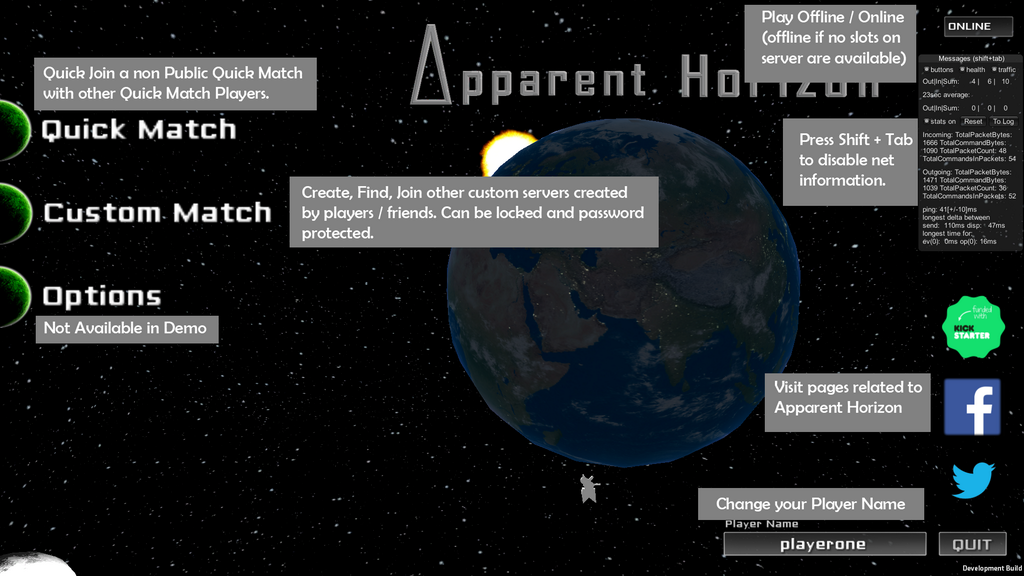 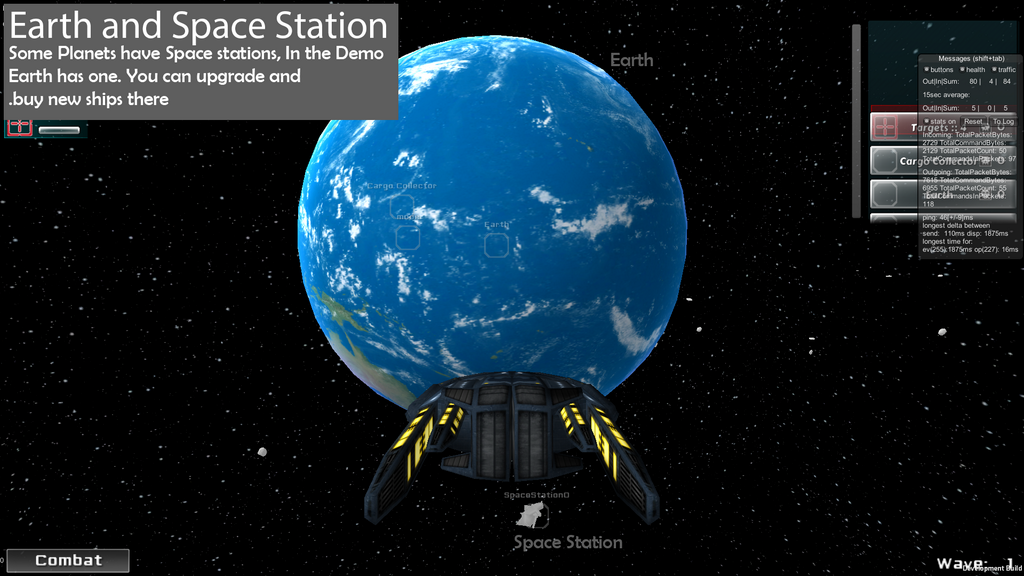 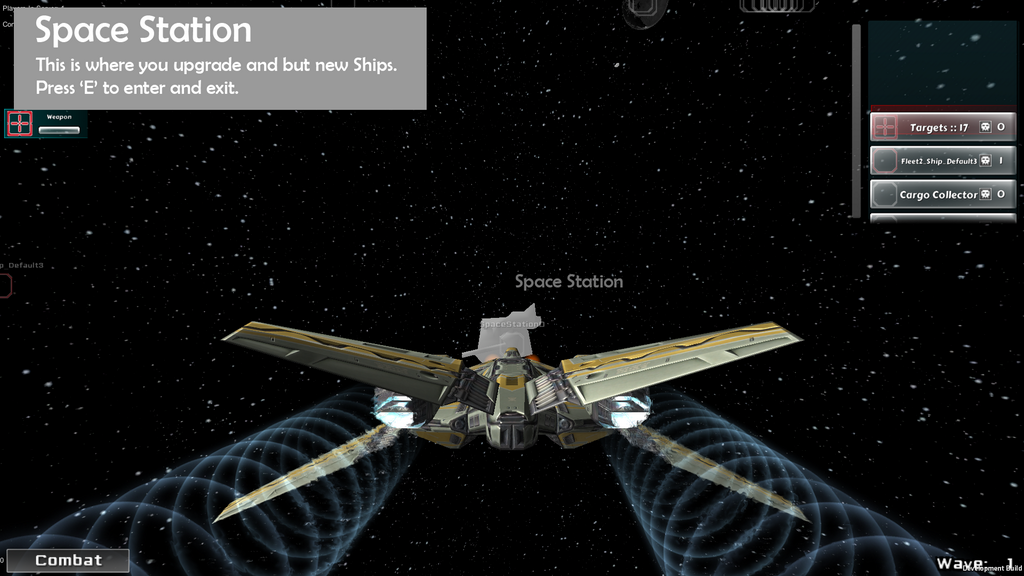 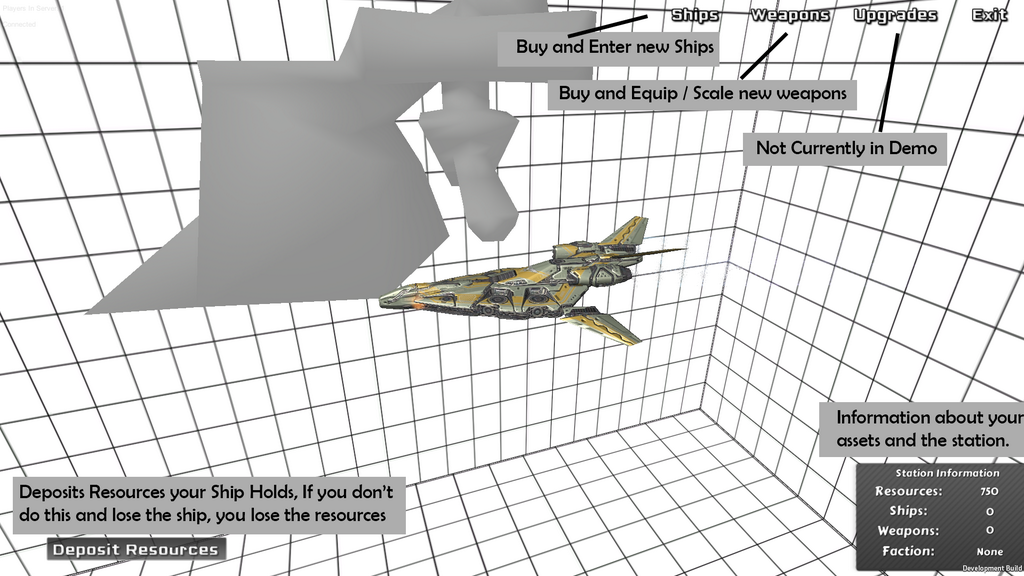 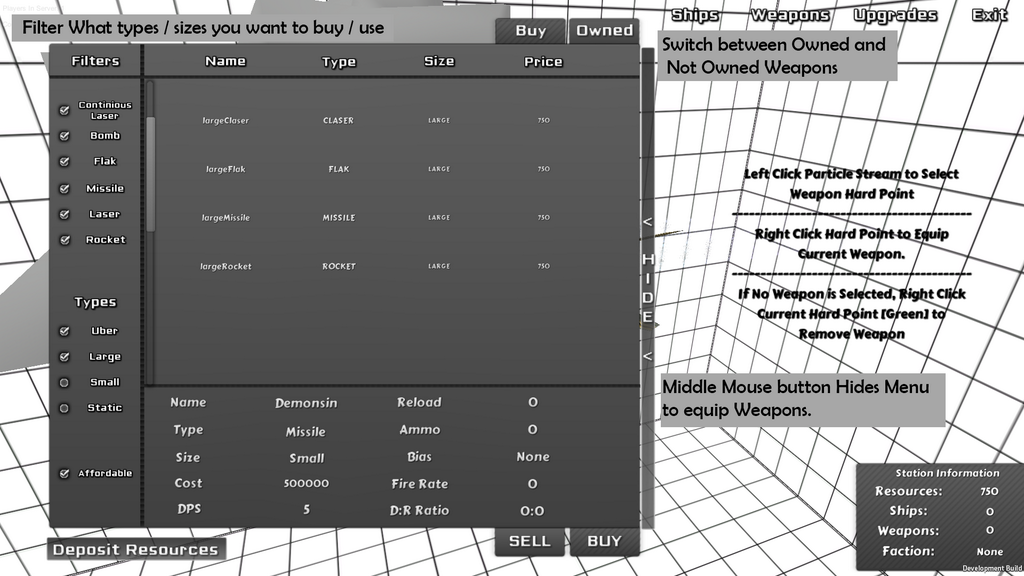 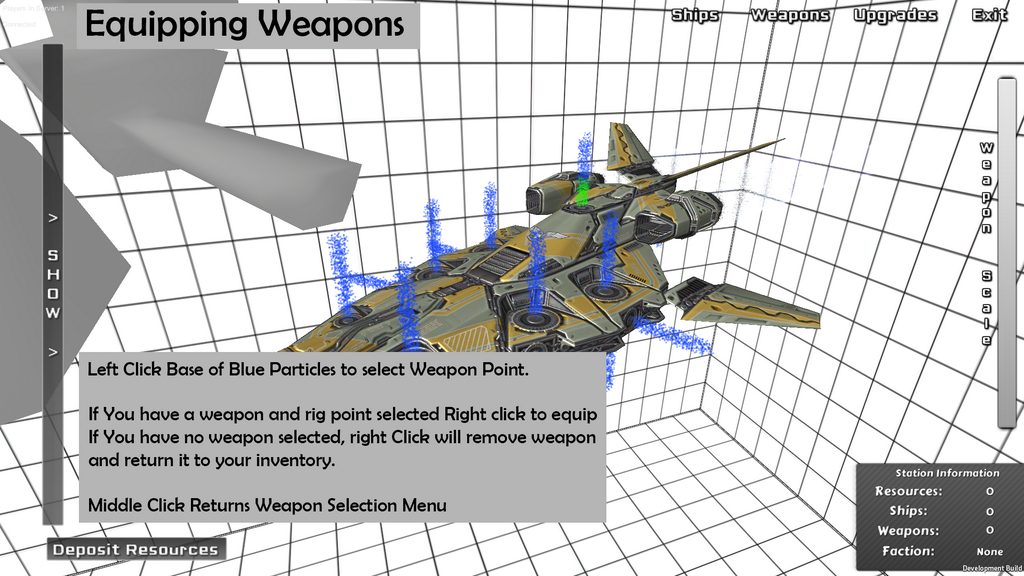 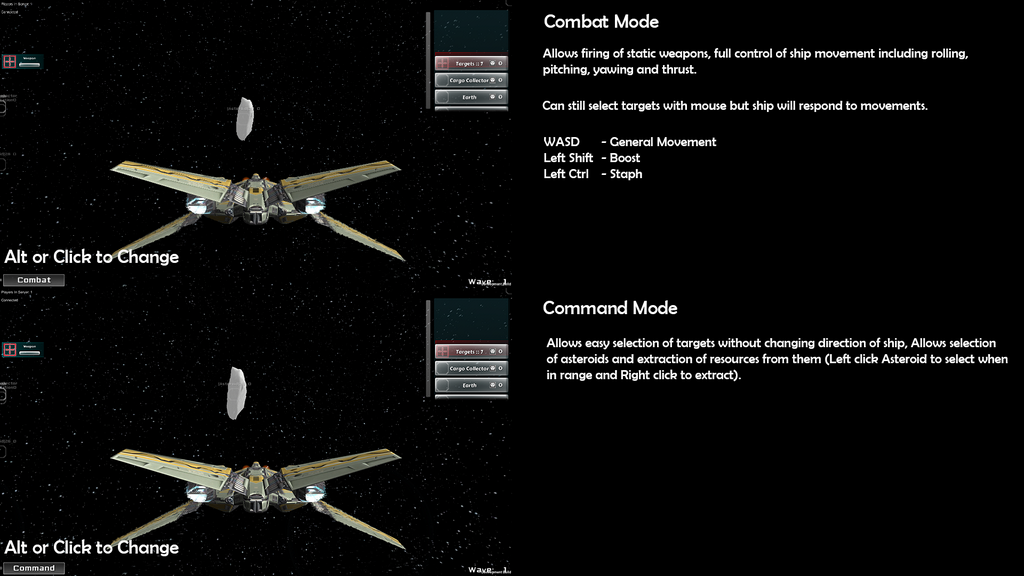 Alongside this update, my kickstarter will also be getting an update to the video and an entirely redone page.

The major focus of this update has been, new graphics, new UI features, better / smoother gameplay mechanics, more variety in ship handling and characteristics, tweaks to ship data and optimizations all around especially in the particle effect territory. This has allowed me to optimize the game to keep it around 60 Frames per second.

The second major focus of this update has been the Wave mechanics which increases difficulty depending on how many players are in, ups the ante each wave and every 5 steps up the difficulty entirely. Each wave will have a payout with a base of 100 Credits and a modifier that adds more depending on which wave.

With over 12,500 lines of code written in the last 8 months I'm happy to say Apparent Horizon is well on its way to becoming a full fledged game.