New demo of The Catalyst available adding some new features. New airframe, the "Bullmai", now available through the hangar screen. Players can customise their aircraft ID. In-flight, damage affects player and enemy speeds. Game over summary screen now displayed if player collides mid-air, runs out of fuel or is shut-down.

New airframe available. The stock bi-plane can now be traded in for large tri-plane designed for carrying large amounts of cargo. The cargo orientated 'Bullmai' can be purchased through the Hangar, along side the aircraft upgrades.

End of game summary. Collisions, running out of fuel and being shot down now displays a "Game Over" screen showing a small summary how how long you survive and how many kills your made.

Custom ID. Player can now create their own unique aircraft ID for a fee. It must take the form of XX-XXX where X can be alphanumeric.

Damage incurred in flight now affects player and enemy speed such that the maximum damage restricts maximum speed to 50%.

The maximum fuel capacity of the airframe is now displayed on hangar screen. The maximum amount of airframe damage and fuel can be selected based on available cash and capacity using right-click, similar to how maximum stock selection works. 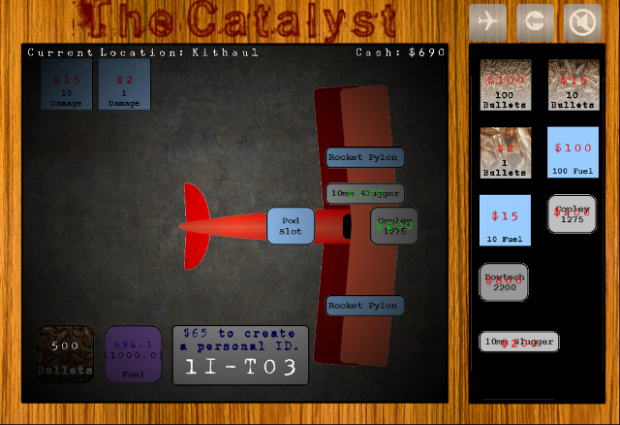 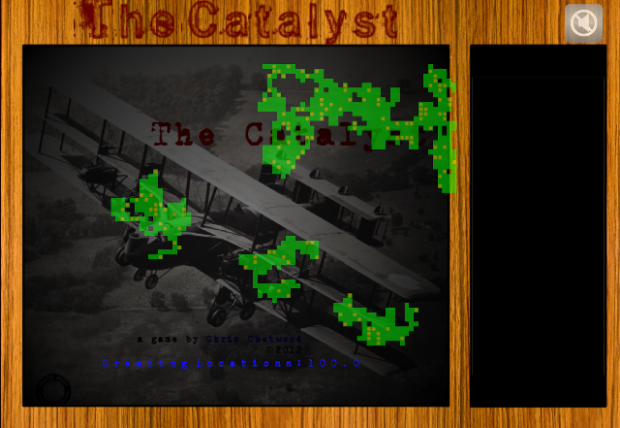 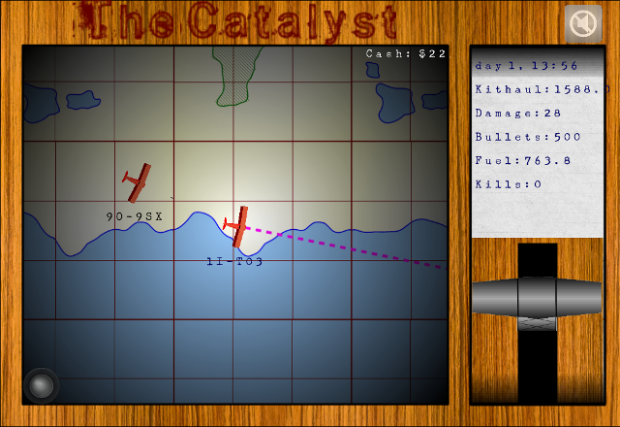 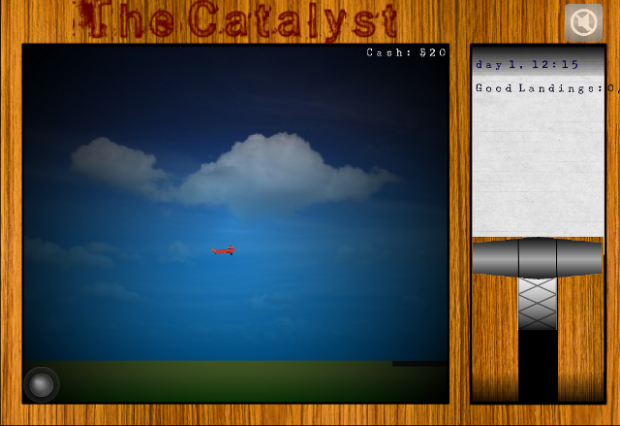 ALL SHINY & NEW
- Maximum amount of damage and fuel can be selected based on available cash and capacity using right-click, similar to how stock works.
- Player can create their own aircraft ID for a fee. It must take
the form of XX-XXX where X can be alphanumeric.
- New airframe, the cargo orientated 'Bullmai' can be purchased through the Hangar.
- Damage now affects player and enemy speed, maximum damage restricts maximum speed to 50%.
- Maximum fuel capacity displayed on hangar screen.
- Game over & summary screen now displays when shot down, running out of fuel or colliding mid-air.

TWEAKED, ADJUSTED or POLISHED A BIT
- Location names increased from 775 to 900.
- Bullet images updated.
- Coatline images variations added and mainland images added.
- Map size button images changed.
- Number of pods on 'Wolrossi' airframe reduced to 1 for balancing.
- Advertised jobs with less than 1 hour remaining now removed from job centre.
- Advertised jobs that expire will be replaced with a new job advert after a 10-60 second delay to prevent player from being jobless.
- Added colour to "yes" & "no" buttons.
- Player now starts with 500 bullets, not 1000.
- Fuel is consumed as a function of throttle such that the optimum throttle position is 40%, higher or lower throttle positions are less fuel efficient.
- Guns have varying fire rate.