In which videos are made and uploaded (but not shown); a demo-name is decided; a lore-entry is given a page-image; that same lore-entry is edited; a prologue jump is made a little easier; build-testing is begun; bugs are discovered and dealt with; and an update on the demo's status is given.

This week's screenshot shows a small change made to the prologue's traversal: 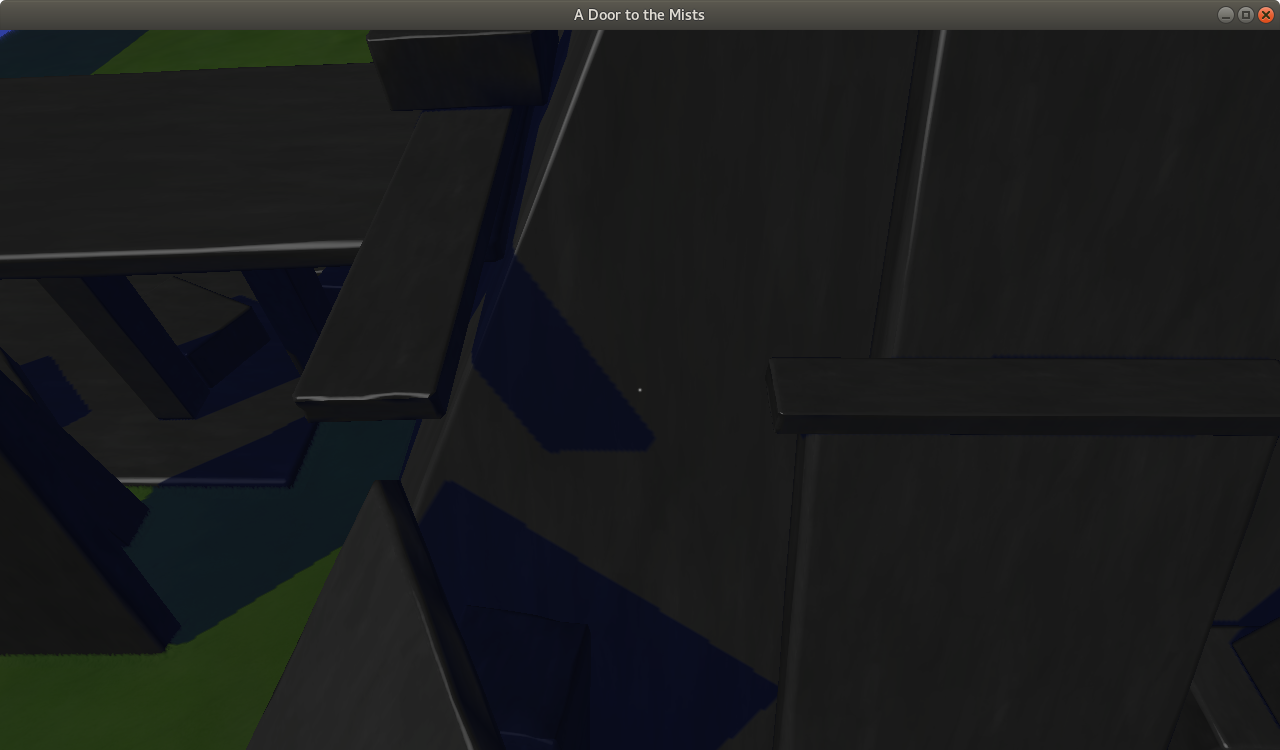 The week just past was focussed primarily on preparing for the new demo:

To start with, work continued on the new trailer video. Indeed, work concluded, too--the trailer is done, and uploaded ready to be made public at the demo's launch!

I also put together a brief video showing the new aesthetics of the game; while there have been plenty of screenshots, I don't think that I've shown much of the aesthetics in motion. As with the trailer, this video is done and uploaded, waiting to be made public.

I believe that I mentioned in last week's blog-post that I was giving thought to a name for this demo, as the previous one was named the "Redux Demo". Progress was made on this in the week just past, and I believe that I have a name decided.

Discussion on TIGSource pointed me towards a direction for this: to consider two major elements of the changes introduced in this demo--all the books in level five and the new aesthetics of the game overall--and to look for something that covered both.

In short, these two things have somewhat in common: they're both, in a sense, about the representation of something.

I considered a number of words: "representation" could be nice, but carries another meaning that's not applicable; "rendering" is accurate, but perhaps leans too much towards computer graphics; "rendition" could work--but darkly suggests black bags over heads; "portrayal" is a possibility, but to my mind suggests a matter of characterisation, which doesn't quite fit.

In the end, then, I settled on the word "depiction", a word that seems to me to fit fairly well. The new demo, then, is intended to be called the "'Depictions' Demo".

As to the content of the demo, a little was known to be yet undone at the end of the week just past, I believe. Specifically, I had yet to complete the page-image for a new lore-entry, and to edit the text for that entry. Both I then did in the week just past, and I think that I now have that entry complete!

I also decided to make a particular jump in the prologue a little easier: at least one piece of feedback had indicated that it might be a little hard for new players. And indeed, it does seem to me that the prologue is a place to be relatively gentle with players, to allow them to gain a feel for the mechanics.

With the demo-content of the game apparently done, I made a build and tested it, hoping to soon upload the build. All went well--until I reached the stone doors in level one. I touched one of the plates that said doors hold--and no mist appeared!

Worse, I later discovered that, somewhere along the lines, crashing-bugs had been introduced into some of the minigames!

As to the state of the demo... I think, I think that it's almost done. If so, look for a special blog-post sometime this week--perhaps even tomorrow! ^_^

And along the way I made a number of changes and preparations that don't seem worth detailing here: updating presskits, correcting a missing closing-bracket, uploading screenshots, and so on.

Here, for one, is an image intended to convey the presence of new content in the demo: 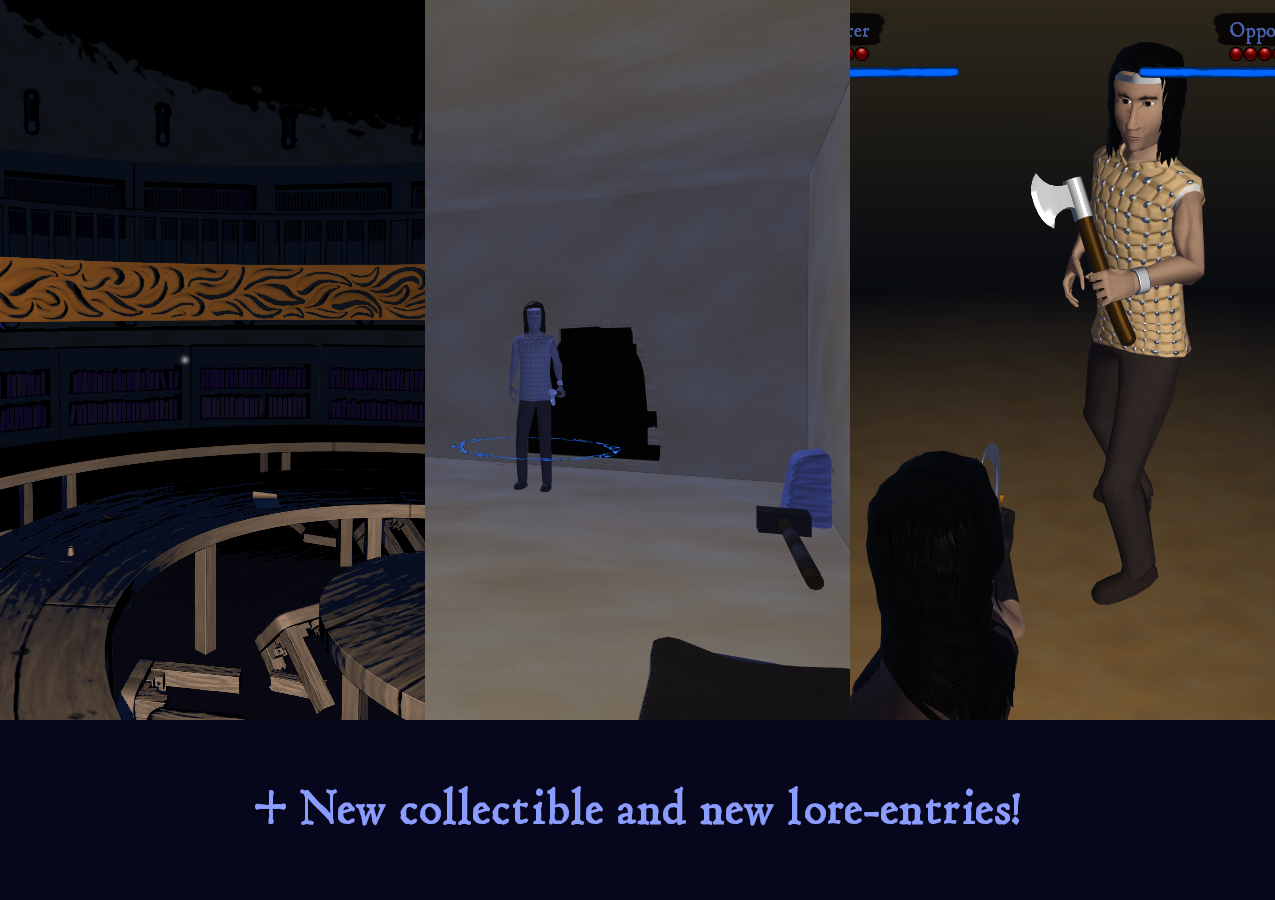