Hello, Today i would love to publish a Devblog going deeper into one of the most unusual Half Life Mods of all time

a Regular Half Life Mod or even Half Life itself has a Start and Ending going from c0a1>c1a1>c2a5>c5a1 etc...

you pick up weapons, fight enemies and the game ends

THIS mod is totally designed and turned into a RPG with alot of various problems far from your everyday problems in half life AND that wont even be a problem in regular half life, so far Mapping was 100% myself exept a cellar map (cant find mapper gg) and a bit of paid Modeller and 4 (!!!!!!!) paid coders since theres so much to do they quit after some time from exhaustion, ill display some of the problems we had now

for a RPG you need decent maps, i tried to put everything on 1 map but that would have neer worked out with the Goldsource Engine, so i split them into like 10 maps, heres a few examples

hits the Maplimit at 4 Edges 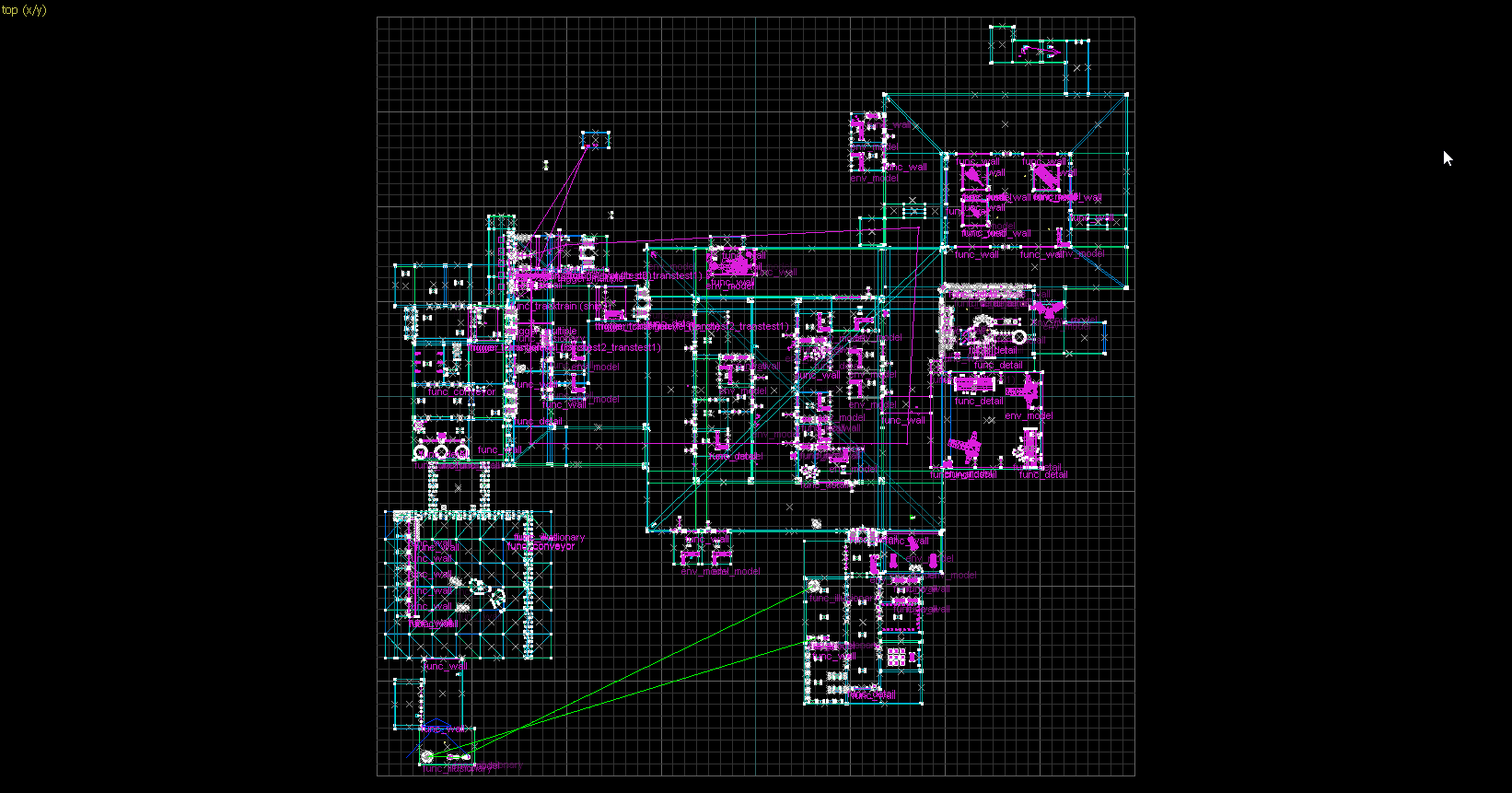 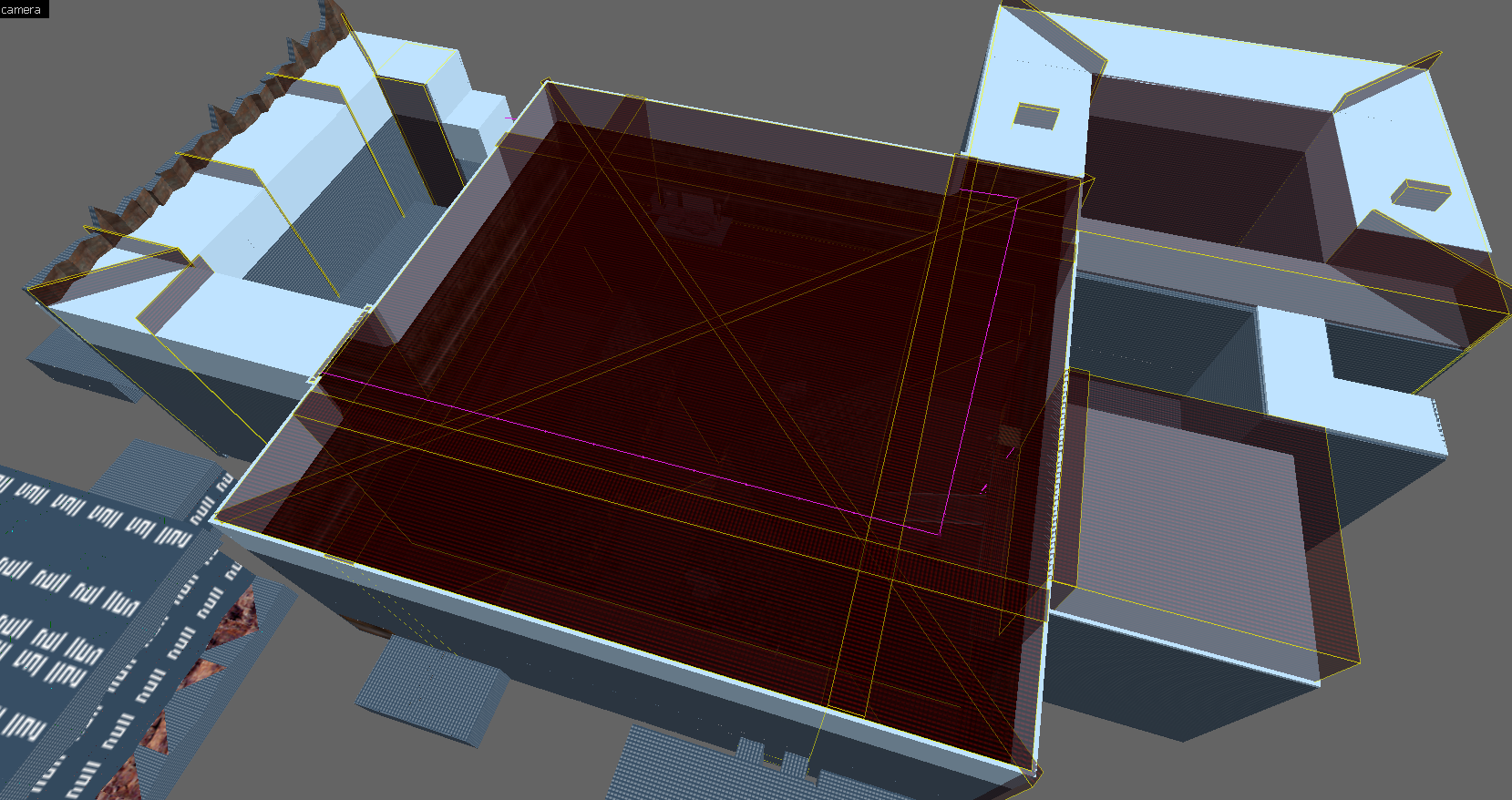 This is the second map, its bigger but has less content so no lag or entity errors but falling trough stuff since the Engine isnt made for complex things and geometry but i tried my base still altho no errors still alot of microleaks mkes you fall trough terrain a bit 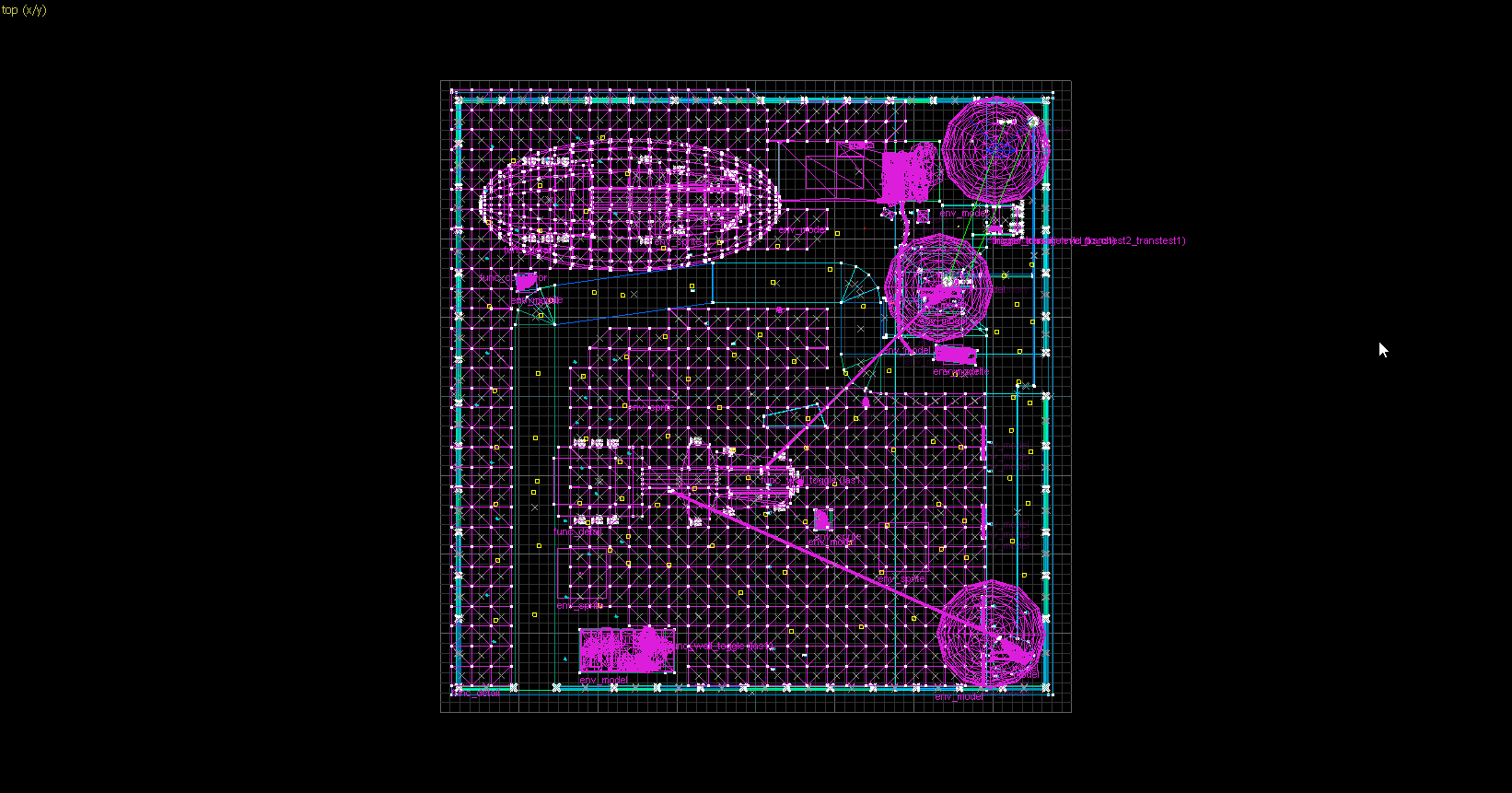 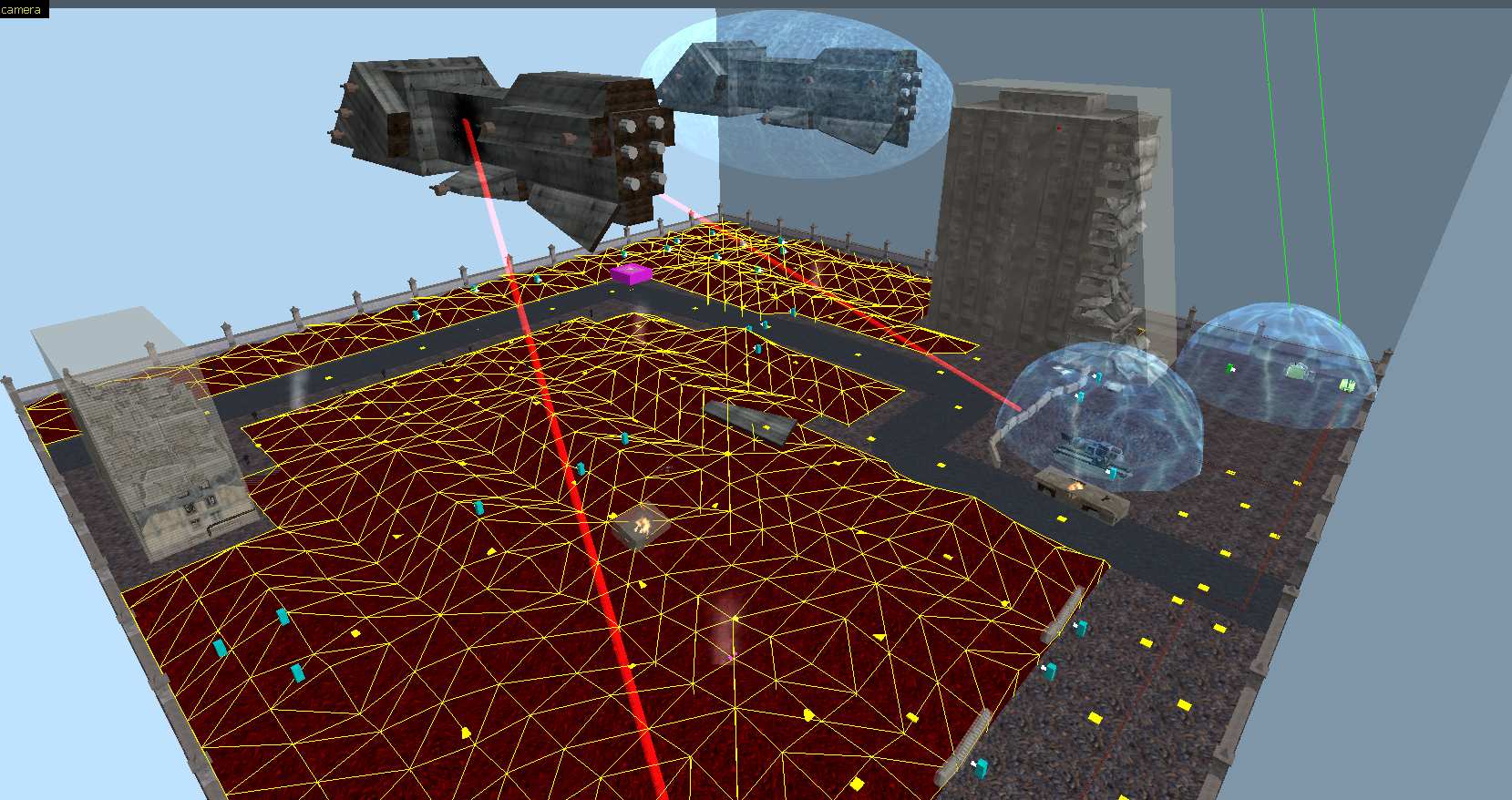 what would be a RPG without a Respawn System? in Half Life you just die and have to either fully restart or from a manual safe or checkpoint, in this game we have a info_respawn so when the player dies he respawns there without weapons or anything inside a self build "cloning tube" on each map next to a "Combat Restoration" npc wich issues a weapon_Crowbar(aka Fists) for 0$ so u can get back into battle, your weapons are REMOVED upon death and placed in a bag where u last died so u have to pick them up again (to prevent players with low hp to just die and get weapons back) 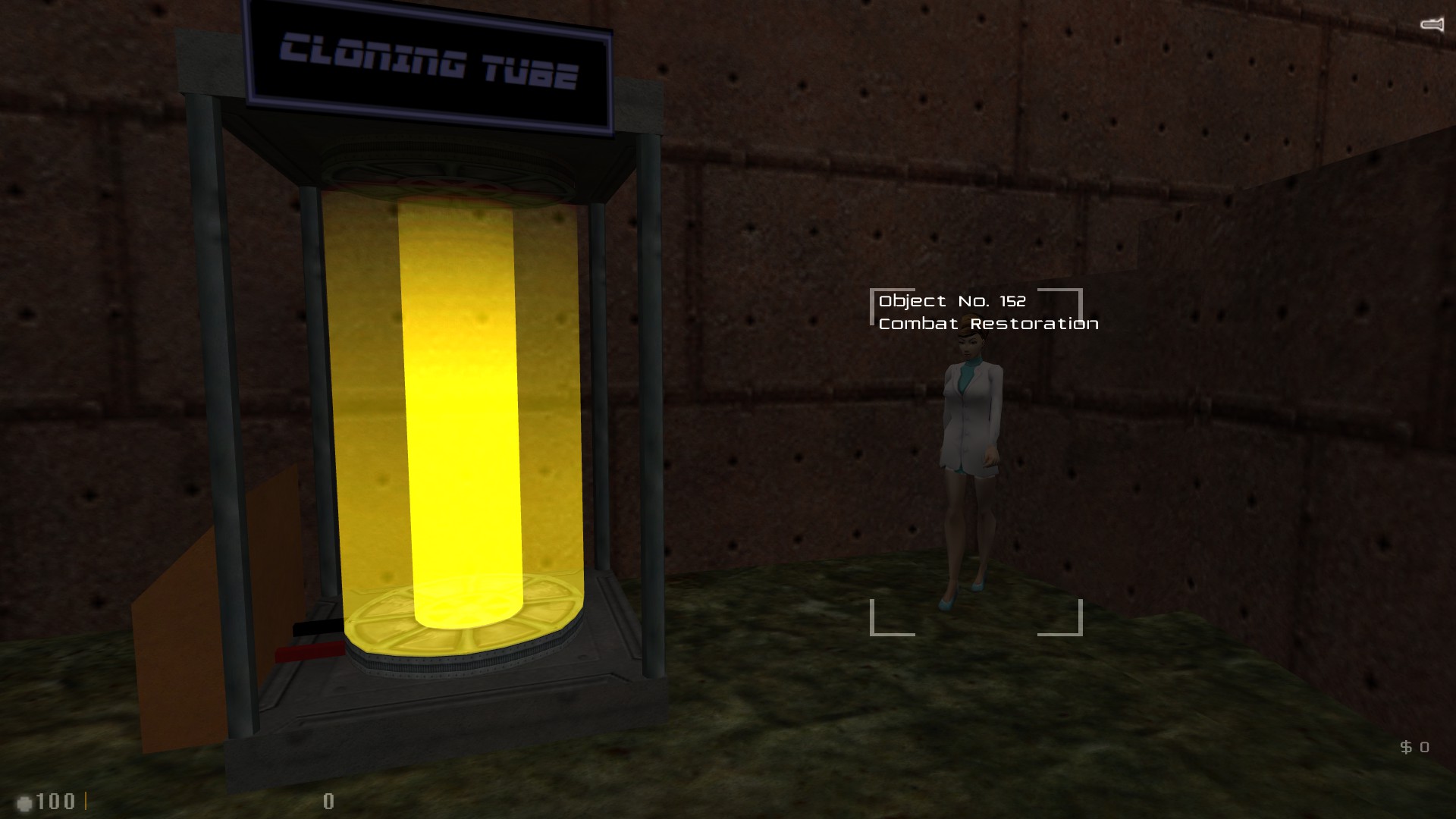 easy as it is, Kill a enemy he drops a predefined amount of money for your to pick up

also comes with a item_money bag that can be customized in models to allow picking up various things for cash (like finding the cats for gordon shumway to Ea.. err "sell")

Shop System is a easy one ou just go into console and type impulse 101... oh im jokin... its a Hardcoded System based on Money ($) to buy specific things

Kill a NPC, NPC drops 50$, go to shop and purchase weapons and other things for money

how does it work?

its like a Counter Strike func_buyzone but instead of a zone its a clickable box wich reads a text file inside the modfolder looking for itemname, price, picture, description etc...

(this screen has been mad bright with paint.net for better visibility its not like ingame) 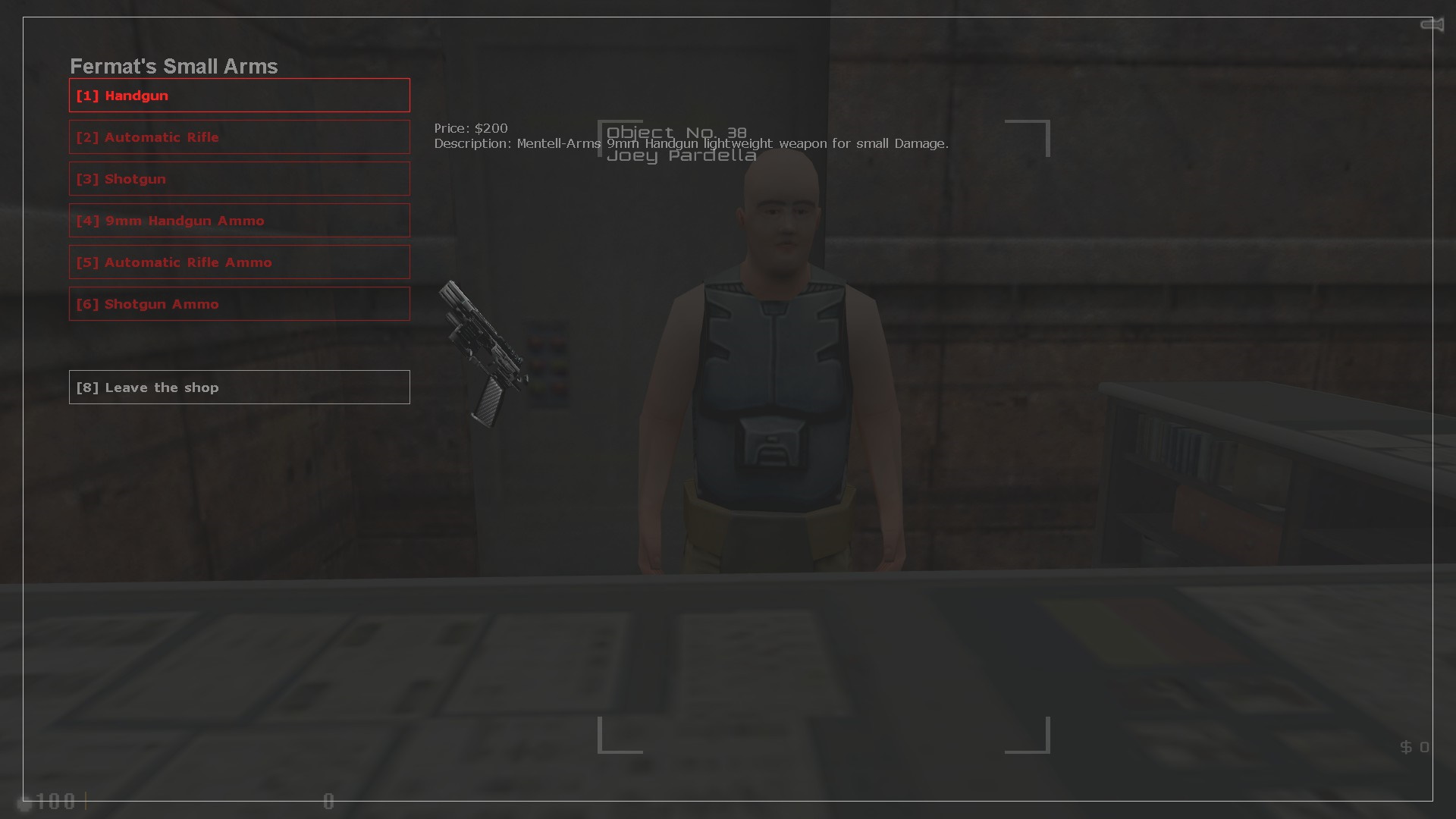 this is a bit more of a challenge, we had a weapon_sentry implemented that the player can purchase and then place in the map ti fighht for him (aslong as its alive duh) but it would bug out and a) often not work and b) shoot dead enemies forever wich has been fixed, and it even had a Facelift as seen here

the Figting System has been totally redone since when you have a Cyberpunk Game why let the enemies shoot with only ancient Projectile Weapons? i had it changed to instead of shooting a enemy, then having the game drop a bullet shell that instantly disappears and apply damage to a enemy we made the enemy shoot either player or other enemies, and it spawns a plasma projectile that hits the enemy for cooler look, as u can see here >> (altho the system works well im not sure of older computers u regulary get "temporary overflow of 500 ents")

on the same Video (above not here duh) theres a Damage meter so everytime you hit a enemy or a enemy hit a enemy it shows the damage, pretty self explanationary

this was nasty, Infodecals started to disappear on glass upon a mapchange since HL was never ent to return to different maps but thats been fixed

func_push has also been redone as it was required for the apartment map of 4-5 floors, when the player entered the push it skyrocketed hhim at fast speed so we had to code the system to allow for a always constant/linear speed from beginning to end

and then we have the new Ghosts... the Unwanted Ghosts, one of our MANY MANY (not mahna mahna) Systems has added a bug that shows Flying whatevers around the map, prettys funy but annoying will hopefully be fixed (check the floor and ignore the texture)

see? theres ALOT of problems when you turn a regular Shooter that has a set part from start to end into a return-to-maps RPG but most have been bugbashed so far

and now some Showaround:

the Apartment and Administration Complex 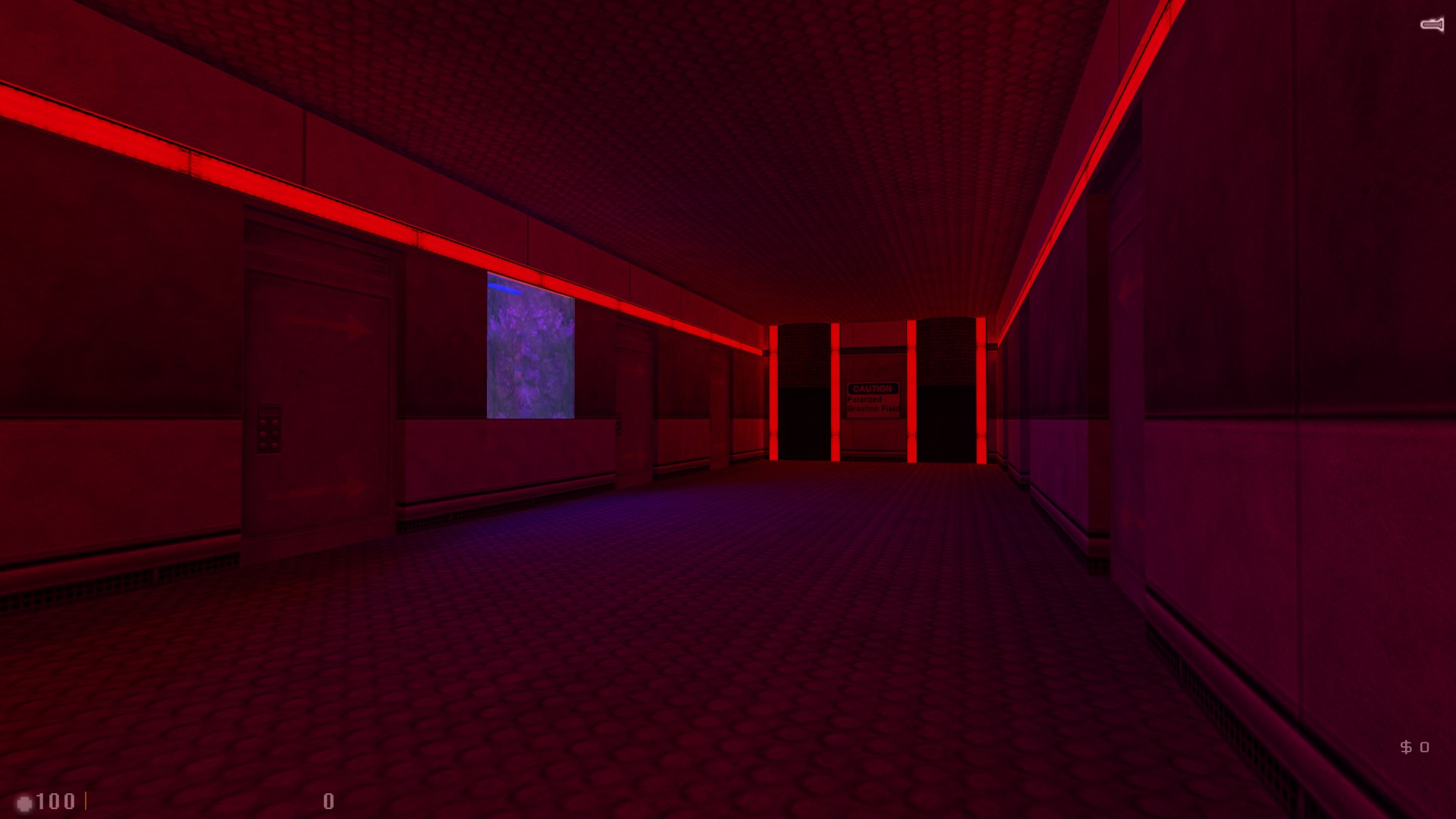 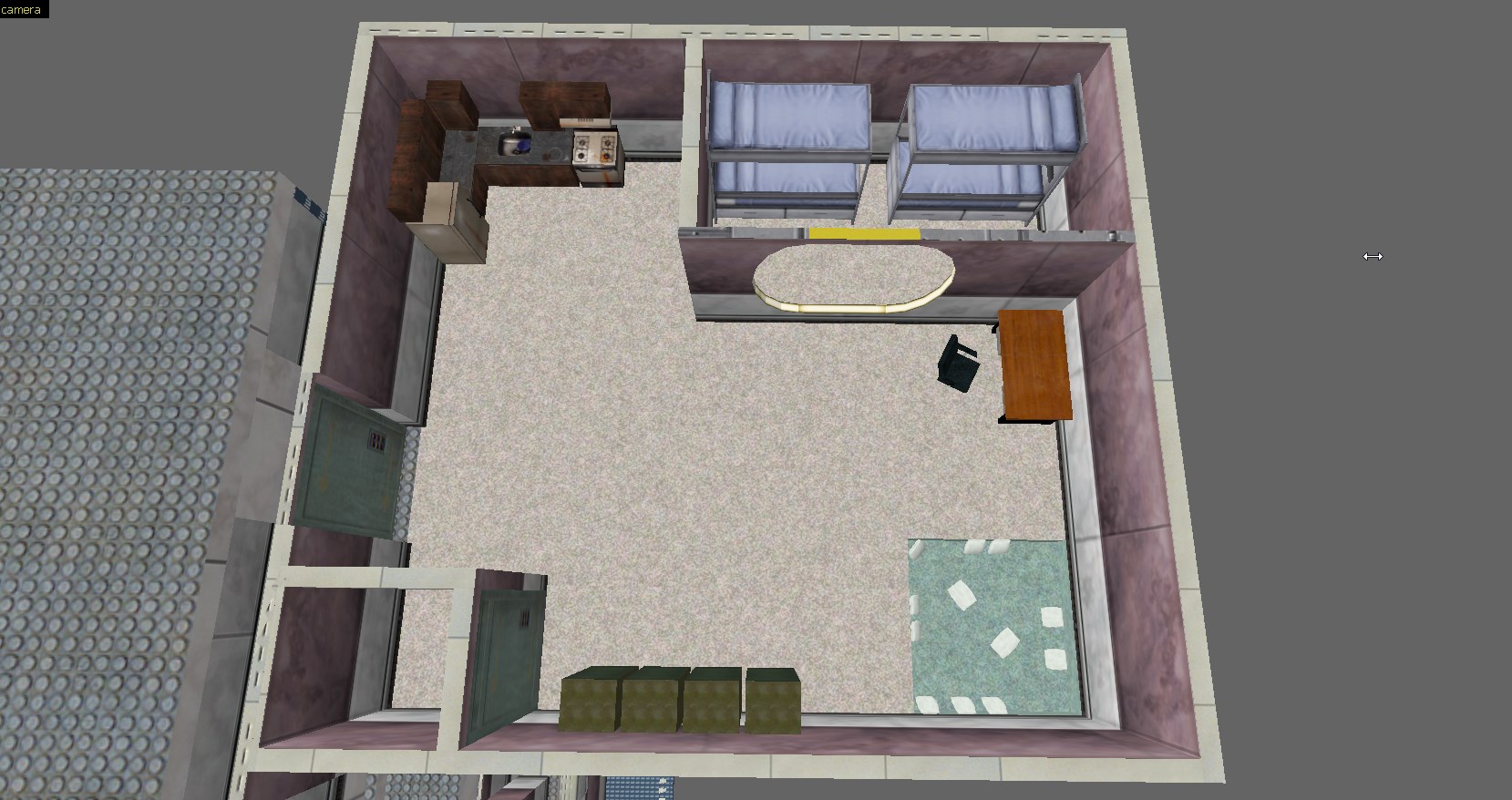 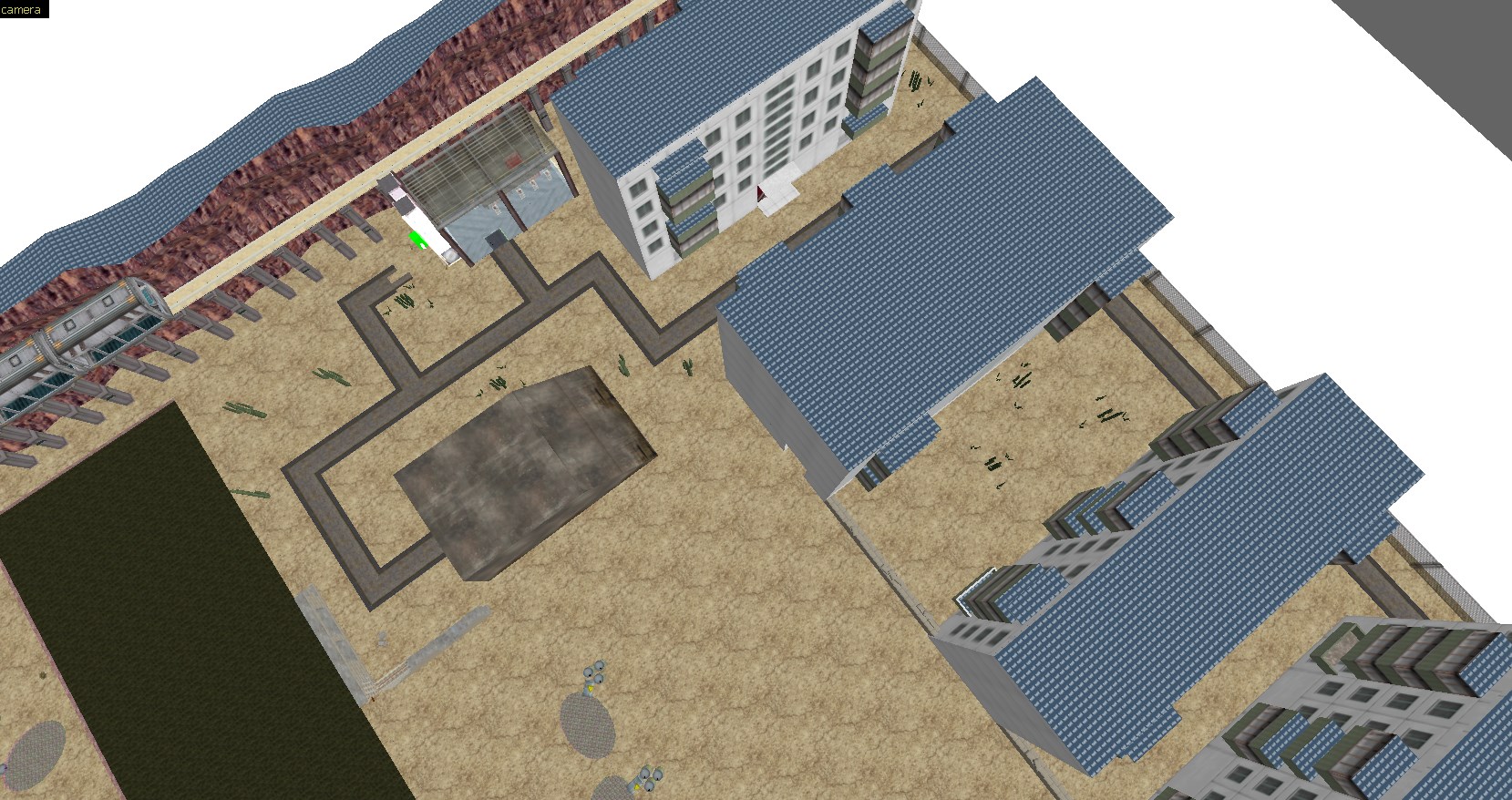 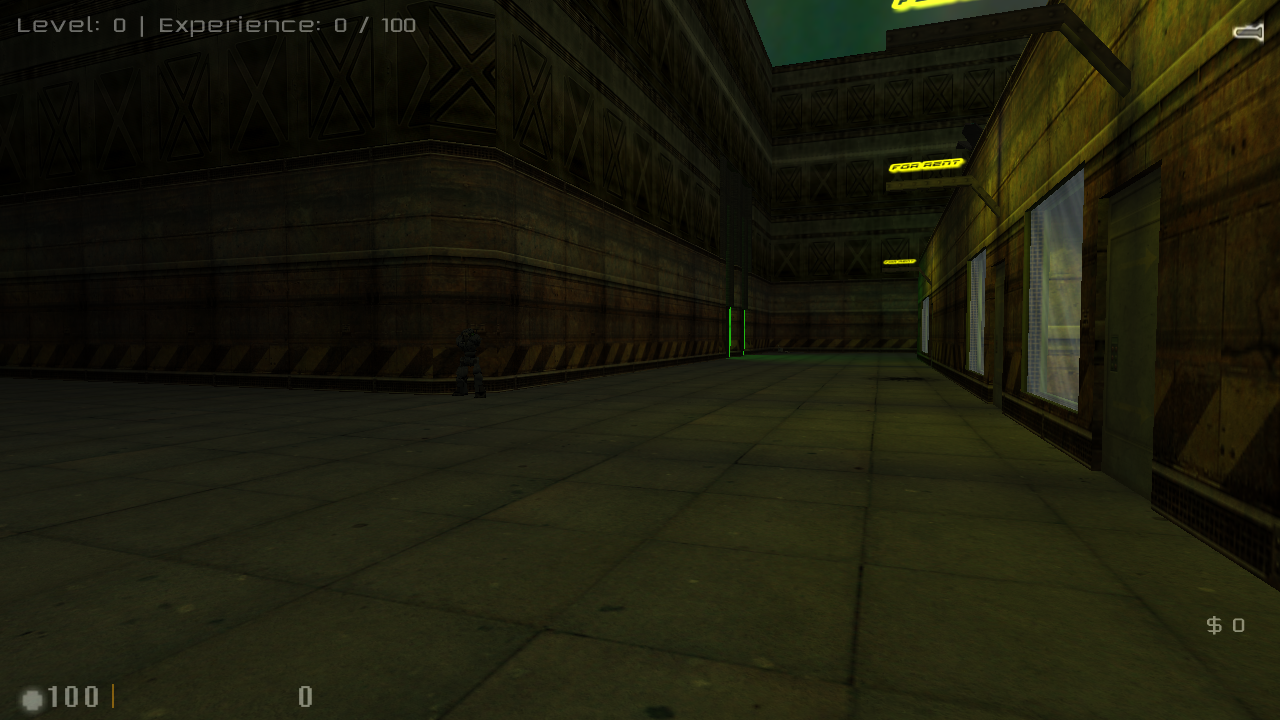 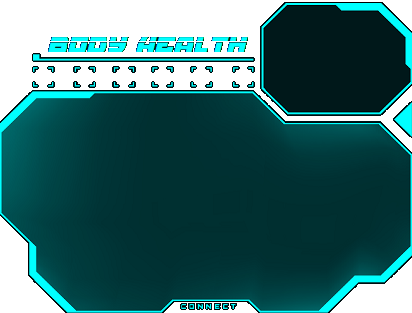 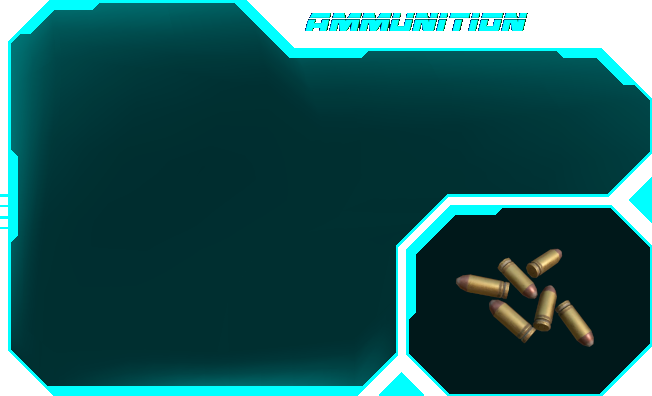 and last but not last ill finish off with a screen of how much ive been using the J.A.C.K Mapping Editor 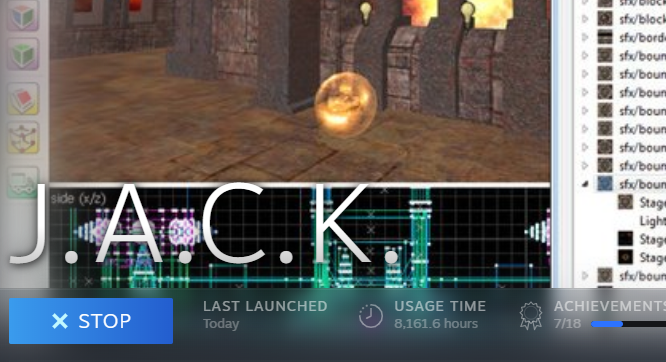 It reminds me of the Deus Ex. It would be interesting to see more new gameplay innovations.

Sounds like a lot of fun! Finally something fresh :)