Four more levels! Four more levels! That’s right, again, Dejobaan wants to carelessly fling you from the nearest ledge and watch from our firmly planted lawn chairs, sipping on drinks from umbrella-graced coconuts. Another weekend of our beta is available on Fileplanet, available FREE to all users! Also, and one on one with Ichiro Lambe, Dejobaan's founder and head BASE jumper.

Four more levels! Four more levels! That’s right, again, Dejobaan wants to carelessly fling you from the nearest ledge and watch from our firmly planted lawn chairs, sipping on drinks from umbrella-graced coconuts. Another weekend of our beta is available on Fileplanet, available FREE to all users! Go now and grab your beta key at Fileplanet.com

While leaping from prohibited buildings in futuristic Boston, Dejobaan founder and head BASE jumper Ichiro Lambe tells us about the level-design process. Traditional development methods are for traditional games -- with AaaaaAAaaaAAAaaAAAAaAAAAA!!!-- A Reckless Disregard for Gravity (Aaaaa! for short), our goal is make a game that looks and plays like nothing you've seen before. With this in mind, we spent a lot of time developing custom tools and techniques. Here are some questions we parachuted over Ichiro: 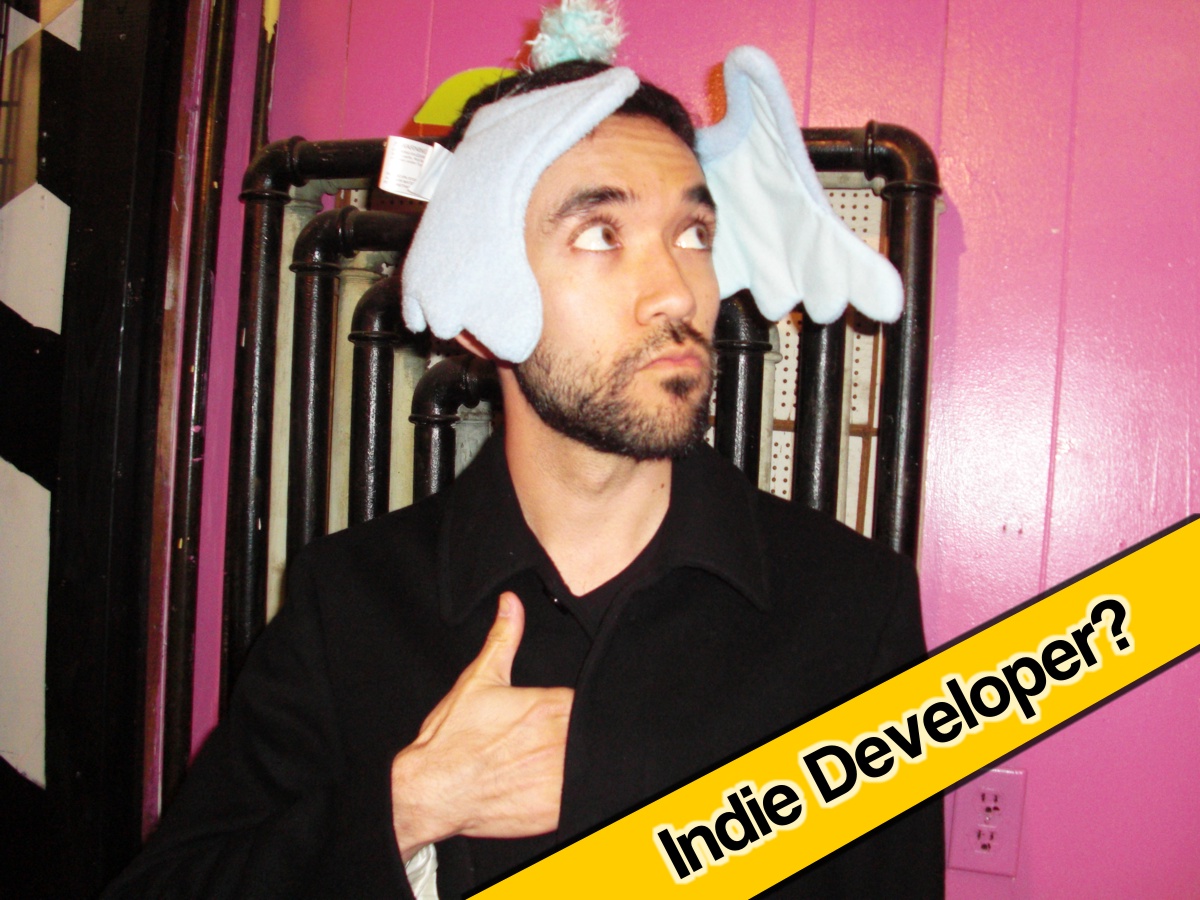 Q: You say the game is based in futuristic Boston, but the buildings look nothing like Boston. How do you come up with the visual concept for a level?
A: Let's start by looking at what we consider a level. In Aaaaa!, a level is a 30-120 second experience where you throw your body off a platform, fall through an intricate tangle of buildings, girders, bridges, and terrain, and eventually land or fall, flailing, to your death. You have to optimize your path based on a set of rules to maximize your score. For example, kisses (which you get when you first touch a building) are worth more than hugs (which you get when you glide along a building surface). Ideally, we want players to bounce back and forth between groups of buildings to get as many kisses as possible.

In many cases, we start with a high-level architectural or terrain theme such as a futuristic mall. With a mall theme, you have stores, food courts, exits, escalators, and so forth, which we have to interpret vertically. What if you were falling through such a structure? Other levels are based on a type of action or player motion. Rather than beginning with the level's appearance, we might ask what happens if we want the player to descend in a spiral, and place objects to encourage that. Still other levels may highlight the game's unique mechanics such as the player's ability to flip spectators off or crash into poultry for points.

Q: OK, so once you have the concept established in your twisted mind, how do you actually build up the level?
A: We have a level editor designed specifically designed for Aaaaa!. Our first step is to build what [Gameplay Architect] Dan calls a "level skeleton." This skeleton always comprises the most important structural elements, but lacks the visual adornments such as nudity. It enables us to test gameplay mechanics and ask whether a level's exhilarating enough to work, or whether we should just go home and do something else. 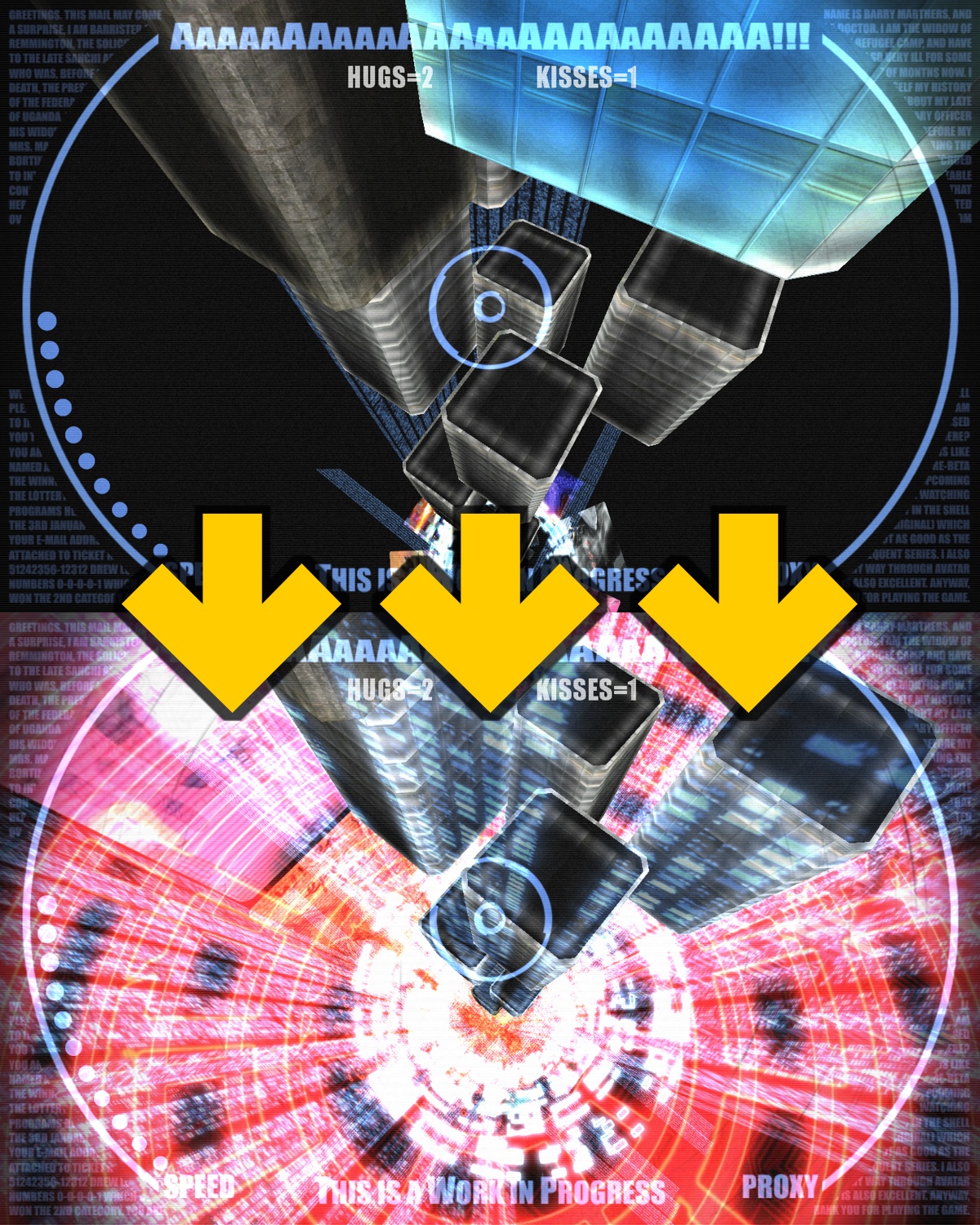 Q: Tell us about the level editor.
A: It's based on the in-game level editor from our 2004 title, Inago Rage. We designed it to be straightforward enough so that my mom could build a level with no greater difficulty than assembling nigiri. This became the ideal tool to build levels here, as designers aren't required to write and code or develop animations. Our crack team of interns was able to jump right into level design during its first week, without a long ramp-up on our development tools.

Q: How does the level editor handle animation?
A: Aha -- my special recipe! The placeable objects have properties that dictate their motion. For example, a bird will start where you placed it, then fly a set distance before turning back. Cars will appear where you place a "generator," then automatically pick an "exit tunnel," where they enter to disappear. Very simple, but elegant -- when you enter the level, the various elements just function on their own, like wind-up toys.

Q: What's the next step after the initial skeleton?
A: We follow a collaborative, rapid-prototyping approach. A level designer will spend anywhere from 30-45 minutes to generate the initial skeleton. That's then passed on to another designer, to play and tweak it for a similar amount of time. This helps provide an impartial opinion on the playability of the level. Is it great? Does it make you want to yank your eyeballs out with tongs? We find that two people see things that one person can't. From there, we'll iterate by either bouncing it back to the initial author, or by sending it over to a third person for further refinement. This makes the levels significantly better than the single-builder approach. We ran betterness tests. Here is an example that gives you a sense for the number of cycles and some of the more obscure tools that we use: 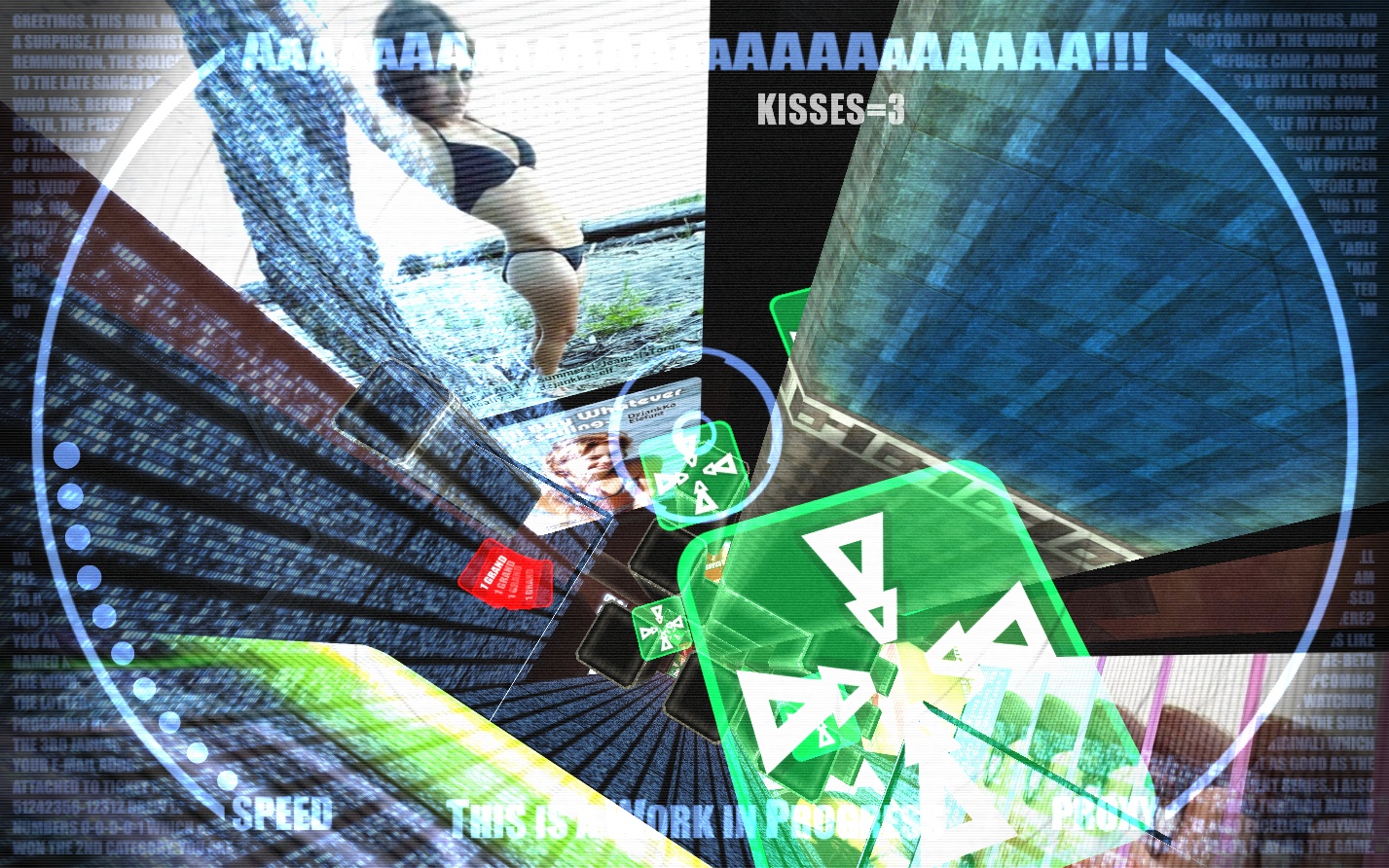 Q: Rumor has it that you are using procedural level creation tools, how did these come about and how do they work?
A: The motivation for procedural level generation is that we don't have the resources to place everything by hand. However, if we're smart about things, we can have an algorithm place things based on commands such as "I want an octopus here" or "I want a geometric maze here." By following this approach we are able to generate many level skeletons procedurally, out of a well-defined collection of objects. Once we have this procedural skeleton, we can then iterate manually, or even apply further procedural polish.

Many of these tools were the work of Tamlyn M, our resident tech intern. He wrote several scripts to describe how a particular "pattern" is formed. We then string these patterns together to create a level skeleton. For example we can combine some scripts to generate a "Winding Core" pattern consisting of skyscrapers, then populate that with scoring plates or other architectural elements to encourage the player to weave in an irregular spiral motion. 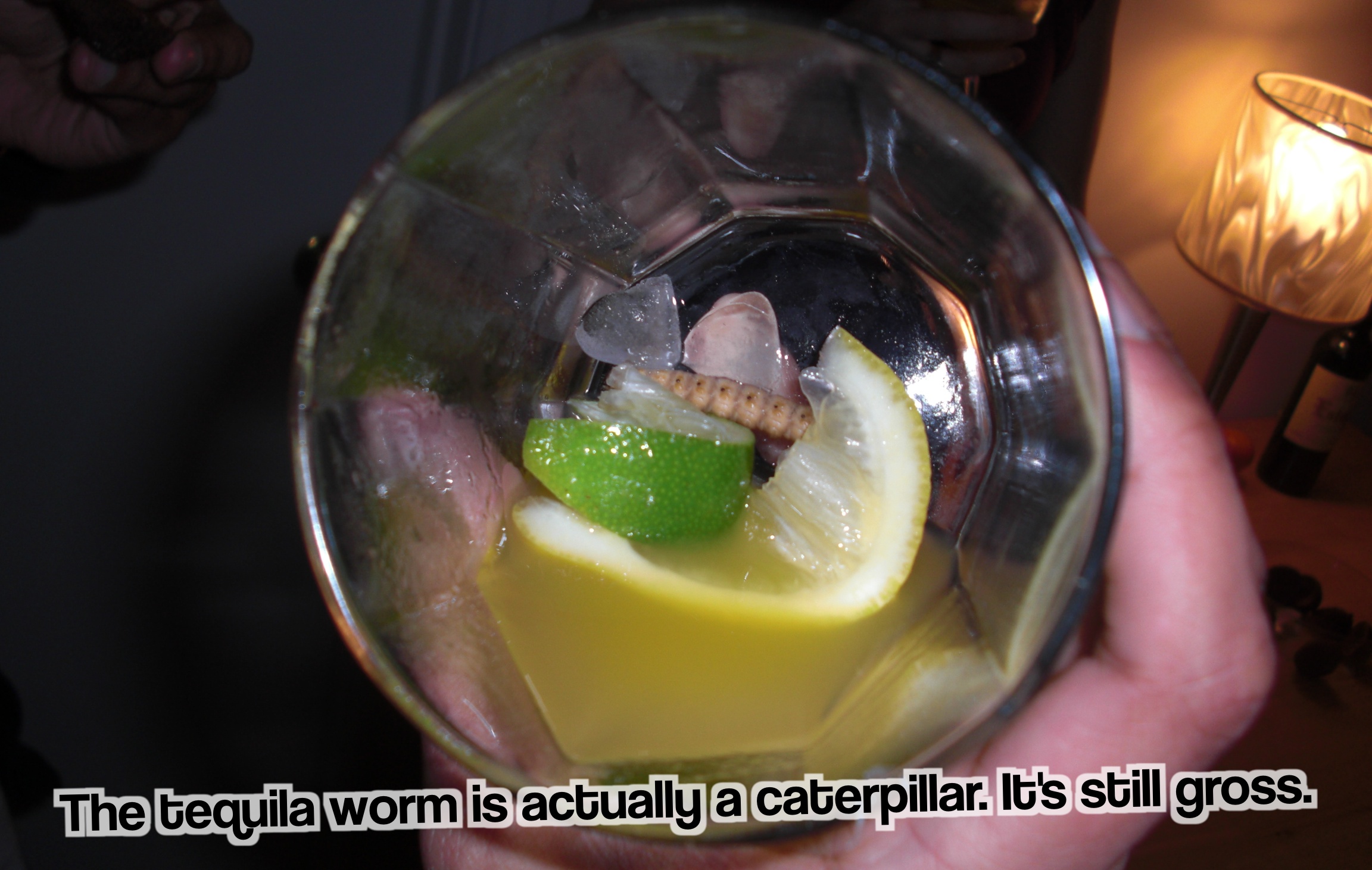 Now that you know the method to our madness, see if you can survive the new content in our beta!

Awesome stuff. It's really cool to see how you guys have created some awesome pipelines to get this thing out the door. Congrats.