Apologies for not releasing a dev blog the previous week, I will try my best to release one every week but sometimes I might not be able to do so due to certain circumstances like life getting in the way.

With that said let’s get to the latest change log with respect to the mod:

-The kingdom of Jerusalem’s immediate roster is now complete for the time being. All units from JR have been ported over. Units have text entries, icons and are now recruitable in buildings as well. A definite milestone for this project. 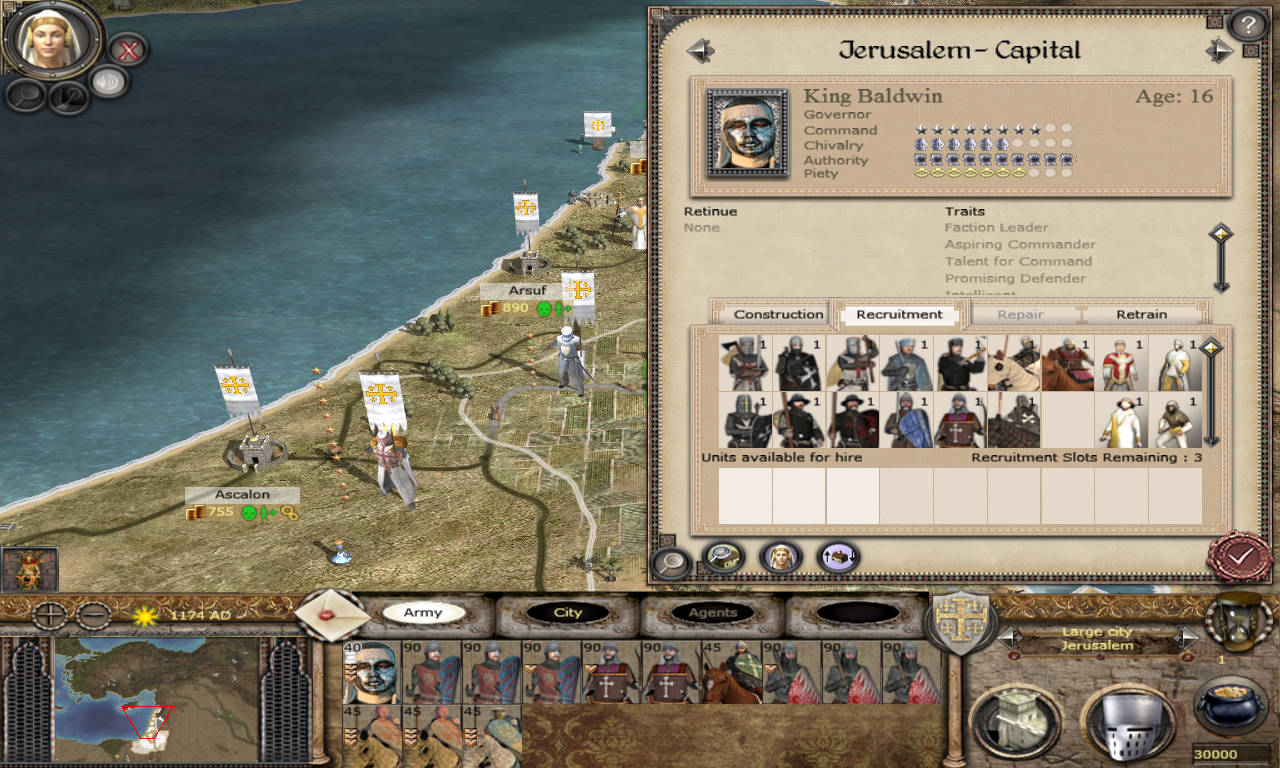 A view of the recruitment options in the city of Jerusalem.

-Here’s a high level overview of their recruitment options:

-I’ve created three new building chains for KOJ to accommodate the religious orders as I will not be using the vanilla guild buildings. The Hospitallers and the Templars both have a “headquarters” building in Jerusalem which gives them access to their special Grand Master generals and veteran troops. 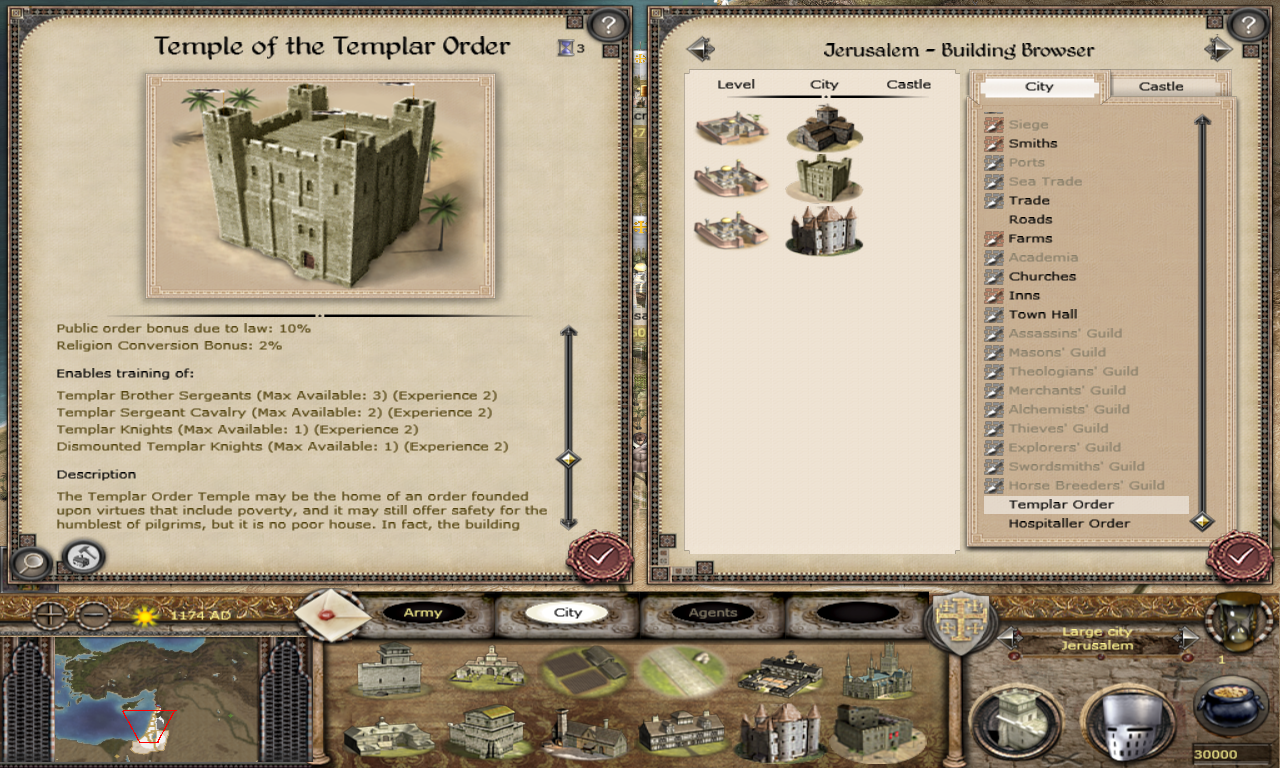 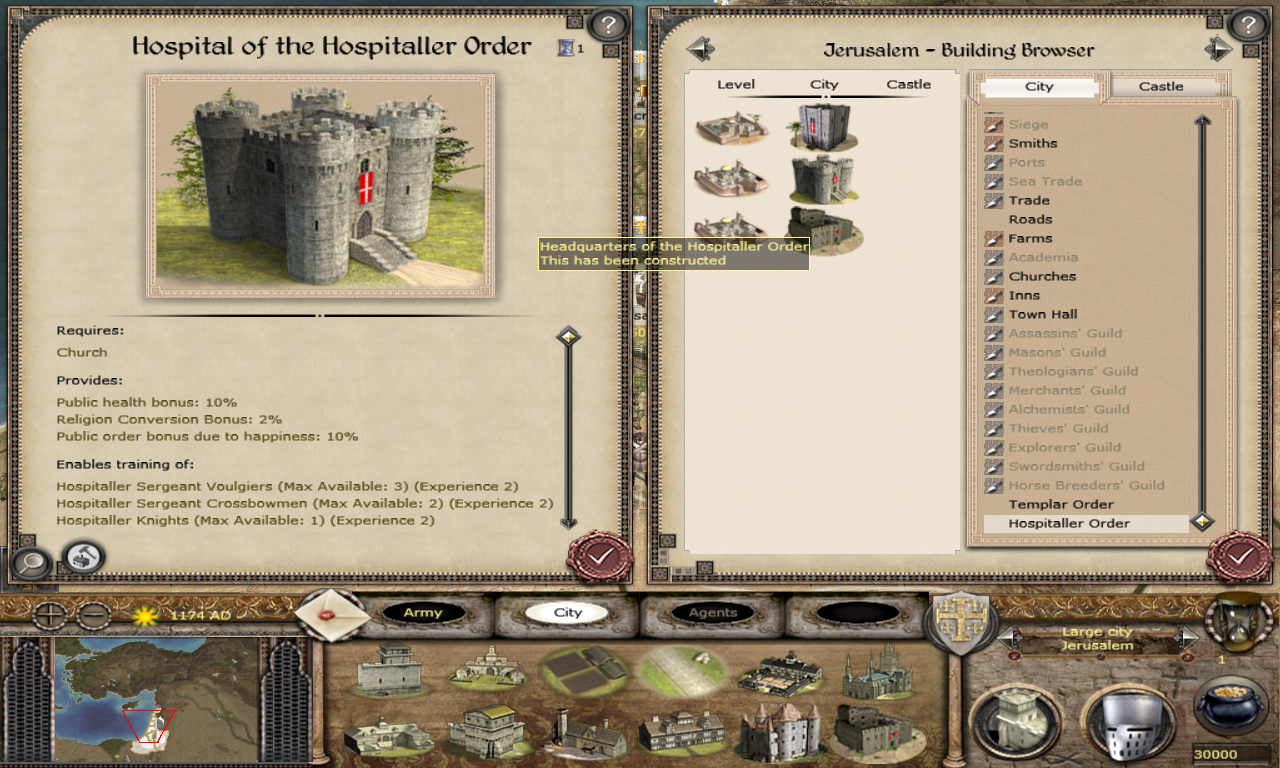 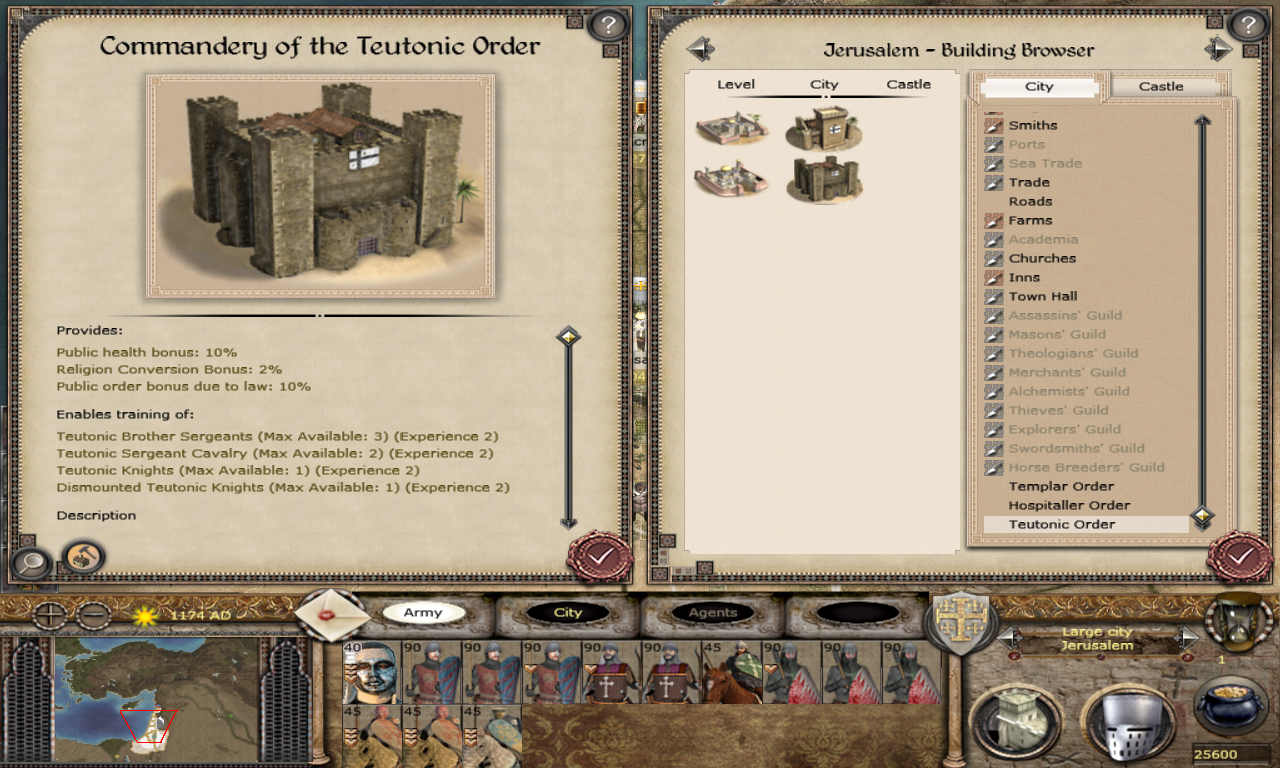 Tier 2 buildings in the new chains for the three orders.

- Siege weapons have new crews, so they are graphically to the standard of the rest of the faction’s troops.

And finally I have a surprise. We can’t have a Crusades mod without perhaps the most famous crusader of all time. He will be the final addition to Jerusalem for now. Can you guess who he is? 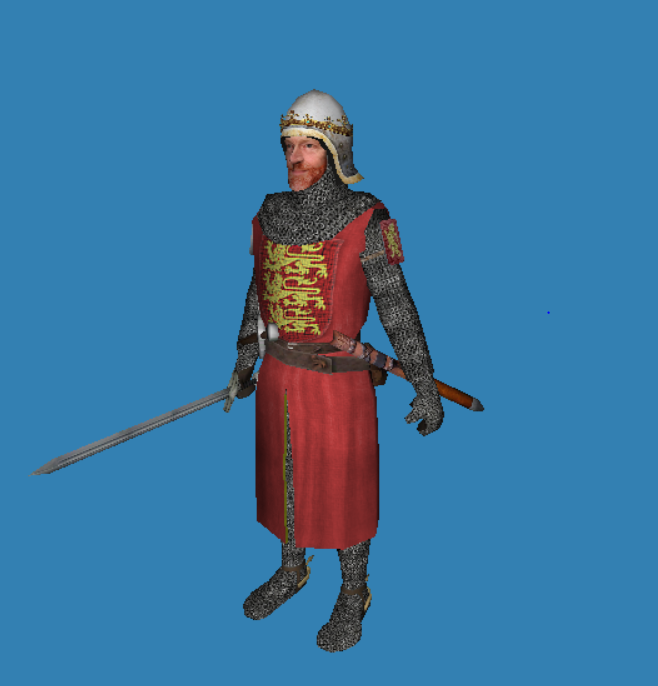 Next week I plan on starting on rebuilding the Antioch faction. Antioch will share a lot of Jerusalem’s units, but they will have some unique/different units like Norman knights and Armenian levies. Stay tuned.

And no problem man, you not obliged to do it every week.

When is the mod going to be ready.Just asking