Current State of the mod. Antioch development specifics and remaining tasks before the first release.

Hello friends, welcome to the latest DA developer blog! First of all happy new years! I wish you the best in all of your endeavors for this year.

Now to the mod. As I mentioned in the previous blog, I am planning the first release of this mod for later this month. I have selected Friday, January 29th as our targeted release date. I only hope that all of my prerelease tasks and preparations go smoothly.

So what has changed in terms of development since the last blog? Here is the changelog:

- Philip Augustus has been rebuilt/remastered and will spawn during the Third Crusade for Antioch like Richard spawns for Jerusalem: 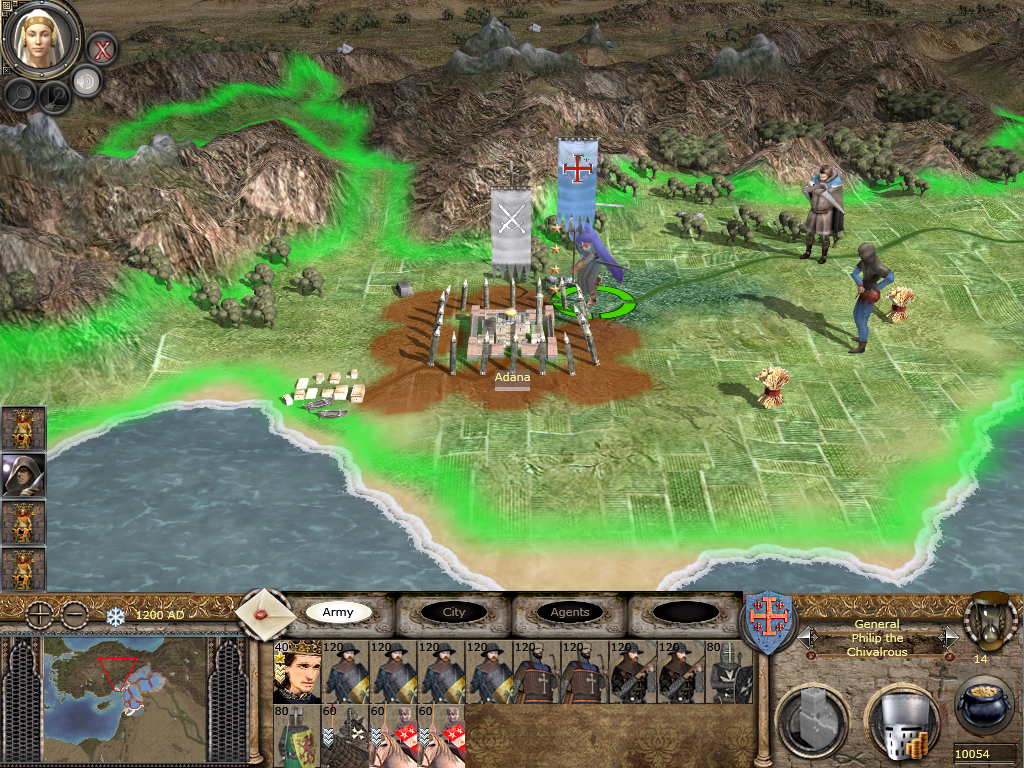 Philip on the stratmap, battle model pics of him and his French knights posted in images.

- The last Antiochean general has been implemented, the Marshal of the Hospitallers. Like the Hospitaller Grandmaster available to Jerusalem, he is a constantly respawning general that will for the Antioch player respawn at Krak de Chevaliers every time he dies/is killed. He is a good infantry commander and will respawn with an elite unit of Hospitaller knights. If you lose Krak, you will lose access to him. 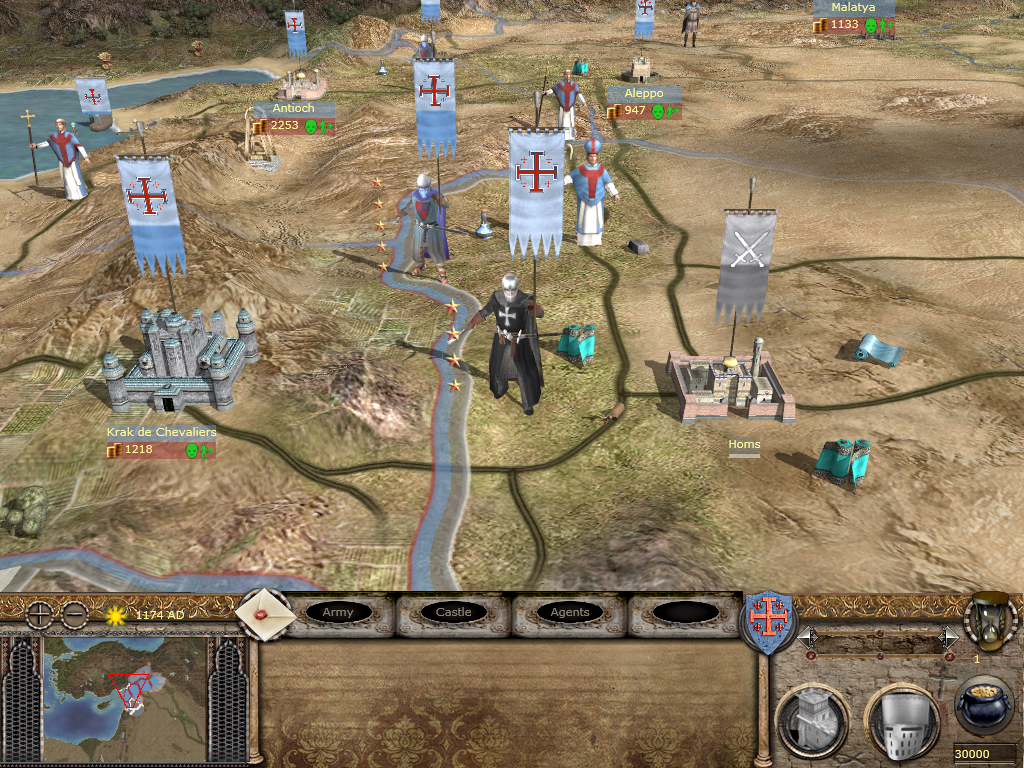 The Marshal of the Hospitallers on the stratmap.

- Antioch's icons are redone within the game menus and in-game as well. 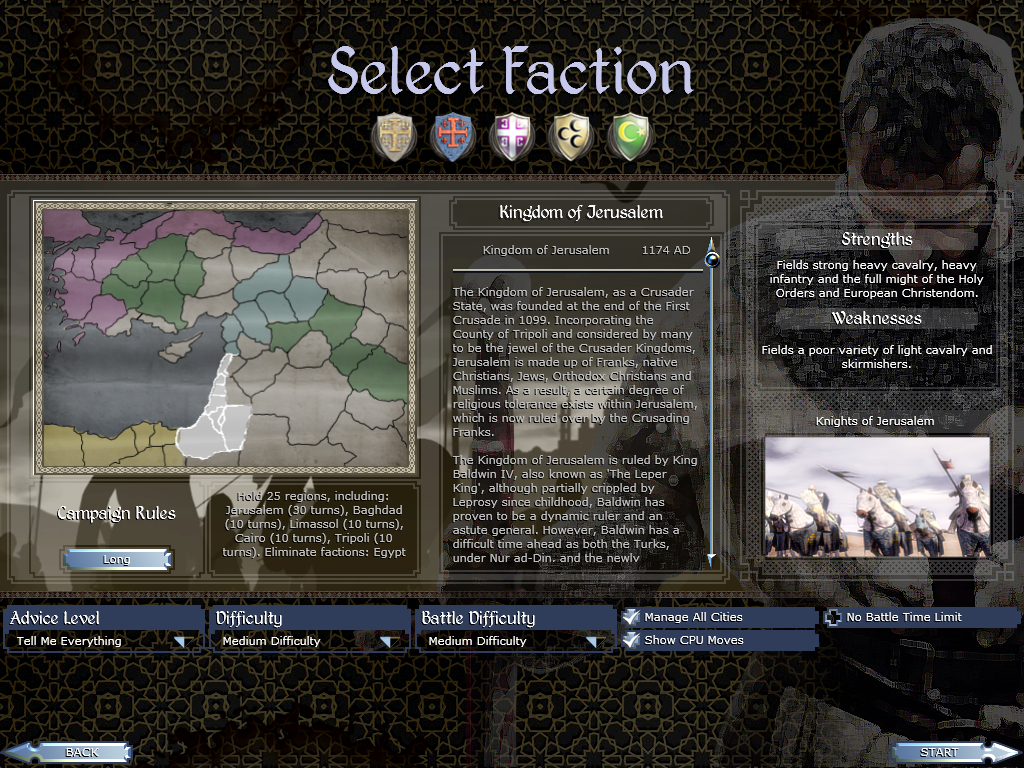 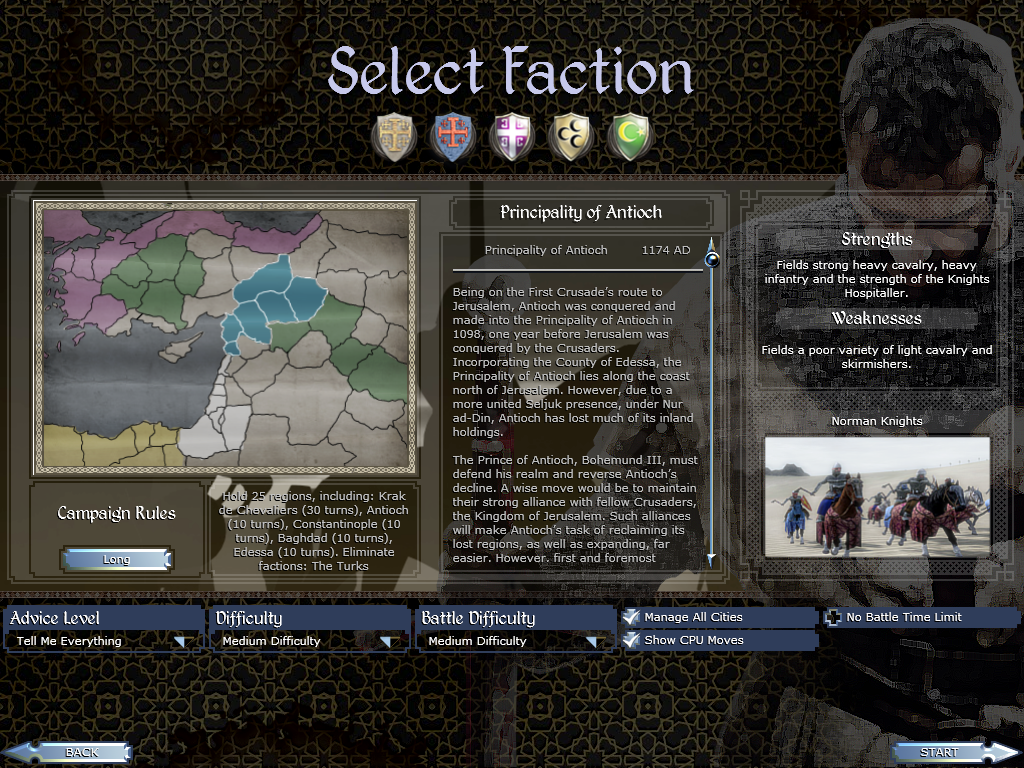 These are the remaining items I am interested in tackling before release:

- Make some mercenaries available in the Levantine and Syrian regions, mainly using existing DA units. I am open to suggestions. I am thinking of four mercenary units for now, Latin Crusader Knights and Spearmen, Turcopoles, and maybe some type of native Arab spearmen (this will have to be a new unit).

- I am rebuilding the battle models for the Turcopoles, as I am still not satisfied with them, trying to finish this in the next day or so.

- Need to reconfigure the blacksmiths; essentially change what benefits they give since they will not be upgrading armors as DAs units do not have different armor tiers. I am leaning towards setting them up like how they work in Broken Crescent: upgrade melee weapons and increase recruitment slots for a settlement. I am open to suggestions here too.

- Redo the artwork for events. There are way too many to do at the moment, but I will do as many as I can.

Stay tuned for more updates as the first release nears.

YAY! gonna give it a run!