Tons of new features and our official Kickstarter announcement!

Over the past few weeks we've been working away at both the game and our upcoming campaign. Now that the official announcement has gone out, I can reveal that Defragmented is coming to Kickstarter on Friday, May 29th! We've spent quite a large amount of time organizing this campaign, and still have many hours ahead of us until it goes live. Please spread the word so we can get this project funded to it's full potential! 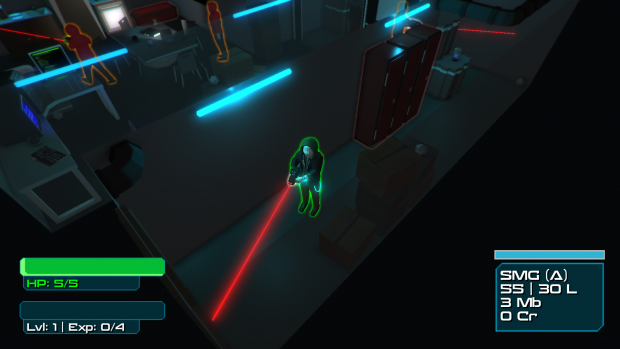 Now, I'll get to the meat of this devlog. One of the most noticeable changes since the last update is the new character models. We worked with a concept artist to come up with a unique design and outfit for the character to stand out in our world. 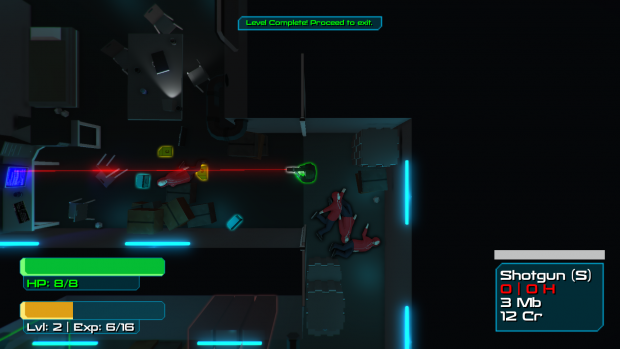 In addition to the character model, the enemies received a makeover as well. Now, the two are easily differentiated at a glance. Of course, various other enemies will be presented as the game progresses. However, in our first two demo levels these red-hooded enemies will set the stage. 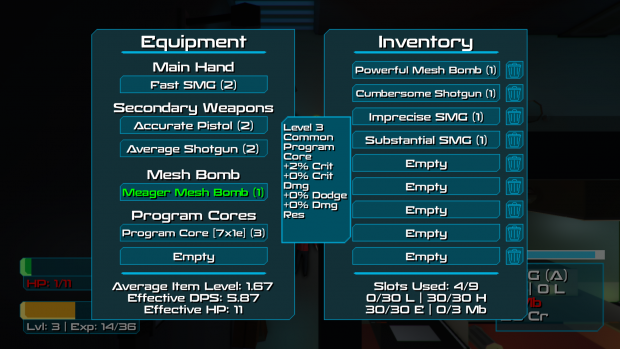 Program cores were another major feature that was fleshed out since the last update. These act as rare "trinket"-type items that provide bonus percentage stats. The player can equip two different program cores to receive even greater stat bonuses suiting their playstyle. 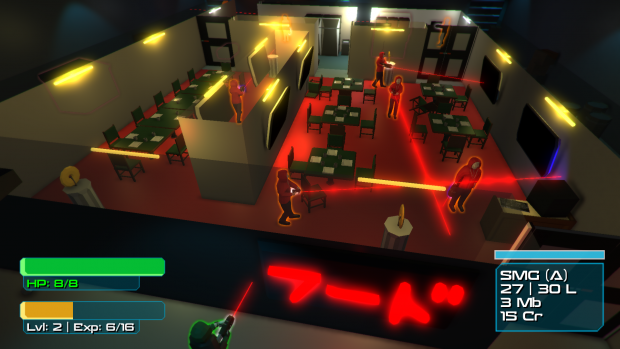 A less obvious change is the slight improvements we've made across the board to the overall visuals. As with every update, we improve the visual quality and "game feel" in large, mostly unnoticeable ways. From the lighting to the screen effects and much more, the experience simply feels much better to play. 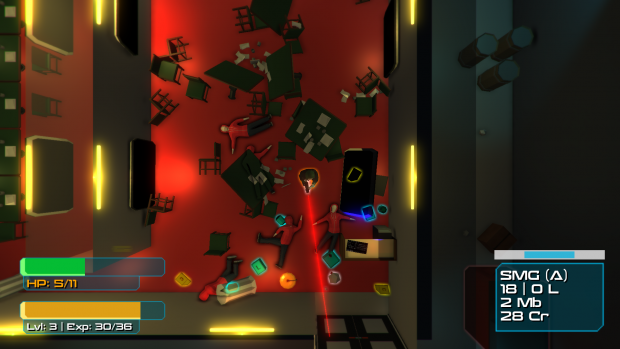 A final major change that was added in the past few weeks is destruction. Previously, you could knock numerous objects around the level by either pushing them or shooting at them. Enemies could do the same, effectively destroying your cover. Now, the player has much more direct interaction with the world. Televisions can be knocked off walls, monitor screens can be shot out, plates and sculptures can be smashed, and much more. Given these new destructible systems, a multitude of possibilities in level design are now open to us. Who knows how far we'll take it.

Expect the next devlog to be up alongside the kickstarter campaign. Feel free to spread the word about the game, use #defragmented on twitter, or reach out to any of us about the project. We have a big campaign ahead of us, but we're confident that this game will live up to it's potential.