The very first thing to figure out in game development (from a designers point of view): What’s the very core of the game, what is it all about, which experience should a player go through playing the game? This is, what we call the game’s theme.

today is another day for our developer talk and we want to talk about the game's theme. Enjoy.

The very first thing to figure out in game development (from a designers point of view): What’s the very core of the game, what is it all about, which experience should a player go through playing the game? This is, what we call the game’s theme.

We always knew what Submerge should be about, but as we tried to write the theme of Submerge down in as few words as possible we had a really hard time. It seems that having a feeling of how the game should be and actually expressing it to communicate the theme to other team members are two very different things.

It took a lot of sleepless nights, drove us crazy and was much harder than expected to come up with a single phrase, nailing the Submerge theme down. But finally here it is: Submerge is about …

It does not sound very special nor very impressive, obviously one sentence is not enough to describe a game. But it helps a lot if you write down your game’s theme in one sentence. From now on this theme builds the core of our design, helping us to evaluate whether a new idea or feature fits the game theme or not.

Of course this one phrase is not enough, instead it is the beginning of getting to know your own game better and defining more aspects which all should support the core game theme. 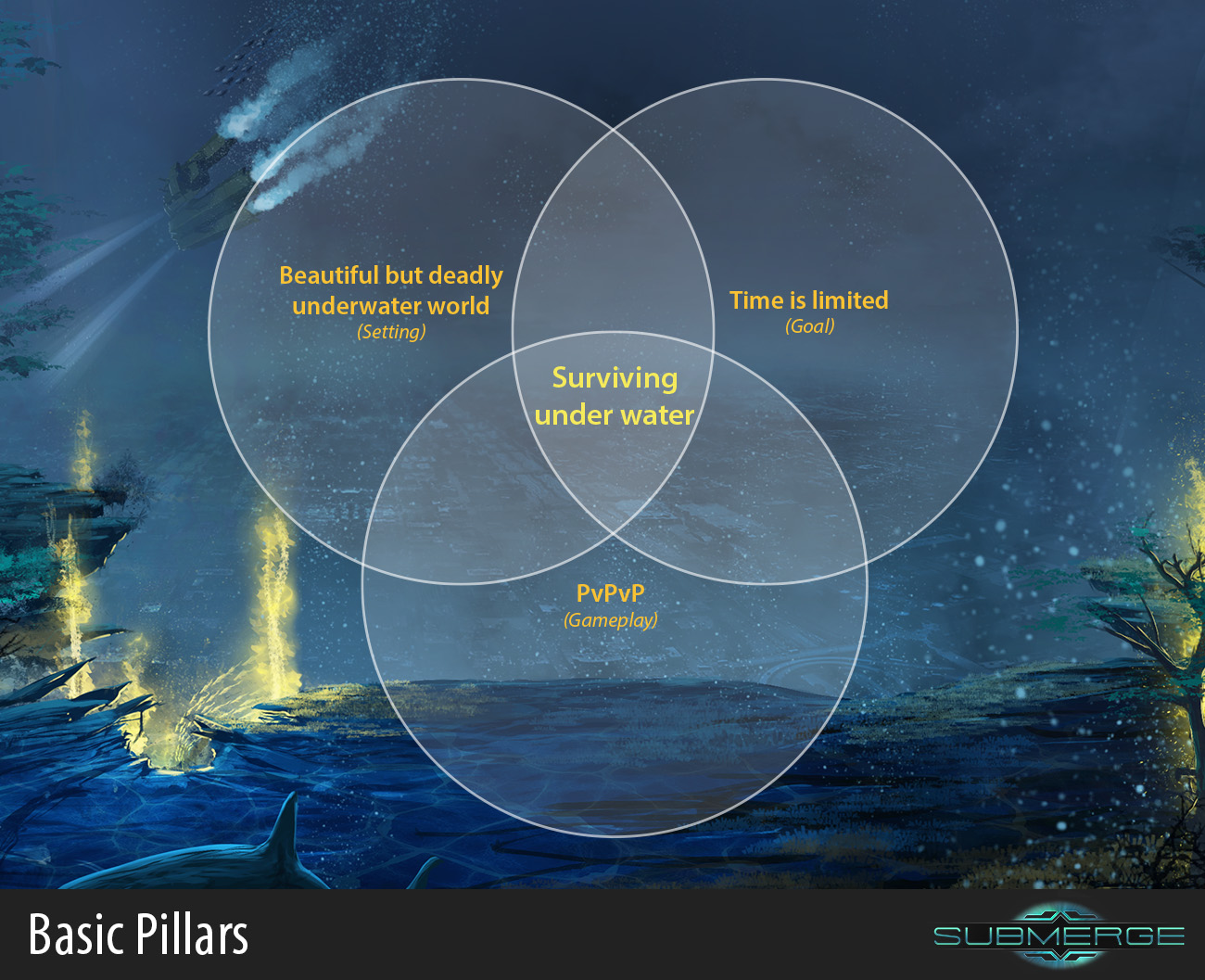 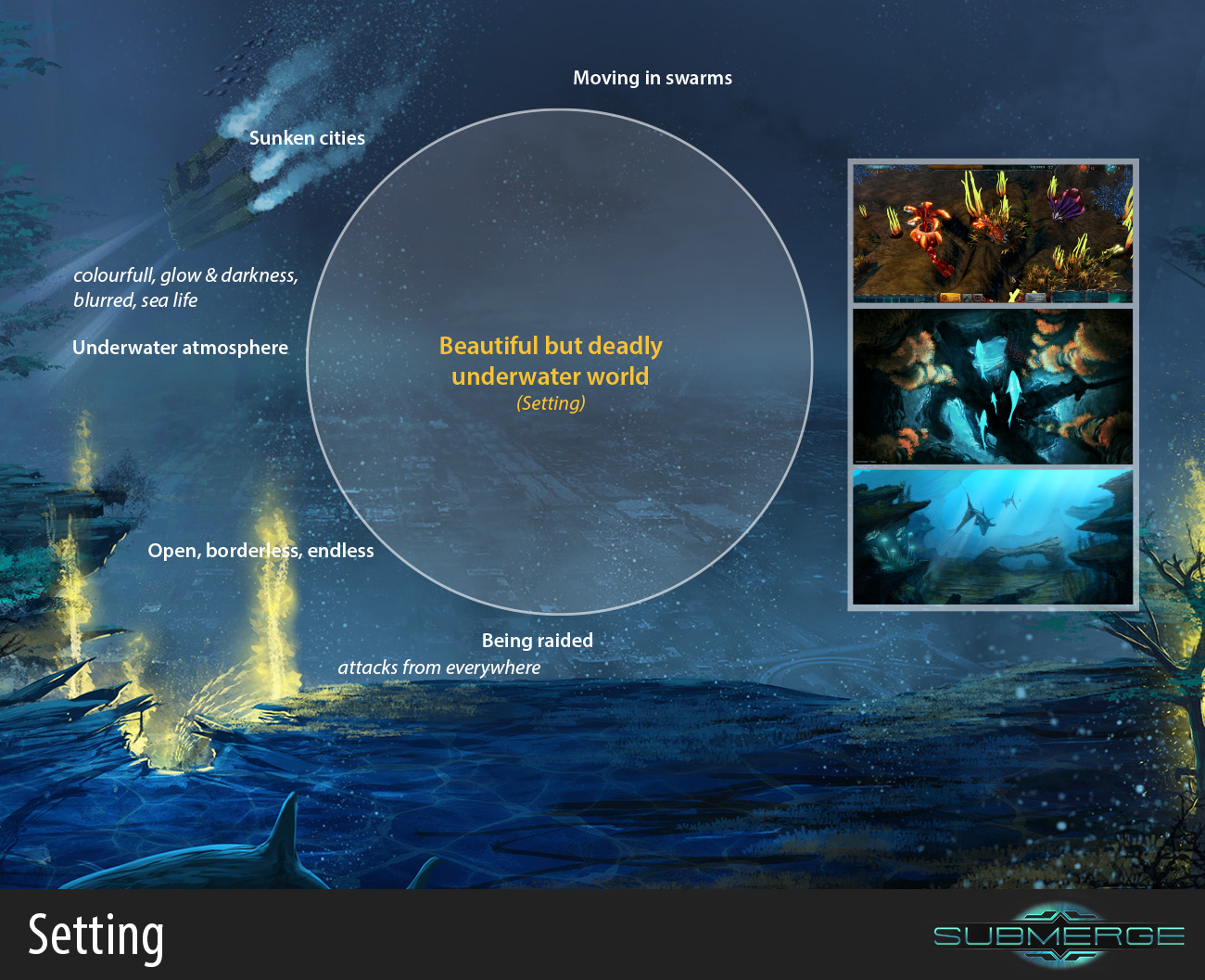 For us this expresses the experience of submerging into a beautiful, yet deadly underwater world, inhabited by colorful sea live, packed with corrals and with giant sea creatures lurking everywhere, trying to raid wherever we go. It also describes how all the inhabitants of this world behave. Creatures move in swarms and we players also try to keep all our units together not to lose a single unit to one of the many dangers out there. 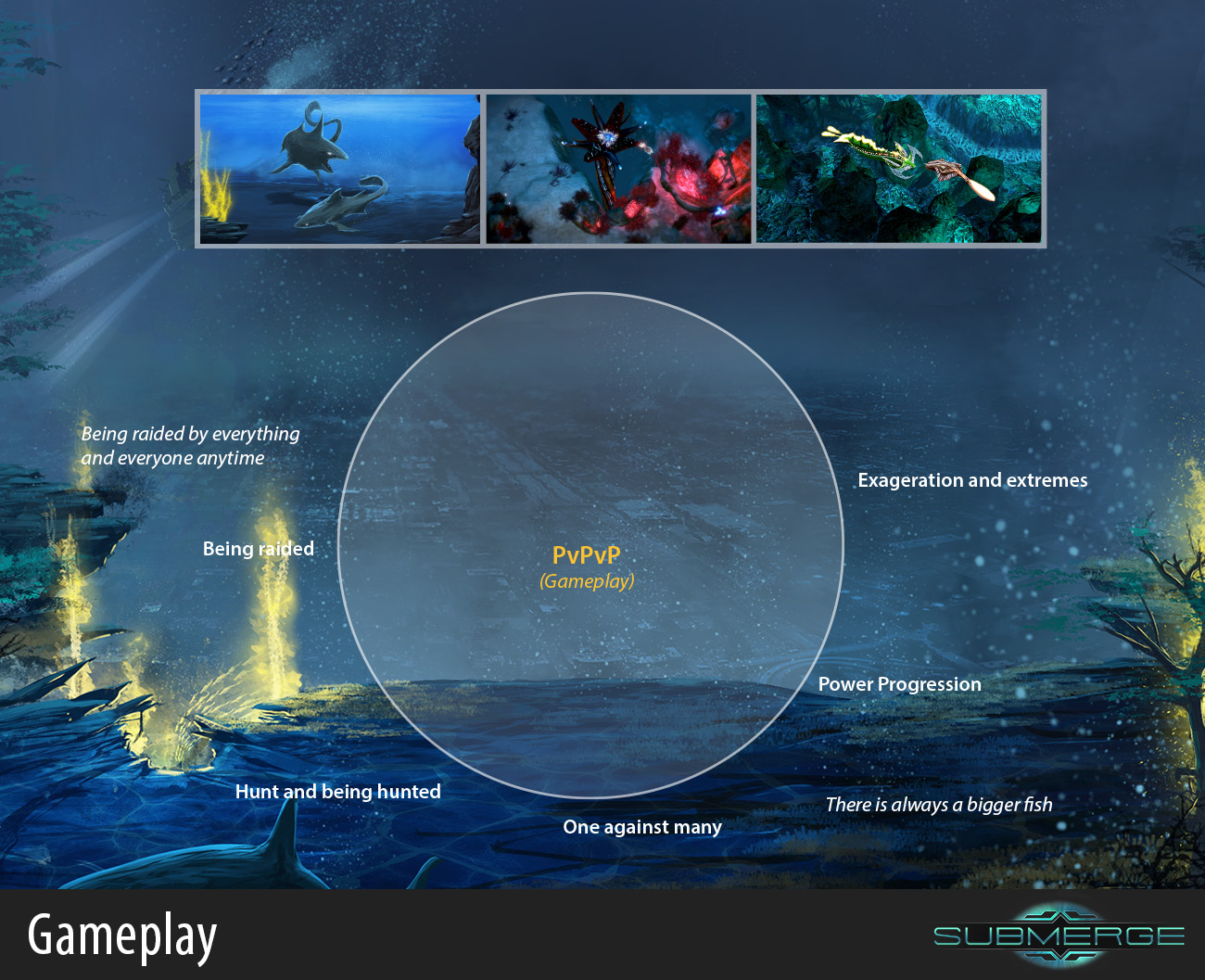 Submerge is about struggling with the hostile world, but also with other players, who are hunting us. This means getting attacked from everywhere – always on the run – trying to survive.

But it’s also about being the hunter, knowing and taking advantage of the dangerous surroundings and coming at an opponent from different sides. For us survival is about both, knowing when to take the risk to engage in a fight and when to retreat and come back strong.

This duality is what thrills us about the subject: Being left alone in a hostile world struggling for survival. For us multiplayer is the most important aspect to capture this feeling. Instead of brainless hordes of zombies we are facing other players, with their unpredictability, their tactics and their skill, which constantly creates new and interesting situations – at least that’s what we going for :) 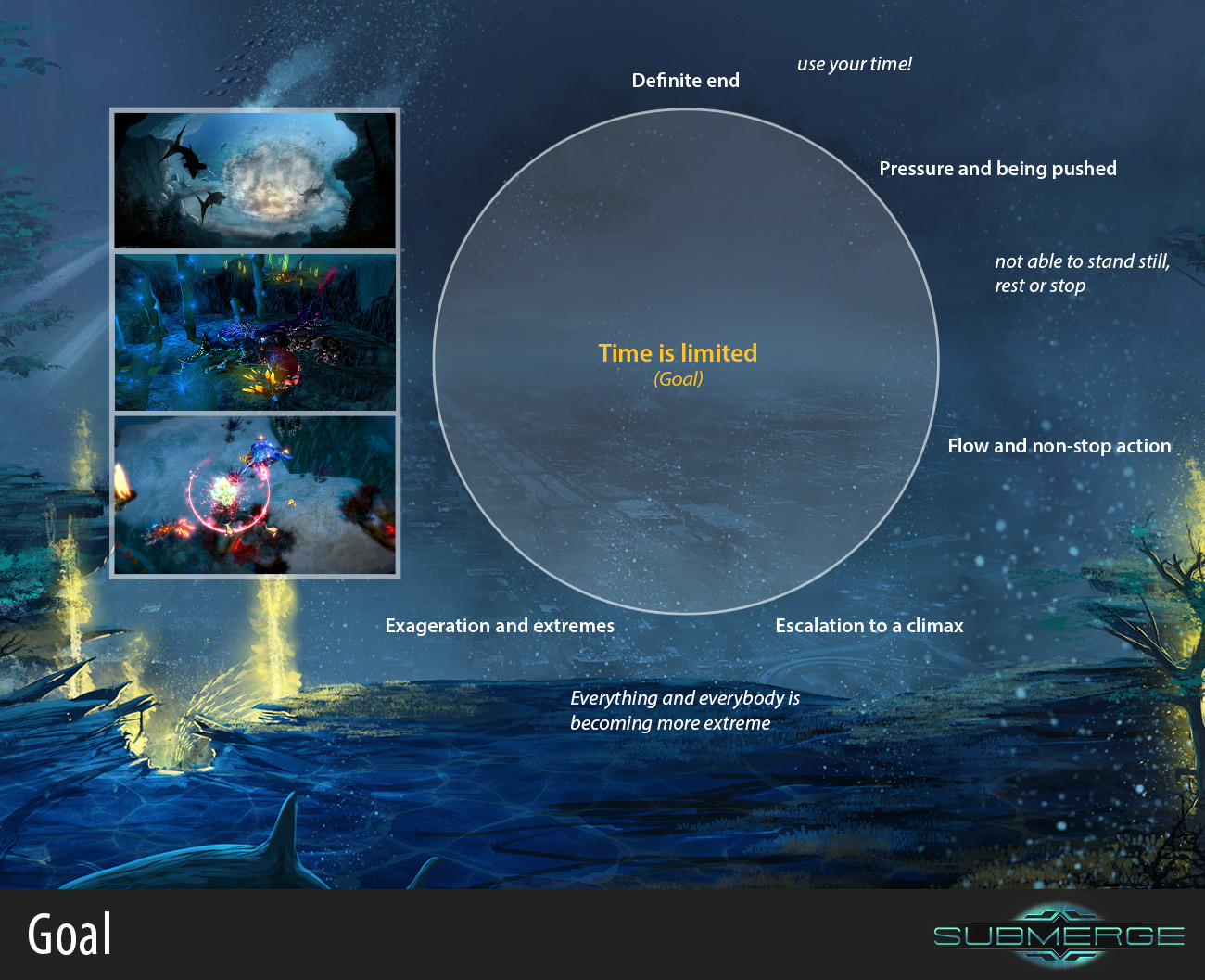 Part of the survival aspect is that challenges are getting harder over time, which increases the challenge of surviving and creates increasingly intense gameplay experience with fast, action-packed battles. Submerge is about not standing still, but constantly being in motion – chasing, fleeing, searching, while trying to become as powerful as possible.

I hope the post was interesting either because of the insights in our game development process or because of learning more about what we want to achieve with Submerge – both at best.

Did you like what you read? Would you like to read more about our game devolvement processes or the certain parts of Submerge? Leave a comment and let us know – we would really appreciate to hear what you would like to know!