Defence Stations Of The Pentastar Alignment

The primary use of the ODIN was as its name intended, fulfilling the heavy duty role of defence stations for the Alignment, the ODIN boasts a dual barrelled 146xm Linear-Induction cannon that can launch a thermonuclear warhead similar to a proton torpedo, but of greater yield at an upper limit of 60%. The ODIN also carriers a further 30 concussion missiles, 30 Point laser defences, 10 mass accelerators and 20 Heavy Turbo lasers. The ODIN is a force to be reckoned with. 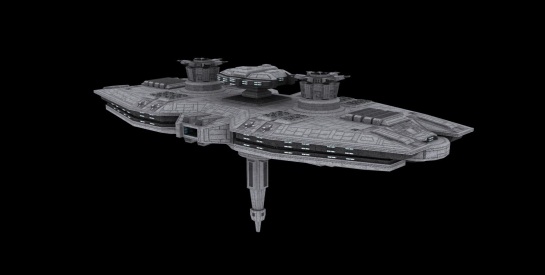 Built as the successor of the Golan I and II the Golan III was arguably stronger than an Imperial II Star destroyer, boasting a wide array of weapons, the platform is able to fend off many enemy attacks, usually put on high priority worlds or border worlds for high interest projects. The Golan being able to host a complement of 12 star fighters it is to be feared among enemy fleet commanders if it is seen in large numbers. 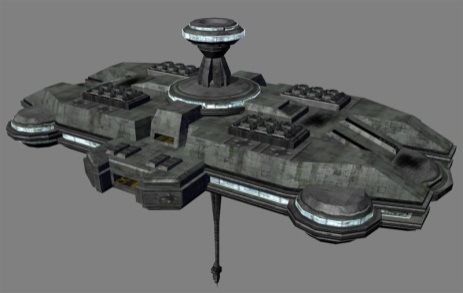 The Golan II being the successor of the original Golan Platform and little brother of the Golan III, the platform is able to stand up to most ships, it is normally stationed on low priority worlds were it keeps pirates and enemy invaders at bay while the defence fleet takes care of them as they flee. Boasting a complement of 13+ Star fighters it is able to support attack craft. The platform is much larger than your average Imperial Star destroyer and as such can normally take one down with ease. 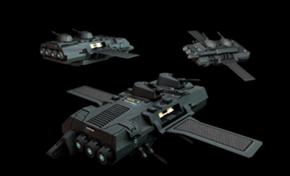 The Raskta, normally seen on most Alignment worlds is used to great effect, seen with Golan II's the station is able to take on most forces with its missiles, using an advanced shield it can defend itself from most enemy attacks and come out victorious. Boasting a large array of weapons the Raskta is normally able to take out 3 frigates on its own without support of other stations or ships. The Raskta is a station that is to be feared by enemies, although one notable weakness is that it does not carry point defence systems and as such must always have a complement of star fighters close by. 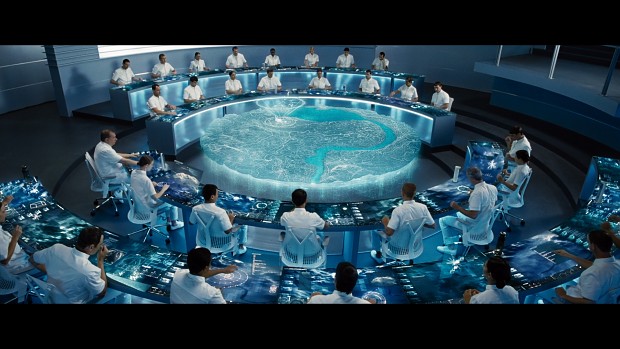 The ODIN Command Hub is known only to the highest officials and its crew. The hub over see's the defence network labelled the ‘ODIN Defence Linking Network' that controls all defences and links them to the hub, an outpost is stationed on every planet that the ODIN network is on and sends the current tactical data straight to the hub were it can be over looked for later battles and what needs to be changed, if in the case the ODIN outpost on a planet is destroyed the ODIN Command Hub will take over and then feed the data to the defenses. The command hubs location is unknown to only a select few, if the Command hub was to get destroyed it would be doom for the whole network, a special exterior use of the ODIN is used in the fleets of the Alignment, where it is used to its fullest.

Ground Defenses Of The Pentastar Alignment 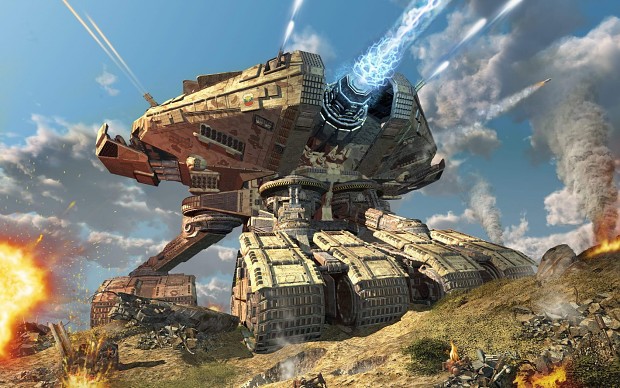 The anti-orbital defense gun is obviously used primarily for taking out enemy space forces, able to take down a Large Star Destroyers shields in 4 hits and penetrate the hull in 6. Armed with one of the deadliest guns in the galaxy, it is used to its fullest, boasting its own shield as well as tracks to move into a firing position although this process can take quite some time due to its weight therefore it is supported by support vehicles to move it into position. Anti-infantry guns are also present including repeater guns and mass accelerator cannons on the top of the mighty gun, for anti-vehicle it boasts an exceptional amount of missile launchers on the bottom of the gun able to take out most threats in a few hits, these guns are stationed on every Pentastar Alignment World to protect them to the best ability. 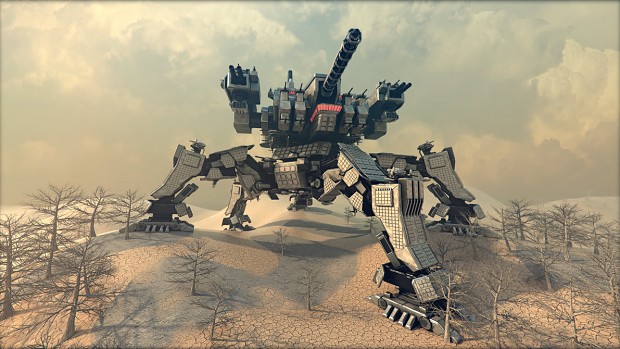 The long range artillery gun or LRAC for short is an artillery piece put in large numbers on Pentastar worlds. A devastating weapon, which can launch large ordnance over very large distances, dealing massive blows to enemy ground forces. Using a unique way to track and ideally hit enemy positions, dealing massive damage to enemy ranks, it is also armed with six 150mm Mass Accelerator cannons and two short range artillery pieces on either side of the main gun and finally three concussion missile launchers. 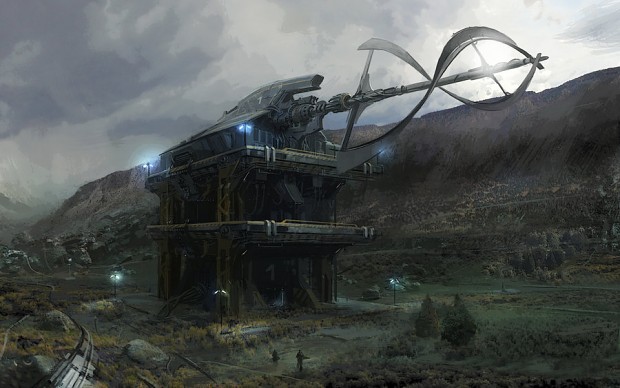 The Eden-Class Anti-Air Gun or EAG for short the quite a large Anti-Air gun, one of the biggest ever made in Galactic history. The tower is stationed in different parts of the planet in large numbers. Its main gun spins around in a spiral in a fast manor, charging up a pulse, it emits in beams and in blasts firing around ten blasts a seconds, devastating enemy air units and craft. The primary use of the gun is to eliminate air units although it can take out enemy ground units at medium range. 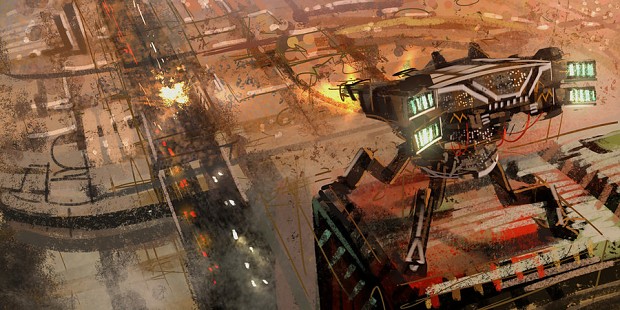 The Avernus Anti-Infantry Cannon or AIC for short, is as it name inflicts is an anti-infantry cannon designed for use for the Pentastar Alignment, firing at high velocities and at a very fast rate the cannon is AI controlled and has a personal shield protecting it from most fire, it can how ever be controlled by a user depending on which variant is used, it can turn to any way it likes in a full 360 degree rotation. It can be switched to HE rounds which further inflict heavy damage upon enemies. It is normally set up in ambush spots, military bases and bunkers, allowing for the defenders to inflict more damage upon the enemies. 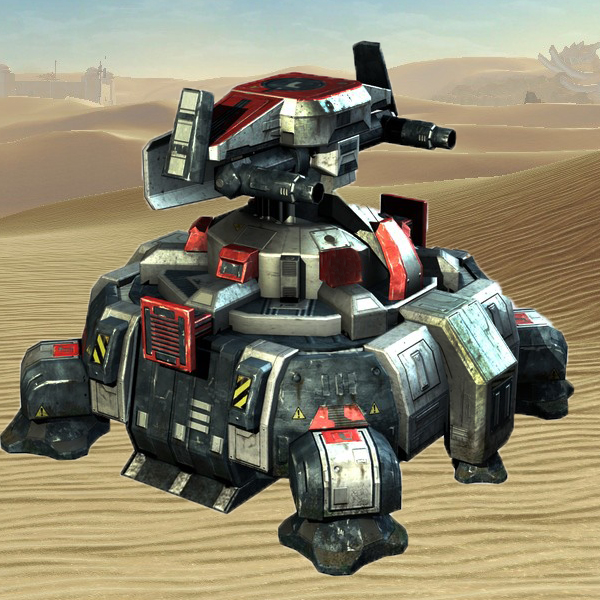 The Crucible-Class Anti-Vehicle Cannon or CAV for short is a short to medium range anti-vehicle cannon, firing at high velocities and with a fast rate of fire many vehicles can be brought down quickly within the first few minutes, in large numbers this is a true cannon to fear. The cannon can be loaded with a wide array of ordinance and can fire at a quick succession. The CAV is normally set up in large numbers and is AI controlled linked to the ODIN system as well for further effectiveness and is normally set up in fall back points, military bases, ambush points and high priority positions. Finally the CAV can turn in a full 360 degree rotation.