Huge update on Wintermourne and Deepwinter milestones as well as big changes to the gameplay of A Drud's Duel. Read about the completion of the Winter seasons, Map Chooser, the collectible Map Item, Fairies, Smashing Obstacles and final Release details!

I've completed the maps and story for the winter Seasons. Combined they exhibit over 50 new boards of challenging gameplay, including new Bosses and even mini-Boss battles. Wintermourne gives you the first glimpse of Master Grenyvaal, the self-proclaimed "Master of Nine Seasons." Nine, you say? What are those!? That's exactly what Warren must discover, but Grenyvaal is not as forthcoming as you would expect a villain to be. 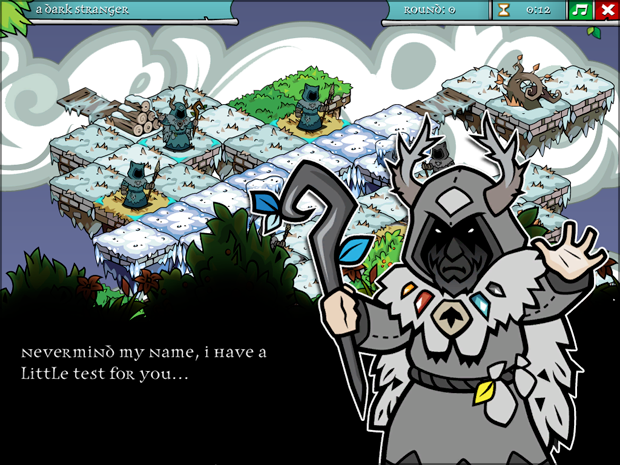 Map Chooser and the Map Item

Thanks to some insightful feedback from testers, I have changed how you progress from one board to the next. I've changed it from more of a memory mini-game to a visual display for where you are located in each Season relative to other boards. The artwork is not complete but here is a snapshot of what it looks like in the Deepwinter Alpha build: 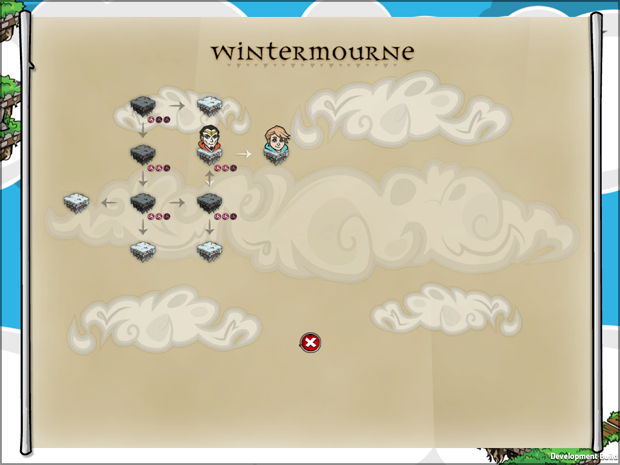 Combined with this new visual Map Chooser is the collectible Map Item. Some Seasons will reward your exploration (and Boss defeating prowess) with a Map Item. The Map Item allows even greater choices on the Map Chooser. For one, it allows you to replay the board you just played so you can improve your score. It also allows for travel to distant discovered but unbeaten boards. So instead of having to backtrack and replay the levels between where you are and where you'd like to go, you can skip directly to them!

Once you beat a Season, you are further allowed to replay any boards you already beat, skipping to any discovered board to give it a try. This also opens the door for future updates where more collectible items could be added easily.

A Druid's Duel has always been designed to minimize random elements. I wanted the game to be a strategic game with the main limitation on your success being your skill. However, there is something to be said for both catch-up and random elements offering surprise rewards. Besides, what's a whimsical game like this doing without something like Fairies? 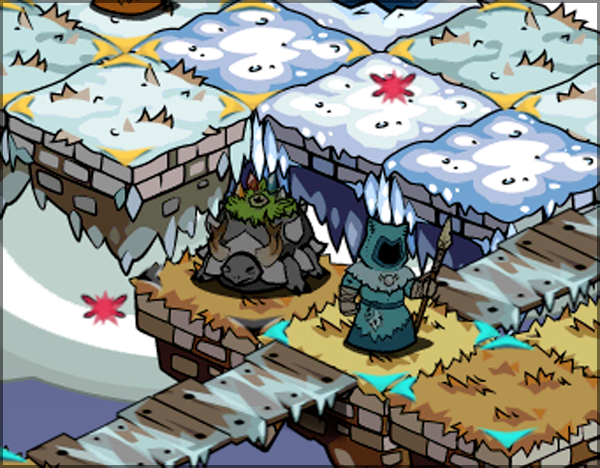 Fairies give you an instant Mana bonus when you capture one. Besides defeating another player, this is the only way to get bonus Mana you can use on your current turn, so they can potentially change the course of the game.

Fairies are spawned in two ways: If there are none on the board, the game will simply add three on the next turn change, randomly placing them on the board, including over empty spaces (Fairies can fly, after all!).

The other way to find Fairies is to use the new ability of Snarlclaws and Bears to destroy Obstacles! Any time an Obstacle is destroyed it will spawn a Fairy somewhere close by. Fairies never expire and the longer they are around the more Mana they are worth when captured, from 3 to 9. But those pesky little guys are impatient and curious, so you might have to chase them down!

Wintermourne and Deepwinter provide an even deeper challenge by dramatically mixing land types into the board design. Recall that each Season land type generates Mana at different rates, with Deepwinter the lowest at 1 Mana per turn. 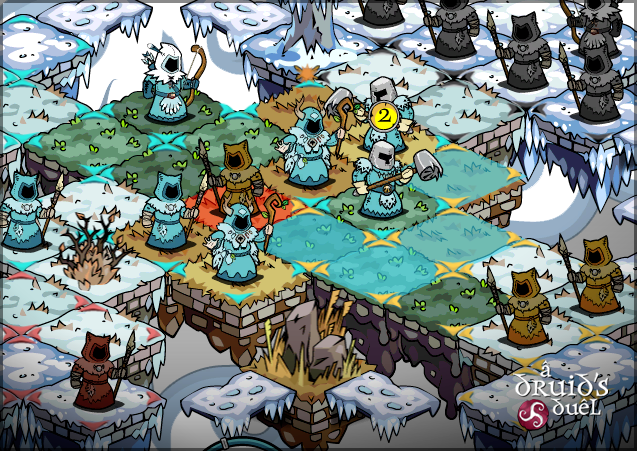 When using the Waywalker to create land, you'll have to figure out what type of land will be created, all based on which Season you are in. There is a pattern to the madness and it's all a part of the strategic and visual puzzles that are at the core of the game. 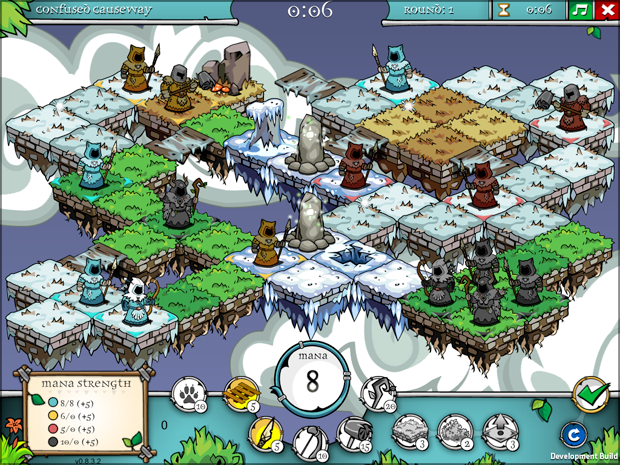 The Mac and Windows release of A Druid's Duel is slated for mid-January 2015. Thoughtshelter Games has teamed up with Surprise Attack Games, an indie games marketer and publisher out of Melbourne, Australia to bring the game to as many digital stores as possible. The extra bang they bring to the table is very exciting and I can't wait to finish up and get this game into the hands of gamers the world over :)

The iOS version and any other platforms will be released following the initial launch, likely a month or two later. The iOS and Apple's Mac App Store launches will probably be done together as their requirements are pretty similar. All platforms will be able to play multi-player games with each other, meaning there is no limit to who you can play with based on which platform you prefer.

The Single Player campaign features are slated to be complete by the end of October with work then moving on to refining and testing the Online Multiplayer features. We then move into final QA and testing later in November and throughout December in preparation for the afore mentioned release in January! So Much Excite!

I hope you enjoyed this shotgun mega-blast of Dueling Druidy goodness. It's been a wicked ride so far and we're just getting started!