Hi guys, this is a short update for December. Have fun with the stuff! :)

Posted by MerlinGalgotta on Dec 9th, 2009

Hello community, it's been a while since our last news, but today we have some new stuff for you. It's not that much, mainly because Christmas is almost here. ;) Beside some new pictures we have some general information about the mod for you.

That's not the 100% final list but you can be sure, that these will be part of the first release. And now to the screenshots. First of all, we have the hardpointlayout of Atlantis for you. It is not really spectacular but it is adequate and Atlantis will rock anyway! :) 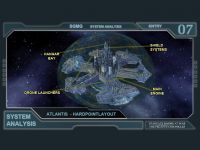 Promissed in the comments, here is a render of the Traveler ship. It is still WIP, although the mesh is almost finished: 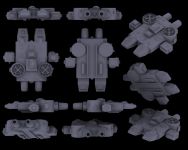 Unfortunately the last things for today, but here are the finished Tech level 2 and 3 Tauri stations. Apart form the render we have some in-game shots including the rotatable turrets for you! :) 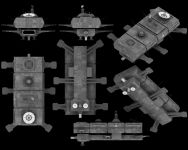 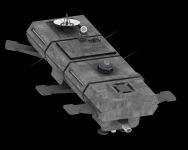 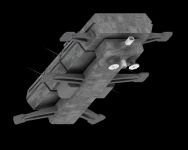 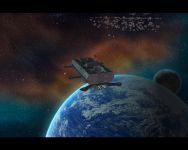 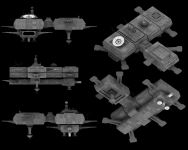 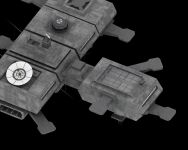 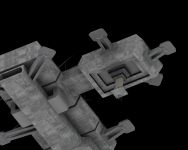 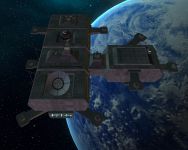 That's it for today, have fun with this small update! But as i said, Christmas is almost here. ;)

Give me an extra thumb and I'll give Three Up! lol. Awesome guys! ;)

thats dope, its like midway on steroids. totally awesome!

What does "Christmas is almost here. ;)" Mean?
Just that Christmas is good or that you *may* be releasing some playable material?

Of course NO playable stuff...

no well christians we believe that jesus was born on december 25th, we call this christmas and we celebrate this day by giving gifts and spending time with eachother, and for the lucky ones we get a hell load of money and big gifts, which is good thats where the expression looks like christmas came early but no they will not be giving anything out

wow that stuff looks really good! Merlin are their plans for a Wraith vs Lantean Campaign? Get a chance to rewrite "ancient history" so to speak? =o)

I remember early in the series the Atlantis team found the database of all the planets the Ancients controlled. I am not sure which epsiode showed the giant map, but that would be a good model to use.

That would be awesome Merlin.

ahhh yeah i remember that it was in the siege where shepperd was showing the colonal i think it was. it was like every single planet then the wraith got one lol

This map has no planet names and is simple boring!

Looks to be good, keep up the good work and well done for staying committed, i'd have probably given up long ago and snapped my keyboard or something, loved the first one, can't wait for this one