We're into December. This is a shorter update than usual, simply because we just don't have that much area to cover. First up:

We're aiming to wrap up production, and ideally, launch sometime within the next ten weeks. As before, this is a loose estimate based on current progress and team member availability, and until environment design is finished, it will remain difficult for us to commit to a fixed launch date. In other words, we won't know when we will release until we're nearly ready to do so. This is simply part of making a non-commercial project with a widely distributed team; as much as we would love to, we can't guarantee a steady development pace.

This leads into the next bit...

What we have for you right now

Currently, the environment being redesigned is Area 51 Sector 2- the entrance area to the underground bunker that houses staff barracks and recreation. We've got a few screenshots of that to share: 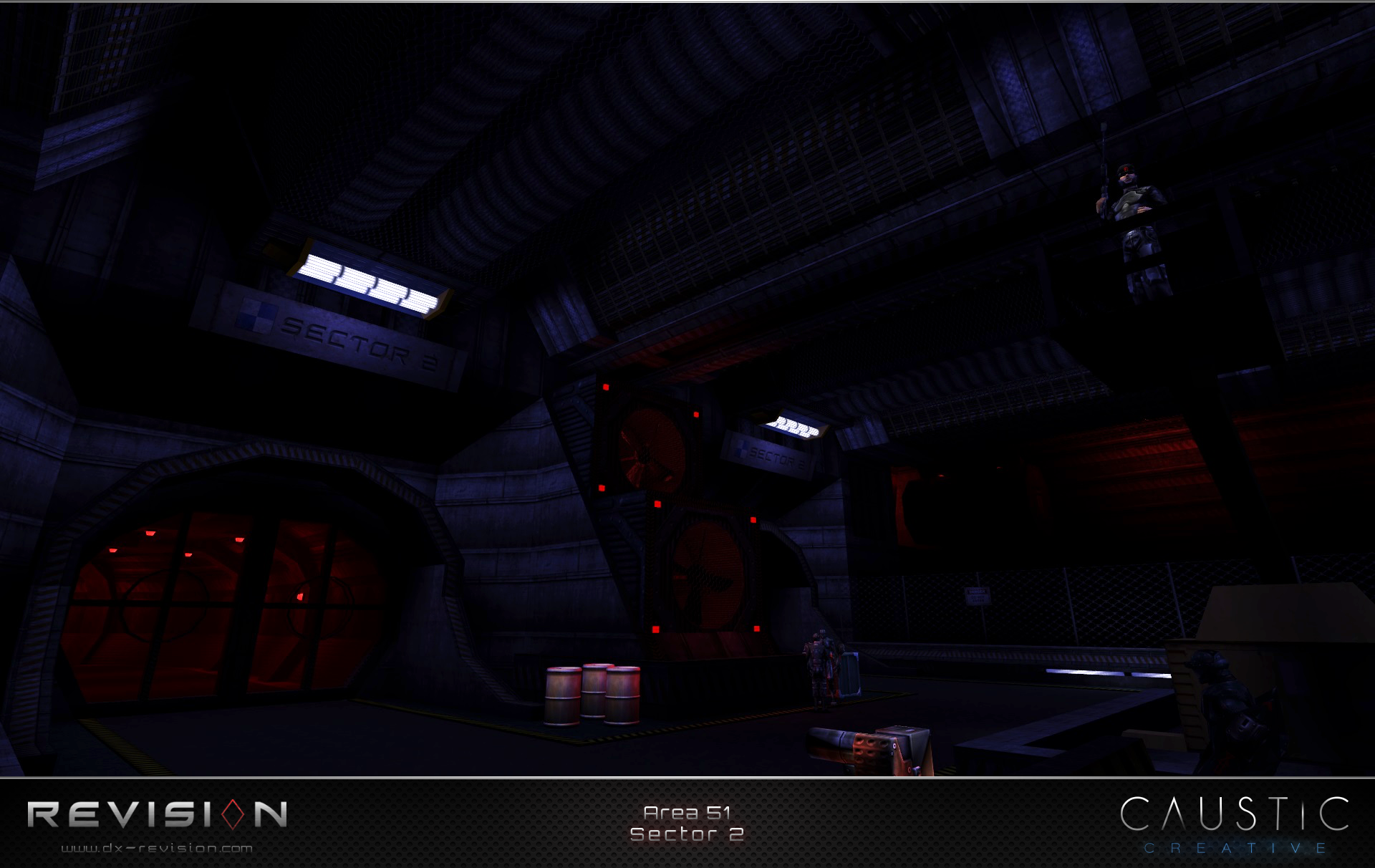 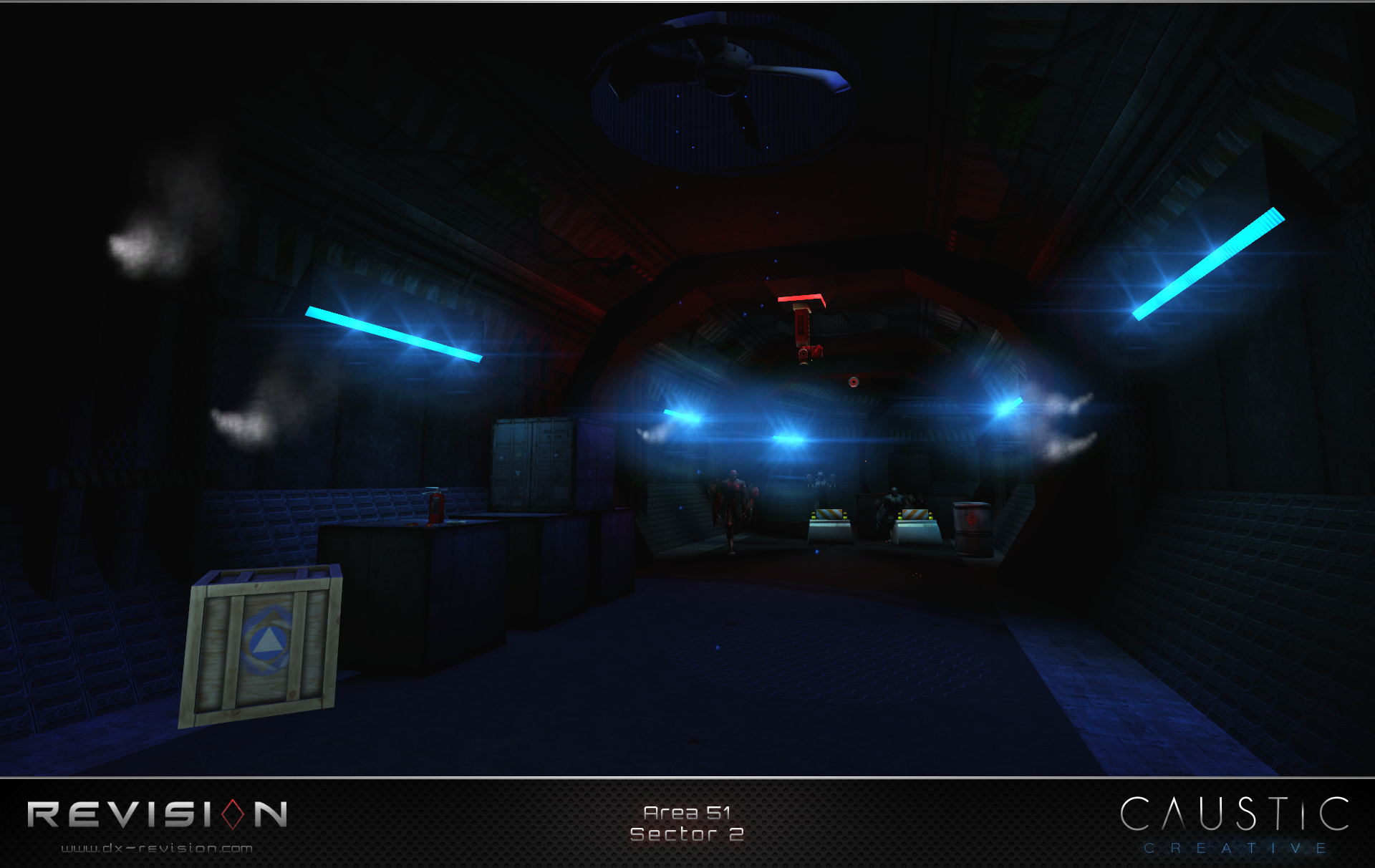 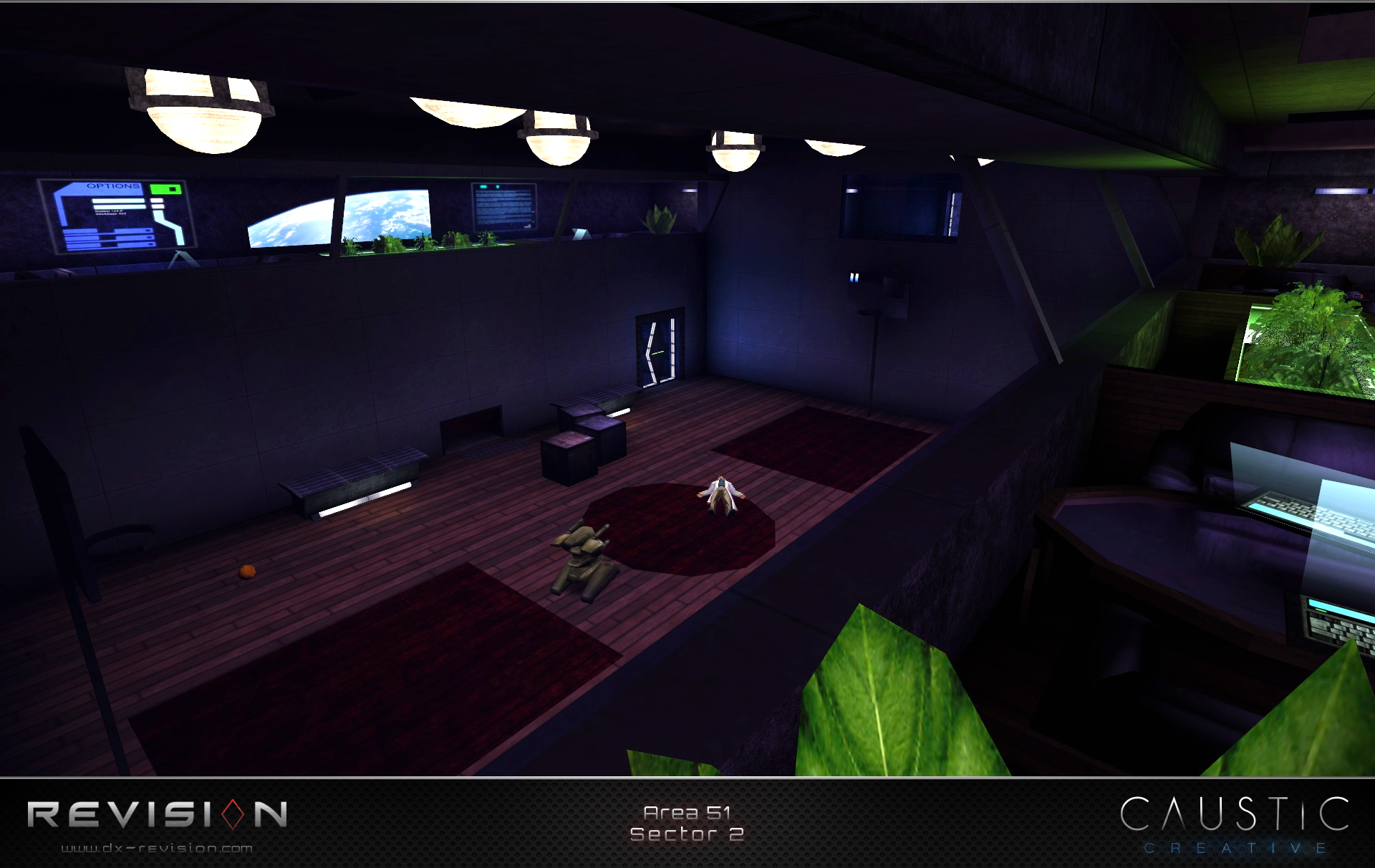 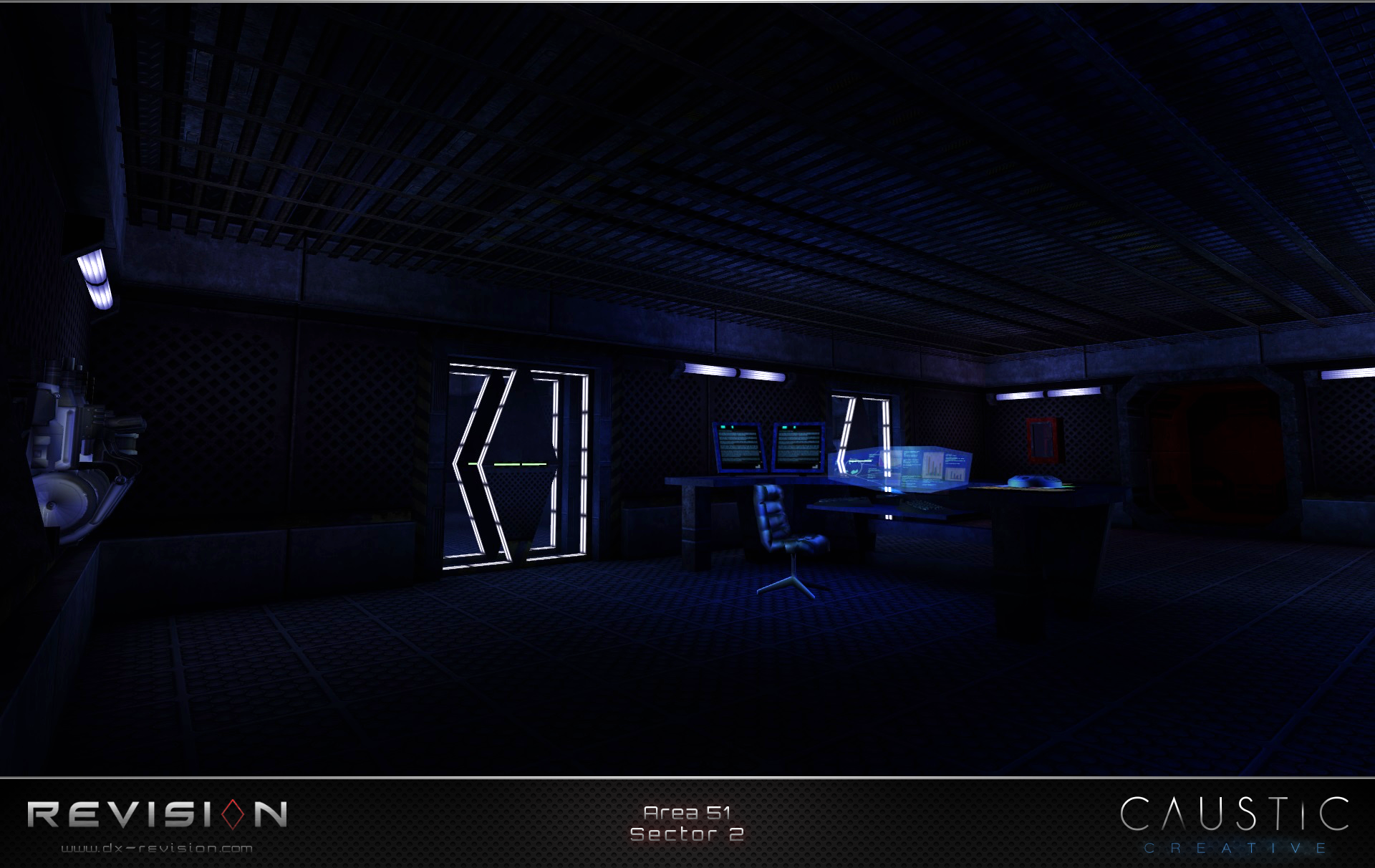 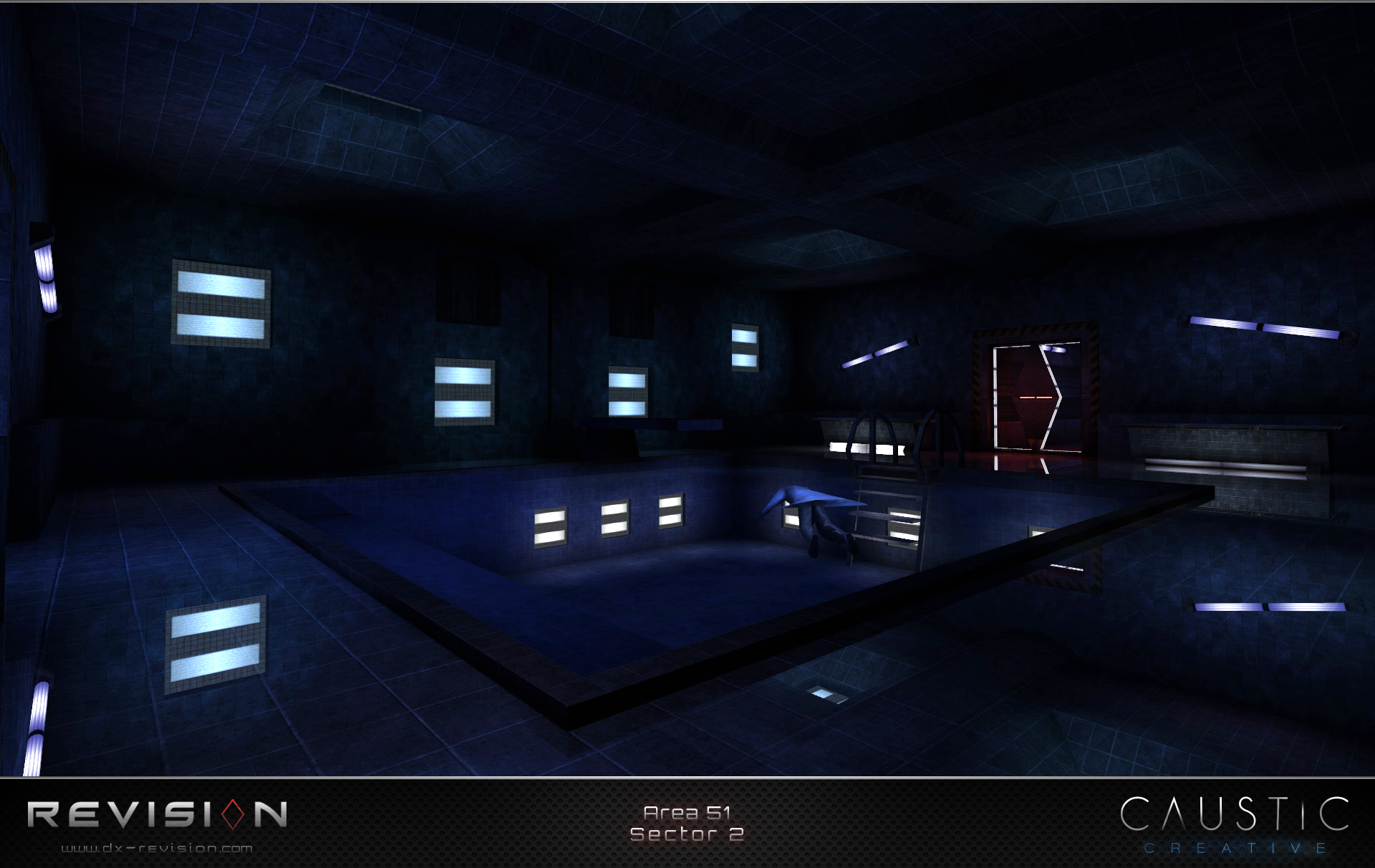 We've also got another tune from the Revision soundtrack: Enemy Within Conversation.

We know that development on this project can be frustratingly slow at times, so thank you for bearing with us. We're closer than ever to completing this project, and we always appreciate your support. We'll follow this up with the Revision Goodie Bag on Dec. 24th as a sort of christmas present to the community.

at least, some good news!!!
thank you and good luck with finishing it up!

I just want to wish you good luck. We're all counting on you.

thank you for the update!

Long time coming and well worth the effort. You guys are much appreciated for your commitment to this endeavor and this epically historic game. Please know that we are sincerely grateful.

Looking forward to hearing the new track when I get home :)

new track is excellent - I am really looking forward to seeing how it affects the mood of the levels. Great work guys!

I am so excited for this! And hey guys, no pressure really, you owe us nothing. We are all just really appreciative of this project. Release it when its ready. And thank you again for this, it is greatly appreciated.

That music, those screens...man this just made my month. Cannot wait!

Thank you for the update! Best of luck on progressing with your project, don't forget to also have a jolly good christmas!

Appreciate the heads up. It's looking absolutely amazing, so keep up the good work Revision team!

Keep going guys. This looks and sounds fantastic. Keep up the great work!!

I hope I will be able to run this. Looks good. Keep it up!

Worth the wait for a remastered replay!

yay update! Keep on truckin', we are all waiting for you at the finish line!

Bump just to remind you we haven't forgotten! When you finish this up, I'll be happy to promote it to streamers and get you some publicity! I played the early version (the one up to Hell's Kitchen) and it was a great update to the original. So I have a lot of confidence about the final version.

Just checked the main site again today and saw that you are finished with the levels and are polishing up the cinematic and remaining tasks. As a long time follower of this project and a very early days map tester (Back like 3 websites ago) I am beyond excited to play this. I would pay full retail if I could.