This month's achievements include some particle effects, gibs and new spikeclaw models.

Now it is possible to gib the characters and their corpses with new gib models. Damage system was simplified back to non locational and it seems more fun. Armor has three locations: Head, Torso and Legs. 20% of the damage goes through Head armor, 45% goes through Torso armor and 35% through Legs armor. Bleeding is also in three locations, but that is more just visual effect. I think it could be completely non locational.

Monsters can "swim" now and be damaged by staying underwater too long. Earlier they just got damage from the liquid if it was hazardous, and walked at the bottom. The monster swimming is quite a lot bouncing up and down trying to get away from the liquid, unless player is there too.

The spikeclaws got a fireball attack and two different models & textures. The smaller model is called Hunter and she will use fireballs more often. The bigger model is called Berserker and he likes to get his claws and spikes bloody. The Hunter can also try to lead her target when she's spitting the fireball. The Berserker only shoots the fireball where his target is when he shoots it. The target leading and fireball spitting ability will probably be available for higher level spikeclaws, but I haven't done the monster leveling yet. I think it could be the next gameplay change together with player becoming better with more experience.

Next other things I might do are (in no particular order): player and weapon models, monster model, textures and sound effects. When I have all those done, I think I could make some new level and record some video.

Here are some screenshots: 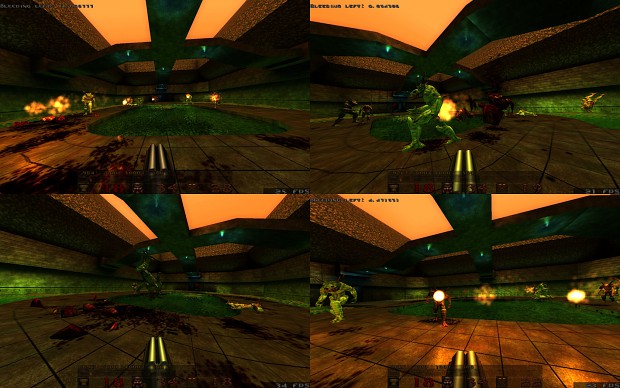 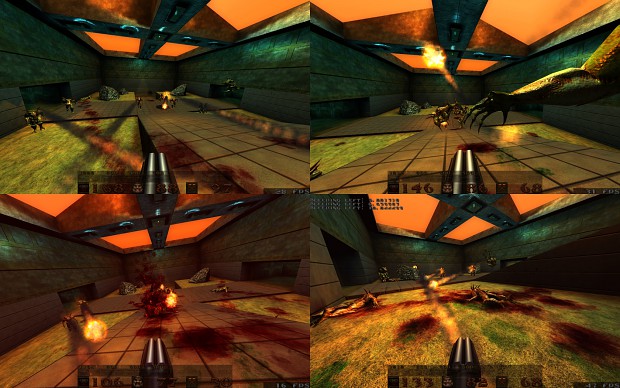 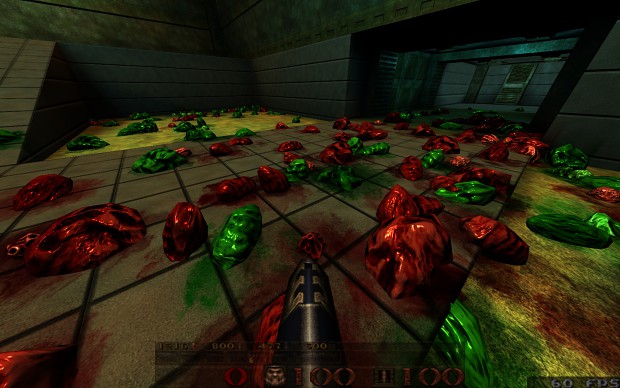 also cant wait for another video! its cool to hear how your mod will have rpg elements to it.

hmm now that i look at it, i think you should make the gibs just a little smaller they look over sized.